These 6 Languages Were Created Completely From Scratch 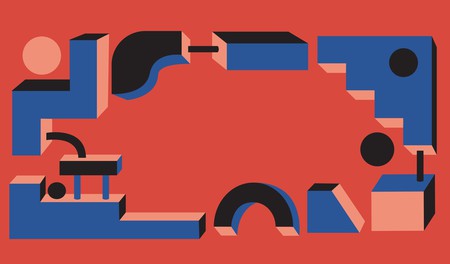 You may only have heard of Esperanto, but there are many other ‘constructed languages’. Here is a brief introduction to some languages that were devised to change the way we communicate, reduce ambiguity and bridge divides.

Who, when and why: Probably the most famous of the constructed languages, Esperanto was created some time in the late 1870s by a Polish-Jewish ophthalmologist, L.L. Zamenhof. Growing up in Bialystok – then part of the Russian Empire, now part of Poland – Zamenhof saw people divided by linguistic barriers. He observed at the time that the city was separated into four distinct cultural groups, ‘Russians, Poles, Germans and Jews; each of these spoke their own language and looked on all the others as enemies.’

Zamenhof envisioned Esperanto as a one-stop-shop that would bypass the need to learn other European tongues. As he saw it, not only would this save people valuable time and resources, it would also create what he hoped would be a pan-European brotherhood. He got his wish in part. Following the October Revolution of 1917, the new government supported its teaching, but the ascendance of fascism in the 1930s drove Esperanto underground, as Hitler saw it as a potential tool for ‘an international Jewish conspiracy.’

What makes it unique: Nowadays, it has about 63,000 speakers worldwide. You can learn Esperanto on the popular language-learning app Duolingo, and it is taught in schools in China and Hungary. Fun fact: the opening song to the video game Final Fantasy XI was written in Esperanto. 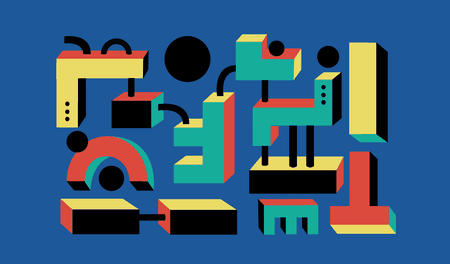 Who, when and why: Canadian linguist and translator Sonja Lang created Toki Pona around the early 2000s. Toki Pona is a minimalist language designed to reflect Zen and Taoist principles. It takes inspiration from a number of other languages such as Esperanto, Chinese Mandarin, Finnish, Dutch and Acadian French, but is designed to be so simple it can theoretically be learnt in just 30 hours.

What makes it unique: The language consists of around 120 root words which can be used to make compound words and sentences. Accompanying these is a pictographical alphabet and even a colour scheme. But what makes this language truly unique is how speakers must create metaphors and allegories to describe things, people or situations.

In keeping with its Zen origins, it is hoped that using Toki Pona will help people become more mindful. As speakers are limited to 120 words, they must communicate through metaphor. Listeners therefore have to interpret what was said by adopting the other person’s perspective.

Given the limited number of words, one situation can be described in a number of ways in Toki Pona. Speaking to The Atlantic, Sonja Lang explained that something as commonplace as a car must be described in subjective terms. ‘You might say that a car is a space that’s used for movement. That would be tomo tawa. If you’re struck by a car though, it might be a hard object that’s hitting me. That’s kiwen utala.’ Sonja notes, ‘One moment I might be a sister, the next moment a worker, or a writer. Things change and we have to adapt.’

Toki musi o, sina jan pona mi wan taso – ‘Poetry, you are my one and only friend’

Who, when and why: Ithkuil is renowned for being impossibly difficult to learn. John Quijada, its inventor, envisioned a language of maximal logic, efficiency and accuracy. He accomplished his task to such perfection that not even he can claim fluency in the language he invented.

After studying linguistic anthropology at California State University, Fullerton, Quijada’s dreams of exploring the world’s most exotic languages first-hand were cut short after financial strain forced him to take a middle management job at the Sacramento DMV. But over the next 30 years, he kept working on the language in his free time. He aimed to combine the best of each and every language in the world into one. Eventually, in 2004, he published ‘Ithkuil: A Philosophical Design for a Hypothetical Language’. After a Russian popular-science magazine ran an article comparing it to a fictional language from a popular science-fiction novella, Ithkuil quickly gained an avid online following.

What makes it unique: In most of the Western world, places are described in relation to the self – for instance left and right change depending on the position of the person talking. Taking inspiration from the Australian Aboriginal language Guugu Yimithirr Ithkuil requires speakers to describe places in terms of north, south, east and west. Ithkuil speakers must also use verb inflections to indicate whether the information is from direct experience, conjecture, inference or hearsay – a linguistic trait borrowed from the Wakashan people of the Pacific Northwest.

Unlike Esperanto, Ithkuil was never designed for everyday discussions about the weather, but was intended for fields where ambiguities in language are inconvenient at best and damaging at worst, such as philosophy, science and politics. As Quijada puts it, ‘Ithkuil makes you say what you mean and mean what you say.’

Hwe’maklás – ‘It may be raining’

Tram-mļöi hhâsmařpţuktôx – ‘On the contrary, I think it may turn out that this rugged mountain range trails off at some point’

Who, when and why: An Austro-Hungarian Jew, Charles K. Bliss was sent to the concentration camps when Germany invaded Austria in 1938. His German wife managed to secure his release, but the couple were forced to flee to China. While in what would become known as the Shanghai Ghetto (a restricted sector for stateless refugees), he devised a means of communication between various linguistic communities. He named this system Blissymbolics, and it takes the form of a few hundred basic symbols, each of which represents a concept. These in turn can be composed together to generate new symbols representing new concepts. 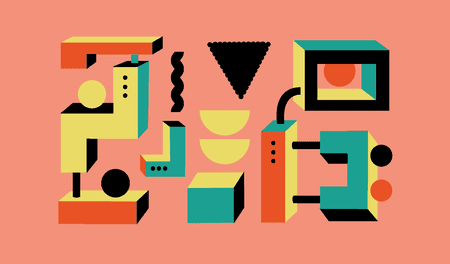 What makes it unique: In the 1970s Blissymbolics became popular as a means of teaching disabled people to communicate. Rather than being taught as a complete language in and of itself, it was later adapted as a tool to help children understand the meanings of words in English – as the pictograms provided visual clues to the meaning of more abstract words.

Who, when and why: Zaum is the name given to a system of sound symbolism devised by the Russian Futurist poets, a movement in the early 20th century which included such luminaries as Velimir Khlebnikov. The method was equal parts linguistic experimentation and poetic expression. The use of Zaum saw its heyday from 1916 to 1920, when it was seen as a vital tool in finding new ways of expression through art and language, both during and after World War I. Its popularity waned soon after but it still has a following; the avant-garde poet Sergei Biriukov founded the Academy of Zaum poets’ association in Tambov, Russia, in 1990.

What makes it unique: The language claims to be designed for ‘all who work to keep human nature indeterminate.’ Zaum is so indeterminate that even the name of the language is up for interpretation, making it a perfect medium for poets and artists. A poem written in Zaum might be analogous to an abstract painting – one that examines the fundamental principles of the poetic form.

‘Pale are all the lands and red the noses. I alone am severe and black like a plaster’ 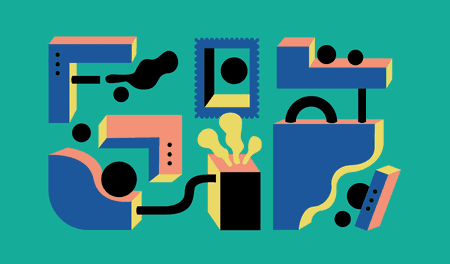 Who, when and why: Originally designed to facilitate linguistic research, the Loglan system was invented in 1955 by Dr James Cooke Brown. It was one of the first logical languages – test cases that served as working hypotheses about how languages work. As such, it was never Brown’s intention to see his project enter everyday use by the public and he placed legal restrictions on it. But a splinter group known as The Logical Language Group had other ideas and devised an offshoot known as Lojban in 1987. In addition to enabling people of different backgrounds to communicate, the system is highly academic and utilitarian. It can act as a means of reflecting the principles of logic but also exploring the intersection between human language and translation software.

What makes it unique: Lojban helps speakers to express a range of nuance in emotion, using words called attitudinals which are essentially spoken emoticons. A lot of the time, these nuances can be conveyed through tone of voice. But in Lojban, they are implanted at the start of a sentence to describe the emotion implicit in the proceeding statement. In English, it would be similar to writing ‘Oooh!’, ‘Argh!’, ‘Ugh!’ and ‘Yecch!’.

French Expressions That Make No Sense in English

A Polyglot’s Guide to Language Learning

The 10 Most Beautiful Languages In the World