5 Languages You Can Learn from Films and TV Shows 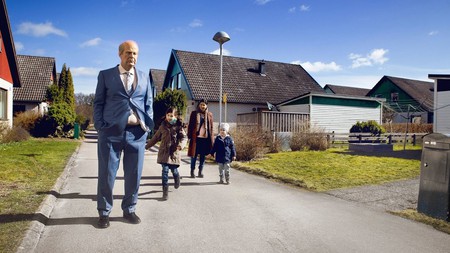 We all know that book-learning can only take you so far when it comes to learning a language. The real challenge (and even fun!) comes when you start applying it to real life scenarios. One way to ease yourself into applying all your hard-earned language skills is by watching foreign films and TV series.

By virtue of being something that you can pause and rewind, both films and series are great for helping both new and experienced language learners alike ‘get their ear in’ to the different tones and speeds of language, as well as helping you learn a little slang and cultural knowledge along the way!

With international film festivals becoming increasingly interesting to the general public, we are now more aware of the wealth of feature-length films and TV shows out there to choose from. To give us a helping hand, we spoke to the experts at language learning app Babbel for their recommendations. 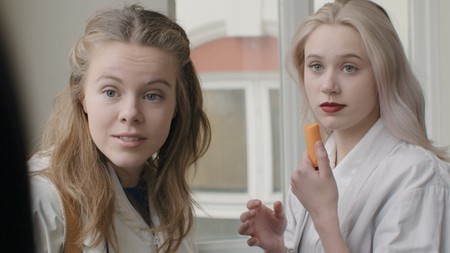 Skam (TV Series) – This is a great watch for those who want easy and everyday conversations. Based on the daily lives of Norwegian teenagers, this TV series is a great way to pick up slang and other cultural insights.

Frikjent (TV Series) – If you’ve picked up on the Nordic noir obsession, then this is the one for you. Centred around a businessman who returns to his Norwegian hometown, this intrigue-fuelled crime drama is great for language learners as the characters often repeat the crime and mystery at hand to different members within their community. If at first you don’t succeed, this TV series lets you try and try again!

Askeladden – I Dovregubbens hall (2017) – This film is based on a well-known Norwegian folk tale, so it’s perfect for those who want to learn a little more about the culture. It follows the story of a poor farmer’s boy who goes on a quest to save a princess and defeat a vile troll. With an easy to digest plotline, this film allows the language learner to focus on the language without having to understand every word to keep up with the story. 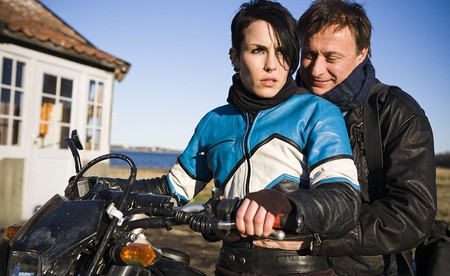 Millennium Trilogy – From a country famous for its crime dramas, the original Swedish version of this trilogy is one of the most successful franchises to come from Sweden for nationals and non-nationals alike. Beginning with The Girl with the Dragon Tattoo (2009), the entire series of films is great if you want a mix of everyday conversation and the thrill of a gripping plot line.

Anything based on the books of Astrid Lindgren – A popular topic of small-talk in Sweden, this author wrote books for children that have now been turned into films that are great for adults and children alike. Titles such as Pippi Långstrump and Barnen i Bullerbyn are perfect for those who want to pick up Swedish, as they use a lot of language that you might hear every day and include a lot of repetition.

En man som heter Ove (2015) – This Oscar nominated feature film is centred around an old man who becomes friends with his neighbours of varying ages, so great for anyone that is keen to learn more about Swedish culture. This feel-good comedy also includes a lot of short conversations, so it’s perfect for helping language learners pick up new vocabulary. 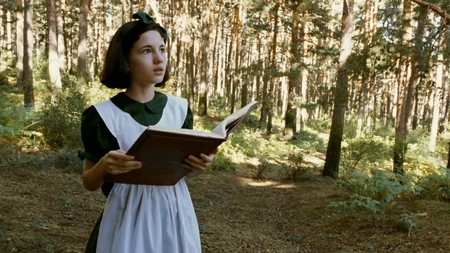 El laberinto del fauno (2006) – This award-winning film is a fairy tale for adults that mixes the stark reality of a post-civil war Spain with a romantically grim mythical world of a young girl. As well as being a must-see film, the vocabulary that can be picked up from this film cuts to the core of Spanish history and mythology.

Las chicas del cable (TV series) – If you like watching series and learning in short bursts then this entertaining TV program is great to picking up everyday vocabulary. Though it is set in 1920s Spain, the themes of love, friendship and work provide some great insights into Spanish culture.

El secreto de sus ojos (2009) – Another blockbuster hit is this Argentinian film, which is great to learn more about Spanish speaking countries outside of Spain. Based on a court case, this film is filled with useful vocabulary around crime, justice, and society. 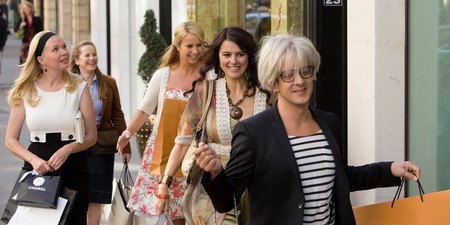 Alles is liefde (2007) – This romantic comedy was inspired by Love Actually (2003) and even won several Dutch film awards. Language learners will be able to immerse themselves in the fun-loving film and pick up conversational vocabulary, as well as some Dutch culture. The title song was recorded by BLØF – a famous Dutch band.

Ja zuster, nee zuster (2002) – Originally a successful series from the 1960s, this film was updated for a millennial audience and turned into a musical film. Great for music lovers, this film uses lots of repetition in the songs and the everyday vocabulary used is easy to understand.

Gooische vrouwen (2011) – One of the most successful films of all time, this movie is centred around the lives of four female friends. Set in the Netherlands, language learners will be able to spot some stunning pieces of Dutch architecture, as well as get a feel for the sort of expressions used in this language. 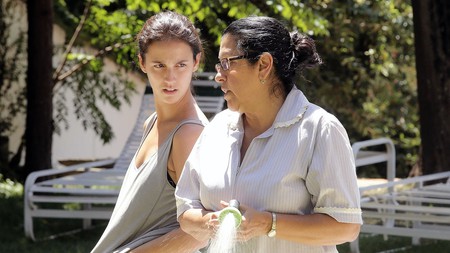 Que horas ela volta? (2015) – A Sundance Film Festival award-winner, this film is perfect for those who want to learn more about Brazilian society. The plot follows a mother who works as a housekeeper in a wealthy family home, and how tensions rise when her daughter comes to live in the family’s house. The conversations had in the film great for Portuguese learners, as they are easy to follow but also highlight some key differences in language and grammar between Portuguese from Portugal, and the Brazilian variety.

3% (Netflix series) – For Portuguese learners who like their content on the go, this TV series is a must-watch. It’s great for picking up the odd word of Brazilian slang (and even the occasional swear word!).

O outro lado da rua (2004) – A romantic thriller, this film takes place in Copacabana in Brazil and follows the story of an elderly and lonely woman turned investigator. Portuguese learners are bound to appreciate the slow dialogue in this film, as well as giving them a view into one of the most well-known neighbourhoods in Brazil.