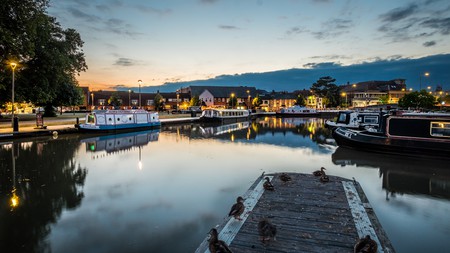 Birmingham is fortunate to be at the centre of the country, making day trips to some great places in and around the Midlands a doddle. From Shakespeare’s birthplace and 18th-century healing spas, to impressive cathedrals and medieval castles, here are five of the best day trips to take from the UK’s second city.

Clocking in at under an hour from central Birmingham by car or train, this picturesque area of the Midlands is ideal for exploring all things Shakespeare. Stratford-upon-Avon is a market town with history dating back more than 800 years – with original buildings standing the test of time, like Shakespeare’s birthplace and Anne Hathaway’s cottage. The world-famous Royal Shakespeare Company (RSC) is also based here, if you’re up for a bit of Hamlet. If Shakespeare doesn’t tickle your fancy, the town is full of historic pubs like the Old Thatch Tavern and boasts a beautiful river with plentiful green space surrounding it. For something a little different, take a stroll down and across the river to find the Butterfly Farm, a wonderful experience for the entire family. The town also offers boat hire in the summer and, a little further down the banks of the River Avon, mini golf. 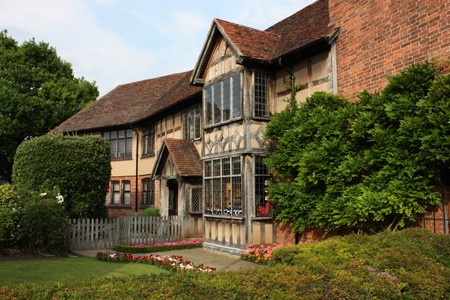 Around a thirty-minute drive from central Birmingham, the Black Country Living Museum is an open-air collection of historic buildings marking the region’s industrial past. This unique museum celebrates the Black Country’s proud history with more than 50 domestic and industrial buildings, such as shops and homes, which have been relocated from their original standing points. Perfect for both young and old, the museum brings the Black Country’s industrial past to life with exhibitions and stories to be told, including many items made in the area, from locks and glassworks to cast iron wares. There’s also an underground mine to explore, and a tram which transports visitors around the site and to the canal arm. 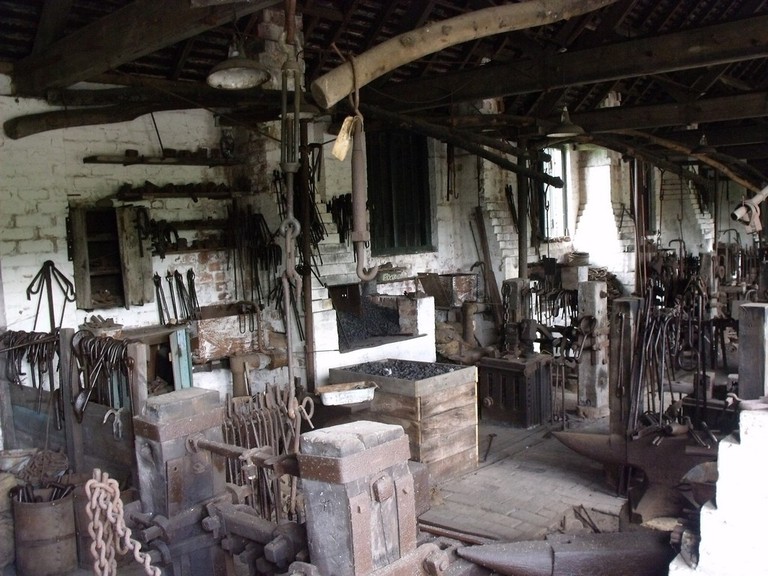 Easily accessible from Birmingham, the cathedral city of Lichfield is just shy of 40 minutes away by train. Arguably most famous for being the birthplace of literary figure Samuel Johnson, Lichfield is a quaint Staffordshire city just north of Birmingham. Johnson is highly renowned in these parts, with a museum celebrating his life and works. In this stunning Grade I Listed Building, you’ll be able to follow the story of the writer with an introductory film, interactive displays and activities too. Lichfield also houses a beautiful Anglo-Saxon cathedral, which is the only medieval cathedral with three spires. For the thrill-seekers, Drayton Manor Theme Park is just a 20-minute drive away on the outskirts of the nearby town of Tamworth. 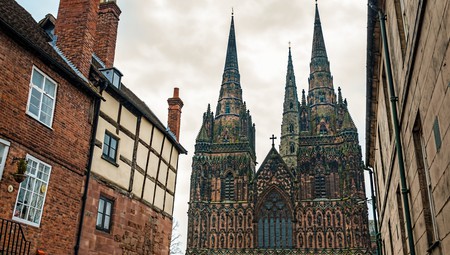 Lichfield Cathedral among the side streets | © Gary Ullah/Flickr

The royal town of Leamington Spa is just a 45-minute drive or 30-minute train ride from the UK’s second city. Leamington Spa boasts striking Regency architecture, a wide range of independent shops and plenty of parks, gardens and museums to discover. If exploring is your thing, why not join the geological walk? The trail takes you around Leamington town centre, where you’ll be shown the different types of stone that buildings in the town are constructed from. On poor weather days you could visit the Royal Pump Rooms Art Gallery and Museum, one of the famous 18th-century healing spas in town, or catch a production at leading independent theatre, the Loft Theatre. The River Leam flows through the centre of Leamington, where you can also hire a rowing boat or simply pass the time people-watching. Leamington Spa’s town centre hosts over 60 cafés and restaurants, so you’re spoiled for choice here. 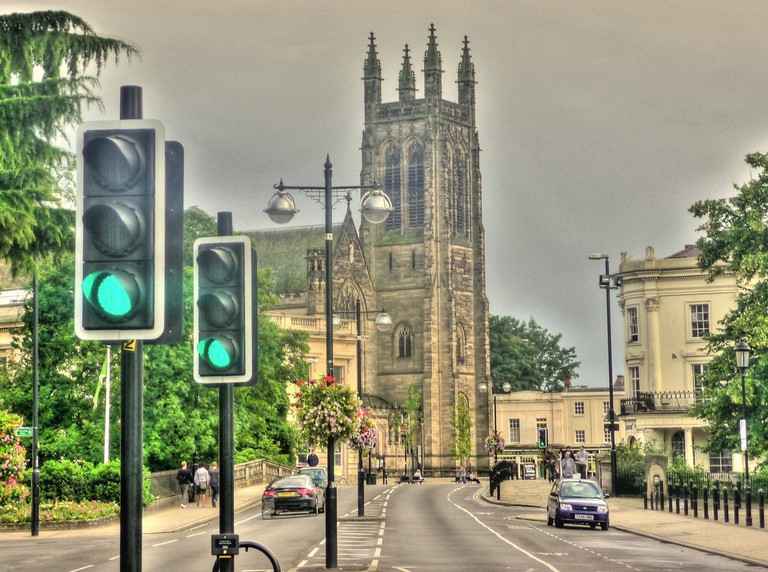 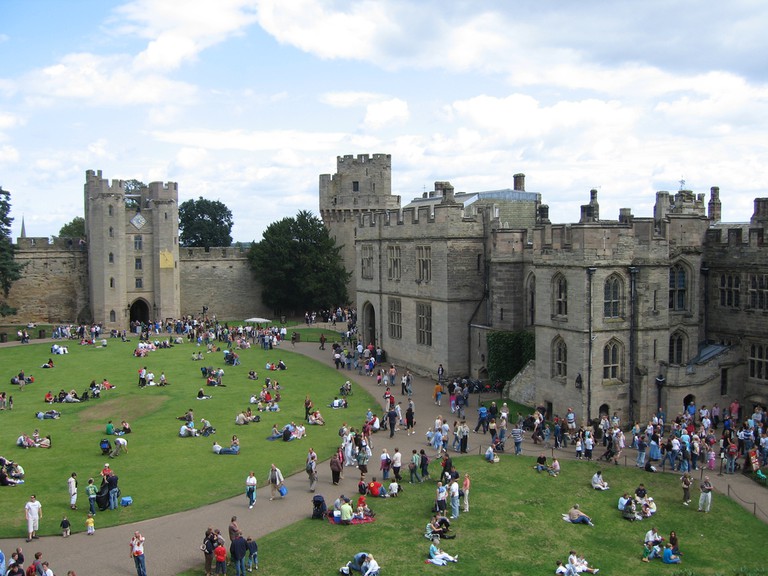 Warwick Castle Courtyard | © MichelleWalz/Flickr
A 45-minute drive brings you to the beautifully historic Warwick Castle, situated near Leamington Spa. Often referred to as Britain’s greatest medieval experience, Warwick Castle is a gem in the country town it is named after. Perched on a bend of the River Avon, the castle is a fun-packed day for all the family, with tours offering access to its towers, dungeons and secret spaces. Not to mention the quintessential Rose Garden and the 60 acres of ground that surrounds it – perfect for exploring! Head here over half terms or seasonal periods, and be treated to themed events and décor a plenty, as well as live action shows on the castle grounds.
Open In Google Maps
Warwick, England, CV34 4QU, United Kingdom
+441926406610
Visit Website
Give us feedback
Give us feedback