Essential Books To Read To Educate Yourself About Racism 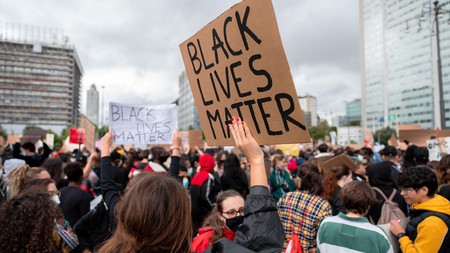 This Black Lives Matter protest in Milan, on June 7, 2020, was one of thousands that took place all over the world after the death of George Floyd | © Alessandro Bremec / NurPhoto via Getty Images

The senseless death of George Floyd has caused a huge reaction around the world. Here is a list of books to read in order to better understand the Black Lives Matter movement and inform yourself on racism in the United States and beyond.

Protests against police brutality and racial injustice have spread all over the United States and elsewhere in the world, as the general public and Black Lives Matter movement has reacted to the brutal death of George Floyd at what looks to be by a police officer in Minneapolis.

During this critical time, donating money to fundraisers and organisations as well as protesting on the street are important ways of showing solidarity. To continue to show support going forward, it’s a good idea to be informed – when you’re educated about racism, you can work against it, speak out and help to end it. This selection of books brings together a list of brilliant voices on matters of race, as well as class and gender.

Based on the 2014 blog which sparked a global conversation, British journalist and author Reni Eddo-Lodge wrote this seminal book because she had grown tired of having to reason with white people “living a life oblivious to the fact that their skin colour is the norm and all others deviate from it”.

Why I Am No Longer Talking to White People About Race highlights the fact that issues of structural racism are not confined to the United States, and it lays out an alternative history of Britain to the one taught in schools. Taking apart the insidious nature of white privilege, this book shows the consequences of racial bias following World War I. Eddo-Lodge has said she feels uncomfortable with the spike in book sales that has occurred as a consequence of the murder of George Floyd; she has asked people to consider borrowing the book from a friend or library and to donate the cost to the George Floyd Memorial Fund or any other organisation working directly to combat racism. 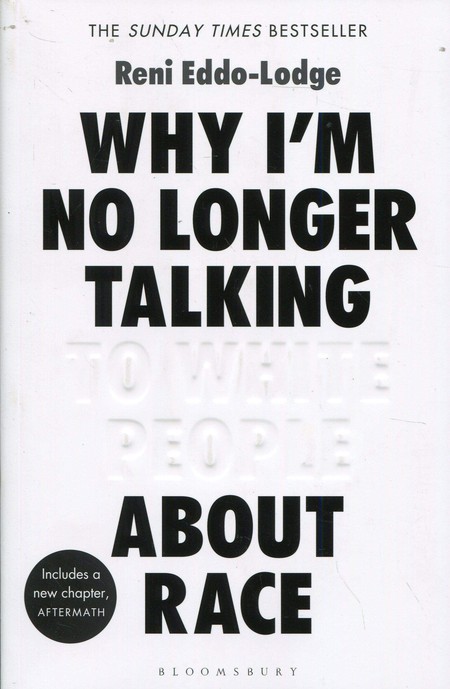 Why I Am No Longer Talking to White People About Race, by Reni Eddo-Lodge, began life as a blog | | © Bloomsbury Publishing

“The opposite of racist isn’t ‘not racist’,” insists Ibram X Kendi in this highly relevant book, which tackles the idea that racism can only be a conscious act of hate or prejudice; instead it looks at the power of systemic and structural racism within society, as well as the people who, whether consciously or subconsciously, uphold it. Throughout the book, Kendi, an American author and historian who launches a centre for antiracist research in July at Boston University, suggests that it is not enough to simply be “not racist”; instead he argues that we must be “antiracist”. In other words, neutrality is not an option and unless we are actively against racism, we are complicit.

Kendi’s book is an exploration of racist ideas and thinking, both historical and modern, which directs the reader towards self-examination, to question their own western view of race. An official online guide, produced alongside the book, includes discussion points for book clubs, as well as a wider anti-racist reading list of novels, nonfiction and long-form articles. 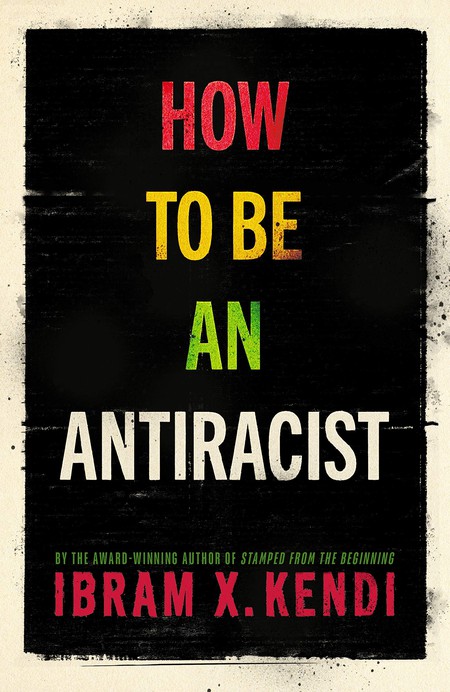 How To Be an Antiracist by Ibram X Kendi | © Bodley Head

First published in 1981 by legendary political activist and scholar Angela Davis, Women, Race and Class is widely acknowledged as one of the definitive texts of the women’s liberation movement. Charting the history of racial and gender oppression in the United States, it is still relevant today. Looking at why some people choose not to engage in the movements of marginalised groups, the text focuses on how white-dominated middle-class social movements often forgo solidarity with black communities and the working class.

Davis’s prose is academic yet also passionate, as she provides the reader with a concise examination of the intersection of struggles against sexism, racism and classism. This is a must-read for anyone who considers themselves a feminist. 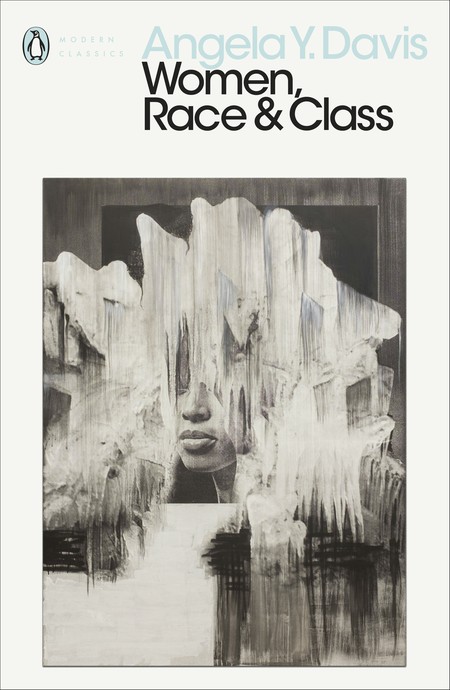 The first novel written by the acclaimed Pulitzer and Nobel prize-winning writer, The Bluest Eye tells the story of a young dark-skinned black girl who grows up in the years following the Great Depression. She is constantly referred to as “ugly” because of her complexion, which drives her desire to be white with blue eyes.

First published in 1970, Morrison’s book tackles the themes of racial misconception and the harsh effects of racism on America. Explaining her intentions, Morrison said that, “I felt compelled to write this, mostly because in the 1960s, black male authors published powerful, aggressive, revolutionary fiction or nonfiction, and they had positive, racially uplifting rhetoric … I thought no one would remember that [black] wasn’t always beautiful.” 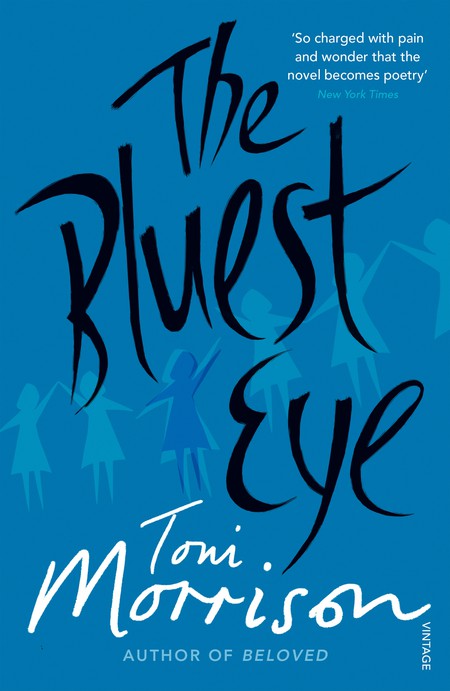 White Fragility: Why It’s so Hard for White People To Talk About Racism (2018) by Robin DiAngelo

American academic Robin DiAngelo first coined the term “white fragility” in 2011 to describe the way white people react defensively when challenged on racial issues. In her 2018 book, she argues that racism has been socially reduced to insulate white people from racial discomfort and excuse them from facing their own complicity in holding up the racist structures of society. “The most effective adaptation of racism over time,” DiAngelo says, “is the idea that racism is conscious bias held by mean people.”

White Fragility analyses the discomfort white people feel on the subject of race and how it prevents them having any real sense of solidarity because they are personally invested in the social structures of racism. DiAngelo, who is white, calls on all white people to acknowledge their own participation in racist systems and to work to dismantle them. 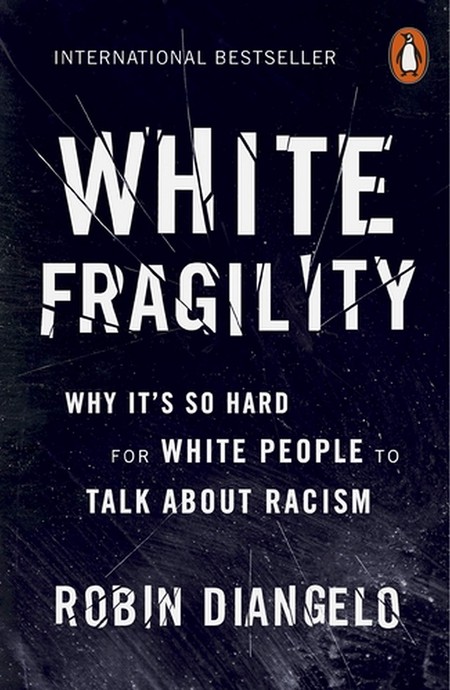 White Fragility: Why It’s So Hard for White People to Talk About Racism by Robin DiAngelo | © Penguin Books

The first non-fiction book from poet, entrepreneur, public speaker and recording artist Akala, Natives is a powerful polemic that asks hard questions about two issues at the heart of modern Britain: race and class, and how they shape the life chances of young black people. Akala highlights two modern myths: “The delusion that we live in a meritocracy, and the fantasy that the exceptional achievements of some black people are proof that the obstacles of poverty and race can be overcome by all.”

Examining the culture of post-war Britain, this book offers an in-depth history lesson on the legacy of the racialised Empire. From the experience of the Windrush generation to the modern day, and the effect of race and class on everything from policing to sexual identity, Akala uses his own life experiences to look at the social, historical and political factors that have brought us to where we are today. 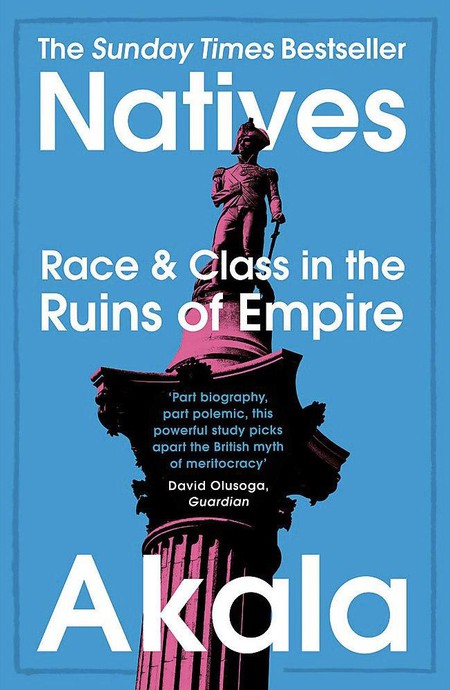 Natives: Race & Class in the Ruins of Empire by Akala | © Two Roads

The New Jim Crow: Mass Incarceration in the Age of Colorblindness (2010) by Michelle Alexander

This book changed the way activists and academics talk about mass incarceration and race in the United States. Alexander, an American lawyer and activist, provides a detailed examination of how African-American men were targeted by the war on drugs and ended up in jail in disproportionate numbers.

Alexander presents this systematic imprisonment as the rebirth of a caste system in America, going so far as to compare it to a modern-day form of slavery. A must-read for anyone wanting a factual insight into the deeply flawed legal system in America and the ways it is affected by matters of race and class. 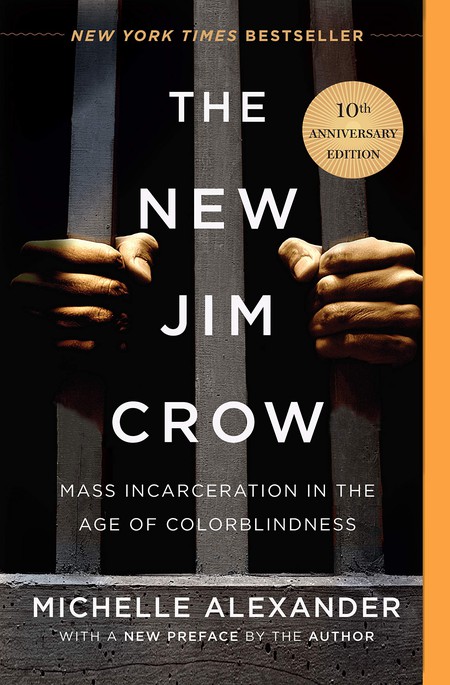 The New Jim Crow by Michelle Alexander | © The New Press

Assata: An Autobiography (1987) by Assata Shakur

The first-ever woman to make it onto the FBI’s most-wanted terrorist list, Assata Shakur was a founding member of the Black Liberation Army and former Black Panther. Her autobiography depicts her trial and conviction for the murder of a white state trooper in 1973, a case that divided America.

In a case that has become emblematic of race relations and police brutality in America, Shakur’s detractors labelled her a killer, while her defenders insisted she was the victim of a systematic, racist campaign working to suppress black nationalist organisations. Assata: An Autobiography recounts her life experience growing up in America and all the significant events that led her to become an activist; it also looks at the social factors surrounding her trial and imprisonment. 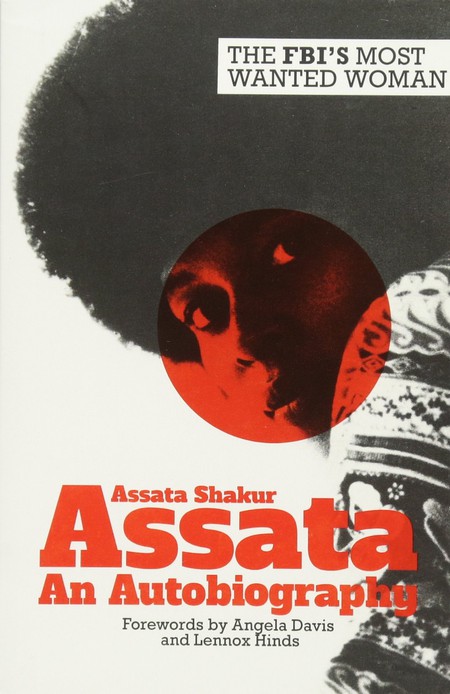 Assata: An Autobiography by Assata Shakur | © Zed Books Ltd
Give us feedback