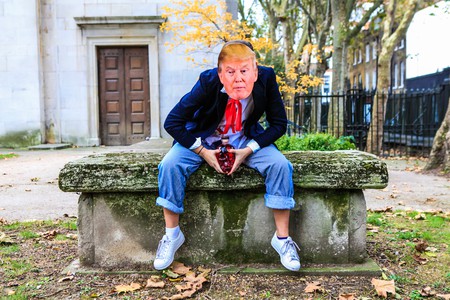 Halloween comes but once a year, so make sure your costume stands out. From foodie favourites to topical Trump costumes, with a whole slew of culturally relevant ideas in between. Culture Trip’s fashion team brings you the best outfits to wear for Halloween 2017.

Halloween Costumes for 2017 that are on trend

An evergreen favourite, Donald Trump is one of the world’s most haunting figures – you’d be crazy not to consider him for your Halloween inspiration. Make sure to spend the whole time tweeting political heavyweights and shout ‘Sad!’ at every opportunity. You will need a badly fitting suit, fake tan and a really bad comb-over – Time made a perfect guide to getting the ultimate Trump hairstyle.

Modern dating is a nightmare, which makes it perfect for Halloween. Go as yourself, but like, not too much.

Dress up like the world’s most fertile powerhouse this Halloween by adorning yourself in brightly coloured, sheer pieces of material and wearing delicate underwear. Add red lipstick and an all-natural glow of wellness. You’ll fool them all.

For SS18, Gareth Pugh chose to present his collection as a series of short films, in collaboration with SHOWstudio. Featuring a range of very visceral motifs, which includes work by artist Olivier de Sagazan and choreography from Wayne McGregor – the results were both captivating and unnerving. Don your favourite red PVC suit, shroud yourself in clay and enact your own dystopia.

The shadow of a PokemonGo Hunter

Remember when PokemonGo took Generation Z by storm last summer? You couldn’t throw a stick without hitting someone chasing a Rattata. Well, what’s happened to them? We can only imagine that there’s a secret legion of Pokemon hunters operating under the radar – so of course you should covet that look. Wear your most basic hoodie, add a backpack, fingerless gloves and a determined attitude. Stand in the corner of the party and occasionally shout, ‘got you, Charazard!’.

Theresa May’s Conservative Party Conference 2017 felt like an episode of The Thick of It. Highlights may have included our great Prime Minister being handed a P45 form by a prankster and Amber Rudd telling Boris Johnson to stand up after the speech. But the most enjoyable part was definitely Theresa May’s ongoing cough, which wasn’t soothed by Philip Hammond’s cough drop. ‘Look, the Chancellor has actually given something away for free,’ she quipped, mid-cough. Nobody laughed.

Uber suffered through a turbulent year, with allegations of sexual harassment and financial strife leading to the eventual resignation of Travis Kalanick as CEO. In London, the company encountered further difficulties when Transport for London announced that they wouldn’t be renewing its license. While the future for Uber may be unknown, your outfit can be decisive: dress as a Toyota Prius with a sad face. Everyone will understand where you’re at.

As healthy eating becomes the norm for certain social pockets, is there anything more terrifying than a righteous vegan who has forgone their smugness to taste a delicious burger? To up your spooky factor, channel a zombie aesthetic. Just don’t forget to cover your bundle of kale in fake blood. Famous fake-foodie blogger Deliciously Stella also offers a range of satirical vegan inspiration.

One of 2017’s biggest trends, latte art has been taken to next level this year. Cover yourself in foam and get a friend to splash paint you: now you’re a Jackson Pollock painting on a foamy coffee!

Anyone from Stranger Things

Whether you choose to go all-out-creepy as the demogorgon; re-create the harangued and desperate Winona Ryder as Joyce Byers; the evil Dr. Martin Brenner; or Barb, the cult favourite of Stranger Things, any nod to this TV show will ensure serious Halloween kudos, especially with season two released so recently. Check out this recommendation for channelling Eleven’s style and don’t forget the Eggos.

The creepy doll from Annabelle: Creation

Dress like the possessed doll from The Conjuring series to freak out all your friends, and potentially yourself. All you will need are red bows in your hair, a manic look in your eye – and a big red corsage around your waist.

Arty Halloween Costumes to wear in 2017

Making blow up dolls cultural is Pandemonia, the persona created by an anonymous conceptual artist who appeared on the art and fashion scene in 2009. Think Roy Litchenstein meets Jeff Koons, meets Cartoon Network, meets a bouncy castle. Get yourself an inflatable dog (she is never seen without her pet, Snowy), and a latex outfit in the most garish colours you can find. A white mask is a must (the identity of Pandemonia is still unknown) and apply some bright red lipstick. Put something inflatable on your head. Anything yellow will work.

The art world’s favourite ceramicist, Grayson Perry, makes all his own dresses so this outfit requires you to dig out that sewing machine that has been gathering dust since Christmas 1998. Buy the most garish fabric you can find – the more it resembles your childhood duvet cover the better – and plenty of tulle to give the skirt as much volume as possible. Lime green or pink platform shoes are ideal for this look, but crocs or clogs will do. Complete with eyeshadow (orange or blue) and a blow dry hair into a bob.

In my new apparel & jewelry launch at HSN It's sold exclusively by @HSN. #HSN

As demonstrated in London and Paris, glitter is back and demands to be embraced. Buy a bag of glitter and throw it on yourself – filming the process in slow motion, of course. Leave the house to disco music, you can’t not have a good night.

The horror, the horror: everything you thought you knew about French cliché is true and berets are officially trendy again. Choose a bright shade like red or orange to lend a Halloween hue to this post-ironic outfit.

Love Sex and the City? You’ll find yourself obsessed with the parody account which gives Miranda Hobbs the love she deserves, while offering overly insightful analysis of some of Carrie & co.’s best looks. Have a scroll and choose your favourite.

It’s okay. Sometimes you want to be boring: go on and be a pumpkin, you’ve had a rough year. To recreate this classic Halloween look you will need orange face paint and to follow this easy guide.

This is the easiest Halloween costume to make, and thanks to Casey Affleck’s film A Ghost Story, also surprisingly on trend. The construction isn’t rocket science: grab a sheet, cut out some eye holes and try to socialise.

A witch or wizard

Those looking for an easy Halloween costume, don’t despair; a witch or wizard costume offers a simple solution with maximum magical effect. Discerning witches or wizards-to-be can go further and choose from the range of great and inspirational characters. Given his anniversary this year, Roald Dahl’s witch would be a fitting choice and given the opening of the new play in London, any of the Harry Potter characters would also be on point. 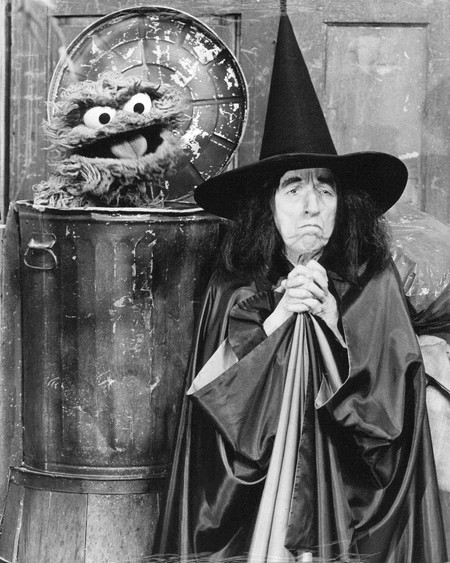 For this traditional Halloween costume you will need reams of toilet paper and a friend to spin it around you. Make sure to leave a gap for eyes, nose and mouth!

Halloween costumes for couples and BFFs

It was the industry saga that shook Hollywood: La La Land was wrongly announced as the winner of best picture at the Oscars 2017. Pair up with your best pal or lover to enact this sensational moment in movie history – you’ll have them oscillating between joy and sorrow all night long.

Grab your best friend, your sister, your lover or any other empowered female and channel the fiercest sibling duo of 2016. Beyonce released her knockout visual album Lemonade in April 2016. Solange’s A Seat At The Table, released in October last year, has proven to be equally beautiful and insightful, lyrically and visually.

For more serious, unnecessarily literary costume ideas, be sure to check out our World Book Day selection.