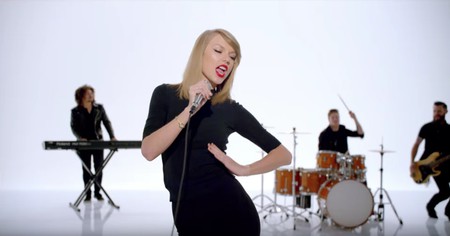 You don’t have to go back too far in music history for some of the finest pop songs ever created.

The 21st century has been packed with hits from the likes of Taylor Swift, Lady Gaga, Amy Winehouse and Justin Timberlake, all of which will influence generations to come.

We’ve rounded up the very best songs so far.

‘Rolling in the Deep’ was Adele’s international breakout hit that propelled her to superstardom.

The dark gospel track, which sees her fantasise about getting revenge on a lover, spent a staggering 65 weeks in the US’s Billboard Hot 100.

Rihanna’s collaboration with Calvin Harris is her biggest hit to date. The seminal EDM track touches on house, pop, trance, techno and disco as it builds up to that euphoric drop.

TayTay has a track record at hitting out at her exes, but this time it was the press and all of the haters that have ever criticised her for being a serial dater in this feisty and exuberant pop track.

Timberlake brought the sexy back to pop with this synth pop song, which he described himself as Bowie and David Byrne ‘covering’ James Brown’s 1970 hit ‘Sex Machine’.

This synth pop song, which was filled with sexual innuendos, was a massive hit for the singer.

The track was a tribute by Gaga to her rock and roll boyfriends.

Also, just in case you were wondering, when she sings about her ‘muffin’ that’s actually a reference to her vagina.

Feeling crap about yourself? Katy Perry’s ‘Firework’ is the ultimate self-empowerment anthem that was an absolute banger.

The dance/pop track encouraged listeners to ‘Let it shine/Just own the night/Like the Fourth of July’.

The late singer wasn’t afraid of baring her heart and soul in her music with Winehouse turning her struggle with drug addiction into a bold and brassy Motown-influenced pop song that had critics comparing her to Ella Fitzgerald.

Yes, Queen Bey is singing about marriage, but ‘Single Ladies’ became THE song about female empowerment and an anthem for feminist solidarity that every woman needed to dance to come 2am at the indie disco.

Sure, Britney missed out on ‘Umbrella’, but she got ‘Toxic’ after it was rejected by Kylie Minogue (bad move, Kylie).

The catchy dance song, which incorporated Bollywood strings and bhangra music, compared love to a dangerous and addictive drug.

Originally written for Britney Spears, this R&B ballad featuring her mentor Jay-Z was a monster hit and sent the singer’s career into the pop stratosphere.

The song reached number one in the UK just as the country was experiencing extreme rainfall and flooding, which led to one newspaper blaming the ‘Rihanna Curse’.