21 Things You May Not Know About Harry Potter

Calling all wizards and muggles alike! The phenomenal world of Harry Potter seems to never end, and this excites us. J.K. Rowling invented the iconic story almost 20 years ago, capturing the hearts of those who call themselves Potterheads. The books have given way to films, and a new highly anticipated theatre play and upcoming spin-off books and movies are forthcoming. With never-ending excitement we have found a few things that all true Potterheads should know.

1. In her good nature, Hermione created the Society for the Promotion of Elfish Welfare (SPEW), an organisation that stood up for the rights of house elves.

2. It is said that Neville was almost the Chosen One. This could have been why Snape hated Neville, as if he believed that Lily would still be alive today if this were true. 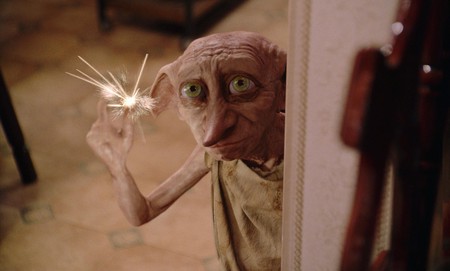 3. J.K. Rowling was sued three times, all for copyright infringement. In 1999 she was first sued by Nancy Stouffer, who claimed Rowling stole the word ‘muggle’ from her. Following this, Adrian Jacobs claimed Rowling copied parts of his book, The Adventures of Willy the Wizard: Livid Land, due to the similarities to the Goblet of Fire and magical tournaments; Rowling claimed she was unaware of the book, and the suit was eventually thrown out. Finally, both Rowling and Warner Bros. were taken to court after a Canadian band, The Wyrd Sisters, refused the right of usage of their name in one of the movies, even though the band featured was The Weird Sisters.

4. In Edinburgh’s Greyfriars Kirkyard lies the gravestones of Thomas Riddle and William McGonagall, both said to have given Rowling the inspiration for Tom Riddle and Professor Minerva McGonagall. 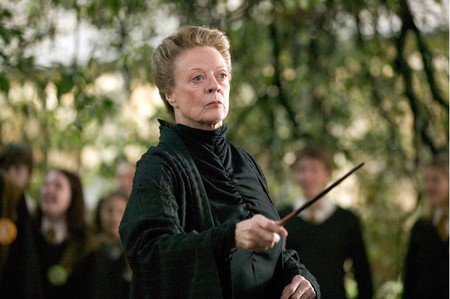 6. Like Albus Dumbledore, Ron thought his greatest achievement was being placed on Chocolate Frog cards. Harry and Hermione were also put on these cards.

7. As much as muggles want to visit Hogwarts, they can’t. Coming across Hogwarts, they would simply see an old building with a sign that reads: ‘Keep out: dangerous building.’

8. Rowling’s agent and publisher met at a local pub, The Pelican, for a pint and an exchange of Harry Potter and the Order of the Phoenix. Whilst at the pub, nothing was said about Harry Potter. Being on high alert her publisher claimed: ‘… I was almost frightened to be in physical possession of it … I shoved it under the bed. I had another typescript sitting there … so I stuffed [the] top four pages of David Guterson’s East of the Mountains on the top and then stayed up all night reading it, which my wife did find a bit odd.’ 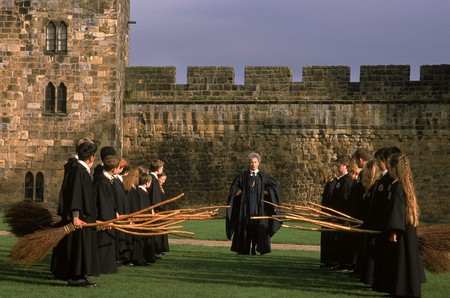 9. With the highly anticipated release of Harry Potter and the Deathly Hallows, to prevent the book leaking early Bloomsbury gave the book charming code names, including The Life and Times of Clara Rose Lovett: An Epic Novel Covering Many Generations and Edinburgh Potmakers.

10. Dumbledore once had the thirst of becoming the master of death by obtaining all three Deathly Hallows. He in fact was in possession of all three items, just not all at once.

11. Rather than use her real name, Rowling’s publisher suggested she use initials to appeal to both genders. The letter ‘K’ is not part of her legal name; rather, it was borrowed from her grandmother’s name – Kathleen.

12. The name Voldemort may be derived from French words translated to ‘flight of death,’ meaning the pronunciation of the ‘t’ in Voldemort is silent.

13. During her 20s, Rowling battled depression. She explained to Oprah Winfrey that the dementors in the Harry Potter series are based on depression: ‘It’s difficult to describe [depression] to someone who’s never been there, because it’s not sadness. Sadness is not a bad thing – to cry and to feel. But it’s that cold absence of feeling – that really hollowed-out feeling. That’s what dementors are.’ 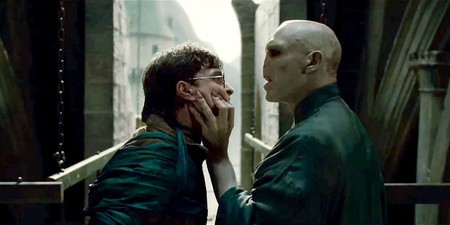 14. Film director Alfonso Cuarón requested that Emma, Daniel, and Rupert – the three main stars – write an essay about each of their characters. Emma submitted a 16-page essay, whilst Daniel wrote one page about Harry. All true to form, it was a classic Ron move that Rupert didn’t event write one.

15. During practice, Daniel Radcliffe’s stunt double David Holmes was rushed to hospital after a stunt went wrong in 2009. His neck was broken, and he was left paralysed from the waist down.

16. Fans were constantly asking Rowling how to pronounce Hermione’s name. Clearing the controversy that arose over a name, she made Hermione teach Viktor Krum how to pronounce her name in Harry Potter and the Goblet of Fire. 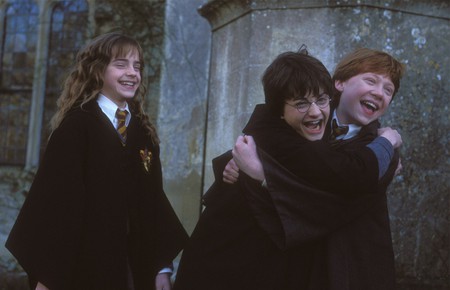 17. Rowling explained the inspiration behind Moaning Myrtle on Pottermore, claiming she was inspired by ‘the frequent presence of a crying girl in communal bathrooms, especially at the parties and discos of my youth. This does not seem to happen in male bathrooms, so I enjoyed placing Harry and Ron in such uncomfortable and unfamiliar territory in Harry Potter and the Chamber of Secrets and Harry Potter and the Half-Blood Prince.’

18. The motto of the iconic wizarding school, Hogwarts, is Draco Dormiens Nunquam Titillandus, translating to ‘Never Tickle a Sleeping Dragon.’ 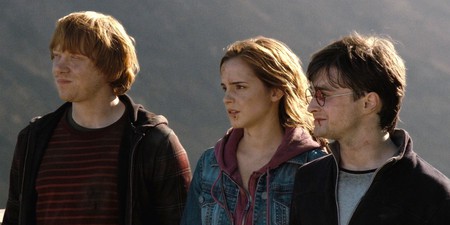 20. Five years after the final Harry Potter film was released, the anticipation for more grew higher. Granting everyone’s wishes, Rowling teamed up with Jack Thorne and John Tiffany to bring to the West End the eighth story, Harry Potter and the Cursed Child: Parts One and Two, set 19 years later. The play is on show in London until December 2017.

21. We have also come to realise Harry is just like any other Brit. Although he has come face-to-face with the most terrifying wizard to have ever existed, Harry is scared of pigeons! 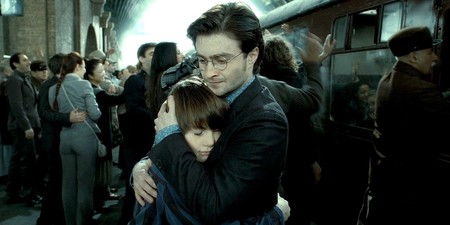 Harry and his son Albus | © Warner Bros.
Give us feedback