The recent release of Star Wars: The Last Jedi has seen an incredible split develop between critics and film fans. Whereas the professionals loved the latest instalment of the space saga, fans have been far more negative towards Episode IIIV, with some actually calling for it to be removed from the official series line up.

Gizmodo UK have analysed various online reviews and used science to determine the 20 other most divisive films of all time, this time focussing on titles that critics loved but that left cinemagoers cold. Now we’ve added our two cents worth… but do you agree? 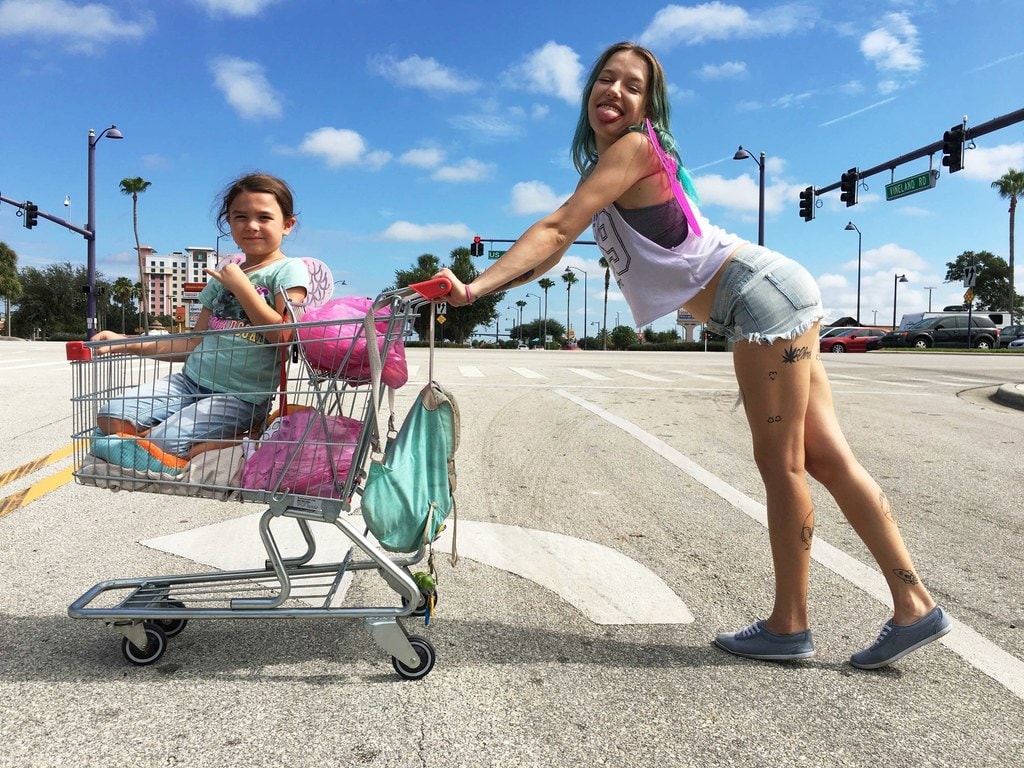 The Florida Project is set to feature extensively at most of the awards ceremonies in 2018, but that doesn’t mean everyone loves it. Director Sean Baker crafted a unique film that took a look at childhood in his own distinctive style. The performances, from all the cast, have been widely praised, so it must have been the subject matter that irked cinemagoers. 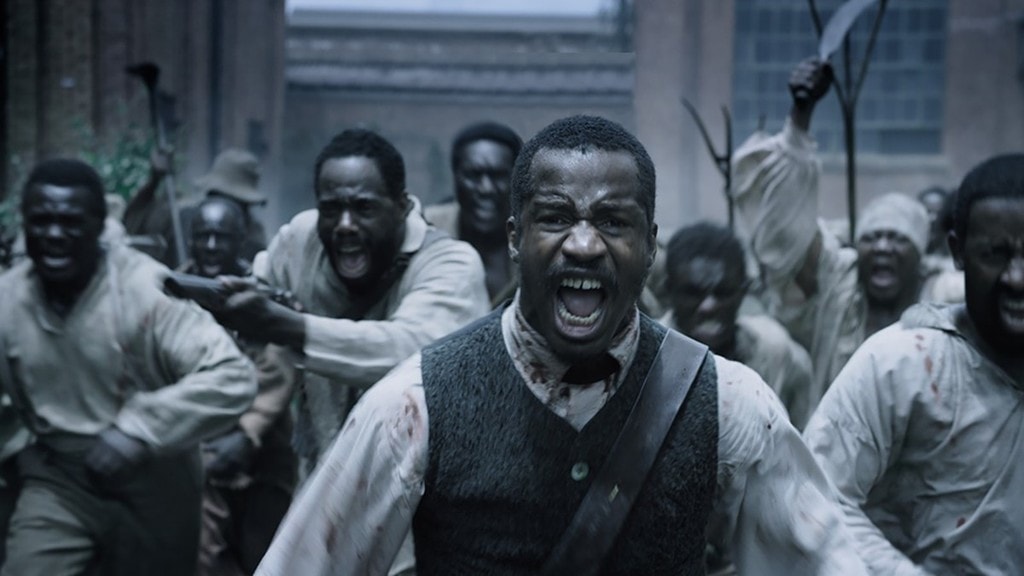 Based on the story of Nat Turner, a slave who led a bloody rebellion against his oppressors, this Nate Parker film was all set to dominate the Oscars in 2017 after a furious bidding war at Sundance. Parker was then embroiled in a scandal of his own and the film fizzled away with hardly anyone acknowledging its existence. The film has some merits, but looks very low budget. 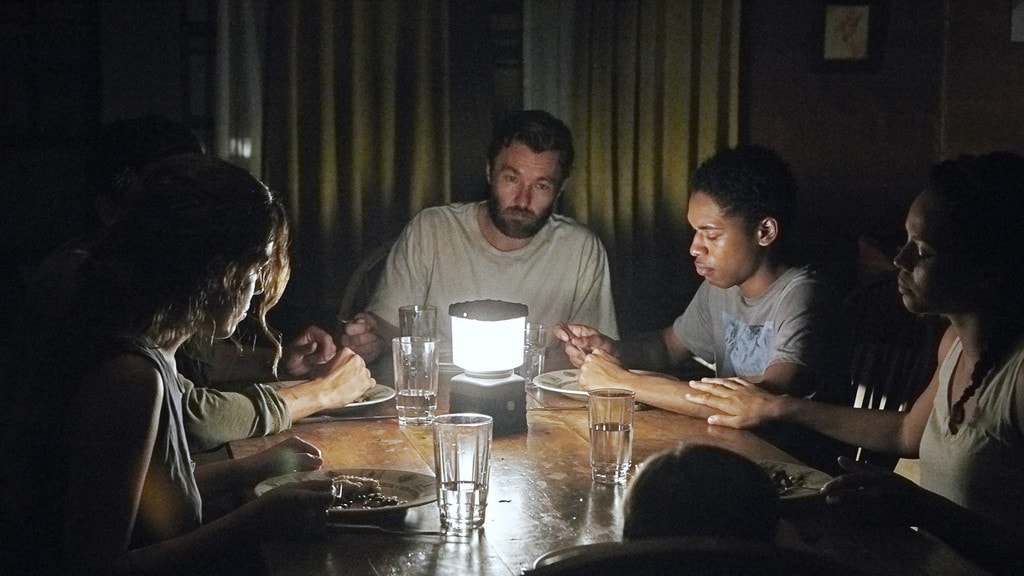 It Comes at Night | © Universal

Usurping genre conventions, this slow-burning chiller takes on an end-of-the-world scenario, creating what could have been an action horror and turns it into a low-key family drama. Not very much happens, and we can see why people might have switched off if they went in on the promise of high-octane scares, but the performances and genuinely unsettling tone worked for us. 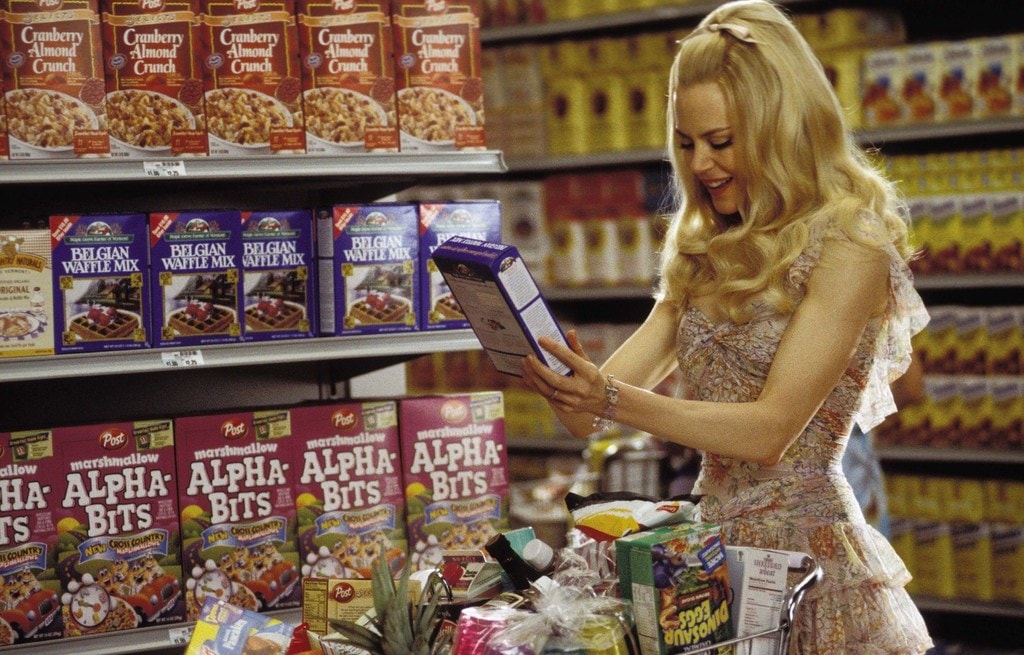 This remake wasn’t exactly ‘loved’ by critics, with a middling rating on various aggregator sites, but it was normal members of the public that really failed to see the funny side of the satirical comedy. Nicole Kidman stars in this version of a cult novel of the same name, and it looks like the decision to trade in horror for laughs was its undoing. 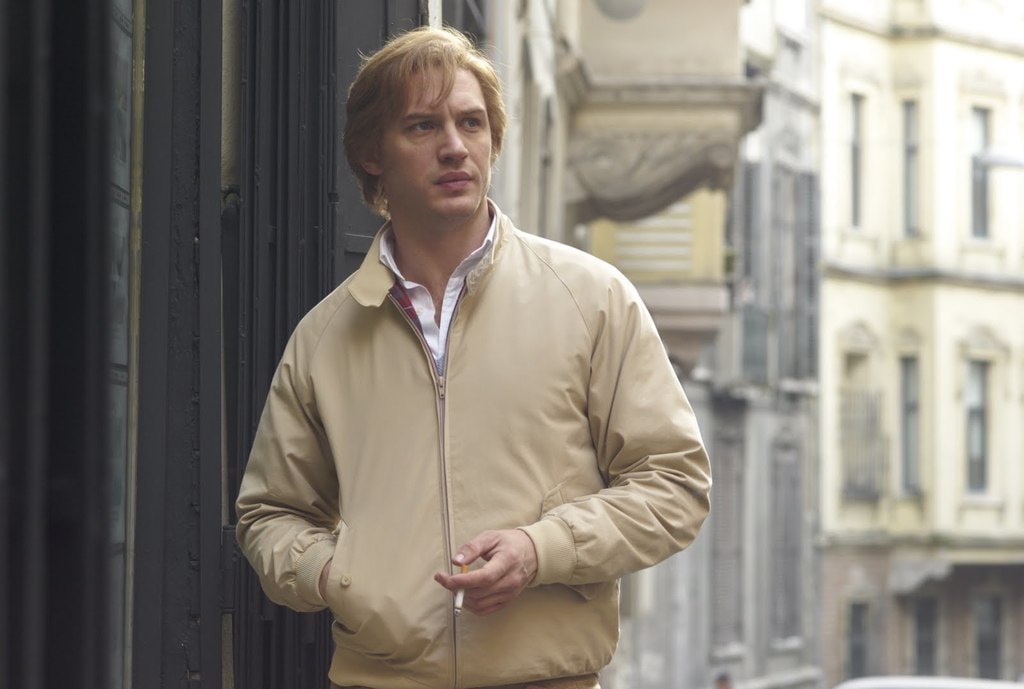 The cast alone should have seen this intense Cold War espionage thriller score big with audiences and, to be fair, it made a lot of money, but clearly the John le Carré story was a little too intricate for some. Tom Hardy, Colin Firth, Gary Oldman, Benedict Cumberbatch and Mark Strong all put in strong performances but at times it all feels like a very expensive BBC show rather than a big-screen experience. 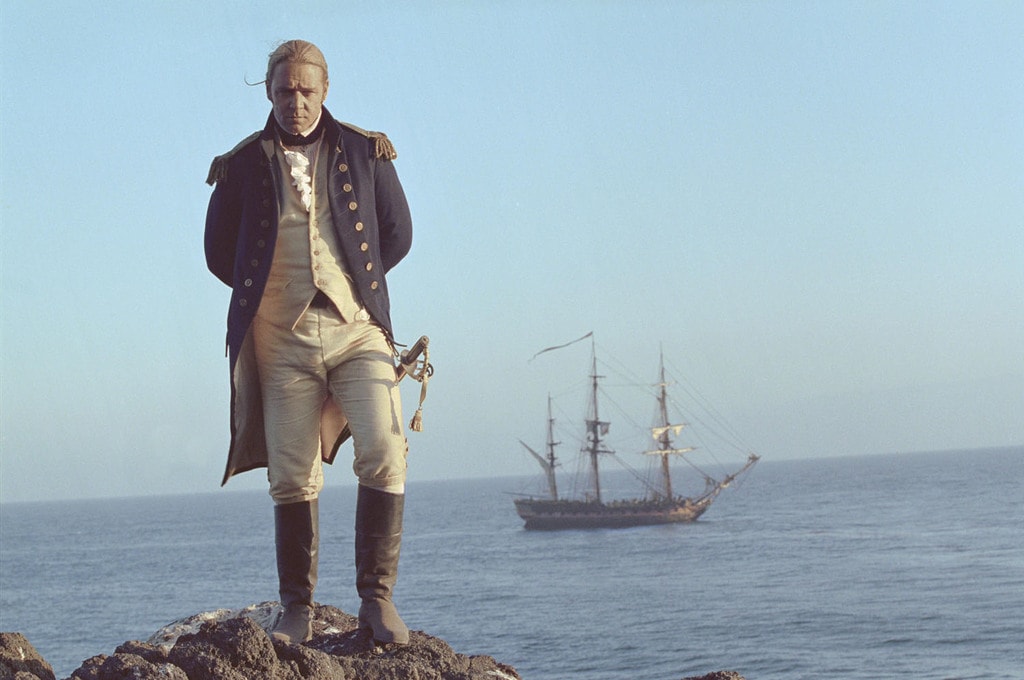 Back when Russell Crowe was on something of a hot streak, this sea-faring adventure came out of nowhere and sunk without a trace at the box office. It’s a shame, because its probably Crowe’s best film to date, featuring some superb war scenarios and outstanding tactical battles. Maybe one for the purists, though, as it doesn’t really feel like the most inclusive of films. 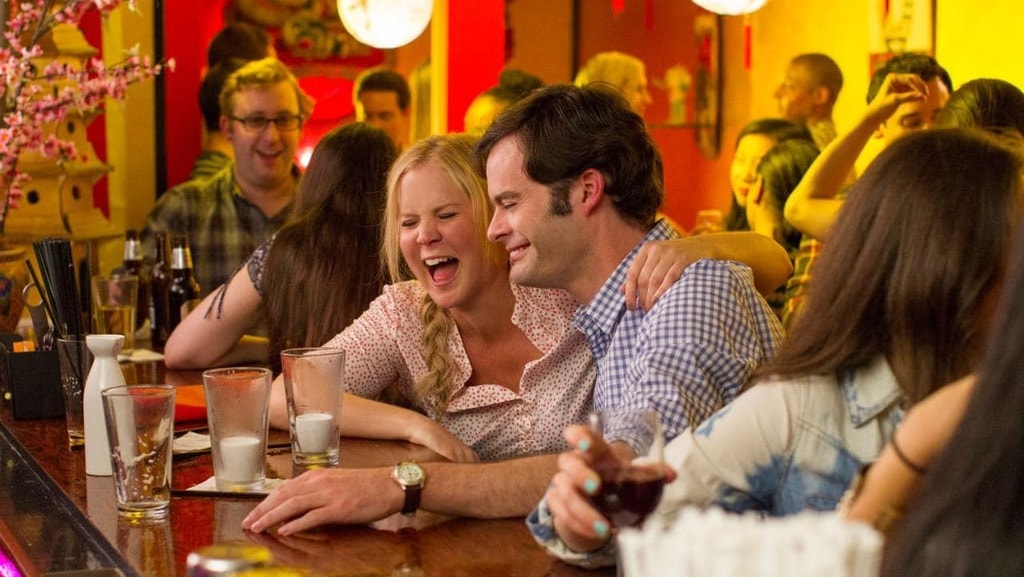 Amy Schumer’s reputation has taken a battering in the last year, so you would be forgiven for overlooking this comedy. Just after it was released to much fanfare from the critics, Schumer became a ubiquitous presence in all forms of the press. From messing about with Jennifer Lawrence on luxury beach holidays to several comedy specials on Netflix, she was meant to be the next big thing. Trainwreck is an excellent showcase for her talent, but her misjudged statements on various matters since have tainted the movie in the eyes of most people. 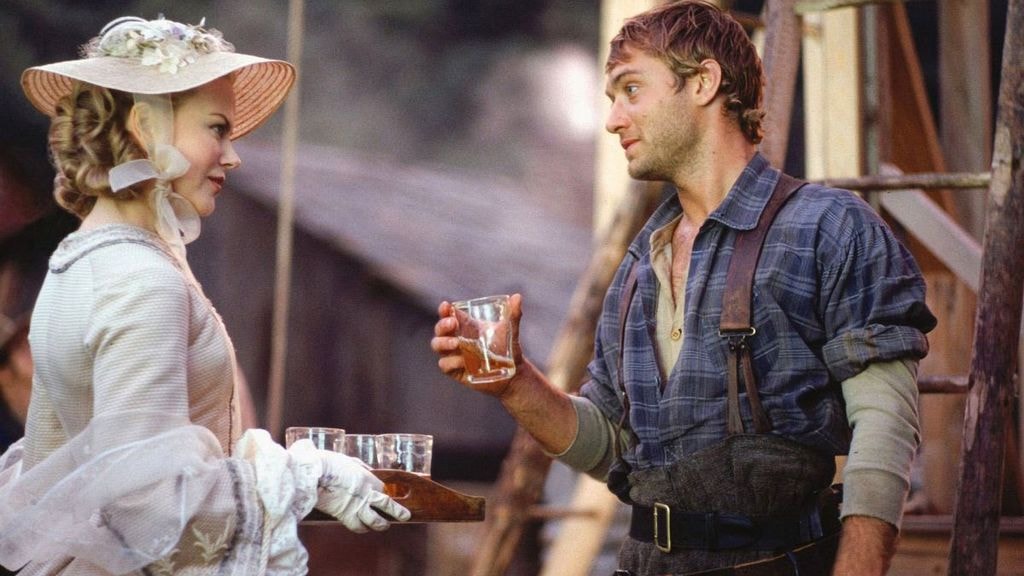 Renee Zellweger nabbed an Oscar for her supporting role in this epic film that details the hardships faced by ordinary folk during the American Civil War. Its a sumptuous movie, some might say old fashioned, and that’s one of the reasons people weren’t enamoured by it in the end. 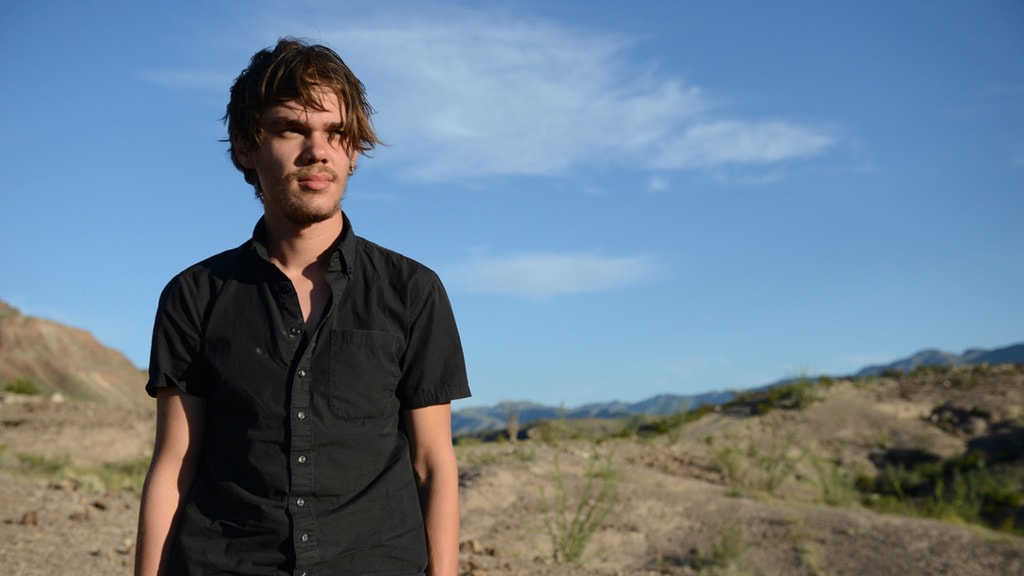 You have to applaud the creativity and patience it took to put this film together. Over the course of the movie we see a young boy grow into a man, as the same actors were filmed over the course of several years to get the unique authenticity that Richard Linklater craved. The process was too long for some ticket buyers though, as the lengthy runtime has been repeatedly commented upon. 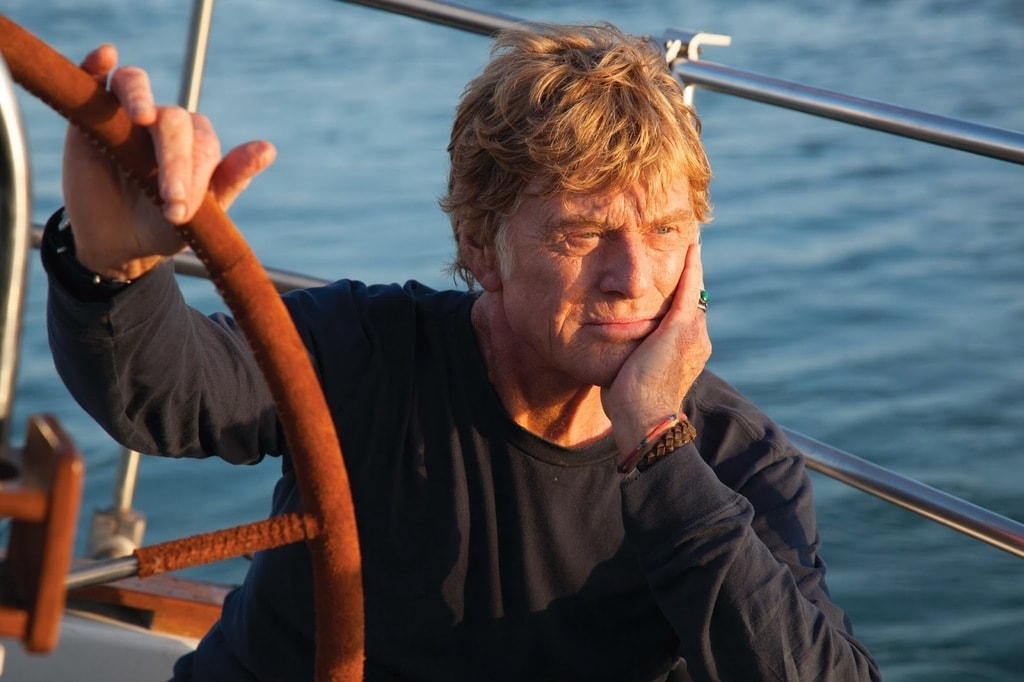 Hope you like Robert Redford… because this film features the screen legend and no one else. An unnamed man is seen in distress on his boat after it has been struck by a container ship somewhere in the Indian Ocean. As he struggles to mend the damage to his vessel, he also attempts to raise the alarm to anyone that might be able to assist. There’s still a lot of fondness for Redford in critical circles for his work in the ’70s and ’80s, but most younger film fans only know him as the villain from a recent Marvel film. Guess which group ended up wanting to spend two hours watching the man on screen, and which group didn’t? 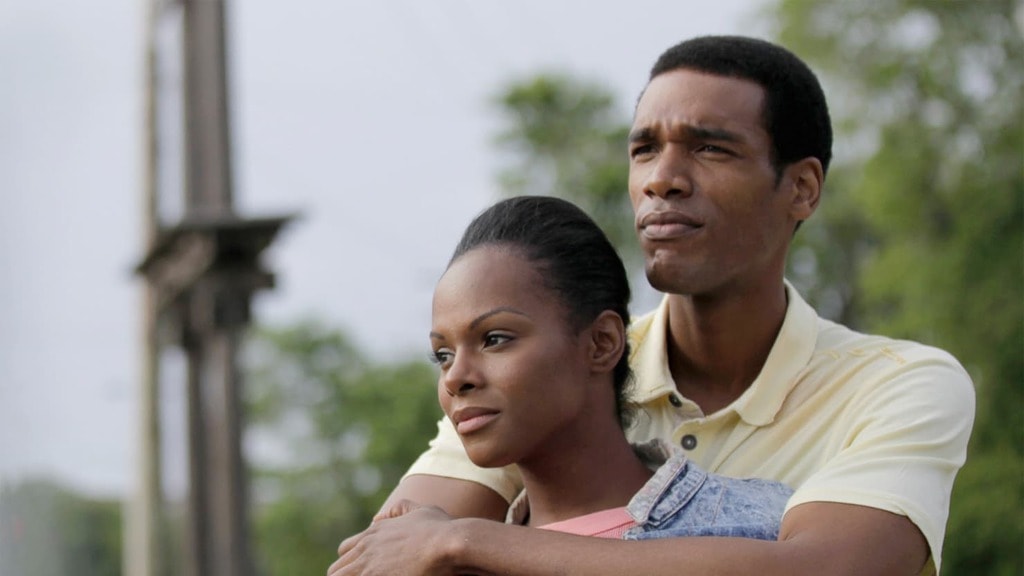 ‘When Barack Met Michelle’ might have been a better title for this biographical drama. Following the future President and his First Lady on their first date in 1989, the movie ends with a scene capturing the couple’s first kiss. Southside with You is an endearing little film, but suffered from being released at a time when American politics was in a toxic state of flux. We’re pretty sure this one will be viewed in a more favourable light in the future. 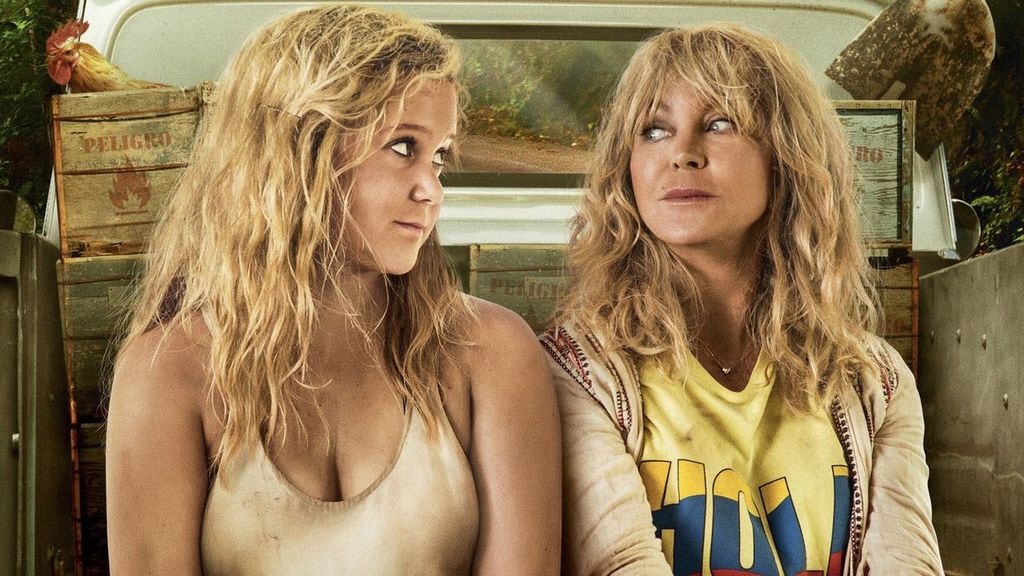 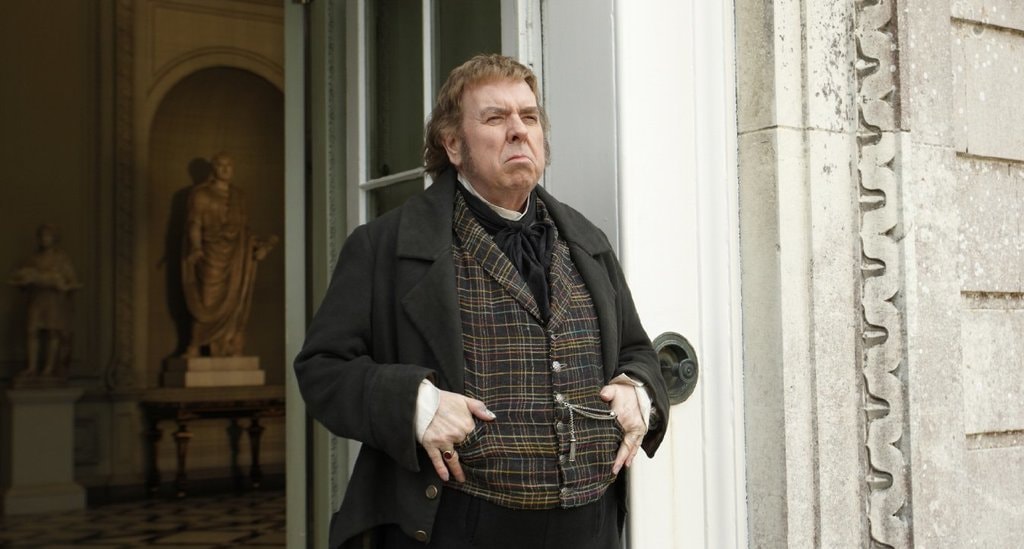 Mike Leigh films always do well with older audiences, and that’s exactly what the average press screening room looks like. Mr. Turner is one of Leigh’s more accessible films, but the positive reviews also meant that it had a higher profile release than some of his earlier efforts, and not everyone warmed to the slow pace of its storytelling. 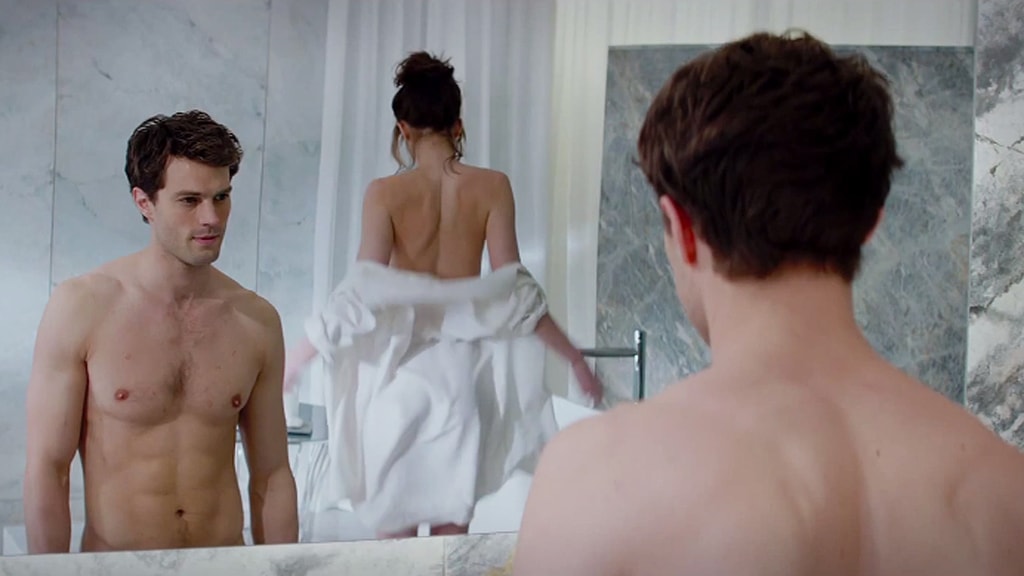 We weren’t expecting this result. Critics liked this sexy drama way more than the fans, which is bizarre given how popular the source material is. Perhaps it was the partners who were forced into watching this Jamie Dornan flick that resented the experience. Or was it the allegedly rowdy crowds, who flocked to see it on the opening weekend, that ruined it for others? 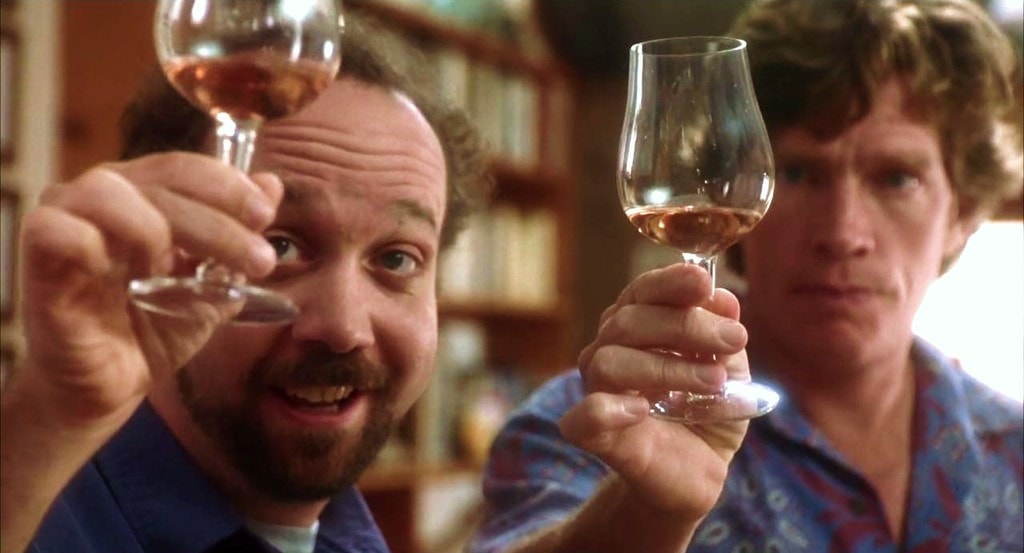 This road movie won an Oscar for Best Adapted Screenplay, and was nominated for several more awards, but it failed to land with audiences. It’s a slow journey, but the odd pairing of Thomas Haden Church and Paul Giamatti make for engaging company on a trip through the Santa Barbara region. 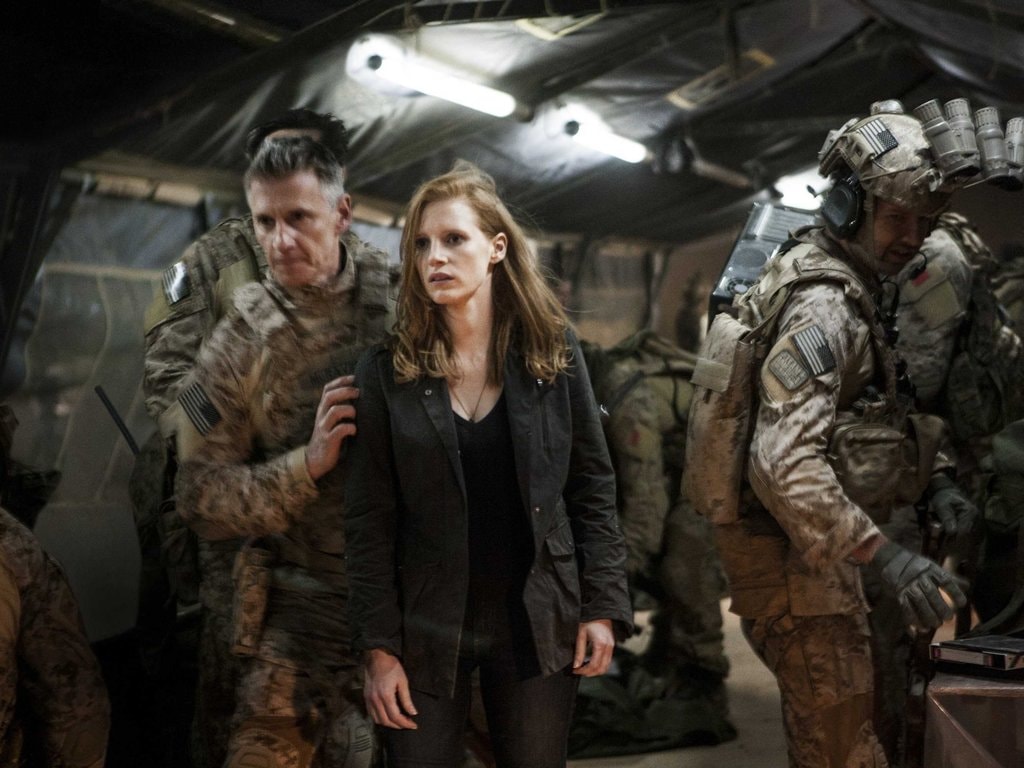 We think we can see what happened here. Kathryn Bigelow’s thriller is a detailed account of the intense political and military manoeuvres that went on behind the scenes to finally capture Osama bin Laden. Billed as ‘the greatest manhunt in history’, the expectation was for a full-on war movie when, in reality, the film, just like the real-life mission, was more about detailed research and unglamorous execution. 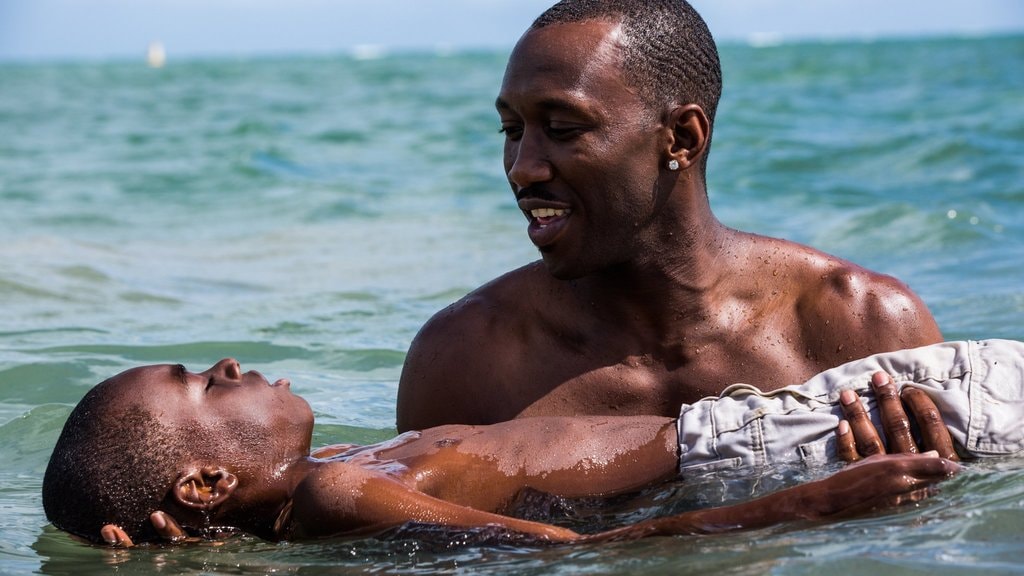 The Best Film winner at the Oscars in 2017, Moonlight overcame the fiasco of the ceremony itself but apparently not the apathy of the public. We still think this is one of the best films of the year, but plenty of you don’t agree. 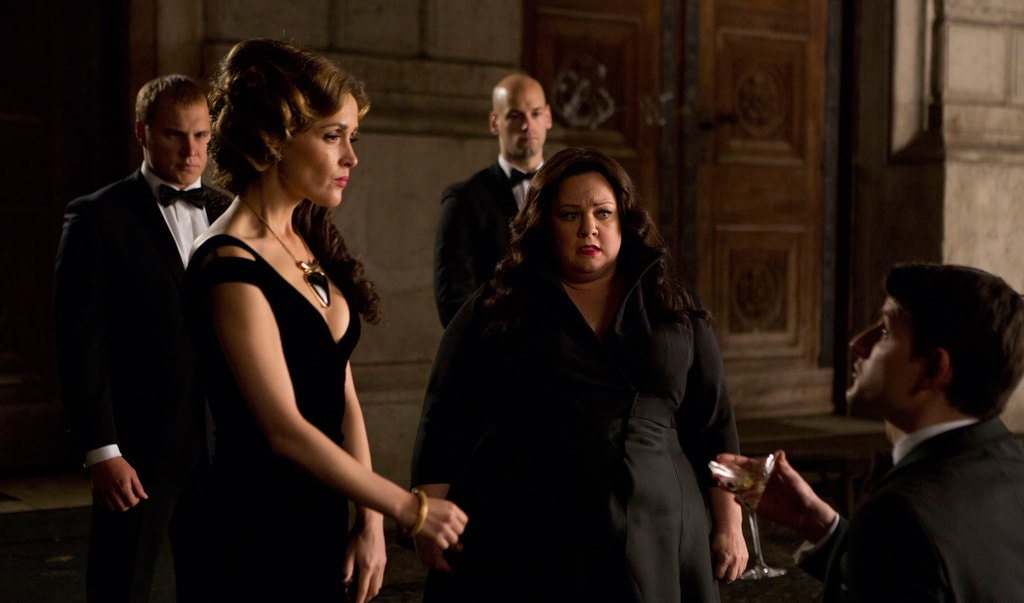 Paul Feig (who will feature later on in this list too) has had mixed success since the universally loved Bridesmaids (2011). This Melissa McCarthy vehicle was a fairly amusing parody of spy movies, but it stuck very much to the formula we are now familiar with from the director. 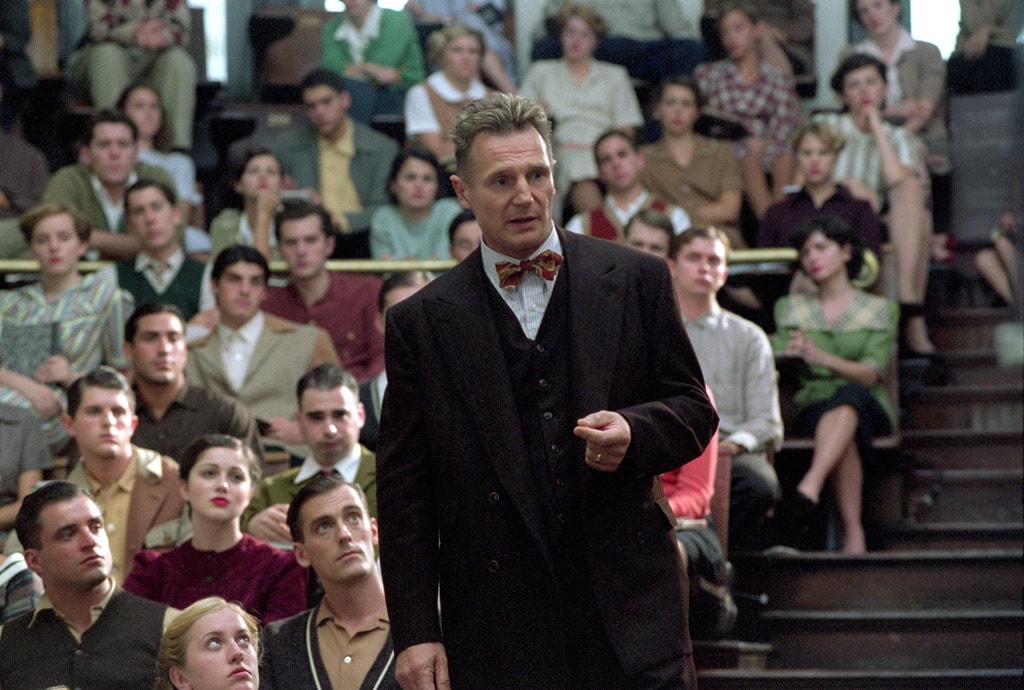 We can guess what people thought they were going to get going into this film about the man who pioneered sexual behaviour studies in the 1950’s, and therefore we can sense the disappointment in the resulting movie being a serious drama about the academic side of research. Data analysis is not for everyone. 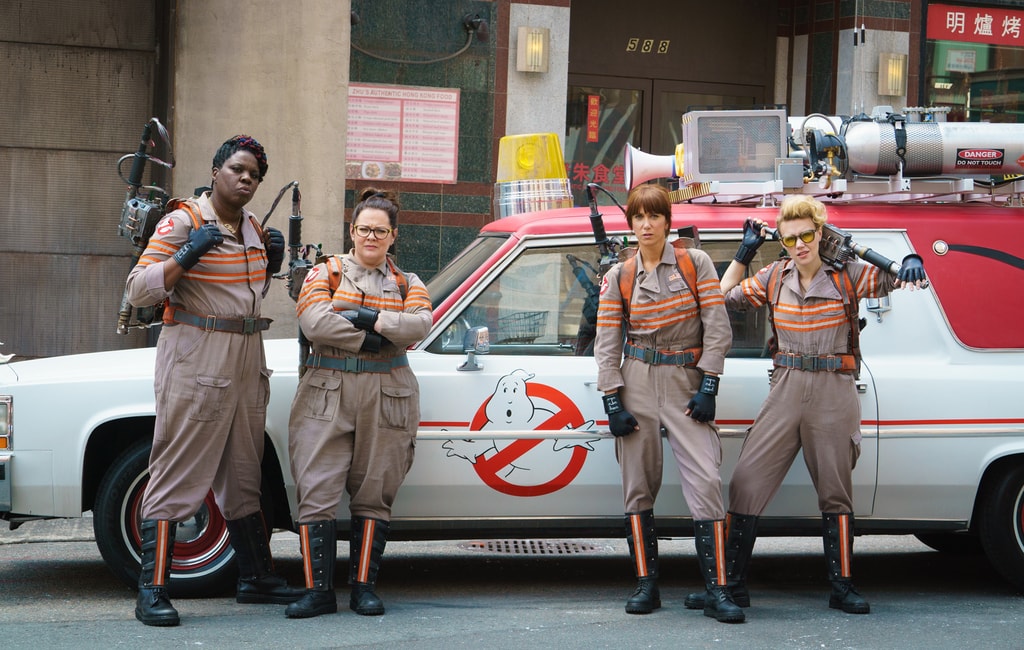 This is the most controversial remake of recent years. The previously all-male Ghostbusters line up was replaced by four women – and the internet lost its collective mind. Reviewers praised the movie for taking the franchise in a new direction, and, to be fair, there is nothing inherently wrong with Paul Feig’s idea of change here. Why exactly do fictional ghostbusters have to be men anyway? However, the other issue cinemagoers had – that the film just wasn’t very good – was far more justified.