It was one of the funniest TV shows ever. Six lovable New Yorkers who shared their lives and loves and entertained everyone with their hilarious antics, but even Friends had some awful moments. Here are some of the worst bits that we all wish we could forget.

In the early days, Joey Tribbiani (Matt LeBlanc) was actually a smart lothario. Sure he got into trouble for playing the field, but he wasn’t stupid. Or at least that was the case until somewhere in the middle of the show’s 10 season run. In later episodes, the wannabe actor isn’t just daft, he’s made out to be an outright dingus.

Something of a running joke, this gimmick did elicit some chuckles when used as a throwaway gag. In the final series, and desperately short on ideas, the writers decided to turn Joey into the stupidest man alive as he attempts to speak French by simply making random sounds. The shame.

In the very next episode after the linguistic debacle above, Joey is once again reduced to being a man-child when he is convinced the girl he is talking to in Monica’s (Courteney Cox) and Chandler’s (Matthew Perry) new house is actually a ghost. Come on!

Let’s take a break from bashing Joey and focus on another major irritant from the tail-end of the show’s epic run. We like Lisa Kudrow (Phoebe) and we love Paul Rudd, but the characters they play in Friends had zero chemistry with each other. Mike just came across as annoying, and we all wished that the kooky Phoebe had ended up with the scientist based in Minsk instead.

What even was this? 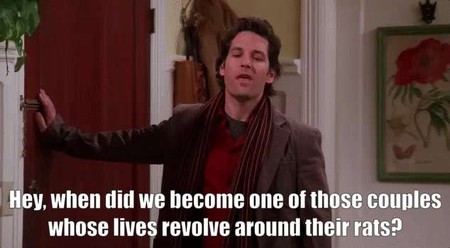 When Joey pees on Jeff Goldblum

This one is so annoying that we have a hard time watching the episode. In an attempt to further his acting career, Joey discovers he can only attain ‘intensity’ by desperately wanting to go to the toilet. Jeff Goldblum is the unfortunate recipient of the inevitable aftermath.

Now this initially made sense. When Ross (David Schwimmer) reveals his decade-long crush on Rachel (Jennifer Aniston) to his friends, they tell him he is in the friend-zone. To be fair, it’s not really the fault of the show that the term has gone on to be used by overly-sensitive man-babies when the woman they like has zero interest in them.

Ross getting a tan

It was funny at first. And then…

Creepy pest Paolo hasn’t aged well as a character. What was once funny is now just cringeworthy. The introduction to the Italian Casanova also inadvertently highlights how petty and jealous Ross was to start off with.

Recurring characters can be fun, but the show took it way too far with the return of Janice in seemingly every season. The shrill voice was funny once, but OH MY GOD it got tedious after a while. Once Chandler ended up with Monica, they should have left Janice behind. 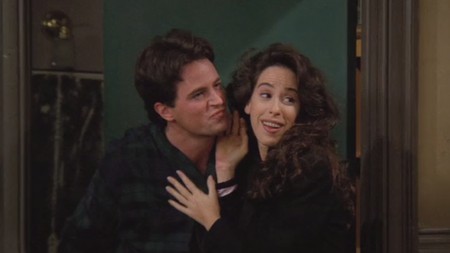 Red Ross… good. Jealous Ross… very bad. The fact that Ross and Rachel end up together in the season finale (sorry to spoil it for you if you happen to live under a rock) is fine. They were one another’s lobsters after all, but the insane jealousy Schwimmer portrays throughout the initial relationship period is infuriating. ‘Ross of Ross and Rachel,’ he says. ‘NO!’, we respond.

The other half of the TV power couple doesn’t cover herself in glory either. We can just about accept the manic way in which she turns up at Ross’s wedding to Emily (Helen Baxendale), but the way Rachel treats Julie, when Ross is clearly happy and in love, is awful. She also persuaded Bonnie to shave her head, just to make her look ‘ugly’.

The series actually had a habit of dismissing potential love interests in a cruel and unfair manner just to keep the laughs flowing. See also: Joey’s sister and ‘Fun Bobby’.

What’s with all the incest?

Yep. They went there… and on more than one occasion. Remember Rachel’s short-lived storyline with the neighbour she flirts with? Turned out he was ‘too close’ to his own sister. Ross also had the hots for his cousin Cassie and kissed Monica. Yuck. 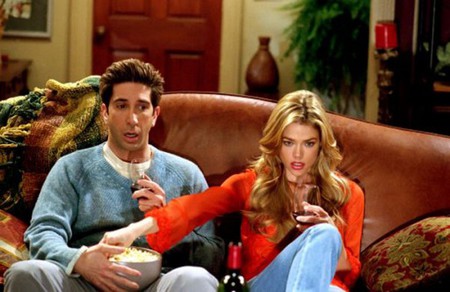 Ross and his ‘growth’

This whole episode is pretty annoying. Ross finds an inexplicable growth whilst showering, shows it to the other two boys on the show, then decides to have it removed. As well as the unrealistic depiction of hospital bedside manners, the kicker is the abysmal caricature of an alternative practitioner at the end. 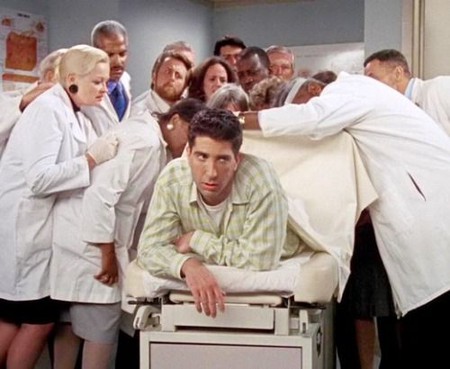 He was never a popular addition to the show, but Mr Heckles being murdered by the gang was a pretty brutal way to write off a character. The lack of genuine remorse is disturbing.

An annoying brother who wants her to have his babies, a grandmother who haunts a cat and parents who come and go like the wind. What the heck was going on in the Buffay household? Also, the whole twin sister thing not only got ridiculous, but started off as a cheap gag in the first place. 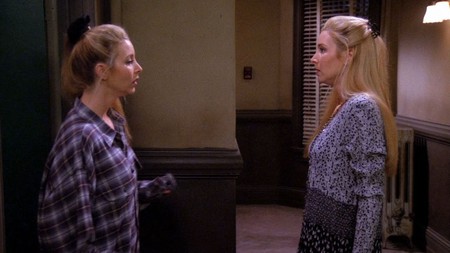 Actually, most of the cameos are terrible. Bruce Willis as the possessive Dad who can’t cry. Robin Williams and Billy Crystal turning up as randoms to basically promote a god awful film they were starring in at the time. Danny DeVito as the weird stripping policeman. We’re not even that keen on Brad Pitt either.

The worst though is Jon Favreau as a billionaire who buys his way into the group and into Monica’s affections. The payoff, an Ultimate Fighting Championship loss, is so rushed and unnecessary that it makes a multi-episode arc feel utterly pointless.

Have we missed out any awful moments on our list? Let us know in the comments below.