15 Surprising Things That You Might Not Know About Amy Winehouse 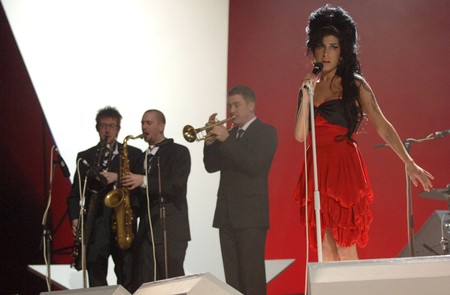 Amy Winehouse was everything you’d expect from an unforgettable singer – supremely talented with a rock’n’roll lifestyle and a sensational voice.

When she died six years ago in 2011, joining the likes of Kurt Cobain and Janis Joplin in the infamous 27 Club, the world was bereft. The music industry was deprived of her larger-than-life personality, her cheeky wit and raw skill.

Everyone thinks they know who she was but ahead of the anniversary of her death on July 23, we bring you some little known facts that might surprise even the most passionate fan.

1. Amy used to be in a rap duo called Sweet ‘n Sour – a Jewish version of Salt-N-Pepa – with her childhood best friend Juliette Ashby when she was 10.

2. Her first job was as a celebrity reporter at World Entertainment News Network (WENN), which was set up by Juliette’s dad.

3. Amy won a scholarship to the Sylvia Young Theatre School, but she did not graduate. She was expelled for ‘not applying herself’ and piercing her nose.

4. Winehouse’s first tattoo was of Betty Boop, which she got inked on her back when she was 15. Other tats include a native American feather, a horse shoe, her grandmother Cynthia, a naked woman, a lightning bolt and a razor blade with ‘Blake’ written above it.

5. Amy came up with the idea for her hit song ‘Rehab’ as a joke. She told Paper magazine: ‘Me and Mark Ronson were just walking down the street in SoHo and I sang the hook. I sang it as a joke.

‘Mark started laughing, saying, “That’s so funny. That’s so funny, Amy. Whose song is that, man?” I told him, “I just wrote it off the top of my head. I was just joking.”

‘And he said, “It would be so cool if you had a whole song about rehab.” I said, “Well, I could write it right now. Let’s go to the studio.” And that was it.’

6. The track ‘Me and Mr. Jones’ on her debut album Frank was about rapper Nas. Amy namedrops his daughter Destiny in the song and references their shared birthday on September 14. The pair would go on to become good friends.

7. Amy revealed in an interview with Rolling Stone that she didn’t want to be a singer growing up. Instead, she ‘fantasised about being a roller-skating waitress like the ones she’d seen in American Graffiti.’

8. She heckled Bono at the Q Music Awards while he was giving an acceptance speech. The singer reportedly shouted: ‘Shut up! I don’t give a fuck!’

9. She once carved her fiancé Blake Fielder-Civil’s name into her stomach with a shard of glass during a photo shoot with Terry Richardson in front of a reporter.

10. Her favourite song was Carole King’s ‘So Far Away’. The 1971 track was performed by her friends and family at the end of her funeral service.

11. The singer’s iconic beehive was believed to have been 6.5 inches high.

12. Before her death, Amy had a close call in 2007 when she overdosed on heroin, ecstasy, cocaine, ketamine and alcohol. She was forced to cancel a number of shows in the UK and Europe.

13. Her favourite drink was called the Rickstasy. It’s three parts vodka, one part Southern Comfort, one part banana liqueur and one part Baileys.

14. She was a big fan of Frank Sinatra and named her debut album after the legendary crooner.