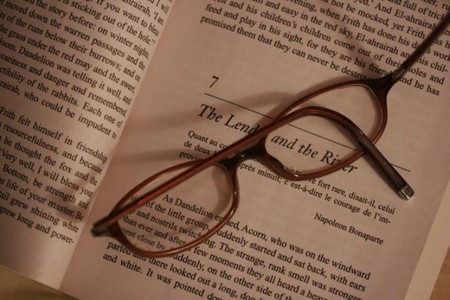 Whether it’s revisiting classics you read yourself as a kid or the latest young adult best seller on everybody’s lips, sometimes curling up with a children’s book can be just as exciting as supposedly more mature adult-oriented reads. We’ve rounded up 15 kid’s books that every adult can enjoy from classics by British authors like Frances Hodges Burnett to contemporary American fiction.

Three orphans plucked from the four corners of the earth by their adoptive great-uncle, eccentric palaeontologist and globetrotter Matthew Brown (also known as ‘Gum’) devise an ingenious plan to support their family – to become stars by taking lessons at the Children’s Academy of Dancing and Stage Training – when Gum fails to return from one of his expeditions, in English author Noel Streatfeild’s debut children’s novel Ballet Shoes. An enchanting story of sisterhood and triumph in the face of adversity, the book still resonates with older readers today in its old-school charm and likable, young heroines Pauline, Petrova and Posy Fossil.

Stig of the Dump – Clive King

English writer Clive King’s 1963 children’s classic Stig of the Dump tells the tale of a young boy, Barney, and the unlikely friendship he forms with the titular Stig – a caveman he discovers living in a disused chalk pit near his grandparents’ house while on holiday with his sister, Lou – and though his family doesn’t believe Barney’s tales of befriending a stone-age man, the two forge a strong bond despite their obvious differences. Still a much-loved novel today, it has been adapted for television a number of times and into a successful theatrical play by playwright Richard Williams.

Ranked 51st on The Big Read, a 2003 BBC conducted poll on British readers’ best-loved novels, Frances Hodgson Burnett’s The Secret Garden is a perennial classic about Mary Lennox — a spoilt, sullen orphan sent to live with her uncle in Yorkshire following her parents deaths in India — and her journey towards self-knowledge and maturity via the secret garden she discovers on her uncle’s sprawling estate and the people she meets there. Interestingly the book was originally published as a serial in The American Magazine, a periodical aimed at adults before being published as a whole in 1911 – which perhaps explains the novels appeal to adult readers today. 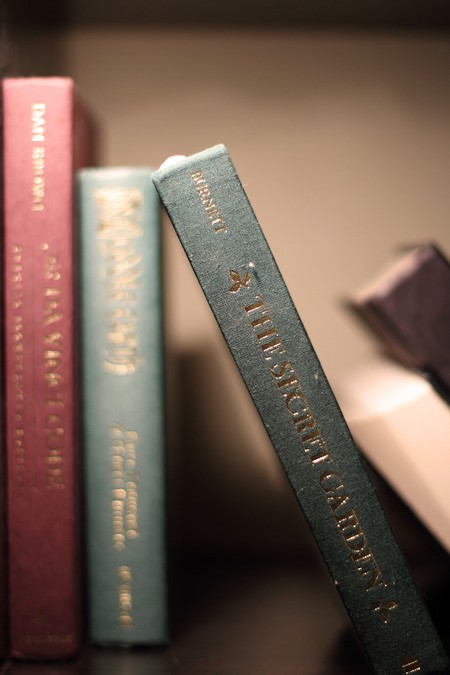 Lewis Carroll’s 1865 novel Alice’s Adventures in Wonderland is the weirdly wonderful tale of a young girl who falls down a rabbit hole and is transported to a fantastical world of strange characters including a mad hatter, an anxious white rabbit, a hookah pipe-smoking caterpillar and a philosophical Cheshire cat, and a book that has enchanted generations — both young and old – years after its original publication. If you’re still enjoying Alice’s Adventures in Wonderland way beyond childhood, you’re not the only one — the book has inspired everything from 1960s psychedelic rockers Jefferson Airplane’s song ‘White Rabbit’ to a new musical, Wonder.land, featuring a score by Blur frontman, Damon Albarn. 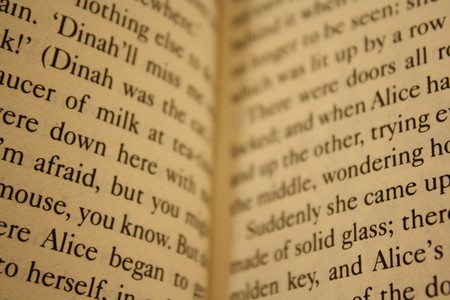 How I Live Now – Meg Rosoff

Following its 2004 publication, London-based American author Meg Rosoff’s debut novel How I Live Now — which takes place after the outbreak of an imagined third world war and follows its teenage American protagonist Daisy as she is sent to live with her English cousins on their remote farm — won both the Guardian Children’s Fiction Prize and the Printz Award for young adult literature. Although ostensibly geared towards a teenage audience, the book’s themes — war, love and survival — make it a riveting read for any age group.

Perhaps it’s their eschewing of innocent fairy-tale themes in favour of a darker, more mischievous tone, but beloved, best-selling Cardiff-born writer Roald Dahl’s multi-award-winning kid’s books have an appeal that have seen them translated into over 50 different languages and adapted into countless movies and plays. His 1988 book Matilda – about the eponymous Matilda Wormwood, a genius girl child surrounded by mean, ignorant adults – is typical of Dahl’s charmingly rascally tales of resourceful, young protagonists proving more capable than their adult counterparts, though for an even darker Dahl (but with his characteristic cheek, of course), older readers may want to check out his purely adult-oriented works like My Uncle Oswald, a tale of a philandering bounder dubbed ‘the world’s greatest fornicator’. 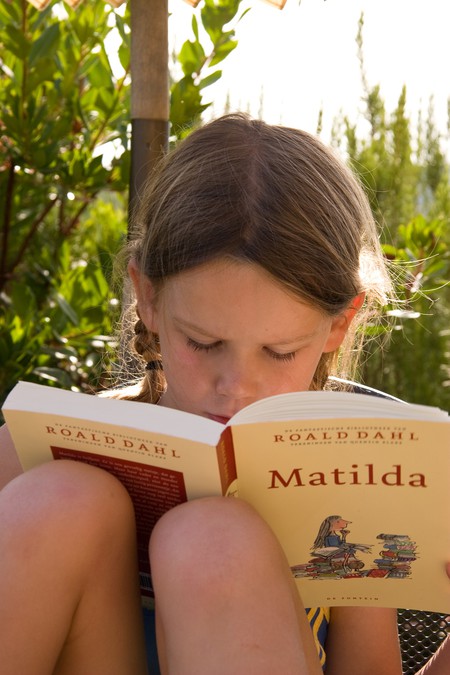 Set during the Second World War, Michelle Magorian’s novel Goodnight Mister Tom — which won the Guardian Children’s Fiction Prize in 1982 — follows young Willie Beech, a young boy from London, evacuated to the countryside and the care of the initially gruff and grieving Mister Tom of the title. While there are some dark, decidedly adult moments — Willie’s abusive, mentally ill mother, for example, and the disturbing death of his neglected baby brother — Magorian’s debut is nevertheless a heart-warming tale of two disparate characters saving each other from their own loneliness.

American author E. B. White’s tale of a little spider’s clever plan to save a pig from slaughter, Charlotte’s Web, is one of the best-selling children’s book of all time, with over 45 million copies sold worldwide since its publication in 1952. Named a Newbery Honour Book in 1953, Charlotte’s Web also helped earn White a Laura Ingalls Wild Medal, awarded to authors who have made a substantial contribution to children’s literature, in 1970 and has been adapted for both film and the stage. 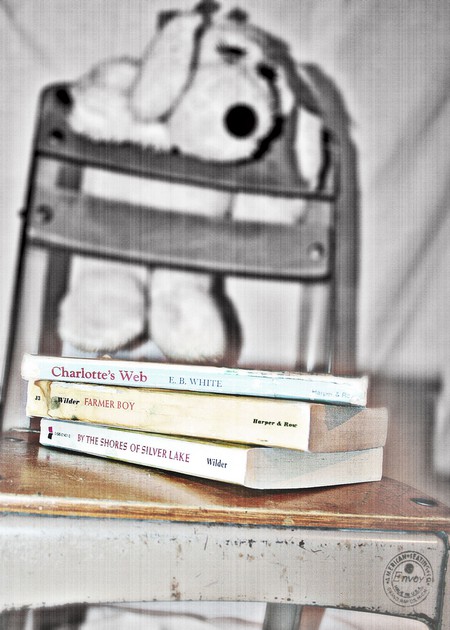 Friendship, the power of imagination, loss and grief are all themes in American writer Katherine Paterson’s powerful 1977 book, Bridge to Terabithia — a tale of a young boy, Jess Aarons, whose life is forever changed when the plucky, imaginative new girl in town, Leslie Burke, moves in next door to him. Inspired by real-life tragedy in the writer’s own son’s childhood, Bridge to Terabithia went on to win a Newbery Medal — a success she would repeat again in 1981 with her later children’s novel, Jacob I Have Loved. 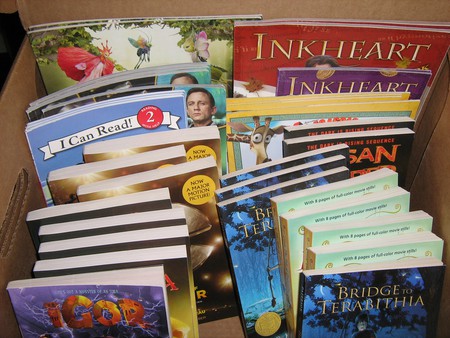 After a young rabbit, Fiver, has a vision foretelling the impending destruction of his warren, he and a group of brave fellow rabbits set out to find a new home, facing various dangers — bloodthirsty dogs, a despotic rabbit and of course, the ever-present threat of humans — along the way in Richard Adams’ classic Watership Down. Although the author has asserted himself that he never intended the novel — which began life as a story for his young daughters — to be read as an allegory, many subsequent reviewers and critics have drawn parallels with Watership Down and both classic epics from Greek and Roman mythology and religious parables.

In The Sheep-Pig, Farmer Hogget wins a young, orphaned piglet at a county fair and takes him home to his farm where, having no use for pigs, his wife intends to fatten him up for Christmas lunch – until, that is, resident sheepdog Fly teaches him her ways and the young pig demonstrates an extraordinary skill sheepherding. Written by Dick King Smith and inspired by his years working as a farmer in rural England, The Sheep-Pig was adapted into a much-loved kid’s film, Babe, by Australian director Chris Noonan in 1995.

Not only did British writer Mark Haddon’s crossover hit The Curious Incident of the Dog in the Night-Time — the tale of Christopher, a 15-year-old boy with Asperger’s Syndrome, who decides to solve the mystery behind a dead dog he discovers in his neighbour’s garden — win the 2003 Guardian Children’s Fiction Prize, it also scooped the Whitbread Book Award that same year. Interestingly, the book was published in two identical editions with different cover art – one aimed at adult and one at young adults. 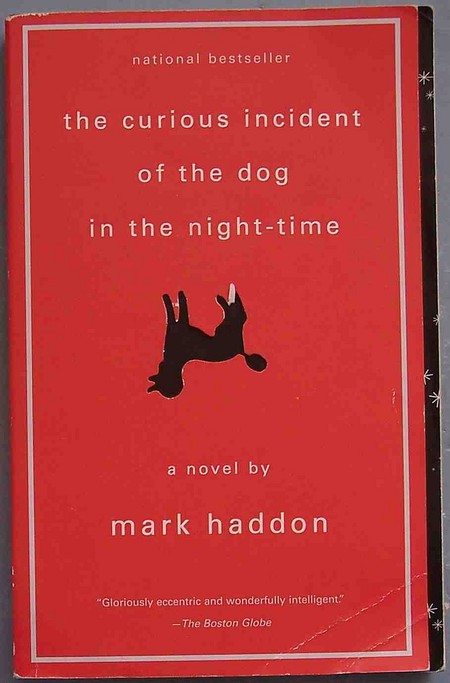 curious incident of the dog in the night-time

Because of Winn-Dixie – Kate DiCamillo

Former National Ambassador for Young People’s Literature Kate DiCamillo’s debut novel Because of Winn-Dixie was a critical success, going on to win both a Josette Frank Award and a Mark Twain Readers Award after its publication in 2000. A heart-warming ‘girl and her dog’ tale, the book follows its young protagonist, Opal, after her move to a quirky Florida town where she adopts a scruffy stray dog – the Winn-Dixie of the title, so-called for the supermarket she rescued him from – who teaches her a thing or two about friendship and forgiveness.

A Wrinkle in Time – Madeleine L’Engle

American writer Madeleine L’Engle’s A Wrinkle in Time, a science fiction fantasy novel aimed predominantly at young adult female readers, was quite revolutionary for its time – in fact, it was rejected a total of 26 times before being published in 1963. The Newbery Medal-winning novel focuses on Meg Murry, a young girl who discovers that her scientist father’s disappearance may be related to time travel after a mysterious visitor, Mrs. Whatsit, tells her and her remaining family of a ‘tesseract’ leading to a battle between good and evil that L’Engle would follow up in subsequent sequels, A Wind in the Door and A Swiftly Tilting Planet, amongst other books from her Time Quintet series. 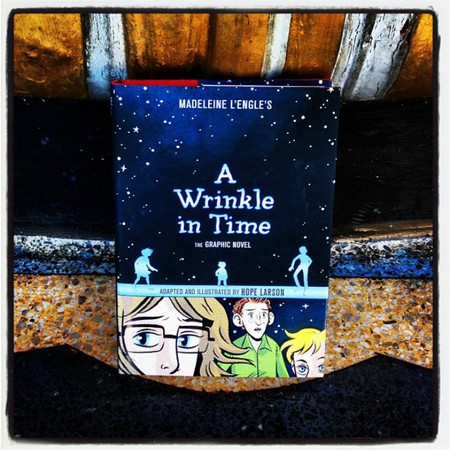 It was sold out in 5 stores and I got the last copy of @hopelarson new book A Wrinkle in Time that was around the Valley!

The first book in Philip Pullman’s young adult fantasy trilogy His Dark Material, Northern Lights (published as The Golden Compass in the USA and other countries) introduces young Lyra Belacqua — a feisty 12-year-old girl living in a parallel universe dominated by a menacing theocracy, the Magisterium, who finds herself embroiled in a sinister plot involving stolen children following the disappearance of her friend — and was awarded both the Carnegie Medal and the Guardian Children’s Fiction Prize after its release in 1995. The subsequent titles in the trilogy, The Subtle Knife and The Amber Spyglass were published in 1997 and 2000.