The Dystopian Novels You Should Read

The dystopian genre of literature is defined as one that posits a totalitarian, post-apocalyptic or chaotic reality in the present day or future. Such a reality is often governed by manipulative states that aim for omnipotence and total control over their inhabitants. Gripping and enthralling to the very last pages — from Russian to British and American writers, and more — we present the best dystopian novels that you must pick up and read. 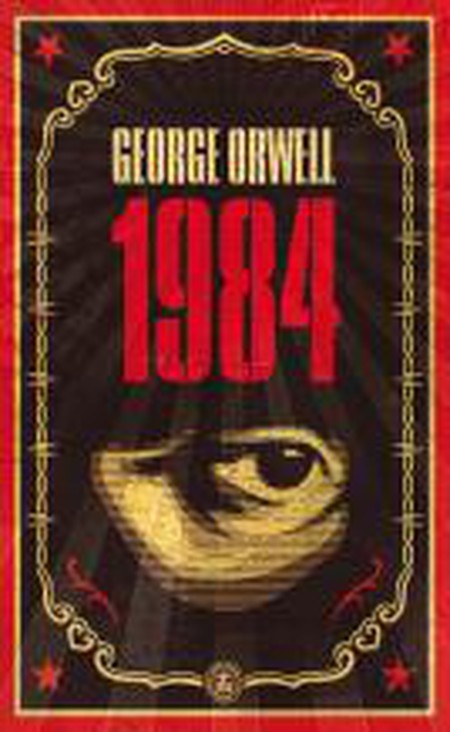 An absolute classic and must-read novel of the dystopian genre, Orwell’s Nineteen Eighty-Four combines sexual suppression, authoritarianism and themes of psychological manipulation. At the beginning of the novel it is clear that protagonist Winston Smith remains incarcerated mentally and physically, which is reflected by the omniscient, authoritarian controls of Big Brother. Doing everything to split men and women and keep them apart and crushing the notion of freedom at the same time, the Party’s omniscience makes for a compelling read and a fight against governmental control. This novel has a denouement that you will never forget. 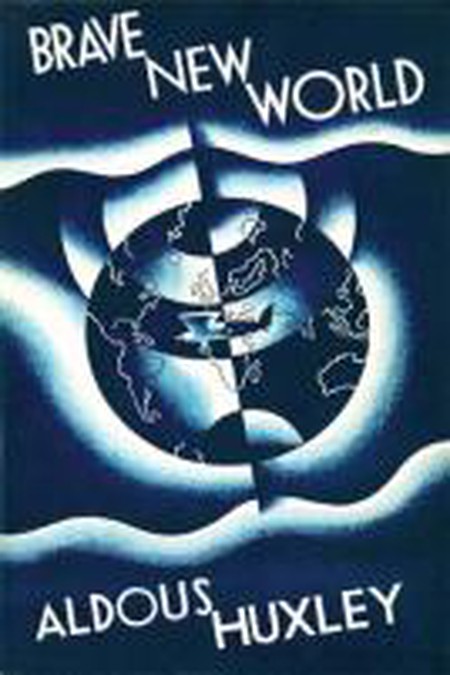 With facades of anti-hierarchical notions, pedagogy and sexual themes that open up a whole dialectic of potential rebellion against those with power, Huxley’s Brave New World is a fascinating dystopia with twists and turns. The concept of potential insurrectionism features as a prevailing theme amongst the students of the world and we are constantly presented with a juxtaposition of conformity and potential insurgence. Huxley’s dystopia is definitely a must-read. 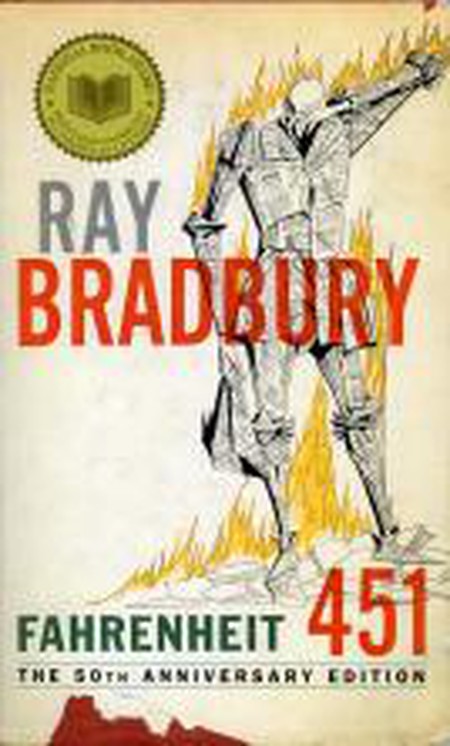 Bradbury’s Fahrenheit 451 portrays a world in which books are prohibited due to censorship, and depicts the exact rules that dictate the process of burning them outright. As fire fighters destroy the literary outlets of their world, which are prohibited, a clandestine fight to protect and free the written word ensues. An enthralling read that shows the threshold between free expression and the silencing of ideas, Fahrenheit 451 is a shocking dystopia, which alludes to modern Western dialectics of the media’s power and self-expression. 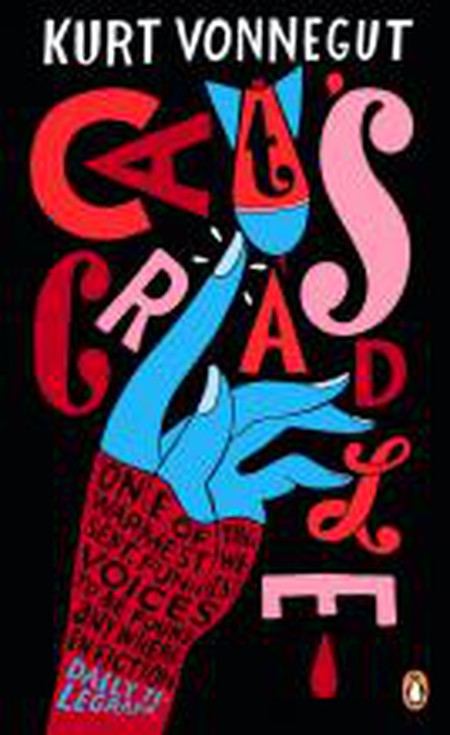 An apocalyptic dystopia published just after the Cuban missile crisis, Cat’s Cradle is a fascinating work that posits with irony the notion of the end of the world. With the invention of ‘ice nine’, a chemical that can freeze the planet solid, the novel takes us on a journey of new religion and spiritual texts. A work that is in parts humorous and, at the same time, concerned with pressing contextual issues, Vonnegut’s Cat’s Cradle should be on your list of must reads. 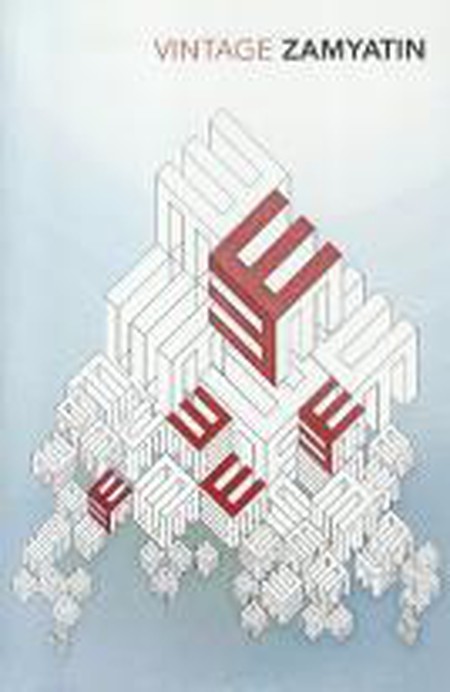 Zamyatin’s We is a novel that was banned on its publication in Russia. It is a novel that juxtaposes the individual thoughts, feelings and self-expression of protagonist D-503 and the One State city in which freedoms and liberties are not permitted. A tussle between the free will of our diary-writing protagonist and the state, which controls its citizens, We presents us with a world of surveillance and control that is wholly omnipotent. 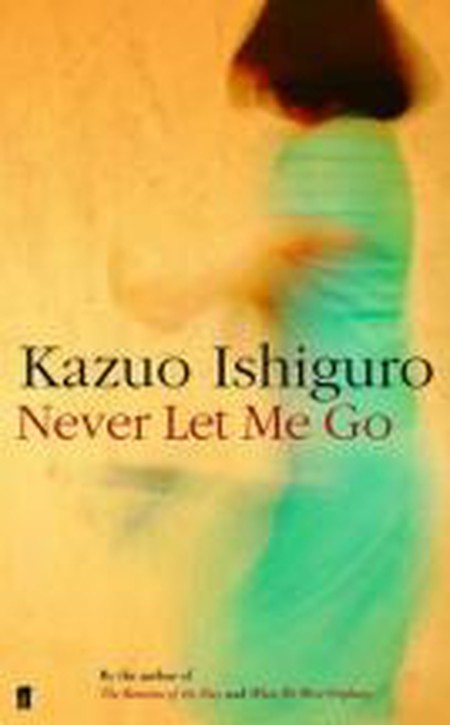 A critically acclaimed novel and film depicting the story of Kathy H and her existence as a ‘carer’, Never Let Me Go is a contemporary dystopian novel with a twist. Written by Japanese-born British novelist Ishiguro, this dark story centers around student organ donors whose sole occupations are to exist to extend the lives of others. Ishiguro depicts a bleak page-turner that is both captivating and will leave you shocked. With solemn and tense parts to the narrative, this dystopia definitely should be read. 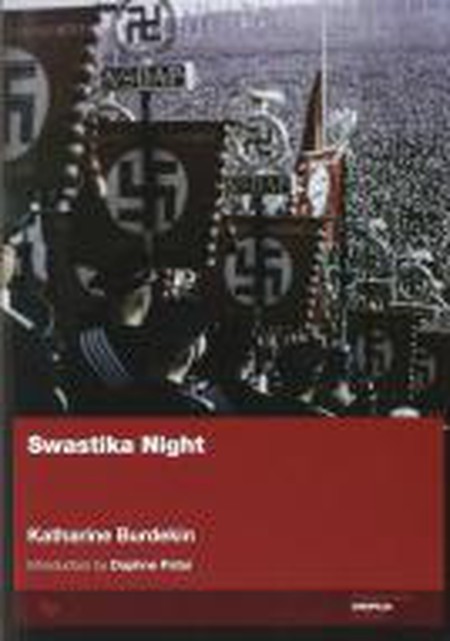 Burdekin’s Swastika Night is an archetypal dystopian novel and an instance of a hypothetical, alternate history. Telling the story of a post-Hitlerian culture, the novel posits what life would be like had the Nazis gained total control of Europe. Exploring the relationship between politics and femininity, feudalism and power, Swastika Night is a novel that questions ‘what if?’ in a range of ways, demoting women to a lesser position and exploring the bonds between men. 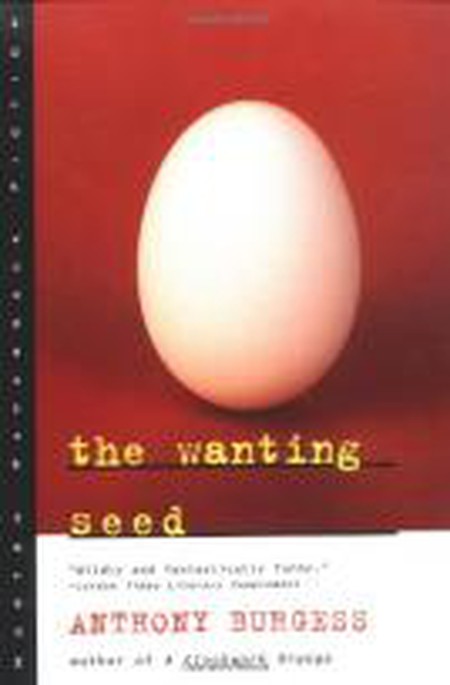 A dystopia that focuses on the concept of overpopulation, Burgess’ The Wanting Seed is a novel that puts governments in authoritarian control. Homosexuality is glorified and practiced as a means of population control, food is scarce and cannibalism exists in a world in which laws exist to quash any sabotage and irresponsibility. A page-turner, this book is a classic dystopia with comical and serious elements. 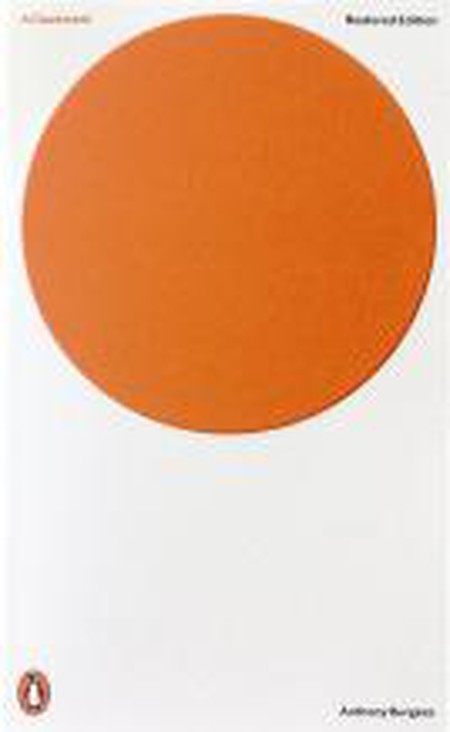 A futuristic dystopia with neologisms, obscene violence, punishment and themes of control, A Clockwork Orange is a novel that will leave a lasting impression on you. In this novel, anti-hero Alex carries out menacing acts and disturbing crimes – including rape and theft – and it is only when the state intervenes with a mind-altering ‘Ludovico technique’ that things begin to change. 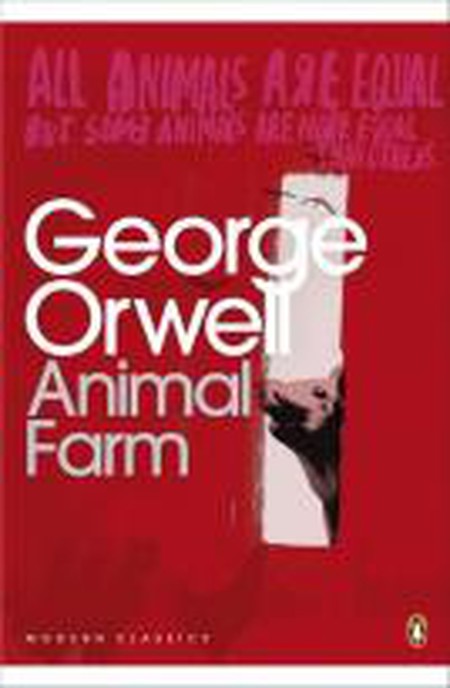 George Orwell’s Animal Farm is a novel that allegorizes and alludes to the political prelude of the Russian Revolution and Stalinism. As the farm’s animals develop their own ‘civilized’ society and political motifs begin to surface, the anti-hierarchical set up of the farm slowly but surely begins to shift and change. An intriguing story with stark dystopian elements, Animal Farm should be on your list of books to read. 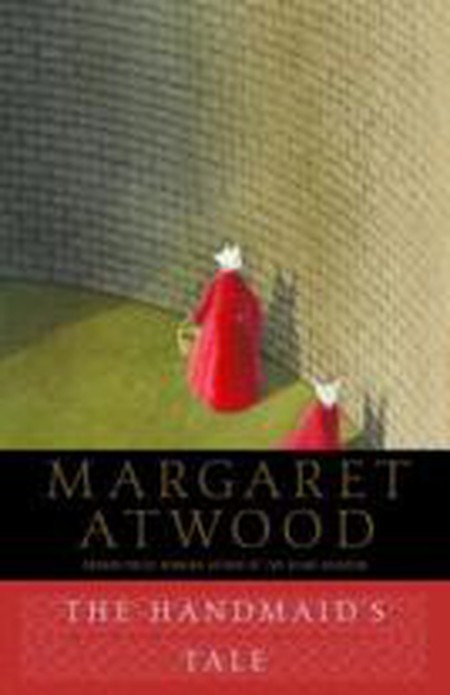 A dystopian, totalitarian-themed novel that is set in the future, Atwood’s The Handmaid’s Tale focuses on stories of suppressed women that live in the theocratic state of Gilead. The women exist merely to breed for the elite, and the narrative is written with a stark and captivating tone throughout. Constantly questioning whether or not Offred will achieve the freedom that she desires, we are taken on a journey that is thought provoking and eloquently written. 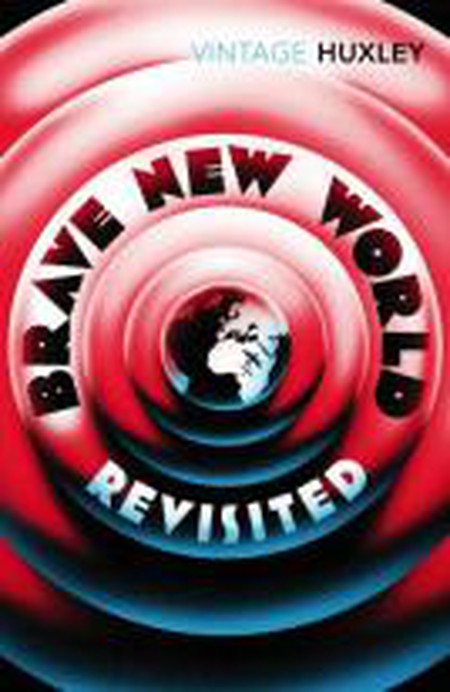 A follow up to the inhabitants of Brave New World, Huxley’s Revisited is a first-person perspective contemplation of the dystopian elements in his 1932 novel, told by the author himself. Featuring themes such as overpopulation, propaganda, democracy and dictatorship, the book is a comprehensive musing on contemporary society and strongly supports individuality in the present day. A juxtaposition of Huxley’s knowledge and narrative combines to make a fascinating, educational read that is a page-turner. 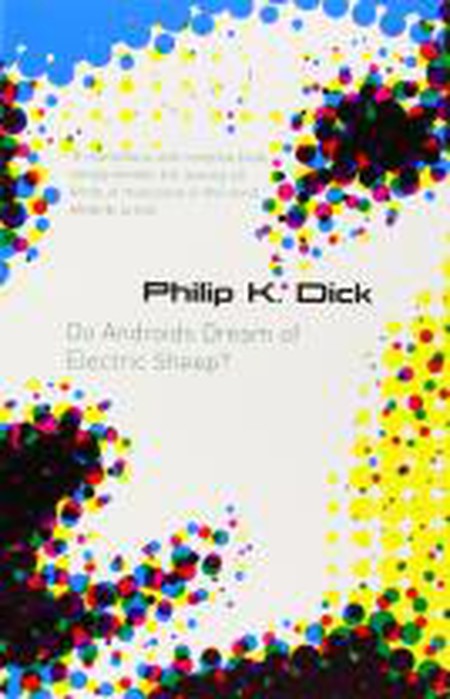 Philip K. Dick’s science fiction novel Do Androids Dream of Electric Sheep is a post-apocalyptic novel with dystopian and chaotic elements. The protagonist Rick Deckard goes in pursuit of androids that have assumed human identities and the novel depicts a segment of his life. A novel upon which the popular film Blade Runner was based, this book tells a captivating, futuristic story that will keep you turning pages until the very end. 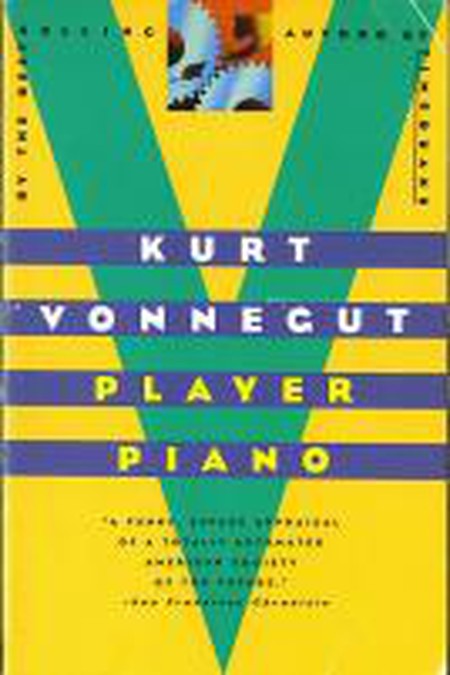 A dystopia that is set in the future and focuses on the use of machines in every day life, Player Piano explores a society in which human skills are redundant because of mechanization. Protagonist Proteus is surrounded by propaganda, authoritarian themes and governmental power throughout. This novel is clever and relevant to contemporary society in more ways than one. It is a gripping dystopia that should be sitting on your shelf.