15 British Words and Phrases to Describe the Rain 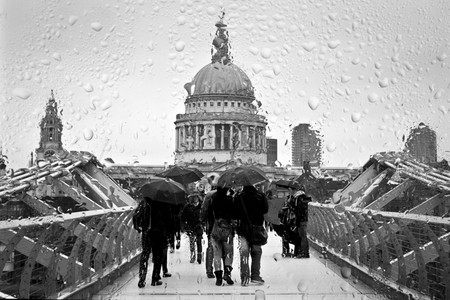 It’s a well-known fact that Great Britain is well used to its, shall we say, unpredictable weather. It’s a good job there’s plenty of words to describe the rain, then! Here are 15 of the most stand-out phrases, often used when Brits get soaked.

Quite possibly the most famous of the lot, ‘it’s raining cats and dogs’ has many theories. The most unbelievable (and believable, to be honest) is that in old England, dogs and cats used to sleep on the roofs of thatched houses, sliding off them when it started to rain. What it really means to Brits is just ridiculously heavy rain. 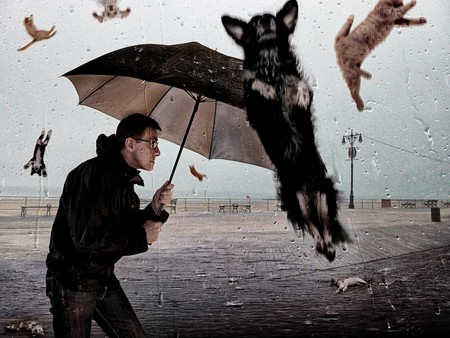 Another way to describe heavy rain is the phrase ‘tipping down’. eg. ‘We can’t go to the beach today, as it’s tipping down’.

For the rain to be ‘spitting’ it means it’s just starting. Inevitably, the next phrase is due to happen…

Similar to tipping down, bucketing down is another way to describe heavy rain. In its quite literal sense, it’s rain as if somebody is standing over your head pouring a bucket of water on you.

Yet another way of describing heavy rain (are you grasping the theme of British weather yet?), ‘teeming’ is often used to describe torrential rain and means ‘to pour, or empty’.

British humour never fails to let us down and the dry, sarcastic tone is definitely out on this one. ‘Nice weather… for ducks’ simply insinuates that only ducks could enjoy the wet spell. 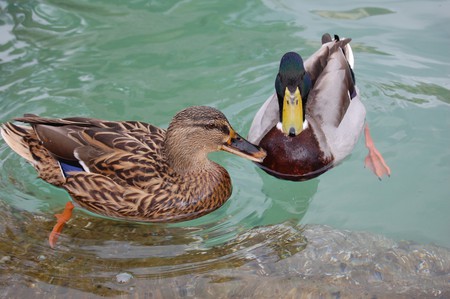 The heavens have opened

As the standard British weather is often predictable, the heavens do tend to open. This well-used phrase bears another literal meaning, with the heavens opening referring to all the rain possible falling from the sky.

Here comes the technical stuff! An April shower – or a heavy rain shower during the month of April – generally happens due to the jet stream moving northwards, causing unpredictable weather including heavy winds and rain from the Atlantic.

As it says on the tin, really – ‘trying to rain’ means it’s starting to rain.

Another one used regularly by Brits is ‘downpour’, used to describe a particularly heavy rain shower.

One of the most annoying kind of rain showers. One of those where it’s sunny and quite warm but somehow actually raining. Coat or no coat? 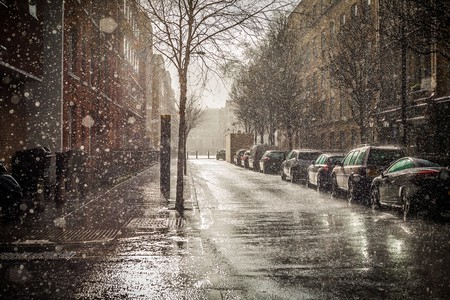 This one is another classic British weather situation. ‘It’s raining sideways’ is used when the wind is so strong that the heavy rain ends up falling horizontally instead of vertically. Not nice when you’re walking in its direction.

Not so much a word to describe the rain itself, more so to describe how Brits often get when it rains. To get ‘drenched’ is to get soaked through.

Reserved for those serious downpours where it rains sideways, a ‘deluge’ describes the carnage caused by the rain, tending to result in a severe flood.