14 of the Most Impressive Buildings in Birmingham, UK 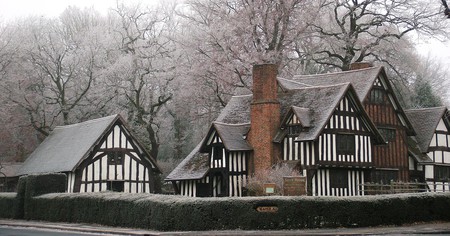 Apart from the relatively new buildings in the city – like Grand Central, the Library, and Selfridges – Birmingham also boasts an array of wonderfully historic buildings. Here are 14 of the best, each one with its own story to tell.

This Grade II listed building is home to the local government and is one of the largest buildings in the city. In fact, it’s so large it even has its own postcode. The entrance facing Chamberlain Square houses the Museum & Art Gallery, with the Victoria Square side offering a balcony often used to celebrate local sporting triumphs to adoring crowds beneath. 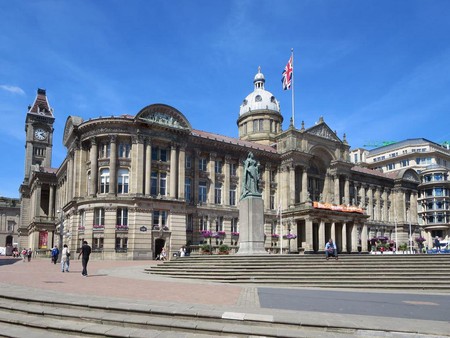 Curzon Street Station is currently a disused railway station in the Eastside area of the city. An operating station between 1838 and 1854, the Grade I building was partly in use for excursion and freight trains up until 1966. It is thought that this stunning structure will form the basis of the station for the HS2 line, with seven platforms planned for 2026. 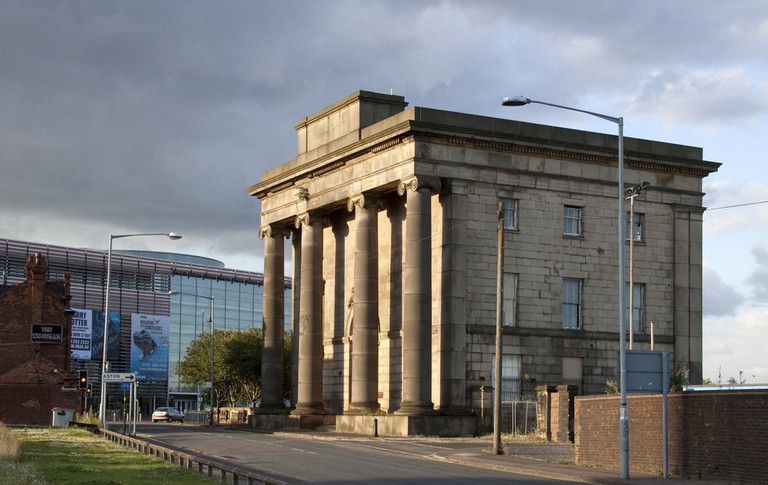 Moor Street is an early 1900s Grade II listed building – one of three operating train stations in the city centre. In the late 1980s the main station terminus was closed, with a new station being built next to it, but, following local rallying, the original building was restored in 2002 and re-opened in a 1930s style. The station now provides local services, as well as an important link between Birmingham and London. 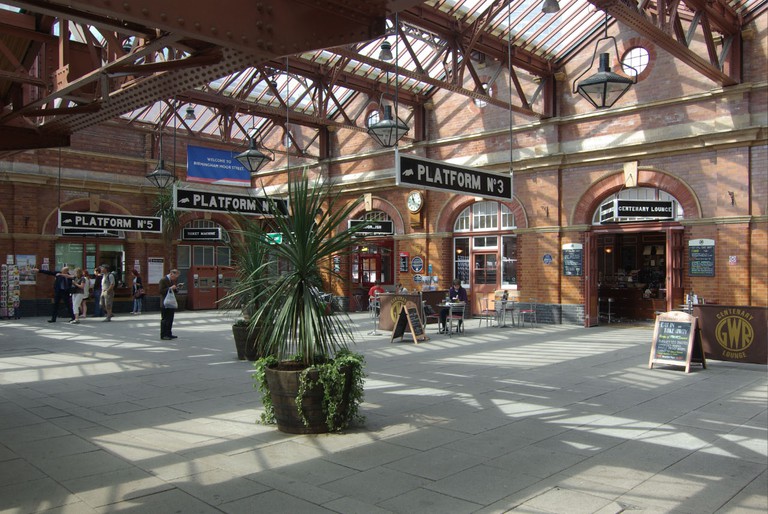 The Grade II listed Methodist Central Hall is one of the more striking buildings in Birmingham, thanks to its imposing tower of red terracotta brick. Located at the northern end of Corporation Street, the building’s main hall seats 2000 and its original street-level frontage is now occupied by shops. Most recently home of the Q Club, the hall occasionally hosts live music and DJs. 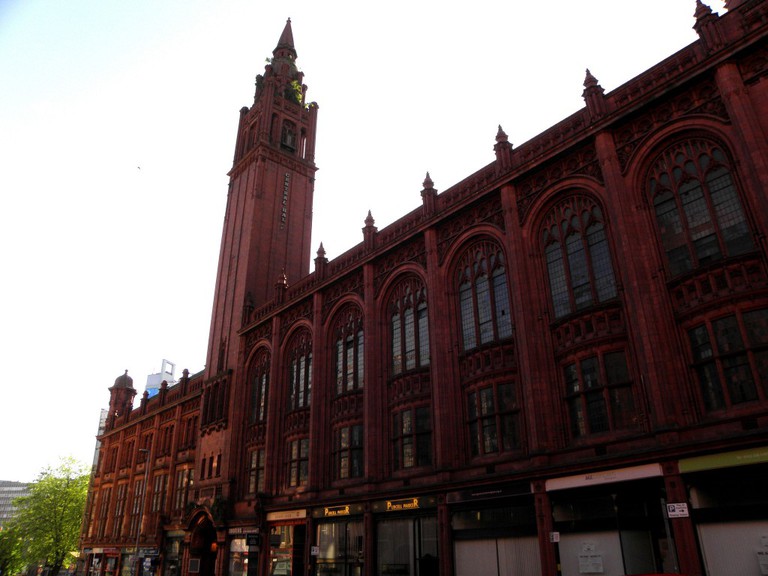 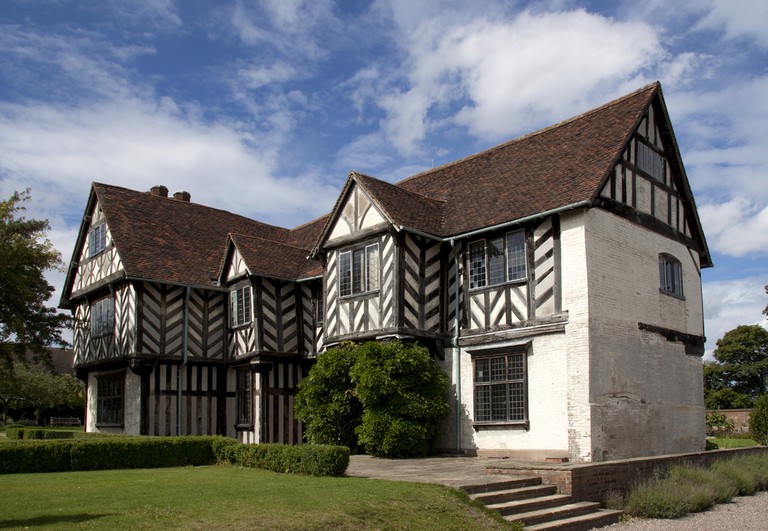 Blakeley Hall, Yardley | © Tony Hisgett/Flickr
Standing the test of time since 1590, Blakesley Hall is a timber-framed Tudor hall near Yardley. The museum housed in it today is furnished with an inventory of 17th-century items, while its herb garden is perfect for spotting wildlife. Plenty of original artifacts remain here, like the herringbone floor and paintings, only discovered after a bomb damaged parts of the plaster in the walls.
Open In Google Maps
Blakesley Road, Birmingham, England, B25 8RN, United Kingdom
+441213488120
Visit Website
Give us feedback

Just a stone’s throw away from Villa Park sits Aston Hall, an exquisite example of Jacobean architecture. Believed to have been built between 1618 and 1635, Aston Hall’s history and list of previous inhabitants is awe-inspiring. During peak periods, visitors can explore its authentic interior and stunning gardens seven days a week. 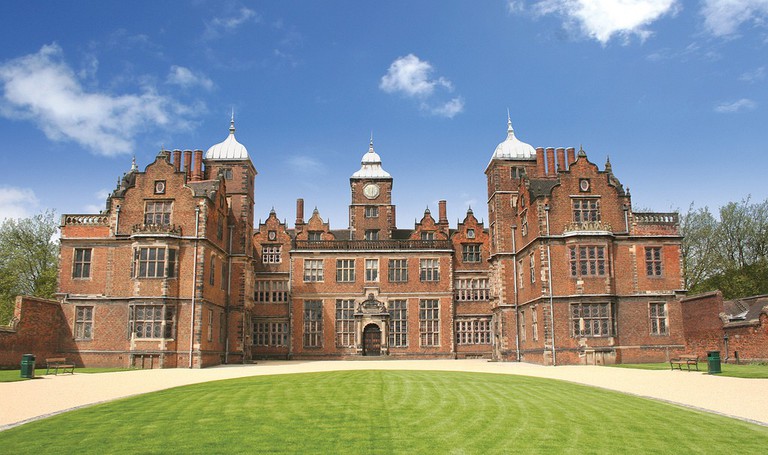 Originally built as a Parish church in 1715, St Philip’s became a cathedral in 1905, shortly after Birmingham was given city status in 1889. Though a small cathedral, St Philip’s has achieved Grade I status and proudly sits on Colmore Row in the city centre. 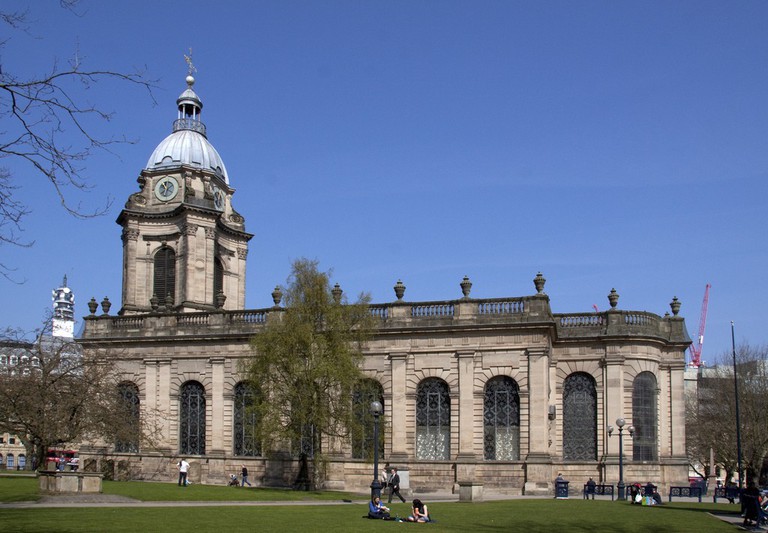 Another fine example of red terracotta brick, Birmingham’s Victoria Law Courts are a beauty to behold as far as stunning architecture goes. Now housing the city’s Magistrates Court, this Grade I listed building first opened in 1891 and is across the road from Birmingham Methodist Central Hall. 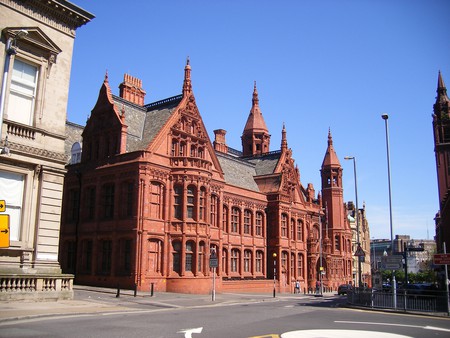 A fine structure in the city since 1879, The Grand, or The Grand Hotel, is a French Renaissance-style delight. Sat dormant since 2002 due to crumbling stonework, the building is now being restored to a fully operational hotel once more. It’s fair to say that this is one of Birmingham’s most adored buildings. 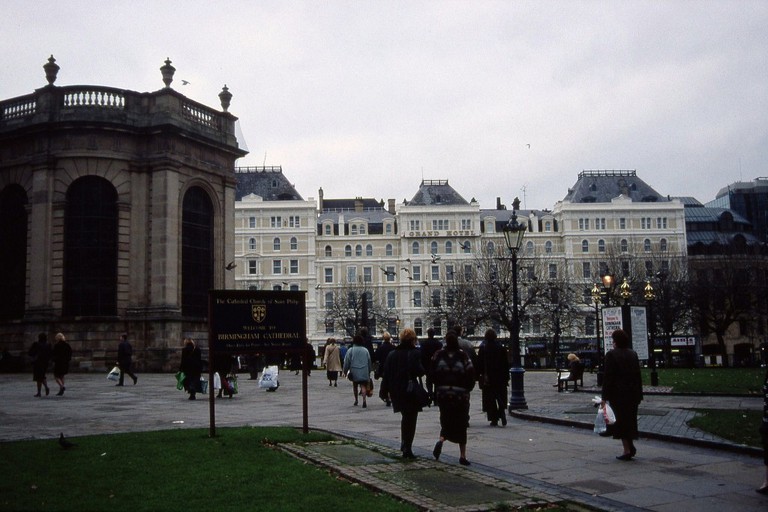 The 96-foot (29-metre) Perrott’s Folly was built in 1758 and stands proud in Rotton Park, Edgbaston. Legend has it that this structure influenced tower references in J.R.R. Tolkien’s work. 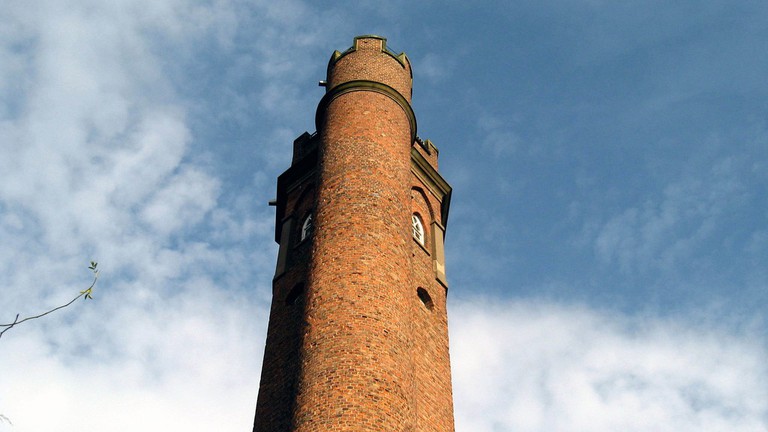 One of the most prominent buildings in Birmingham, the Town Hall has been proudly standing at Victoria Square since 1834. Having undergone a period of restoration between 2002 and 2008, the temple-like Town Hall and its striking beams now regularly host a calendar of live events. 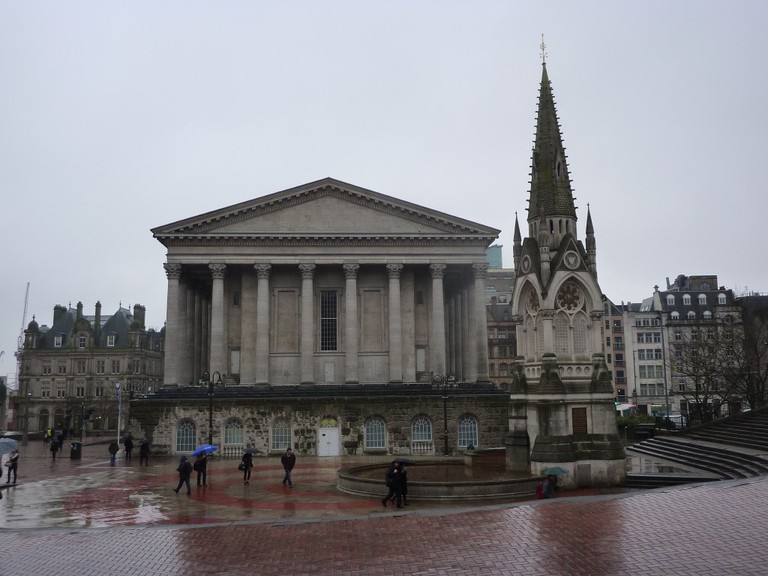 Selly Manor is one of the oldest buildings in Birmingham, dating back to the 14th century. With its demolition prevented by George Cadbury, the famous chocolatier had the house carefully dismantled and rebuilt close to the factory as part of his model village. The Tudor manor still stands in the same place today and serves as a popular visitor attraction. 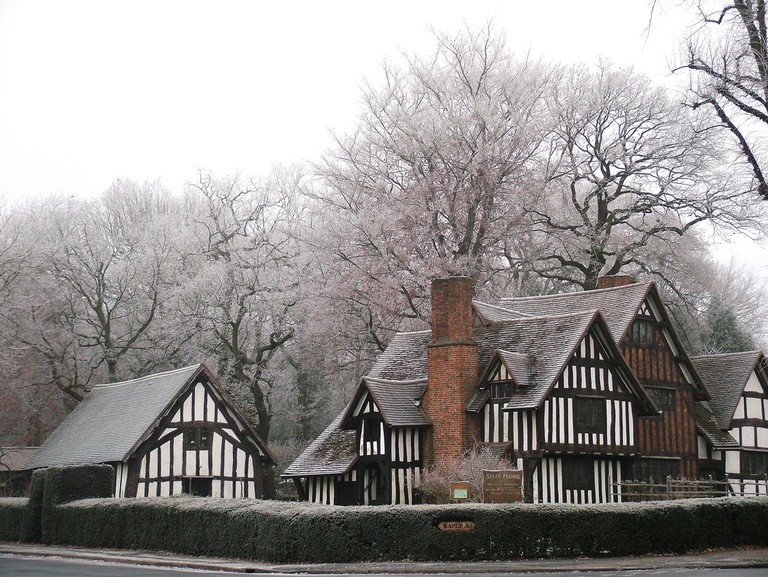 Famously known as the oldest pub in Birmingham, The Old Crown dates as far back as 1368. Though the majority of the current building dates back to the 16th century – with its cottage-like feel, low ceilings and timber frame facade – today The Old Crown is still a popular inn on Digbeth High Street. 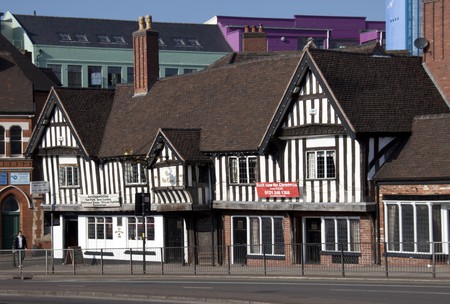 Birmingham Back to Backs

Now operated as a museum by the National Trust, the Birmingham Back to Backs are the last surviving back-to-back court houses in the city. Visitors can book a guided tour, which reveals original staircases, chimneys and courtyards from as far back as the mid-19th century. 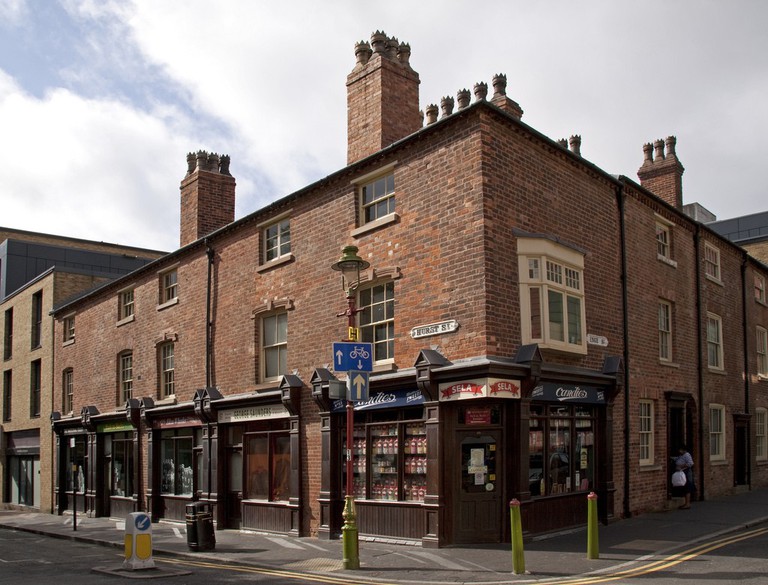