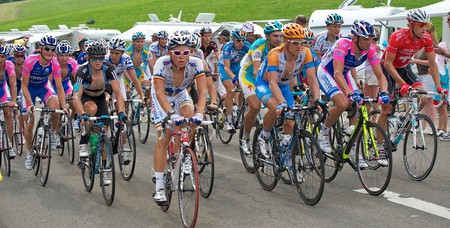 What remained of the peloton grinds its way in towards the finish, mostly having been working for guys further up the ranking for most of the day. | © Mike Knell / Flickr

A professional bike race is a nuanced bundle of tactics, pain and elite performance. Watch any race and you’ll be inundated with specialist terms in a variety of different languages to go along with it. Here’s what you need to know.

When a rider fails mid-race due to utter and total exhaustion. Can also be referred to as blow up, fried, hit the wall, bollito, crisi, and many more.

The largest group of riders on the road, although it’s often talked about as its own separate entity and is still used away from the race. Despite the elbowing and barging that goes on within it, the peloton can also be a sanctuary if riders need a rest from the higher tempo at front of the race.

The person who looks after the team. They hand out food and drink at feed stations, sort clothing and kit, clean up the riders and do all manner of other odd jobs. In the past some have even been asked to help with doping if trusted enough, despite it being very much against the rules.

When one, or a few, riders break away from the peloton. Nine times out of ten they’re allowed to break because they will inevitably be caught by the end. 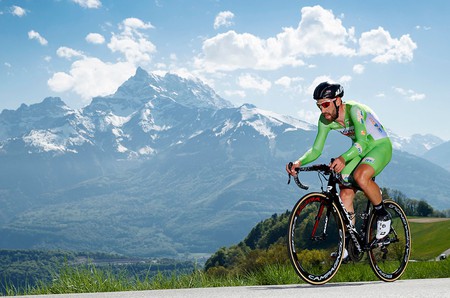 A strong rider who does huge amounts of work throughout the day. Considered the engine room of a cycle team, they have tremendous amounts of sustained power given their big cadence, rather than aggressive sprinting. It’s not uncommon for a team’s rouleur to organise teammates while on the road and make tactical decisions.

A term that translates as ‘servant’. These riders serve the team leader throughout the race, keeping them safe, delivering food and drinks, helping them up climbs, neutralising attacks, even swapping bikes if necessary. If their leader has a mechanical issue it’s their domestique that drops back to bring them back to the peloton.

If a rider accelerates sharply, leaving a rival unable to respond and keep up, then they have “dropped” them. A real power move.

The name given to the hardest stage in a race. Usually one with huge climbs, it is the most demanding, so often the most prestigious to win. This is also where the GC riders often like to make their move for the overall lead in Tours as the time gains over rivals can be crucial.

The right hand man to a team’s leading sprinter. They help bring their teammate to the front of the field just before the final few hundred metres while their lead sprinters use their slipstream behind them, before catapulting themselves forward in a sprint for the finish. (seems to be a tactic rather than an individual?)

A term for riders who endure the hardest and most painful parts of a bike race. Taps in to cycling’s masochistic tendencies and the constant urge to see who is the toughest.

Stands for General Classification, and refers to the lowest cumulative time – how the overall winner of a stage race is measured. A team’s leader will normally be a GC rider aiming to win the race, or a sprinter targeting stage wins.

Literally meaning ‘red lantern’, this is the title given to the person in a race who is in last position. It comes from the red lanterns hung on the back of old passenger trains which signalmen used to check where still connected correctly.