13 Books To Read On A Summer's Day

Lengthy, breezy summer days provide the perfect opportunity to while away time with a wonderful work of fiction. We’ve selected 13 books in which to lose yourself this season – whether you’re planning to soak up sunrays on the beach, take a city break or relax on a rustic retreat. 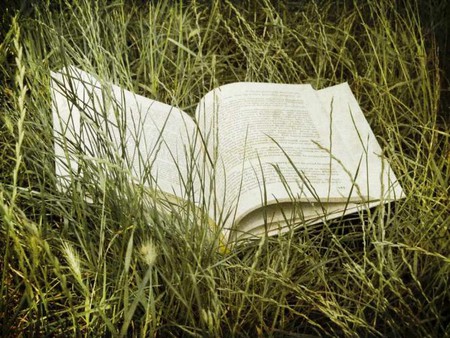 Finnish author Tove Jansson is most fondly remembered as the author and illustrator of The Moomin books – a wonderful children’s story collection with a remarkably enduring legacy – which has since been translated into over 40 languages and adapted into various movies and plays. Her wistful 1972 The Summer Book was written for adults however, and follows an elderly bohemian woman and her young granddaughter Sophia, who spend a long summer together on a remote Scandinavian islet. Beautifully-written and subtly poignant, The Summer Book reads like a penned daydream.

English writer David Nicholl’s 2009 novel One Day is charming, heart-wrenching, humorous and poignant all at once. The story centres around the relationship of two Edinburgh University alumni – Emma and Dexter, chronicling their intertwined lives for 20 years beginning on the evening that they graduate. Their tumultuous relationship from friends to lovers, lovers to friends, by way of several personal tragedies, professional disasters and explosive arguments, makes for a charming modern love story. 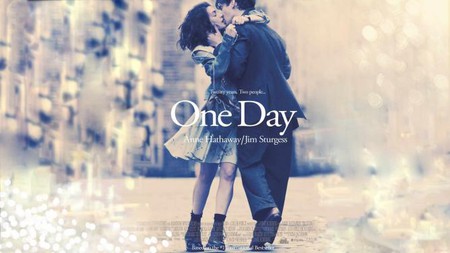 Alex Garland’s 1996 novel The Beach is probably best known as the Danny Boyle-directed adventure film of the same name that stars Leonardo DiCaprio and Tilda Swinton. The book chronicles the adventures of a young British backpacker named Richard, and a French couple he meets along the way, on their quest to find a paradisiacal beach hidden somewhere in the Gulf of Thailand. When they arrive, they find the beach to be occupied by a group of spirited, like-minded travelers who have established a utopic, autonomous and highly secretive community there – that they will go to great lengths to protect.

A critical and commercial success that has since been made into a BAFTA and Academy Award winning film of the same name, Atonement is one of English novelist Ian McEwan’s most famous works. A young girl names Briony witnesses the rape of her cousin and mistakenly accuses Robbie – the son of her family’s housekeeper, of the offence. Robbie’s conviction quite unsurprisingly alters the trajectory of his life – as well as that of Briony’s older sister Cecilia, with whom Robbie was in a secret relationship. 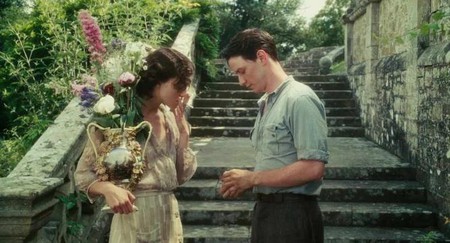 Tess of the D’Urbervilles, Thomas Hardy

A wonderfully-written and incredibly heart-wrenching literary classic, Thomas Hardy’s beautiful protagonist from which the novel takes its name has been capturing the hearts of readers for generations. Kind-hearted, compassionate and utterly selfless, several tragedies befall the young maiden Tess, not through any fault of her own, but merely due to the socio-economic circumstance into which she has been born. A lowly young women in Victorian Britain, Tess is subject to extreme prejudice, scrutiny and injustice. Her tale is indeed a harrowing one, told with great sensitivity. 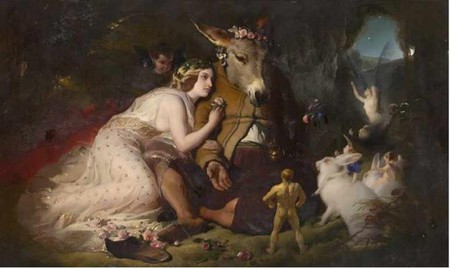 One of Shakespeare’s most popular and frequently re-visited plays, A Midsummer Night’s Dream is a wonderfully imaginative, delightful, simply magical written work. Four plots in fact interconnect – The Duke of Athens is preparing to marry Hippolyta, Queen on the Amazons, whilst an Athenian nobleman is indefatigably pursuing the marriage of his daughter Hermia to Demetrius, although she is in love with another man. Hermia’s friend Helena meanwhile, is hopelessly infatuated with Demetrius. The play also follows a somewhat disorderly group of actors who hope to perform for the betrothed Duke, as well as a community of fairies who reside in a nearby wood. The various characters – both magic and mortal, collide with one another throughout the plot, resulting in some comically disastrous spells being cast and transformative potions being consumed. A Midsummer Night’s Dream is absurd, humorous and enchanting all at once.

The most quoted book in existence – second only to The Bible, The Alchemist is Brazilian author Paulo Coelho’s most celebrated work. An incredibly profound, ultimately didactic tale – which has been translated into 65 different languages and sold more than 65 million copies worldwide, the novel chronicles the journey of a young shepherd-boy named Santiago, from Andalusia to the pyramids of Egypt where he believes he will find treasure. He encounters several characters along the way, all of whom alter his path in one way or another. Santiago’s journey (and thus the whole novel) is allegorical, with the protagonist representing every one of us attempting to follow a dream and thus fulfil a destiny. 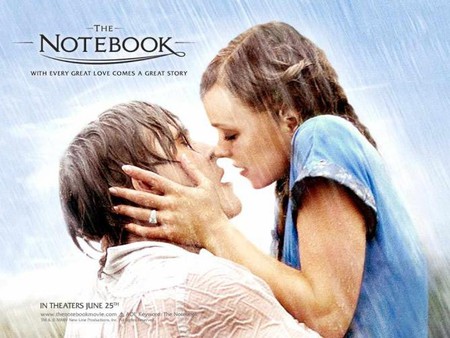 One of the most iconic modern-day romances, Nicholas’s Sparks The Notebook enjoyed phenomenal success first as a novel and later as a film of the same name starring Rachel McAdams and Ryan Gosling. The story is in fact based on the real-life relationship of Sparks’s wife’s grandparents. The two protagonists – Allie and Noah – fall desperately in love one summer but hail from very different social backgrounds. He labours in a lumberyard whilst she is the daughter of a wealthy family who strongly object to the young couple’s relationship and actively seek to prevent its progression. A classic story of forbidden love, The Notebook is almost guaranteed to tear-jerk. 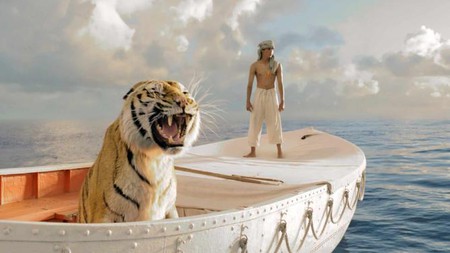 The Life of Pi, Yann Martel

The Life of Pi is a completely original, wonderfully imaginative and utterly compelling novel by Canadian writer Yann Martel. The protagonist Piscine Patel is the son of zookeepers who decide to relocate from Pondicherry to North America. Their ship, aboard which are all the animals within their care, runs into a storm on route and is tragically lost at sea. Young Piscine is the sole survivor of the shipwreck – along with a hyena, orang-utan, zebra and tiger with whom he must share his lifeboat and negotiate his survival.

The Time Traveller’s Wife is a very unique love story, adopting elements of both romance and science fiction. Henry DeTamble suffers from a genetic condition that causes him to time-travel quite unexpectedly and involuntarily. Henry is 28 when he meets Clare – a 20-year-old art student whom he has in fact been visiting (via time-travel) since she was a young girl. The two fall in love, though Clare struggles to maintain a relationship with a man who is liable to simply disappear at any moment and might be gone for several weeks, having been absorbed into some past or future time. 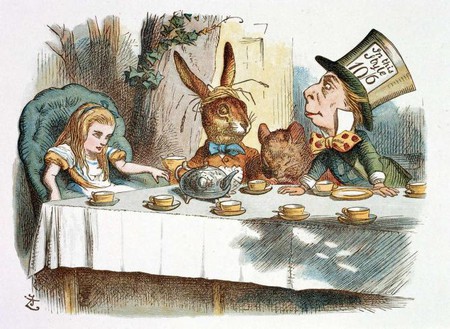 A weird and wonderful children’s story, the colourfulness of which has captivated the imagination of the young and old alike, Alice’s Adventures in Wonderland boasts a remarkably enduring legacy. The spirited and adventurous young protagonist accidentally tumbles down a rabbit-hole into a bizarre fantasy-world where she encounters various anthropomorphised creatures, a mad-hatter hosting a tea-party and an erratic Queen of Hearts who enjoys playing croquet with flamingo mallets. Surreal and completely absurd yet utterly compellingly, Lewis Carroll’s tale teems with vivid descriptions of various characters, places and events that will transport you to another world – to Alice’s Wonderland. 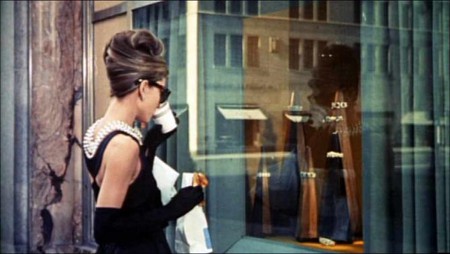 The image of Audrey Hepburn – sophisticated, beautiful, a classic black dress and choker of pearls – is inextricable from the Breakfast at Tiffany’s story. But before the Hollywood starlet made an icon of the novella’s protagonist Holly Golightly, Breakfast at Tiffany’s was already a successful novel by the somewhat infamous American author Truman Capote. Capote himself describes Golightly as an ‘American Geisha’ – indeed, her lavish lifestyle in Manhattan’s Upper East Side is funded by the various societal figures she succeeds in charming.

The Lord of the Rings, J R R Tolkien

The Lord of the Rings trilogy is arguably one of the greatest fantasy-adventure stories ever written – and certainly one of the most imaginative. J R R Tolkien’s books brim with fantastical characters and vividly-depicted places – dwarves, elves, hobbits and wizards, mist-veiled mountains, enchanted forests and majestic walled cities. The various creatures of Middle-Earth unite in an epic pursuit to defeat Lord Sauron who seeks to corrupt their various communities. The enduring legacy of Tolkien’s works continue to permeate popular culture inspiring various films, music, works of art and subsequent books, whilst extensive analysis of the trilogy is ongoing.