12 Wines From Countries You Didn't Even Know Made Wine 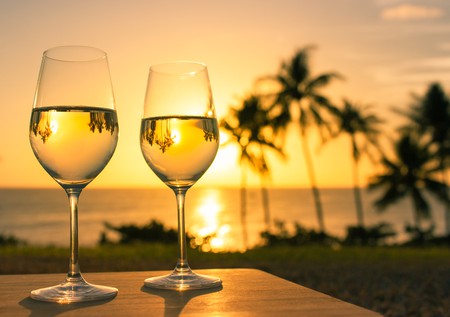 Wine’s enjoyed pretty much the world over, but did you know it’s also made all over too? It’ll perhaps come as no surprise that in 2016, Italy produced the most in the world (48.8 million hectolitres). But smaller, more unusual countries have wine industries as well. They may not be producing the same quantity as the big boys, but some at least, are certainly near to producing quality. Here’s 12 wines from unusual places.

Lebanon is one of the oldest wine producing regions in the world, with the Phoenicians and Romans getting involved over 2,000 years ago. Today nearly all production is centred on the Beqaa Valley, which turns out seven million bottles per year. The region is home to several chateaux, of which Chateau Ksara is perhaps the biggest and has a history going back to 1857, when it was founded by Jesuit priests. Look out for Cuvée du Troisième Millénaire, a big complex red described by Decanter magazine as ‘distinctly Lebanese with a heady nose of spice, incense and blackberries and a palate of sandalwood and liquorice’. Château Musar is another well established and excellent producer, which has been making natural wines since 1977. 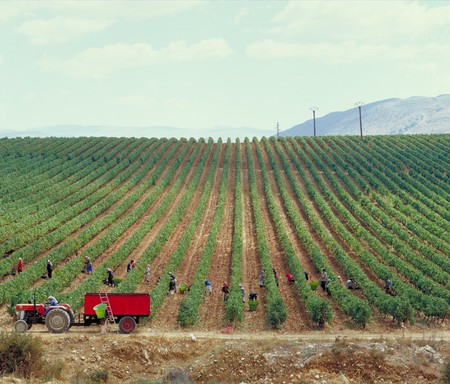 French monks took vines to the African island of Madagascar at the end of the 19th century, more as an experiment than anything else, and more organised production only got going after independence from France in 1960. Due to the tropical conditions, only the southern highland area between Antsirabe and Fianarantsoa is suitable for grapes. Look out for Grand Cru d’Antsirabe NV, produced by Chan Fao Tong Wines using French-American hybrid grapes.

Say US wine and most people think Napa Valley in California, but head out further west to the volcanic Pacific island of Hawaii, and you’ll find not one, but two wineries. The Volcano Winery based on the main island makes a range of fruit wines and infusions, as well as estate wines. They began in 1986, primarily using the symphony grape, but in recent years have expanded to cayuga white and pinot noir grapes, the latter being aged in oak. The second winery on the smaller island of Maui was planted in 1973, and makes a range of wines including syrah, malbec and grenache for the reds, and viognier and blanc de blanc for the whites. 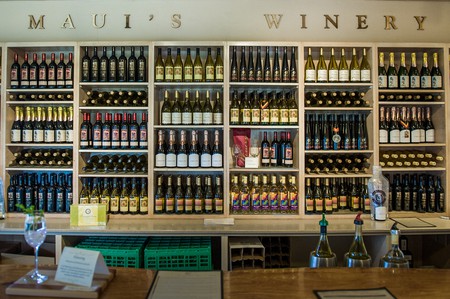 Vines have been grown in this ancient land for centuries. In the modern era, Awash winery – established by Italian and Greek families in the 1940s – is the oldest. 2013 saw a major investment and involvement from the likes of Sir Bob Geldof. Awash and Kemila are their whites, while the red go under the name of Gouder and Axumit. French drinks giant Castel is another producer that has begun making wine in the country, with vines brought from Bordeaux. They’re now producing produce merlot, cabernet sauvignon, syrah, and chardonnay. Interestingly the US is the largest export market for Ethiopian wines, where there is a large diaspora.

There are a handful of dedicated winemakers in India, with Sula vineyards being the biggest. In 2014 the winery began a partnership with UK supermarket Marks & Spencer to launch their ‘Jewel of Nasik’ range of sauvignon blanc, zinfandel rosé and tempranillo-shiraz. The aim was to create wines that would compliment Indian dishes and ingredients. The Indian wine sector has come on a long way since being established in the late 1990s. Fratelli and Grover Zampa Vineyards are other notable producers whose wines are well worth trying. 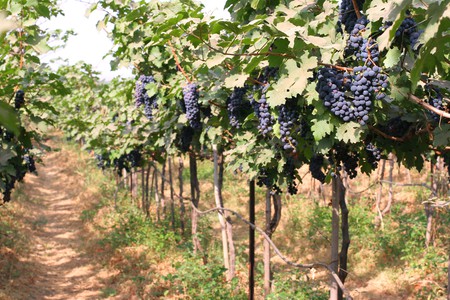 Making wine in Sweden was once thought impossible, but climate change has resulted in warmer temperatures and a hardy group of enthusiasts are now cultivating vines. The Klagshamn vineyard’s first commercial year was 2005, and the Hällåkra winery got its first red out in 2008. Swedish winemakers liken themselves to English producers, who took over 20 years to find their niche in sparkling wine.

With 1.1 milllion hectolitres, China was the sixth biggest producer of wine in the world in 2016. There’s clearly a passion for wine in the China, with many top vintages and bottles being snapped up by its fast growing middle class. In January 2017, UK supermarket Sainsbury’s began stocking Noble Dragon Red, made by the Changyu winery, which has a history going back to 1892. The firm produced 450m bottles in 2015, mainly for the domestic market. Royal vintners Berry Bros. & Rudd also stock Changyu wines.

Perhaps laying claim to being the most remote winery in the world, Vin de Tahiti is the only vineyard in French Polynesia. The nearest large country and potential export market is New Zealand, 2,000 mi. (3,219km) away, and they’re not exactly short of their own wine. Founded by Frenchman Dominique Auroy in 1997 after five years experimenting and finding the right location, the company is now producing over 40,00 bottles, comprising three whites and a rosé. The Blanc de Corail, with tropical fruit notes, is best paired with seafood, such as the local crabs that love eating the grapes themselves!

Despite being best known for sake and beer rather than wine, Japan does have a dedicated group of oenophiles. Not only that, but the country can lay claim to its own grape variety, called Koshu, brought via the Silk Road by buddhist monks over a 1,000 years ago. Being delicate and light is ideal for making wines, and there are now over 80 wineries in Yamanashi Prefecture alone. Grace Winery is perhaps the best known and oldest of these and Grace Koshu is their signature white. 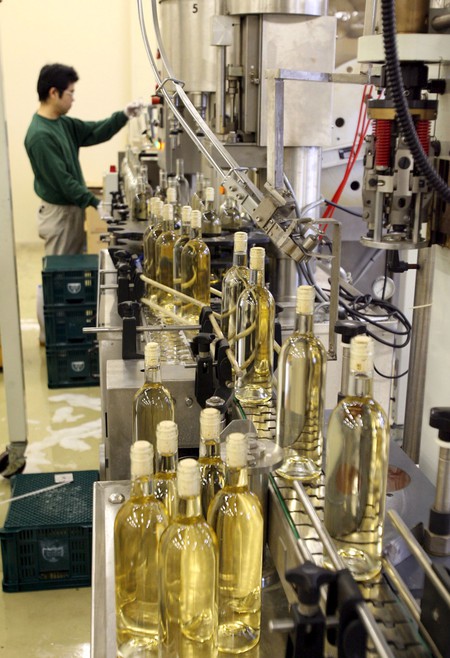 There are six wine producers in Thailand, the largest of which is Siam Winery, which produces more than 300,000 bottles a year under its Monsoon label. The sparkling Brut Blanc de Blanc, Cuvée de Siam (red and white) and Chenin Blanc (white) are particularly of note and regularly win awards. If a trip to Thailand isn’t possible, Monsoon’s wines are readily available in many of London’s Thai restaurants.

Established in the 1990s, Leleshwa wines are grown only a mile from the equator, but at a height of 2,000m (6,560 ft.), in the Rift Valley. The winery got a major upgrade in 2007 with the arrival of South African-trained James Farquharson. Output is now over 150,000 bottles a year. The market is currently domestic hotels and safari lodges, with some international export. As well as a sauvignon blanc, rosé and a merlot-shiraz blend, there’s an unusual sweet red.

Finally, there’s Fife on the east coast of Scotland, which is home to Chateau Largo and its owner Christopher Trotter. The chef and food writer planted 200 vines in 2011, and produced his first 10 bottles in 2014. Sadly due to a fault in the production process the results were pronounced undrinkable, and 2015 the weather hampered efforts further, resulting in zero output. Still, what the country lacks in wine, it more than makes up for in whisky production.