12 Unusual Things to See and Do in England 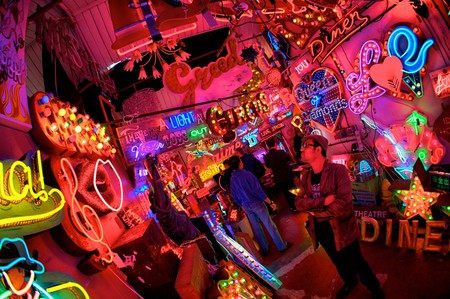 There are thousands of things to do whilst in England but what about the most unusual? From puffin spotting and sleeping over in a zoo to cheese rolling and Manchester’s Vimto statue, here are some of the most unique.

In the summer months, more than 150,000 pairs of breeding Puffins descend on the Farne Islands – just off the coast of Northumberland. England’s largest collection of grey seals can also be found here lazing on the rocks. Boat trips are available should you wish to get up close and personal!

Have a pint at a wonky pub

In Dudley, just outside of Birmingham, is The Crooked House – also known as The Wonky Pub – a public house that looks like it’s sinking on its left-hand side. The leaning walls give optical illusions such as glasses sliding across level tables and a marble seemingly rolling up hill. The pub was rescued from demolition in the 1940s by Wolverhampton & Dudley Breweries.

Go to the Museum of Brands

There are some rather unusual museums in England but this one is right up there. The Museum of Brands in London houses over 12,000 original items of packaging including English cupboard staples like Fairy, Kellogg’s and Oxo.

For stunning views of English countryside and coastline, you can’t get much better than a hot air balloon ride. We’ll let the view do the talking.

The Crypt at St. Leonard’s Church in Hythe, Kent, is home to the largest and best-preserved collections of human bones in the country. Admission is just £1 for adults and 50p for children, which is great value for observing 1,022 actual human skulls…

See the Northern Lights in Northumberland

Did you know that the skies above Northumberland are much clearer and darker than those over in Iceland and Norway in the winter months? Keep an eye out for expected sightings and head for the nearest beach to marvel in the Aurora Borealis above the Northumberland sea. 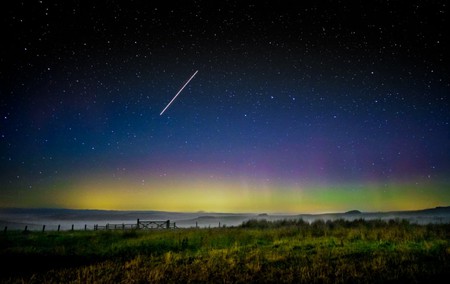 Speaking of unique museums, here’s another. The Mental Health Museum in Wakefield, Yorkshire, houses a collection of mental health objects relating to the West Riding Pauper Lunatic Asylum that date as far back as the 19th century. Along with a padded cell, artefacts also include restraining equipment and surgical equipment.

Check out the Vimto statue in Manchester

Yep, Manchester really does have a statue dedicated to Vimto. The oversized, wooden Vimto bottle celebrates its invention in the city on the very spot it was created, with its oversized ingredients at its base. 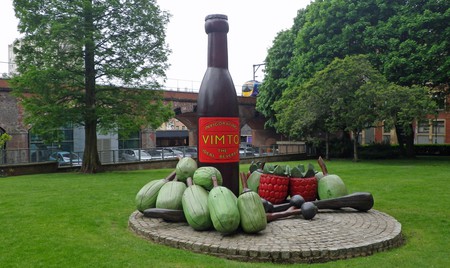 Sleep over at a zoo

How would you like to sleep amongst the lions at London Zoo? In the Gir Lion Lodge, you’re just a roar away from their collection of Asiatic Lions, available for viewing during an after-dark feeding time tour; you’ll even be given breakfast and dinner!

One of the most synonymous events in the English calendar is the Cooper’s Hill Cheese Rolling and Wake. Traditionally held on the spring bank holiday, competitors chase a round of cheese down a hill, and the first to cross the finish line wins the cheese. Yes, really. 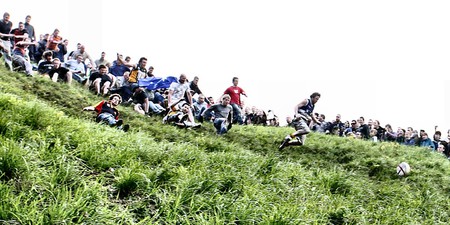 Get lost in the biggest hedge maze in the country

Everyone loves a maze, right? At Longleat Safari Park in Wiltshire you’ll find the country’s largest hedge maze. Once you’re done checking out the wild animals, do you dare to get lost in the midst of this huge maze?

Situated in the East London suburb of Walthamstow is God’s Own Junkyard, a seriously cool art-filled maze of hand-made neon signs and artwork by Chris Bracey, all situated in a salvage yard. If that wasn’t cool enough, be sure to visit the Rolling Scones Café for a hot drink or a beer.

God's Own Junkyard | © Paul Hudson/Flickr
Give us feedback