Ancient Egyptians at a party | Public Domain via WikimediaCommons

Over the centuries, humans have come up with some weird fashion stylings. Whether out of practicality, vanity, or some mixture of the two, historical fashion can look hilariously bizarre to modern eyes. In all likelihood though, some of the things people wear today will end up on a list of ‘bizarre’ things worn for our century! While we’re still in the 21st century, let’s have a look and a laugh at some of the strangest fashion trends from history. 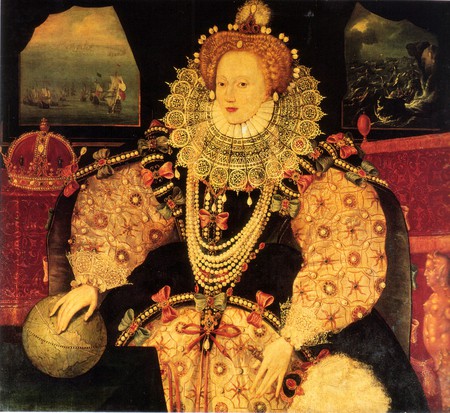 Elizabeth I with bombasted sleeves | Public domain, via WikimediaCommons

Everyone has seen their fair share of badly placed shoulder pads, but the upper classes of the 16th century took it to a whole different level with bombasting. They would use bombast, a mixed form of stuffing that could be made of cotton, wool, sawdust, or horsehair, to make certain parts of their bodies seem larger — like their arms, legs, shoulders, or in the case of some rich men, bellies. In some cases, people would carry around six pounds of the stuff inside their clothes. 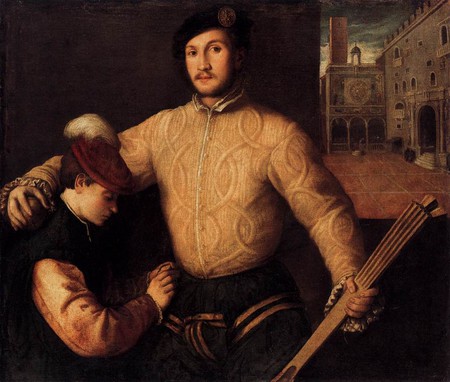 Imagine men today wearing ornamented athletic cups outside the crotch of their pants — a strange idea, right? That, however, is essentially what codpieces are, and they were an integral part of men’s dress in the 14th-16th centuries. While they started out as merely extra fabric to cover up an area that normal pants left relatively bare, they eventually grew (literally) into padded and decorated objects that inevitably drew attention to that region on the body. One theory is that they got bigger because of a raging syphilis epidemic, which resulted in men needing space for bandages and medical dressings. 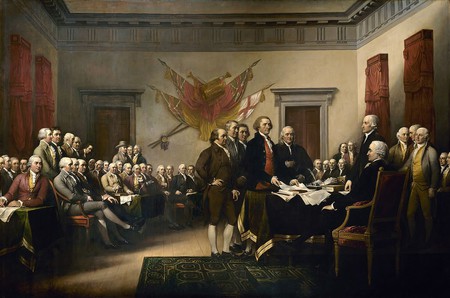 The big white wigs that symbolized high class from the Baroque period and beyond found their start with King Louis XIII of France, who started wearing one to hide his premature baldness. The fashion quickly spread and made its way across Europe by the late 17th century. By the 18th century, men had started powdering them so that they would stay bright white. The British government, however, started taxing hair powder in 1795, a decision that eventually led to the end of that particular fashion. 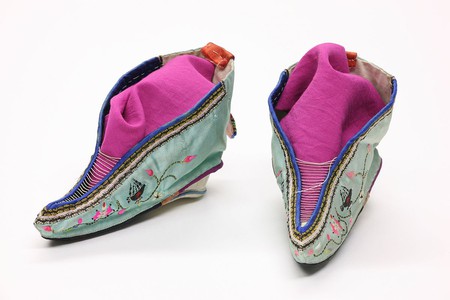 Footbinding is a case where fashion caused not only certain days of discomfort or pain but also whole lifetimes. Beginning around the 10th century in China, upper-class women who did not need to work would bind their feet as young girls so that they would not grow more than about four inches long. This involved forcibly breaking the arches and then constantly binding and re-binding them so that they would not heal properly. This fashion, unfortunately, lasted until the early 20th century before the campaign speaking out against it finally succeeded. 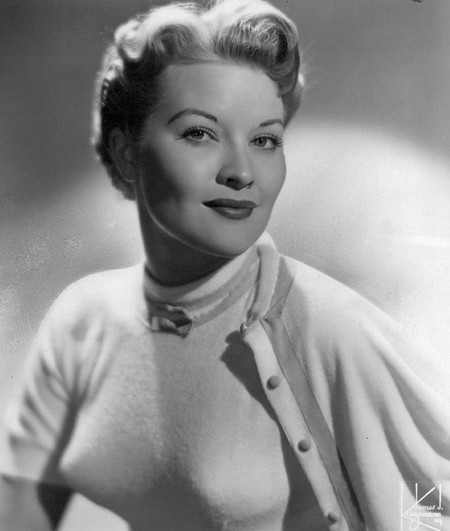 For some reason in the 1940s, someone decided that it would be nice looking if women had cone-shaped breasts, so they created the bullet bra. By the 1950s, it was quite a popular fashion, which surely gave rise to dozens of movies featuring fem-bots whose bullet bras owned that name in a much more literal sense. They had mostly gone out of fashion until 1990, when Madonna famously wore them on tour; they are now produced by several lingerie manufacturers. Thankfully, they haven’t quite made it back to the mainstream.

Also in the category of strange things women have done for fashion is the hobble skirt, a fashion from around the turn of the 19th century that kept its wearers from being able to walk properly. Hobble skirts or dresses would have very narrow hems situated below the knee so that the women would only be able to take very small steps; they sometimes also did this using knee-long corsets. This fashion luckily fell out of style in the 1910s and has not experienced much of a resurgence, unless you count mermaid dresses. 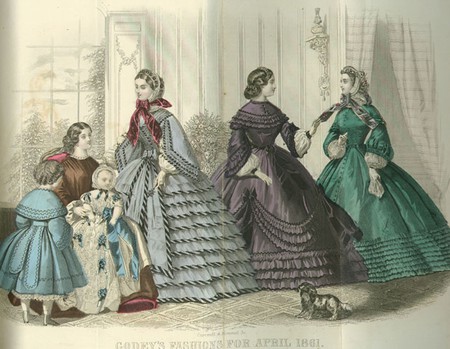 On the other end of the leg-space spectrum when it comes to skirts, there is the hoop skirt or crinoline. The hoops under the skirt started out as a practical way to keep the legs free, be it for cooling purposes or to save women from tripping, and then caught on as haute couture. They’ve taken various forms throughout the years, including the pannier or ‘side hoop’ in the 18th century, which made the skirt into a sort of horizontal oval shape. Those and other grand circular ones are often so wide that it’s difficult to walk through doors wearing them. 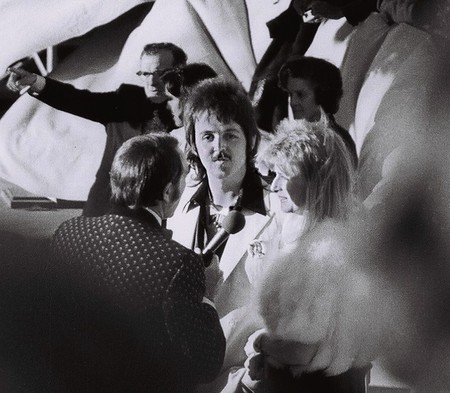 Even Paul McCartney had a mullet in 1974 | © Corwin/WikimediaCommons

The mullet isn’t exactly a historical fashion trend, as it’s still eminently possible to run into one on the street today. However, it had its biggest moment in the 1970s and 1980s when many famous musicians like David Bowie and Paul McCartney started wearing them. The term ‘mullet’ apparently has existed for a much shorter time than the haircut itself, as the Beastie Boys apparently came up with it in 1995. The Culture Trip prefers to refer to it with its famous description of ‘business in the front, party in the back.’ 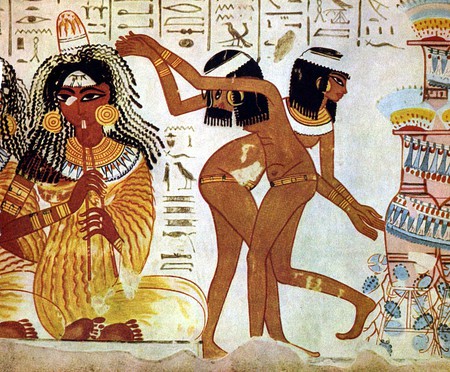 Ancient Egyptians at a party | Public Domain via WikimediaCommons

When you look at Ancient Egyptian paintings, you may never have noticed the white and brown cone perched atop the head of many of the people portrayed there. These cones, though, are thought to be made of perfumed animal fat, and they would gradually melt, releasing their pleasant scents as they went. If you imagine a warm roomful of people having come in from the desert sun with no deodorant, then you can probably imagine why these cones would have been so necessary. 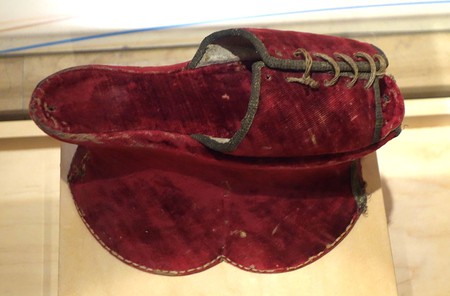 You mights think of platform shoes as one of the ultimate trends of the 1990s and early 2000s, but with their chopines, the people of Venice were, as early as the 15th century, rocking platform shoes on steroids. Chopines were originally used as a way to protect shoes from the mud and dirt of the street, but they gradually grew into a fashion item, also growing in height. The higher the chopine, the higher class the wearer; some chopines, therefore, were up to 20 inches tall. While walking in them would have been quite treacherous for the novices, experienced chopine-wearers could even learn to dance in them. 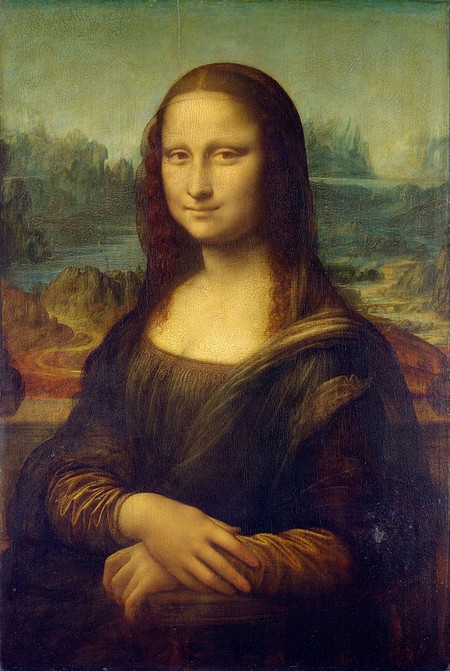 Nowadays, women still put a lot of effort into shaping their eyebrows, but, for the most part, they try to keep them around (although some fashion trends lately might dictate otherwise). Back around the 15th century, however, women considered an eyebrow-less face to be more beautiful. Ever thought that the Mona Lisa looked a little different, but couldn’t quite put your finger on how? Well, now that you’ve read this, look again. 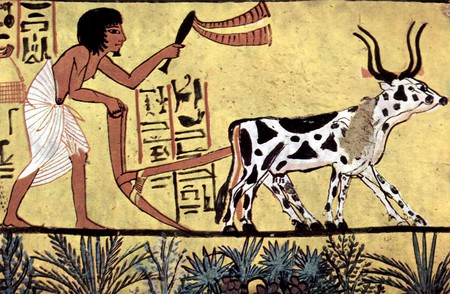 Even the laborers had eyeliner in Ancient Egypt | Public Domain/WikimediaCommons

Also part of the theme of ‘ancient fashion trends you might still find today’ is the typical Egyptian eye makeup, which is heavy black eyeliner encircling the eyes of pretty much everyone in the paintings. More than just looking fly, however, this makeup, usually made of kohl, had a set purpose. You know how athletes will sometimes put black strips below their eyes? This is for the same purpose as the Egyptian eye makeup — to cut down on the glare from the sun. Considering the climate down in Egypt, that kohl must have been really important.
By Lani Seelinger