12 Stunning Places in Japan From Films You Probably Know 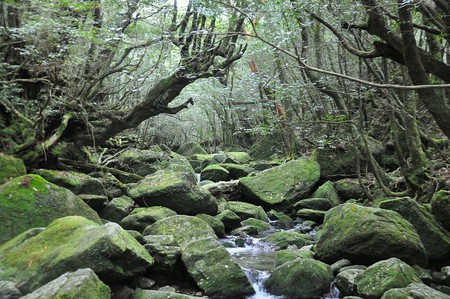 Japan is prime real estate for movie geeks, regardless of whether you know your Takeshi Miike from your Takashi Kaneshiro. Here’s a list of the most well-known spots from some iconic films, old and new, set in Japan.

A breathtaking area of barely-touched beauty, the island’s otherwordly atmosphere and dense forests were a huge inspiration for director Hayao Miyazaki when he made the 1998 classic. Characters from the film can be spotted at the island’s tourist office on arrival.

Ridley Scott’s gritty crime noir made good use of the grimy locales of Osaka, with many key scenes filmed in its shopping and entertainment district. The iconic Glico sign, popular with tourists and also a handy meeting spot for locals, features prominently in the movie. 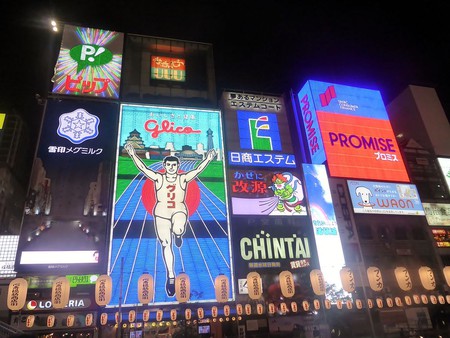 Dotonbori in Namba, Osaka/courtesy of AudaCity3371 via Wiki Commons

It isn’t the easiest spot to get to, with an 11-hour boat trip from Tokyo being the main means of access to the spot. However, if you make it you can forego recreating the violent action-thriller’s more notorious moments in favour of taking advantage of the island’s diving and fishing spots. 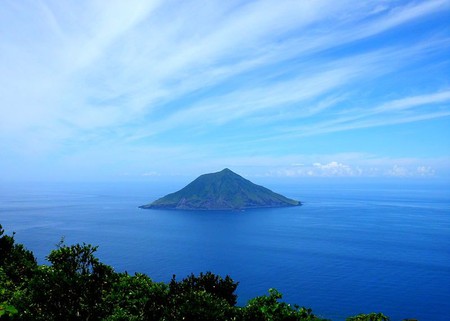 Many of the indoor scenes for Sophia Coppola’s Oscar-winning movie were filmed at the popular hotel, found in Shinjuku, Tokyo’s business hub and red-light district. The venue’s bar was the setting for the scene in which Scarlett Johansson and Bill Murray share a drink together, while one its hotel rooms was used for the film’s opening, in which Scarlett gazes out at a stunning view of the metropolis. 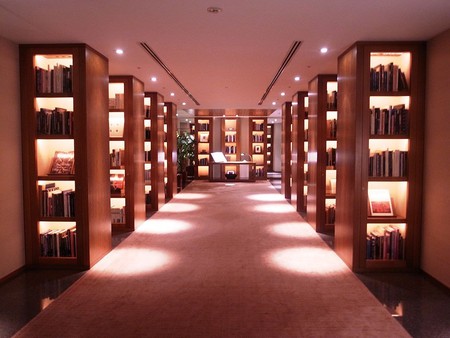 The library at the Park Hyatt, Tokyo/courtesy of Moore via Wiki Commons

Initial D is a manga which is hugely popular in its home country and a breakout hit abroad. The franchise, centered around young street racers, has made its way to anime, video games and a live action movie produced in Hong Kong but filmed in Japan. The mountainous roads in Gunma, a landlocked prefecture on Honshu Island, were the location for many of the film’s tense racing scenes. 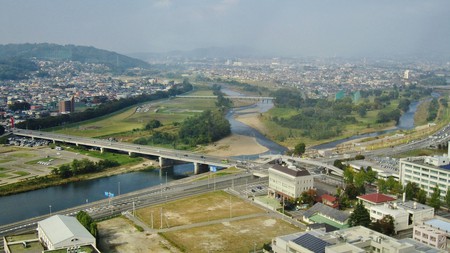 The venue was the setting for the museum scenes in the 2006 live action version of the horror manga. The museum itself boasts fascinating architecture but is currently closed for renovation and won’t be open again until next month. 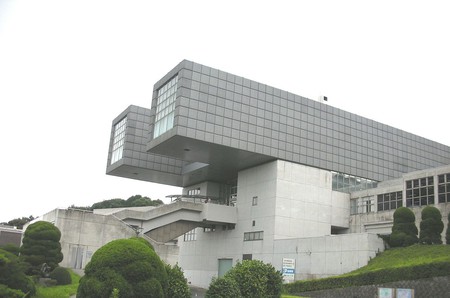 Kitakyushu Museum of Art, Fukuoka/courtesy of STA3186 via Wiki Commons

Yamagata, at the northern end of Japan’s mainland, boasts breathtaking scenery which makes it an ideal location for filming. The 2008 film Departures – so far the only Japanese film to win an award for best foreign film – makes great use of the region and most of the acclaimed movie was shot on location across the prefecture. 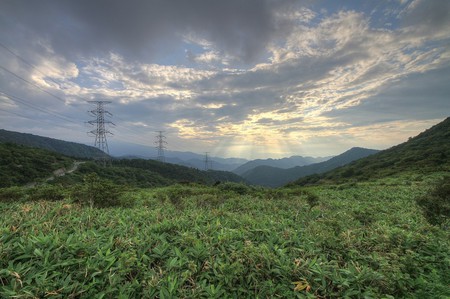 Daniel Craig’s first confrontation with Javier Bardem was shot amongst ruins of a long-abandoned structure on Hashima Island. The location is a heritage site which you can visit thanks to tours leaving from Nagasaki Harbour, though the perils of filming meant that scenes in the movie had to be shot on a set due to safety concerns. 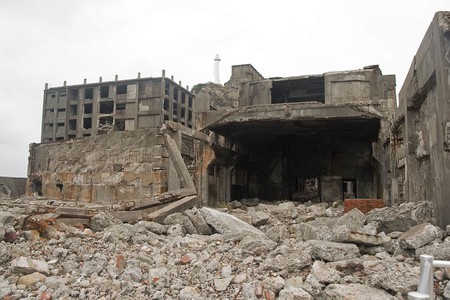 The iconic orange gates of Fushimi Inari Shrine, just outside Kyoto City Centre, were used to mesmeric effect in the Oscar-winning film. The site, hugely popular with locals and tourists, is one of the most stunning locations of its kind in Japan. 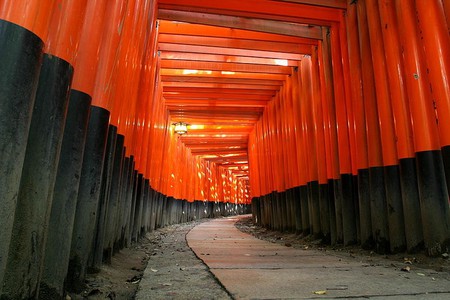 Haruki Murakami’s 1987 novel made him so famous in his home country that he fled to Australia – where he would live for several years – for the sake of his privacy. A film adaptation didn’t materialize until 2010, and the lush green expanse that appears at the start of the film was filmed at the Mineyama Highlands in Hyogo Precture, with the snow-covered fields of Tonomine appearing near the end. 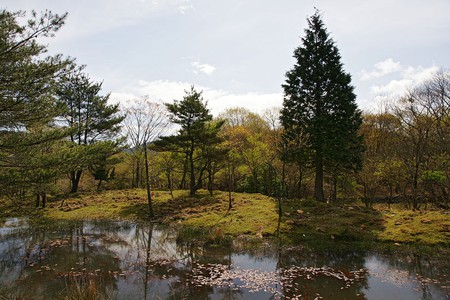 The Tom Cruise blockbuster was the film that introduced iconic Japanese actor Ken Watanabe to Western audiences (as well as reviving his career in his homeland). His character, Lord Matsumoto, has his home in the beautiful grounds of Engyoji Temple in Himeji. 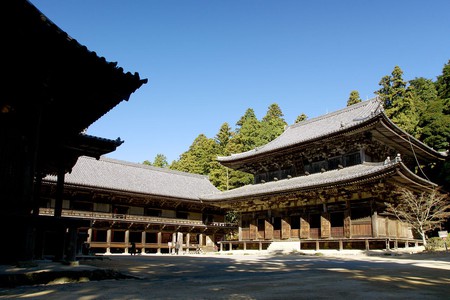 Akira Kurosawa’s hugely influential film has already been covered by us, and if your curiosity is sufficiently piqued then you can always pay a visit to the majestic valley which was used extensively throughout the movie. A popular spot with hikers and rock climbers, it’s a short bus ride from Takarazuka station. 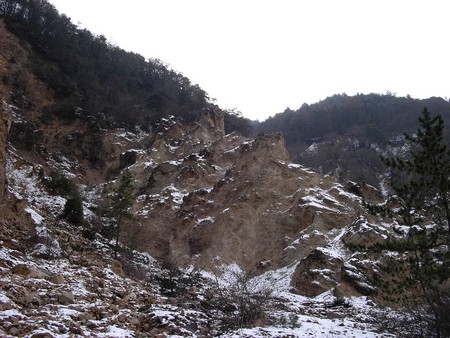