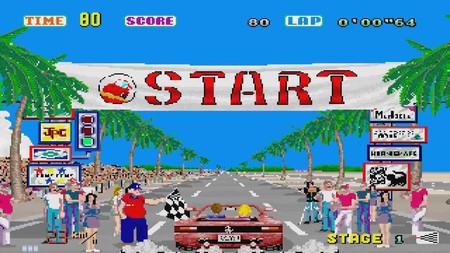 Video game soundtracks have become big business in recent years, with concerts touring the world and classic tracks from yesteryear getting deluxe reissues on vinyl. Some of the very best titles have come from Japan, so here’s our guide to the 12 best selections from Japan’s glorious gaming history.

From the John Williams of game soundtracks comes the unmistakeable score to Mario’s best 2D adventure. The-then revolutionary SNES sound chip technology ensured that Kondo had free reign to replicate all manner of instruments, from ukeleles to steel drums, matching the game’s breathless sense of invention and creativity. It still sounds fresh and inspiring to this very day.

The Legend of Zelda: Ocarina Of Time (Nintendo 64)

Arguably Kondo’s masterpiece, with all the widescreen emotional heft of any Hollywood film, it doesn’t get any more epic than this. The game’s rendition of Zelda’s Theme still has the power to make grown nerds weep.

Goosebumps ran up the arm of many a gamer the first time they witnessed the stunning opening titles to the PS2 classic, aided massively by Harry Gregson-Williams’ bombastic score. MGS2 was a Japanese game but cinephile director Hideo Kojima made the inspired move of bringing in a Western composer (whose previous work included The Rock and Enemy Of The State) to give the title the cinematic flair it needed.

In 1986, arcade visitor’s minds were blown when they beheld a gorgeous sit-down cabinet styled after a Ferrari Testarossa Spider. In that cabinet was a game that let you choose one of four individual themes (unprecedented at the time) as you drove across Europe. The soundtrack’s mix of jazz, rock, and tropical motifs made for a sublime experience. Special mention goes to the legendary Sega Sound Team, responsible for the music across many classic Sega titles. Here they are shredding their way straight into hard rock Valhalla with the insanely awesome theme from another arcade gem, After Burner.

The term “legend” gets tossed around an awful lot these days, but for Yuzo Koshiro, the word sells him short. Composer, programmer, influencer, and innovator, he is the Giorgio Moroder of game music. His score for The Revenge of Shinobi showcases his ability to work within a myriad of styles, planting plenty of earworms along the way. It’s up there with The Legend Of Zelda as one of the all-time greatest soundtracks.

Years before Guitar Hero and Rock Band popularised the rhythm action genre, developer Tetsuya Mizuguchi beat them to it with his charming, kitschy take on American sci-fi of the 50s and 60s. Its attendant music mix of spy themes, latin music, and upbeat jazz only adds to the fun.

Killer7’s praises have already been sung on Culture Trip. As with all the best titles, the key to the experience is the game’s mesmeric score, which is every bit as idiosyncratic as the visuals and story. From Japanese flute music to trance, jazz, and industrial, every genre and sub-genre under the sun seems to be here.

If Yuzo Koshiro is videgaming’s Giorgio Moroder, then Akira Yamaoka is its Trent Reznor. Currently the musical director at “video game band” Grasshopper Manufacture, his work blends industrial, alternative rock, and ambient music to incredible effect, and nowhere is this more evident than in the third instalment of the landmark survival horror series.

Uematsu is best-known for his unforgettable work on the Final Fantasy saga, but his crowning glory is in fact a collaboration with Yasunori Matsuda (who has worked everything from Mario Party to Inazuma Eleven), creating an unforgettable, heartfelt collection of melodies for the much-loved 16-bit RPG.

Another slice of aural perfection from Yuzo Koshiro, whose love of EDM (particularly house music) is indulged to rapturous effect. Koshiro’s work would go on to influence techno artists like BT and Danger. And you can see why from this effort, with thumping tracks that would sound perfectly at home at any not-so-average warehouse rave.

From the famous opening crawl to the nail-biting final showdown with Dr.Wily, Mega Man 2‘s soundtrack isn’t so much a collection of tracks as it is a series of iconic moments in video gaming slung together. Even the theme to the game’s password screen is instantly memorable.

A lovingly-curated mixtape of the best in Japanese pop, rock, techno, folk, rap, bossanova, and lush orchestral soundtracks, which is as joyful and giddy as the game it accompanies. Harking back to the work of seminal Japanese artists like Pizzicato Five and Cibo Matto, it is precision built to create smiles.