12 Incredible Japanese Movies Which Were Snubbed For an Oscar 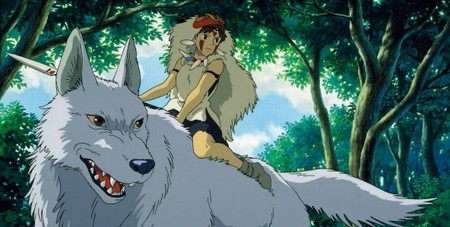 With one of the richest cinematic cultures in the world, Japan in theory, should have so many Oscars on its collective shelf that it has to make repeat visits to Ikea. But incredibly, only one movie submitted by Japan for best Foreign Language Film has ever won the award: 2008’s Departures.

There is no easy answer as to why this is the case. Domestic Japanese film-making is still a relatively unknown quantity as far as the Academy of Motion Picture Arts & Sciences is concerned, and it wasn’t really until Departures came along that they started taking it more seriously. Up until that point, Japanese film was mainly known for the work of auteurs like ‘Beat’ Takeshi and Akira Kurosawa (who himself won a few honorary Oscars) as well as name-brand anime epics like Akira and the work of Studio Ghibli.

Here is a selection of titles which were submitted, and in some cases not even nominated, for the coveted prize. Some of the omissions may surprise you.

Adapted from the novel by Kobo Abe, this film flew the flag for a bold new wave of Japanese cinema in the 60s. Best described as a psycho-sexual drama, it tells the story of a teacher who visits an isolated island and becomes involved in an obsessive relationship with a woman living in a house made of sand. Highly avant-garde, the film is a lengthy but mesmeric meditation on the meaning of freedom and the forces of nature that bring people into our lives. The film picked up the Special Jury Prize at the Cannes Film Festival in 1964.

The great Akira Kurosawa received an honorary award in 1952 for his masterpiece Rashomon but had less success with this, an intense drama set during the Sengoku period of feudal Japan. The film had a major push from Kurosawa’s American devotees (George Lucas and Francis Ford Coppola are both listed as executive producers for the film’s overseas release) and while the movie was nominated for best foreign picture, it wasn’t enough to sway the Academy into giving it the coveted title.

A sombre tale of childhood, friendship and the loss of innocence in Post-War Japan, Muddy River was well-received by critics (it won the Silver Prize at the Moscow Film Festival) but that wasn’t enough to help it get any further than a nomination. Director Kohei Ogura’s film recalls the French New Wave of the 60s, with a story that examines how people cope with poverty and the ways in which it impacts families.

Unthinkable as it may seem, Princess Mononoke wasn’t even able to get nominated at the 70th Academy Awards. Director Hayao Miyazaki would later go to win the Oscar for Best Animated Film in 2003 with his crowning achievement Spirited Away but judges at this Academy had no time for this title (considered by some to actually be Miyazaki’s best film), a seething indictment of humanity’s compulsion to destroy the natural world in the name of industry and greed.

By rights, masterful Japanese actor Hiroyuki Sanada should, at very least, have been nominated for an Oscar for his incredible portrayal of a poverty-stricken samurai. As it is, the film which he carries was nominated for Best Foreign Film but that was as far as it got. A shame, as its gentle-but-affecting story and a fantastic supporting turn from actress Rie Miyazawa linger in the memory long after the end credits have rolled.

Tetsuya Nakashima’s riveting suspense drama made the Academy’s shortlist but didn’t graduate to the list of nominees. The film’s subject matter, based loosely on the real-life killing of a 12 year-old by another child, makes for strong stuff but the experience is well worth it.

You’d have to try pretty hard to find a more feel-good movie than Hula Girls. In a bitterly cold mining town in 60s Japan, a group of local young women join forces with a down-on-her-luck dance instructor from Tokyo to dance the hula and save their community. What’s not to love? Well, the Academy didn’t think much of it, as it didn’t even get nominated. Thankfully, the movie was still a resounding critical and commercial success.

Notable among other things for being the swan song of legendary actor Toshiro Mifune, Deep River is a filmic treatise on faith and how we see the world through ourselves. Three Japanese pilgrims arrive in India, each on a personal journey and hoping to find some sort of peace or spiritual meaning in their lives. Kei Kumai’s movie examines the ways in which different faiths, journeys and individuals can all intersect. It also works as a beautiful final bow for Mifune, who died two years later. That didn’t sway the Academy and the film failed to receive a nomination.

From In The Realm Of The Senses director Nagashi Oshima comes a sexually-charged drama about love, lies and the past’s refusal to stay buried. A young man falls for an older woman and the two conspire to kill her husband. If only it were that simple. Elements of the supernatural permeate an enthralling story about passions which go too far. The Academy’s passions didn’t go far enough, and the movie was not put forward following its submission.

Hideo Gosha is behind the camera for this sturdy yakuza epic, a sort of Japanese answer to The Godfather in that it follows four decades in the life of an underworld boss and his family. Japan’s prestigious Blue Ribbon Awards bestowed a best actress gong on female lead Masako Natsume but the movie didn’t get picked up as a nominee at that year’s Oscars.

Based on the final screenplay by Akira Kurosawa, After The Rain clocks in, somewhat appropriately, at nearly three hours. The audience witnesses the trials and tribulations of a wandering ronin as he attempts to provide for himself and his wife (played brilliantly by Yoshiko Miyazaki) amid bickering peasants and vindictive warlords. It may not have been nominated by the Academy but it cleaned up elsewhere, winning awards at film festivals in Brazil, Italy and America.

Imagine what would happen if Mike Leigh moved to Japan and made a boxing film and you’re somewhere close to the superb 100 Yen Love. Sakura Ando gives the performance of a lifetime as a down-and-out 32-year-old whose fling with an older man leads her to a boxing gym and a shot at personal redemption. Gritty, powerful but ultimately uplifting, you’ll be shadow boxing in tandem with the heroine by the movie’s end. It didn’t hit hard enough with the Academy, but gratifyingly enjoyed critical success in its homeland and a best actress award for Ando.