12 Essential Sci-Fi and Horror Films from the VHS Era 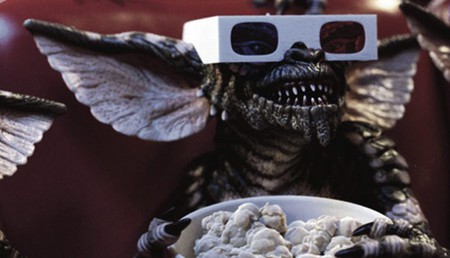 The recent success of Stranger Things and IT means that the 1980s is suddenly in the limelight again. One institution of this period was the local video library, teeming with clunky plastic boxes (not to mention the unmistakeable smell of video tapes) that housed the finest entertainment of the era. Here’s our curated list of a dozen science-fiction and horror classics from that era, some of which are household names, others less so.

The Stuff is 80s B-movie heaven, a satirical horror sci-fi which takes swipes at everything from consumerist capitalism to fad diets. A miracle superfood is discovered which tastes delicious and has absolutely zero calories. Little do the people gobbling it up realise that it is actually a sentient alien organism which devours people from the inside. Enjoy the gooey special effects, hammy acting and keep an eye out for Goodfellas actor Paul Sorvino (aka Paulie) in a small role.

With a slew of adaptations currently on big and small screens, Stephen King’s stock is currently at an all-time high. The best-selling author‘s first foray into film came with his screenplay for this horror anthology, with two of it’s three tales adapted from his short stories and a third being unique to the movie. Of the three, the best is Quitters Inc. – a cautionary tale about the perils of smoking and what happens when your need to quit is taken a step too far. Drew Barrymore, still fresh from winning hearts in E.T., pops up in the film’s final feature.

From the mind of Shane Black, the genius who gave us Lethal Weapon, Kiss Kiss Bang Bang and last year’s underrated The Nice Guys, comes the ultimate monster mash. A who’s who of iconic horror baddies do battle with plucky youngsters in this deliriously fun romp. Directed by the great Fred Dekker (responsible for Night Of The Creeps, another 80s classic) and with awesome special effects courtesy of the godlike Stan Winston, this film is an absolute blast from start to finish. Miss it and you’re missing out.

Cashing in on the 80s arcade explosion, The Last Starfighter was a novel twist on space opera, as a video game whizz is recruited by aliens to help turn the tide in an intergalactic war. What the film lacks in polish, it makes up for in heart and gusto, and was actually one of the very first movies to make extensive use of computer effects.

The abduction of a 12-year-old boy by an alien spacecraft may seem like nightmare fuel, but this bubblegum adventure from Walt Disney Pictures is actually awash with buckets of gee-whizz joy, as our hero David Freeman embarks on an epic adventure across the cosmos. A remake is currently in the works as we speak.

A young Stephen Dorff leads this massively underrated horror gem, a sort of hardcore Gremlins with cute kids unwittingly bringing to life a horde of malevolent mini-beasts. The Gate may take obvious inspiration from other films of the time (almost to the point of plagiarism) but it’s actually a thrilling little movie that stays on point with some ingenious effects and truly creepy scenes. Ignore the misleading score on Rotten Tomatoes and enjoy a short, sharp classic.

Speaking of Gremlins, who on earth can possibly resist the charms of Joe Dante’s monster movie masterpiece? An all-time classic and a triumph of practical effects, it achieves a faultless balance between comedy, horror and absolute absurdity. Rumours persist of a new movie in the franchise, but barring any religious miracle, the original will always remain irreplaceable.

John Carpenter, the majestic overlord of 80s horror and sci-fi, had already traumatised audiences with his seminal features Halloween and The Thing by the time he made this, a charming love story. What starts out as science fiction eventually gives way to a touching, quirky drama about love and the power of human connection. The Dude himself, Jeff Bridges, does a great job in the title role.

Enemy Mine has the kind of high-concept pitch that would be at home in an episode of The Twilight Zone – in the distant future, amid the backdrop of war, a human pilot is marooned on a distant planet with only his sworn enemy for company. Thoughtful, allegorical and with plenty of heart (plus an unrecognisable Louis Gossett Jr.), the explosions take second place to a story that emphasises humanity and the need for tolerance.

Tobe Hooper is credited as the director, but it’s co-writer/producer Stephen Spielberg whose influence dominates this supernatural tale. The collaboration between the two means that we get the best of both worlds: family-centric, love-will-save-the-day Spielbergian spectacle combined with Hooper’s flair for the visceral and disturbing (witness the scene in which a researcher tears his own face apart while staring in the mirror), with a hysterical finale that will have you on the edge of your seat.

When it comes to Schwarznegger vehicles in the 80s, it’s Predator and the first Terminator movie which get the most love. However, this adaptation of a novel by Richard Bachman (the pseudonym under which Stephen King wrote a number of books) is equally as worthy of praise, and upon closer inspection is a social satire which was decades ahead of its time. The movie is set in 2017, a time in which America has become a totalitarian police state, social inequality is rife and the public are both distracted by and obsessed with reality tv shows. The parallels with our modern era speak for themselves. Running throughout the film is a razor-sharp, jet-black sense of humour; it’s only a matter of time before someone makes Climbing For Dollars in real life.