12 Epic Places in England Even Brits Don't Know About

Cromwell's Fort, Tresco | © Nathan Siemers/Flickr
England is full of hidden caves, walkways and beaches but what about those places that even the Brits don’t know about? We’ve rounded up 12 epic places that most Brits will never have heard of, so you can get planning for your next off-the-beaten-track trip.

Situated in the Wye Valley, Symonds Yat is a picturesque village which runs alongside the River Wye. While the area of Wye Valley may be popular with tourists and families alike, Symonds Yat is often surprisingly quiet and is perfect for a spot of lunch and a summer drink next to the water. 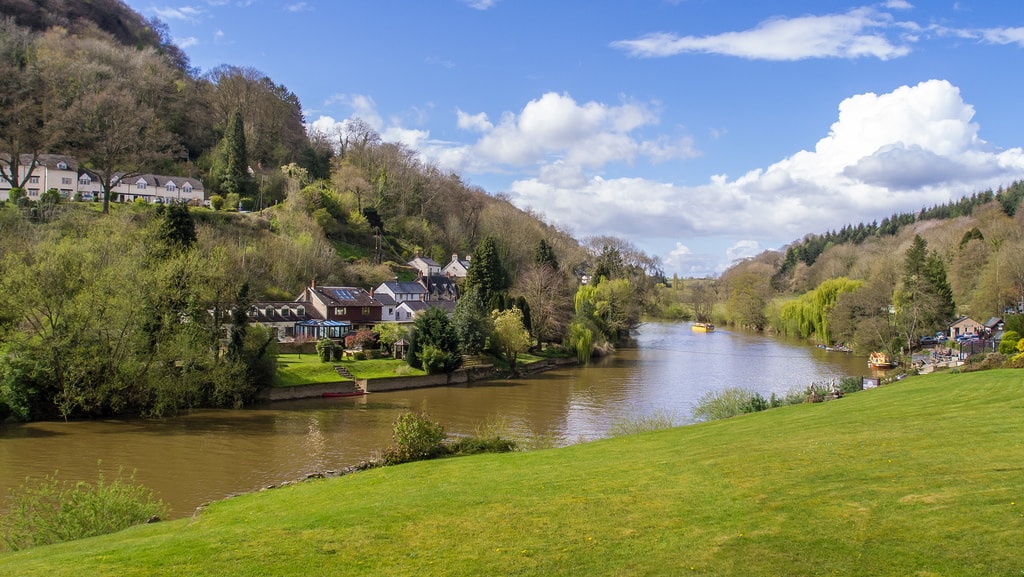 It’s true – there really is a blue lagoon in England! Though not exactly on a par with Iceland, this disused quarry on Harpur Hill became flooded and gained its blue colour from caustic chemicals in the rock. The water may be enticing but it can be toxic should it get in your eyes or mouth – the local council has even been known to pour black dye in to the water to lessen its appeal. It’s still a marvel though, and a worthy pit stop on any Derbyshire walk.

Lansallos Village is home to one of the most secluded beaches in the entire country, with miles of unspoiled coastal walks surrounding it too. Set among plentiful rolling hills, this Cornwall walking route takes in a stunning sea view walk over a 6km length, with plenty of secret coves and hidden beaches to discover en route. 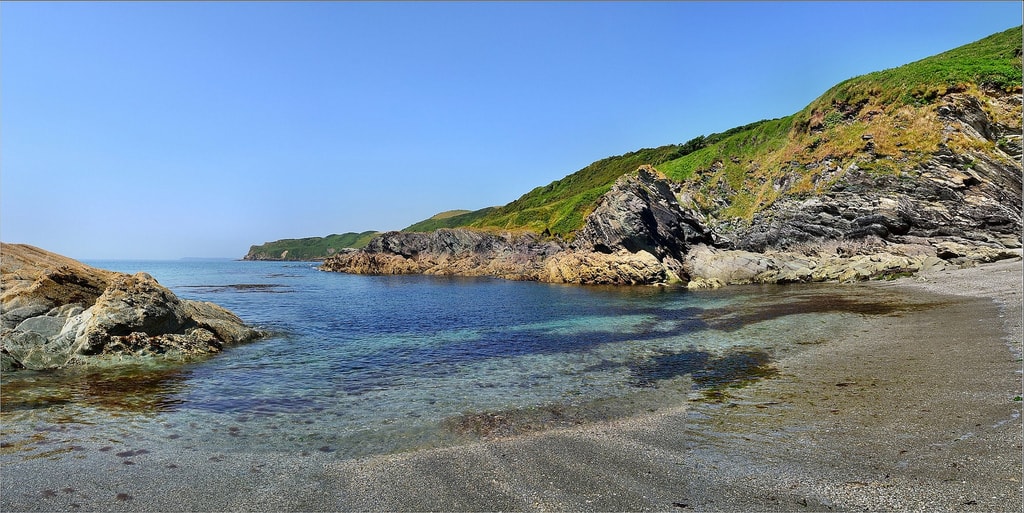 Lud’s Church – or Ludchurch – is a secret chasm that is said to have been visited by Robin Hood and his merry men when hiding from the authorities. This picture-perfect Peak District passageway was caused by a huge landslip, is just under 60ft deep and is overlooked by weeping trees and hanging vines which seep into its crevices.

Tyneham is one of the rarest villages in the country – as believe it not, this civil parish has a population of zero. Yep. This South Dorset village was once populated, though World War II saw an end to people living there, with the War Office taking it over as a military base. It’s thought that people were supposed to return to their homes until the army placed a purchase order on the village. This deserted Jurassic Coast village is still a ghost town to this day, with access only available when the Lulworth Military Firing Ranges are open to the public. It’s also advised that visitors stick to footpaths as tanks and armoured vehicles patrol regularly. Pretty epic, huh? 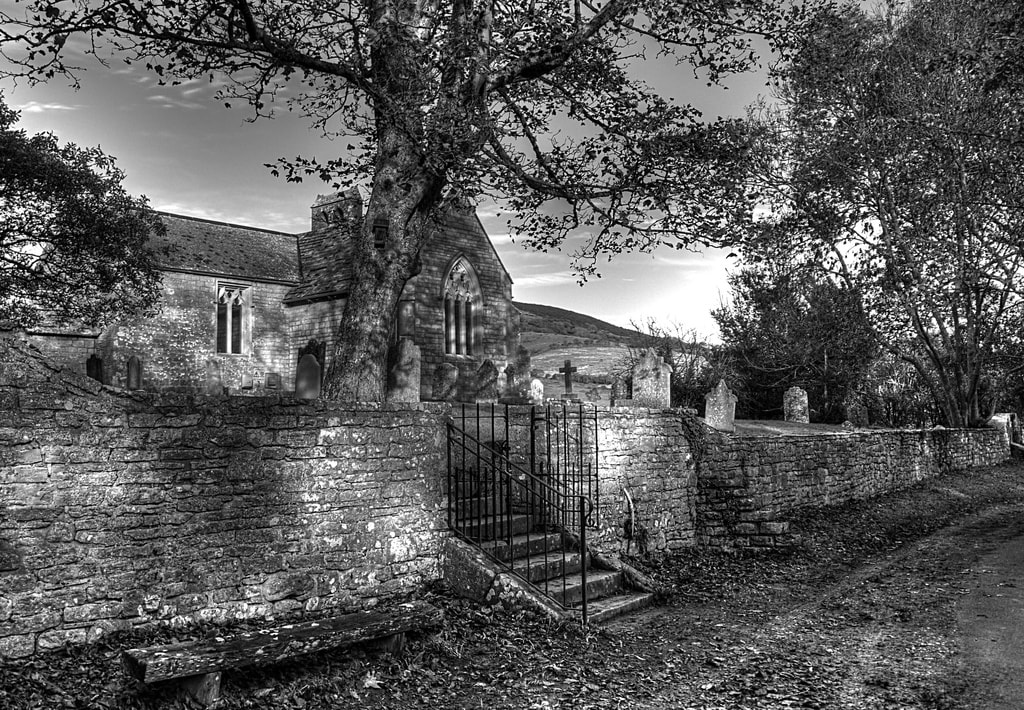 The Farne Islands are a collection of rocky islands in the northeast of England, most famous for the abundance of puffins and seals. More than 150,000 pairs of breeding puffins call these parts of the country their home, with regular boat trips taking off from the nearby Seahouses, weather permitting. Dependent on the state of the tide there can be as many as 20 visible islands.

Just a 30-minute boat ride away from Cornwall is Tresco, a private island with stunning scenery and – usually – great weather. This family-owned island offers private beaches, coves, forts, spas, fine dining and plenty more to explore. The 19th century exotic plant garden Tresco Abbey is a must-visit while on the island. This tropical garden is home to well over 20,000 plants that wouldn’t thrive on the mainland of Cornwall, as well as a museum of shipwrecked figureheads.

St. Michael’s Mount is a fascinating and historic Cornish island that’s accessible by foot when the tide is out, or by boat when it’s in. The cobbled-street Mount is home to a castle, gardens, village and barge house, with its history dating back as far as 495AD. Island residents and gardeners are regularly unearthing ancient artefacts and stumbling across something new – what will you discover?

The area of Mardale Green vanished in the 1930s when it was flooded to make way for a new reservoir to serve Manchester – but due to warmer than usual weather, parts of the drowned village of Mardale have been re-surfacing. While churches, graveyards and houses were demolished or removed before the flood, original structures including walls, fences, tree stumps and farm gates are occasionally visible thanks to the decreasing water levels. 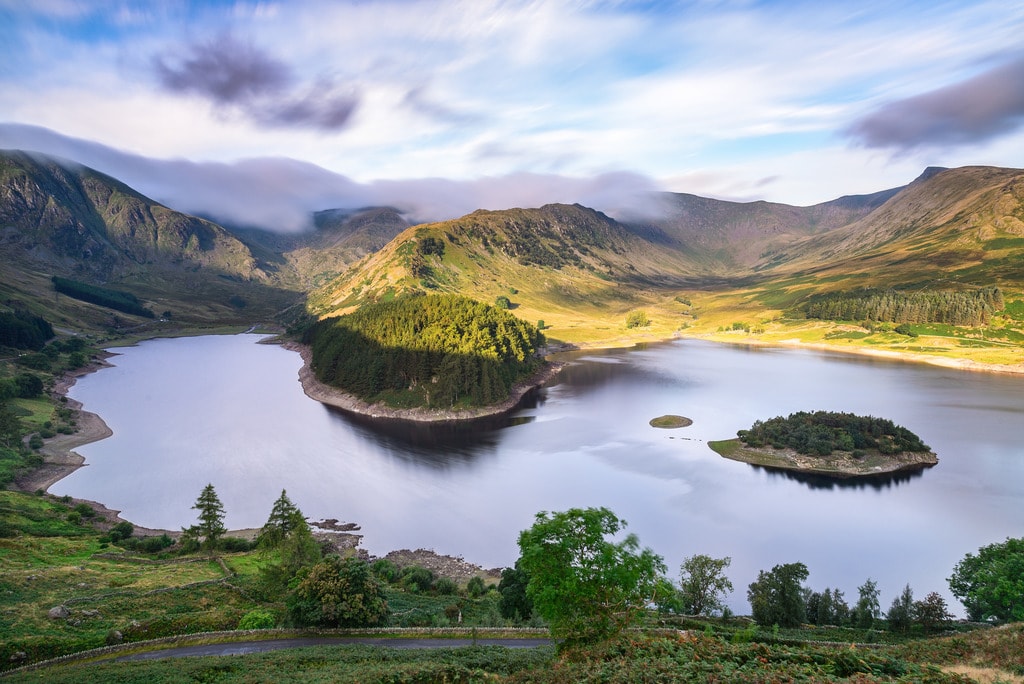 A stunning limestone gorge with a plethora of caves to discover, Creswell Crags is one of Derbyshire‘s hidden treasures. The area of Creswell is one of the most history-rich in the area, with trails, cave tours, walking routes and Crags Pond to explore. Creswell Crags actually holds a story unique to the world, in that it was one of the most northerly places on earth to be visited by our ancestors.

From the other day, amazing place!

Step in to a forgotten world. This abandoned collection of mills, workers’ cottages and pump houses was one of the busiest iron works in the country, yet now lays derelict and submersed with greenery. 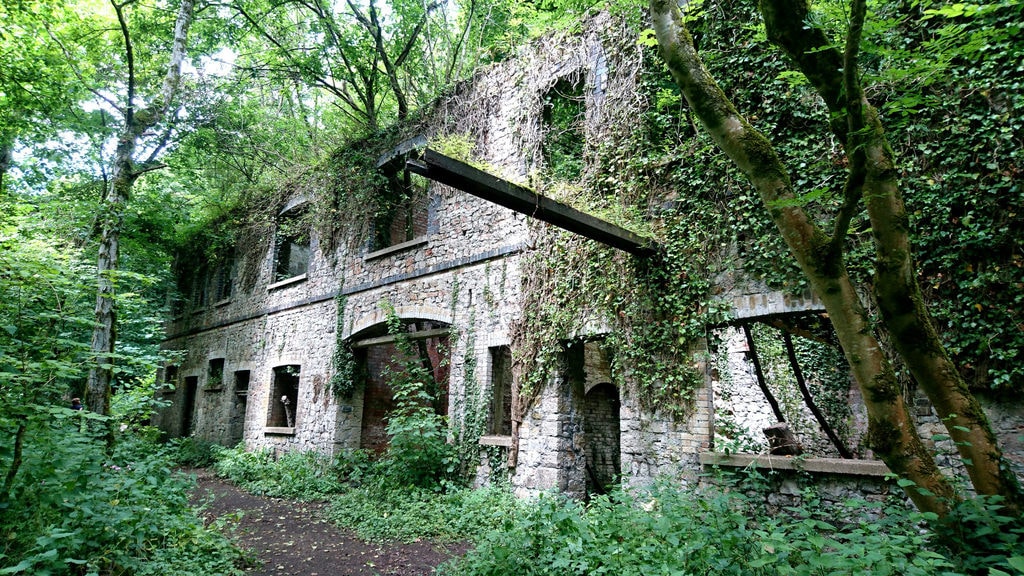