12 Classic Songs That Were Once Banned By The BBC

As a public broadcaster to the British people, the BBC of the past tried to uphold “public decency.” In practice, this meant some songs had to be banned from its airplay. With reasons spanning from sex and drug references to songs being “nauseating” and “sentimental,” the stories behind the bans are sometimes fascinating, sometimes infuriating, and sometimes completely inexplicable. Discover 12 such stories with our guide to banned songs from the Beatles, Blondie, Chuck Berry, and more. 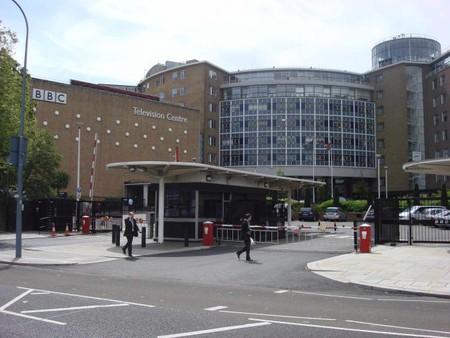 Whereas later songs would be banned for all manner of sex, drugs, and rock ‘n roll, the 1918 hit ‘I’m Always Chasing Rainbows’ was hilariously banned for being too sentimental. As a 1942 BBC directive read, this song featured ‘sickly sentimentality’ which ‘can become nauseating,’ and therefore was bad for morale during wartime. This policy was mostly forgotten about by the end of World War Two, just in time for the rise of schmaltzy singers like Perry Como (who coincidentally sang a version of the song). Now if only Radio 1 could reintroduce this policy for its current playlist…

Despite a reputation for staidness, the BBC did not actually have a problem with the content of The Kinks’ risqué ode to gender ambiguity. Instead, what led to the ban of ‘Lola’ was its reference to ‘Coca-Cola.’ As a public broadcaster, any reference to brand names are strictly forbidden on the BBC airwaves. However, when the band changed the lyric to the generic ‘cherry cola,’ the Beeb was more than happy to play it.

The early ’90s saw a real spate of censorship. As Britain entered the Middle East for the First Gulf War, the BBC released a list of 67 songs unsuitable to be played during the length of the conflict. Famous anti-war songs like ‘Give Peace a Chance’ and Edwin Starr’s ‘War’ were blacklisted, as was, it seemed, any song featuring a reference to fire, guns, or wars in general. This led to some ridiculous censorship choices (Pat Benatar’s ‘Love is a Battlefield,’ for example), but none as bizarre as the banning of Blondie’s 1980 number one ‘Atomic’ simply for using the word ‘atomic’ completely removed of any war reference.

Save for the Gulf War list, only three songs were banned by the Beeb in the ‘90s. The most famous of these is the Shamen’s ‘Ebeneezer Goode,’ a number one single in 1992. Although its clunky pro-drug wordplay in the chorus (‘eezer good eezer goode, he’s Ebeneezer Goode’….say it slowly) is more ridiculous than risqué, at the height of rave it was seen as a genuine public menace, advocating the use of ecstasy at a time when it was seen by many as the deadly drug that would spell and end to our youth.

Perhaps the most famous song ever banned by the BBC, DJ Mike Reid famously started playing ‘Relax’ only to stop it halfway through when he realized exactly how the band wanted people to relax. The subsequent furore took the song all the way to number one, making it to date the only song about preventing premature ejaculation to make it to the top spot. The band repeated the trick, getting their next song ‘Two Tribes’ banned and subsequently to number one.

‘I Am the Walrus’ – The Beatles

Of the four Beatles songs that have been banned over the years (including ‘A Day in the Life’ for references to suicide, ‘Lucy in the Sky with Diamonds’ for implied drug use, ‘Back in the USSR’ as part of the bizarre Gulf War ban), the prohibition of ‘I Am the Walrus’ might be the weirdest. After all, surely for a song to be banned on its content, that content has to be decipherable. Nevertheless, censors found enough in the lines ‘pornographic priestess’ and ‘let your knickers down’ to object to the song on sexual grounds.

‘Don’t Let’s Be Beastly to the Germans’ – Noel Coward

The BBC has long held a reputation for cutting edge satire, but the banning of this popular wartime tune was a definite misstep from the broadcasters who brought programs like ‘That Was the Week that Was’ and ‘The Thick of It.’ Actually a tune about not being cruel to the German people after what the song saw as an inevitable victory, this did not translate onto the radio, or officials were not able to see past the title, and the song was forbidden from being played.

‘God Save the Queen’ – The Sex Pistols

After years of cash-in reunions and Johnny Rotten appearing on reality TV and in a butter advert, it can be difficult to remember how terrified many were about the success of the Sex Pistols, to the extent that their vitriolic classic ‘God Save the Queen’ was banned during the Queen’s Silver Jubilee and (so the rumours go) was held off the top spot despite selling more than the official number one for that week. The NME singles chart put it at number one, but the BBC gave the decidedly more staid ‘The First Cut is the Deepest’ by Rod Stewart the top spot.

The BBC was not alone in being totally behind when it came to the rock ‘n roll revolution, but its banning of the Chuck Berry song now seems just as crazy as the censorship of Elvis’ undulating hips, thought to cause sexual hysteria in young people. What saw ‘Maybellene’ get the red pencil treatment was its exploration of infidelity, despite the fact that the song is highly critical of it – as the refrain repeatedly confirms, Chuck Berry wants Maybellene to ‘be true.’

‘Leader of the Pack’ – The Shangri-Las

Equally out of touch is the ban placed on the doo-wop classic ‘Leader of the Pack.’ In the era where young girls wanted to tame figures like Brando and James Dean (and boys wanted to be them), the tragic story of the death of a motorcycle gang leader was not going to create new converts to gang life, especially as the end is so grizzly for Jimmy in the song. Nevertheless, the song was banned throughout the ‘60s.

‘Glad to be Gay’ – Tom Robinson

In an ultimate moment of irony, Tom Robinson’s satirical song featuring lyrics about the unnecessary censorship of gay publications, was itself censored. Radio 1 refused to broadcast it after the song hit the top 20 following the success of the band’s better-known ‘2-4-6-8 Motorway,’ but the great DJ John Peel defied the ban and played it on his show. That a song detailing the violence, homophobia, and police bigotry against gay people could be banned whilst none of these issues were dealt with by officials speaks volumes about Thatcher’s ‘80s.

This is one of the few songs to have been banned on two separate occasions, when sung by two different singers. ‘Love for Sale,’ sung from the point of view of a sex worker, doubly failed the BBC’s standards, being both a sexual reference and testing the BBC’s advertising regulations. With lyrics like ‘love that’s only slightly soiled’ and ‘who would like to sample my supply,’ the song still feels a little outré today, so it is no wonder the ’30s panel responsible for censorship had a problem with it.