12 Anime from the 80s That Will Fill You with Nostalgia 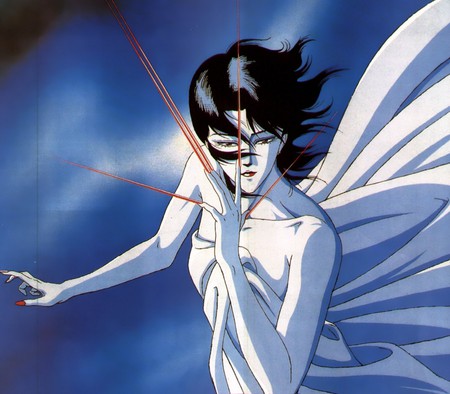 Once synonymous with terrible haircuts and awful pop music, it seems the 1980s and all its kitschy cool is enjoying something of a renaissance. A slew of classic anime were made during this time. See if any of the titles below manage to tickle your nostalgia bone.

It may seem like a painfully obvious choice, but the simple fact is that Akira’s importance can never be overstated. It was one of the first anime to raise mainstream awareness of the medium outside of Japan, blowing the doors open for a flood of titles which followed in its wake. The movie is nearly 30 years old, but its ground-breaking animation looks incredible even today, and as we’ve seen from the recent Ready Player One teaser, it’s iconography remains embedded in the collective pop culture consciousness.

Bones are snapped like twigs, heads explode like burst grapes and flesh is rendered into bloody human sashimi in this unforgettable adaptation of the manga epic. While the 80s TV adaptation had to rein in some of the violence, director Toyoo Ashida was given free rein to indulge himself in this heady – if stupendously dumb – ode to hyper-masculinity. Like Akira, the film didn’t make its way officially to the UK until the early 90s, when it was sold by distributor Manga Video as “an epic assault on the senses”. They weren’t lying. Relentless, shocking and hugely entertaining, it remains a highpoint for extreme action in Japanese animation.

In the West, we knew it as Robotech, although that show was spliced together with two other visually similar titles (Super Dimension Cavalry Southern Cross and Genesis Climber Mospeada) in order to make a single, cohesive epic. The original stands head and shoulders above its Western iteration, with its sumptuous mix of space opera, love triangles and totally badass mecha that would influence generations to come. The 1987 Japanese movie Do You Remember Love? also deserves a mention for taking the franchise to transcendent heights.

As Scott Pilgrim artist Bryan Lee O’Malley said in a recent interview: “Rumiko Takahashi is God.” The grand matriarch of manga released a number of seminal titles which were adapted into wildly popular anime. Ranma 1/2 stands apart for its lunatic-but-loveable mix of gender-bending, martial arts and slapstick comedy that only Takahashi could pull off with aplomb. The animated version still remains a perfect burst of joie de vivre.

Urotsukidoji: Legend of the Overfiend (1987)

When the anime explosion well and truly kicked off in the UK, Urotsukidoji was the first truly X-rated title to make it to these shores, giving it a certain underground, back-alley vibe which would ensure its popularity. By today’s standards its animation is cheap and its sexual politics veer between laughable and horrific, but at the time it was the subject of many a “Have you SEEN this?!?” conversation among Western fans (before they realised they could do a lot better) and its climactic apocalypse still has the power to keep the viewer gripped.

One of the best cyperpunk anime ever made. Bubblegum Crisis was a gourmet experience for Western anime nerds of the early 90s as each of the seven hour-long episodes was released with the original Japanese voice track, along with deluxe production art, on ultra-pricey VHS cassettes that sold at retail for steep prices (something like £30 a pop in today’s money). It was well worth it: a fantastic soundtrack, awesome characters and stunning character designs from legendary artist Kenichi Sonoda all added up to a peerless experience.

Some years before they would change the anime landscape forever with Neon Genesis Evangelion, acclaimed studio Gainax made a dent with another giant robot anime. Gunbuster is a curious mix of elements from Starship Troopers, a Japanese high school drama and even Christopher Nolan’s Interstellar, but it all works. And it’s titular giant robot, a mech of universe-shattering power, hasn’t aged a day thanks to its timeless design. Also, if you’re ever having trouble getting out of bed in the morning, simply put on the rousing Gunbuster March and you’ll be punching the air mere seconds later.

It’s Law & Order with giant robots, in this much-loved franchise from the Headgear collective (which included Ghost In The Shell director Mamoru Oshii). Designed from the get-go to be a mixed media experience, it spawned manga, video games and a TV series but it’s the seminal inaugural feature film which regularly occupies best-of lists among the faithful. Part gripping police procedural, part mecha slug-fest, it’s an essential part of any self-respecting otaku’s collection.

Science-fantasy-slapstick-magical-girl anime, anyone? That previous sentence may make your nose bleed just thinking about it, but fear not, as Project A-ko combines laugh-out-loud comedy with spectacular action to create one of the most memorable features of its time, made all the better by its affectionate jabs at everything from Fist Of The North Star to Super Dimensional Fortress Macross. Teenage girls with extraordinary powers battle it out at high school, and nothing less than the fate of the universe itself is at stake. A giddy sugar-rush of a film.

How could you possibly not love a goth spaghetti western in which an emo Clint Eastwood slays numerous horrible beasts while engaged in a complicated (to say the least) relationship with his talking hand? Vampire Hunter D is schlocky camp but its desolate art style and 80s horror chops made it an instant classic upon release. The franchise has undergone numerous remakes and reboots but the original is still the best.

In the West, we got James Bond. In Japan, they got Duke Gogo, better known by his codename – Golgo 13. The world’s deadliest hitman-for-hire is well-known in his native land thanks to a one of the longest-running manga in the world (still going strong after first being published in 1969), and made his animated feature film debut in 1983. While the animation hasn’t aged gracefully, the jazz soundtrack and stylish set pieces ensure that it’s still a stone-cold slice of Japanese cool.