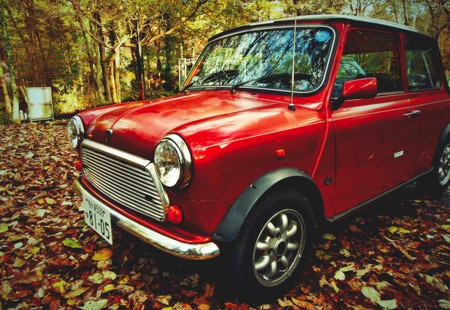 Birmingham is often dubbed as the city of a thousand trades, so it’s no surprise that such a varied array of things have stemmed from the city’s ever growing manufacturing line. Read on to discover 11 things you may not have known were from the UK’s second city!

One of the world’s most celebrated chocolatiers, Cadbury, was founded by John Cadbury in 1824. Cadbury is now the second largest confectionary brand in the world and its roots are proudly cemented in Bournville, Birmingham to this day. 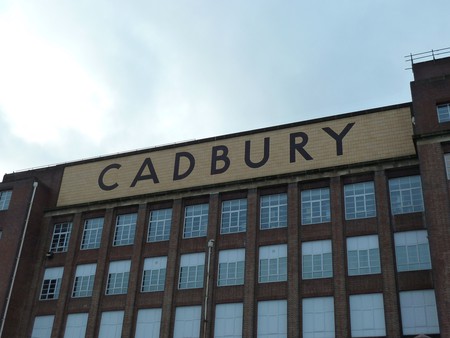 In a Jewellery Quarter home during the early 1820s, John Mitchell created a machine that would mass-produce steel nib pens. At this time, the majority of people were still writing with quills and it’s said that Mitchell pioneered the opening of the pen trade to the world – 75% of the world’s pens would then go on to be manufactured across 100 factories in the Jewellery Quarter. Birmingham’s pen museum delves in to the deep history of the pen trade.

The Lord of the Rings

J. R. R. Tolkien’s inspiration for the world-famous The Lord of the Rings trilogy also comes from Birmingham. Tolkien lived near the south Birmingham suburb of Moseley, which was near various areas that inspired the novels, such as Perrott’s Folly (a 29-metre tall tower, set to have provided inspiration for The Two Towers) and Sarehole Mill, with the small village of Sarehole said to be the inspiration for Hobbiton and The Shire. 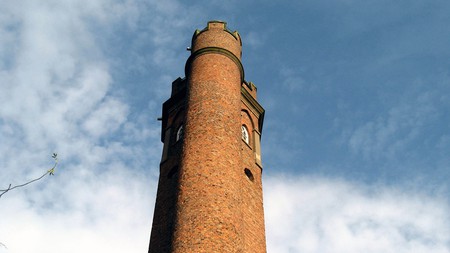 Because of Alfred Bird’s wife being allergic to egg, the popular instant custard, Bird’s, was created in 1837. The instant custard mix was free of egg and instantly became one of the most popular desert brands in the country. Bird’s Custard was produced in Digbeth at Bird’s Custard Factory, with the complex now being a popular creative hub and has housed music venues, bars and cinemas. 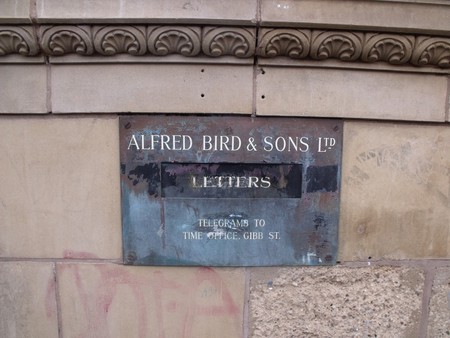 Believe it or not, the popular children’s television show was originally based on the south Birmingham suburb of Kings Norton! In the early 1940s, Reverend Wilbert Vere Awdry told stories of trains that would pass by the station to entertain his son, who had measles at the time. By 1945, Awdry’s first book was written about a model train called Thomas.

The very first whistle is said to have been invented in the mid 1870s by Joseph Hudson, a toolmaker from Birmingham. By 1878 his invention was used for the first time in a football match, replacing the handkerchiefs that were previously used to catch players’ attention. The whistle would then go on to be used by police forces as a communication tool. 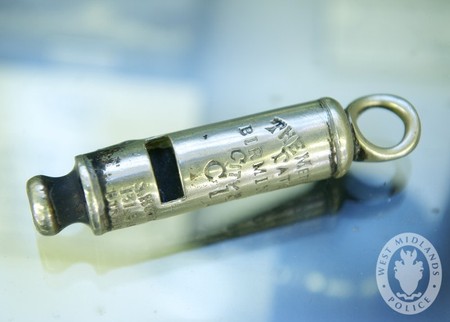 Whistle used by West Midlands Police in the 1800s | © WMP/Flickr

Everyone’s favourite office small-talk-machine was also invented in Birmingham. To deal with his overwhelming paperwork, the world famous engineer James Watt created a letter-copying machine and special ink in 1779 and is considered to be the first widely-used photocopier.

Arguably one of the most iconic models of car to ever exist was indeed manufactured right here in Birmingham. Previously voted the most influential car of the 20th century and Britain’s favourite car of all time, the Mini was first implemented at Birmingham’s Longbridge plant between 1959 and 2000, with the very first petrol-driven, four-wheeled car also being built in the city in 1895.

Birmingham is no stranger to music and the heavy metal genre was born here, too. Pioneers of the genre, Black Sabbath, formed in Aston in 1968 and they are still one of the world’s most popular bands today. 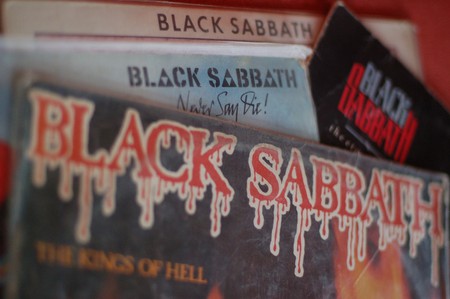 And finally, often more ridiculed than celebrated, the Brummie accent is one of the world’s most recognisable but we couldn’t leave it out. Partly thanks to Peaky Blinders and slightly thanks to the likes of Ozzy Osbourne and Cat Deeley, this endearing twang is subject to much discussion, but we love it, bab.