11 Secret Sunset Destinations in the UK 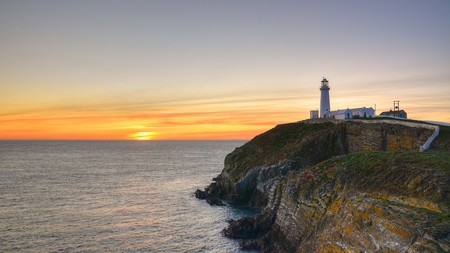 The South Stack lighthouse, off the coast of Anglesey, is a beautiful spot to watch the sun go down | © Steve K Photography / Getty Images

Whether you plan to watch the skies change behind the ruins of a Welsh castle or clamber to a viewpoint on the Scottish coast, Corona has you covered with these secret sunset spots.

© Shawn Williams / Getty Images
The craggy peak of Binevenagh Mountain, in County Londonderry, Northern Ireland, can be seen for miles around. Formed millions of years ago by molten lava rising up through the earth, the mountain’s flat-topped summit provides awe-inspiring views over the green fields that surround it, which turn shades of orange as the sun dips. 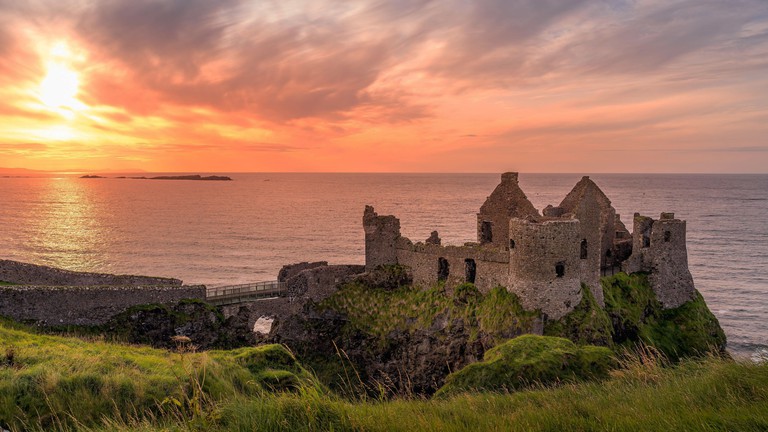 © Dawid Kalisinski / Alamy Stock Photo
Escape the crowds at Giant’s Causeway and head further along the Causeway Coast to the craggy headland east of Portrush where you’ll come across the ruins of medieval Dunluce Castle, sitting on the cliffs as they fall away into the sea. Find a spot on the grass for a spectacular view of the setting sun through the remains of the castle walls. 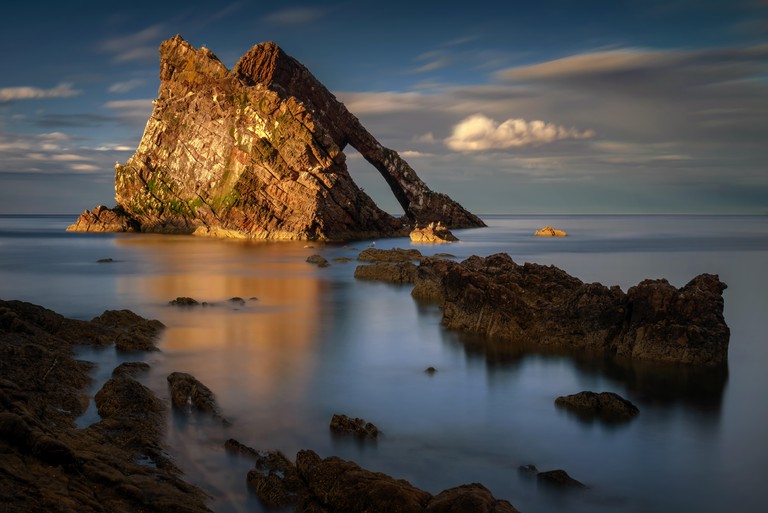 © Wojciech Kruczynski / Alamy Stock Photo
Off the northeast coast of Scotland stands Bow Fiddle Rock, which takes its name from its unusual shape. As the sun goes down, its final rays peek through the rock archway. Grab yourself some fish and chips from Portknockie Fish & Chip Shop, then take the path at the northeastern end of town to the cliffs, where you can watch the sunset with the soundtrack of the sea crashing against the cliffs below. 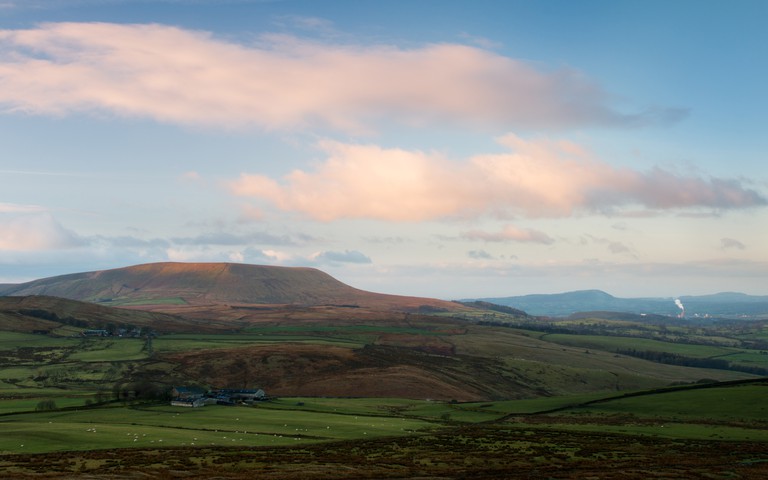 © Alan Crossland / Getty Images
Pendle Hill rises high above the towns of Lancashire, its banks covered in green farmland. Stay in the foothills to watch the sun disappear, or climb to the top and find a spot to sit as you admire the view over the distant roofs of Burnley, the Lakeland Fells and – on a clear day – Blackpool Tower. 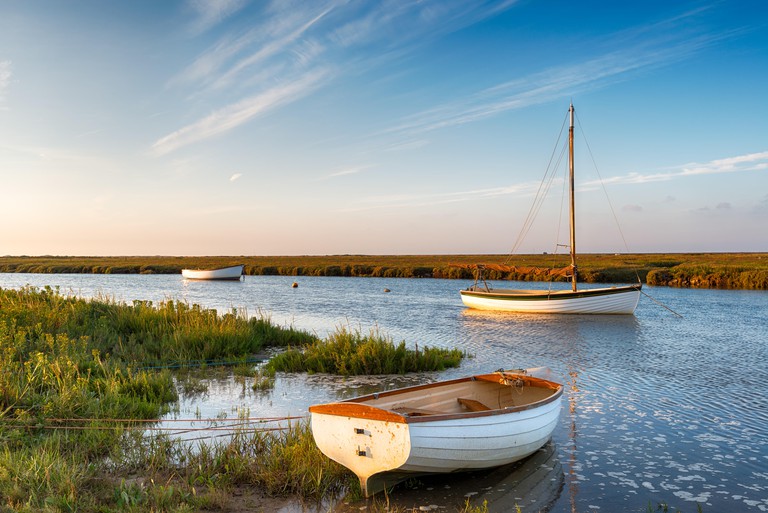 © Helen Hotson / Alamy Stock Photo
Norfolk’s salt marshes are picturesque enough in the daytime, but as the evening falls and the sky reddens, the lowlying water on the marshland reflects the setting sun, creating a landscape dappled with oranges and yellows. On cooler evenings, head to the Dun Cow pub, where you can watch from the comfort of the wood-beamed interior with a pint in your hands. 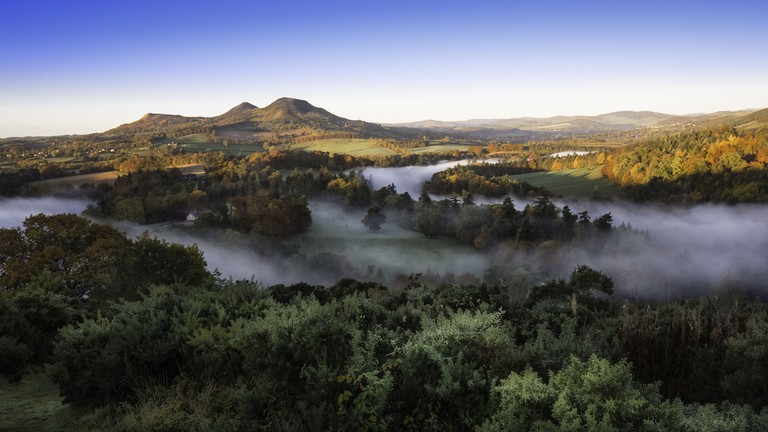 © Linda Ormiston / 500px / Getty Images
It’s not hard to see why Scott’s View was a favourite destination of the author Sir Walter Scott, known for his historic novels. High in the hills of the Scottish Borders, it’s an outstanding lookout point where you can admire the countryside. Take a hike before sundown and pick a secluded spot on the hills, breathing in the fresh air as you enjoy the sunset. 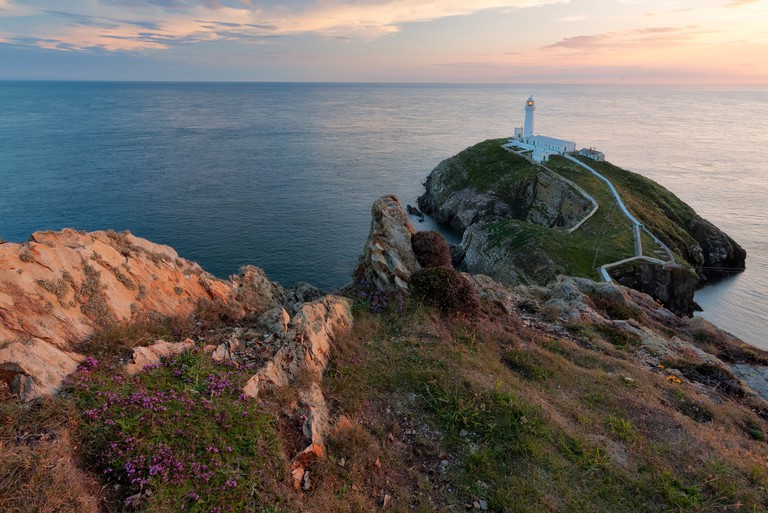 © mariotlr / Getty Images
Seabirds flock to the 100m (300ft) cliffs of Holy Island, where puffins, peregrine falcons and guillemots are all regular visitors. Follow the Anglesey coastal path to join the birds on the purple heathland overlooking the islet of South Stack. As the sun goes down, catch it glinting through the lantern room of the early 19th-century South Stack Lighthouse, which stands at the edge of the islet. 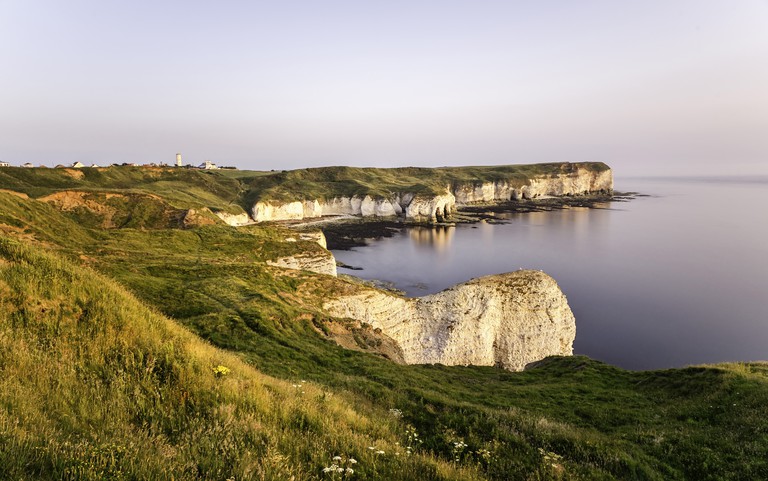 © Danielrao / Getty Images
Forget the much-visited white cliffs of Dover and make your way north instead for an equally impressive chalk promontory: Yorkshire’s Flamborough Head. On a sunny day, the turquoise water of its curved bay wouldn’t be out of place on the Mediterranean coast. Climb the headland at sunset and watch the cliffs turn from white to yellow as the sky shifts between shades of pink and purple. 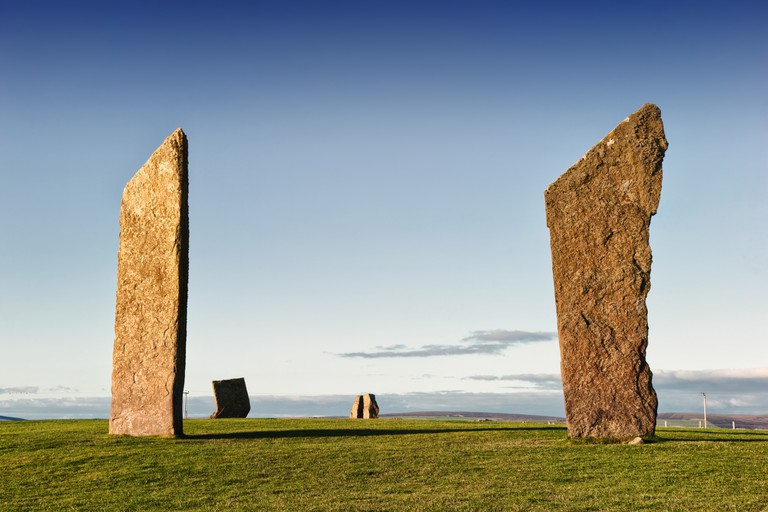 © theasis / Getty Images
While the Neolithic standing stones of Stonehenge have become the most recognisable sight in the UK, consider going to the much less frequented Standing Stones of Stenness on Scotland’s Orkney Islands. Watching the sun disappear behind these proud structures and over the calm waters of the Stenness and Harray lochs is a sight you won’t forget. 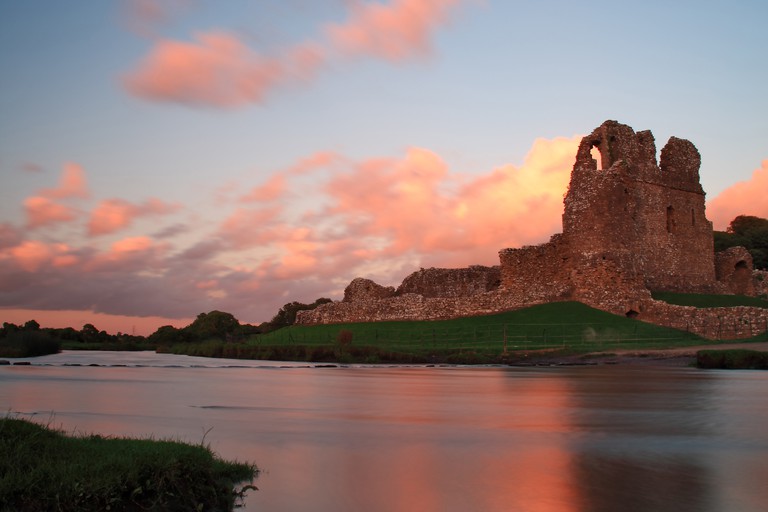 © Paul Fram Photography / Getty Images
A relic of the Norman conquest of Wales, construction of Ogmore Castle is thought to have begun in the early 12th century. Although the structure now lies in tumbled ruins, its remaining arches and high, crumbling walls make for an excellent sunset view. Cross the stepping stones over Ewenny River to watch from the riverbank. 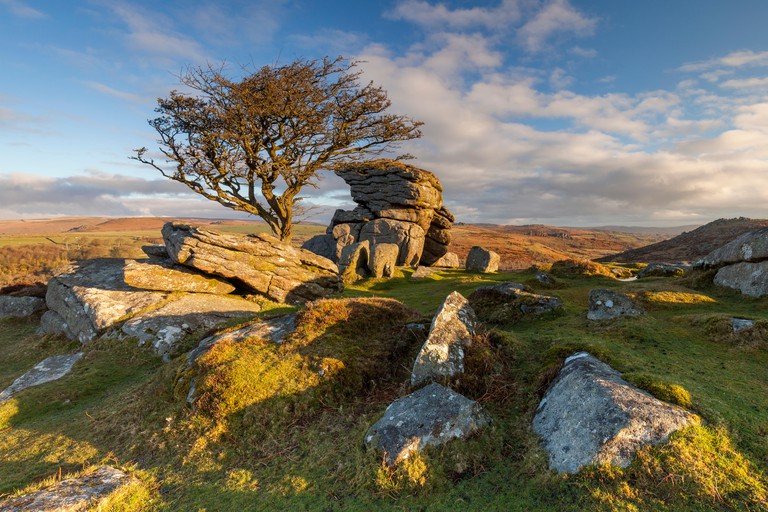 © David Gibbeson / Alamy Stock Photo
With its ancient forests, majestic tors, and rivers and streams primed for wild swimming, Dartmoor is a striking example of English countryside. For the best sunset view in the area, climb up to Emsworthy Rocks, where a single tree is surrounded by great slabs of stone jutting out from the mossy ground. Appreciate the silence as you admire the sweeping views of the moorland, which spread as far as the eye can see.

Escape the crowds and rediscover these hidden UK beaches you should explore.