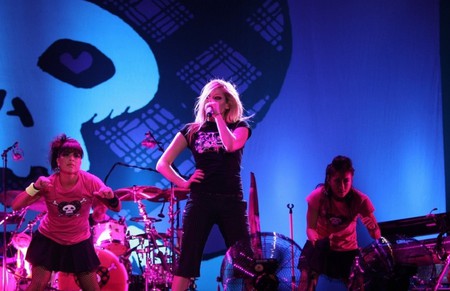 Some musicians are shocked to find that they’re superstars in foreign countries, especially when their careers have fizzled out at home. Instead of letting their stars fade, they use their overseas fanbases to keep themselves afloat, launching second careers abroad. Here are 11 pop stars who made it big in other countries.

Shayne Ward, originally from England, rose to fame by winning the second series of The X-Factor. His debut album went platinum after its release in 2005, even setting records as the third fastest selling album of all time in the UK. Then, after a hiatus from music, he was dropped by his music label. Today, he acts on the hit TV show, Coronation Street—but that’s just in England. In Vietnam, his music is still just as famous as it was in 2005. He has devoted fan pages, and when he plays there, the crowds are wild.

It’s not really fair to say Avril Lavigne has been forgotten, but she definitely isn’t the A-list celebrity she once was. That’s not the case in China, though. There, she’s a familiar face on billboards, advertising things like iced tea and video games. Her Weibo page—the Chinese social media platform—has millions of followers and continues to grow. And when she tours in China, as she has several times, her shows are raucous. She’s even had to pause shows because of stampeding crowds.

This one is well-known, but we had to include it. When The Hoff’s career seemed to be fading out in the late 80s, after his famous TV show, Knight Rider, ended, he began touring Europe as a singer to reinvent himself. He sang about freedom, which turned out to be an opportune topic at the time in Germany. Since then, he’s become one of the highest grossing musicians of all time in that country.

James Blunt’s career has petered out since his meteoric rise to fame in 2004, which followed his breakthrough single You’re Beautiful. Since then, he’s had success as a touring musician, getting mixed reviews on his following four albums. But in China, he’s still just as famous as he was when he first emerged as a new talent. He admits record sales in China aren’t great, but millions of Chinese still know all the English words to his songs. Check out the song that the winner of China’s Got Talent chose to sing.

Paul Williams in the Philippines

Paul Williams is an Academy Award-winning songwriter who has worked with many big name musicians, such as David Bowie, Barbra Streisand, Daft Punk and the Carpenters. He’s also an acclaimed solo musician, with many songs and a long career. He might not be a big draw in America these days, but he’s still as popular as ever in the Philippines. The world found this out in Stephen Kessler’s documentary, Paul Williams Still Alive (2011), which premiered at the Toronto International Film Festival.

Although Rodriguez wasn’t really a massive pop star—more so a locally famous folk musician—we had to include him on this list. When his record label dropped him in 1976, he decided to quit music and find work as a demolition worker in Detroit, where that kind of work was in high demand. The rest of the story is laid out in the Academy Award-winning documentary, Searching For Sugar Man (2012). Basically, his songs found a cult following in South Africa, used as anti-Apartheid anthems. Rodriguez had no idea. Now he plays to sold out shows there.

Cyndi Lauper, best known for her global hit, Girls Just Want to Have Fun, which was released in 1983, has had a second wind in America recently, but even more so in Japan. When the massive tsunami hit Japan in 2011, Lauper was landing at the airport to play tour dates there, much the same as she has for decades. But while other musicians cancelled their shows, she kept playing. This earned her a lot of respect in the country, because it showed solidarity and courage. Now, she tours the country every year.

Kelly Rowland in the UK

Kelly Rowland first became famous as a member of Destiny’s Child. When the group disbanded, she tried out acting, but found more success as a solo artist. While Beyonce has dominated in the US, Kelly Rowland has found more success in the UK. She’s been a judge on the UK TV show, The X-Factor, and has also collaborated with artists such as David Guetta and Italian DJ Alex Gaudino to crack the top 10 in UK charts, doing the same with her solo single, Down for Whatever (2011).

Let’s pretend that the Great Lakes count as overseas. Celine Dion is certainly still famous in her homeland of Canada, but she isn’t the megastar that she is in America, where she currently has residency at The Colosseum in Las Vegas. Her fame peaked with the release of Titanic in 1997, and while she’ll always be a recognizable name in Canada, she became a superstar in America.

These days, Jessica Simpson focuses most of her efforts on her fashion line, staying out of the spotlight for the most part. Back in the early 2000s, however, she was at the peak of her fame, star of the TV Show, Newlyweds: Nick and Jessica, and megastar musician with several successful albums. She even played Daisy Duke in the film, Dukes of Hazzard (2005). Then she went into decline. Her movie, Blonde Ambition (2007), bombed in the US. But in the Ukraine, it went to number one. That’s right, Jessica Simpson is a movie star in the Ukraine.

Debbie Harry in the UK

Most people still know her as the lead singer of the new wave band, Blondie. In the late 70s and early 80s, they dominated the charts in America with hits such as Heart of Glass (1979) and Call Me (1980). When the band broke up in 1982, Debbie Harry launched a solo career. She had moderate success in the US, but did much better in the UK charts. When the band re-formed in 1997, their single, Maria, made it to number 1 in the UK.