11 Delicious But Deadly Foods That Could Kill You 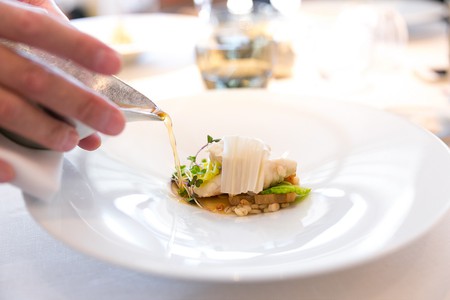 From the contents of your kitchen cupboards to famous delicacies from around the world, there are many foods that are delicious but potentially deadly. Learn what you should watch out for before taking a bite. 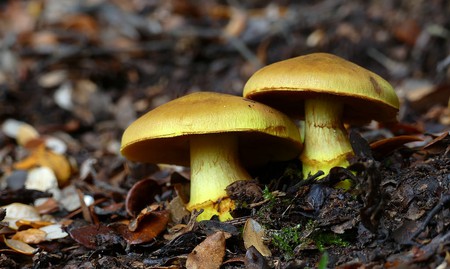 Some fungi are anything but fun. With names like the ‘death cap’ and ‘destroying angel’, these mushrooms aren’t messing around. As a rule, if you aren’t 100 per cent sure of what you’re eating, especially if you’ve picked something yourself, don’t risk it. Deadly mushrooms often look uncannily like edible ones, and even experts can find it hard to tell the difference. Author Nicholas Evans and his family nearly died of liver failure after picking the deadly webcap variety. In the US, 14 people were poisoned in San Francisco after eating death cap mushrooms, three needed a liver transplant, including an 18-month-old baby. 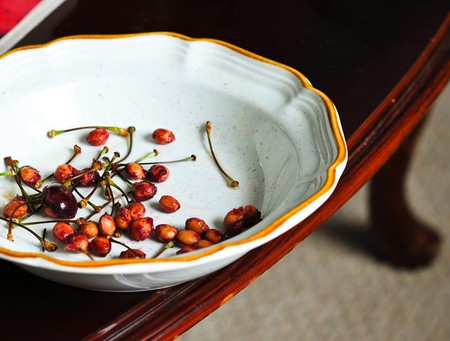 Tinker, tailor, soldier, spy…or die, if you bite into too many cherry stones. Or apricot, plum or peach pits. They contain hydrogen cyanide, which is so poisonous that a mere 0.1 grams has the potential to kill a 10 stone (150 pound) person. As a cherry pit contains around 0.17 grams of cyanide, ingesting just one or two crushed stones could kill you. The amount of cyanide per cherry stone varies, so a lethal dose could be higher than just one stone, but why take the risk? 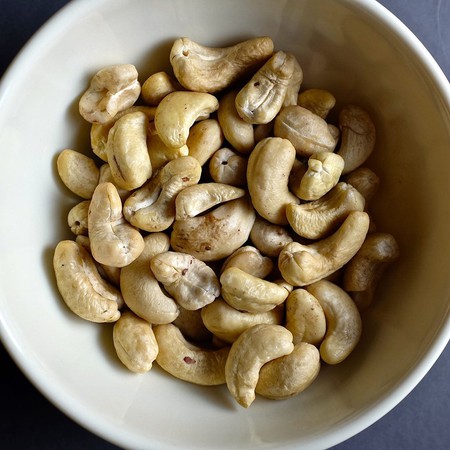 Firstly, these are seeds, not nuts, so you’ve been misled all this time. Their shells are deadly, and have a coating of anacardic acid, which can burn your skin if handled incorrectly, as well as give you a nastily upset stomach. Additionally, cashews must be cooked or steamed before consumption, as in their raw state they contain urushiol, a chemical which is also found in poison ivy, and can be fatal if consumed in large enough amounts. So if you see cashews growing in the wild on your travels, don’t pick or eat them. 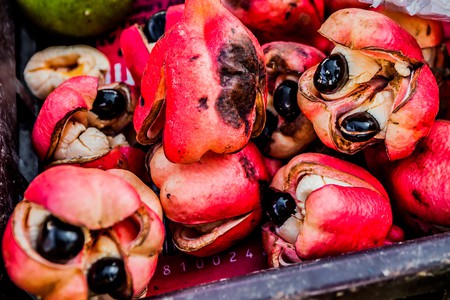 The Ackee plant is native to West Africa, and is also cultivated in Jamaica, where the ripened fruit is a particularly delicious local favourite. It’s part of Jamaica’s national dish, ackee and saltfish, and has a buttery, creamy texture and mild taste. However, if ackee is picked before fully ripening, it can contain toxic levels of hypoglycin A, which may cause vomiting, hypoglycemia, and even death. Its seeds are also poisonous. It’s considered so dangerous that the US banned any imports of ackee fruit until 2005, when the Food and Drug Administration (FDA) said they will only accept shipments with very low doses of toxin. 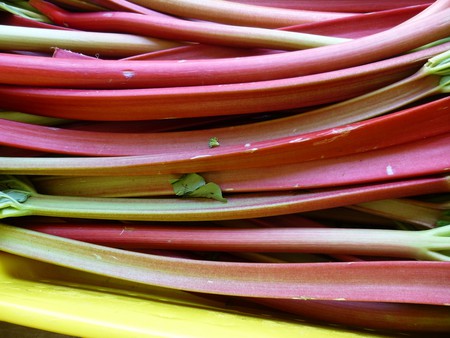 This British fruit is a criminally underappreciated delicacy. It’s great in crumbles, cobblers and even when pickled, and lends a sharp, mouth-puckering taste to many classic British dishes. However, the leaves of the plant are deadly. They contain oxalic acid, which causes burning in the mouth and throat, breathing difficulties, coma and death. You’d have to eat around 5kg of the leaves for them to kill you. 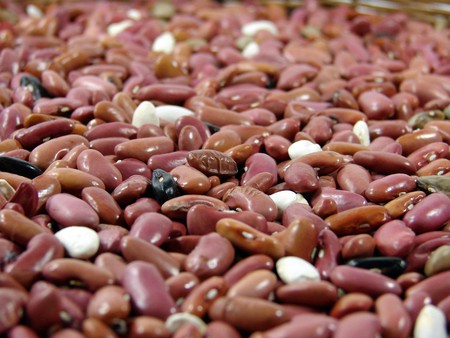 Kidney beans contain high levels of phytohemagglutinin, making them toxic. Cooking the beans thoroughly gets rid of the poison, but eating even a few undercooked beans can cause nausea, vomiting, and diarrhoea. The US FDA advise boiling for 30 minutes to completely breakdown the toxin. Canned kidney beans are pre-cooked and completed safe to eat from the tin, so put these in your chilli if you’re of a nervous disposition. 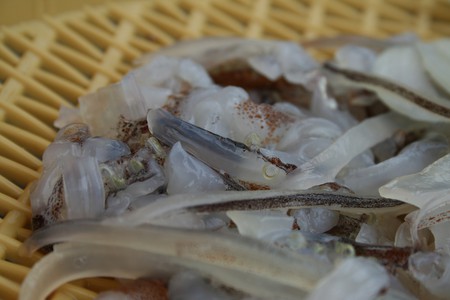 This is a traditional Korean dish of raw octopus that’s meant to be eaten while it’s still squirming. The chef kills the octopus, and it’s chopped into bitesize pieces and served with sesame seeds and soy sauce. Residual nerve activity in the tentacles means that it will still be wriggling on your plate, however, and the suckers of the octopus remain active and could attach themselves to your throat as you swallow. Food & Wine report that around six people die every year from eating the dish. 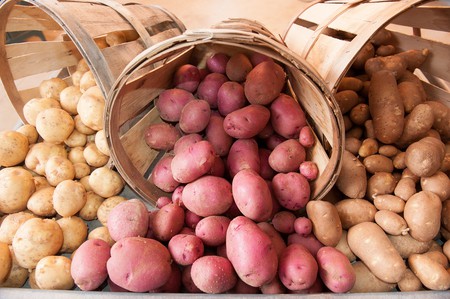 Don’t eat green potatoes. The green parts contains a poison called solanine, which can cause serious illness if eaten in large quantities. The leaves, stem, and sprouts of the potato plant contain glycoalkaloids, found throughout the nightshade family (a flowering plant category). So just be careful when you’re making wedges, guys. 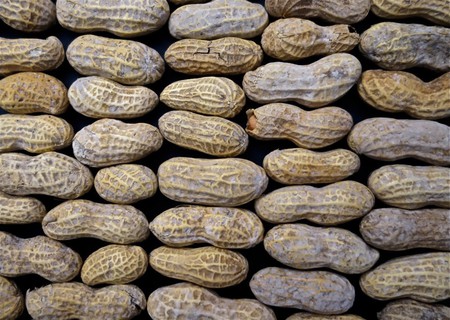 Around 1 per cent of the US population has a peanut allergy, making it one of the most common kinds of allergy. If you’re seriously allergic and ingest a peanut in any form (including oil) or even inhale peanut proteins in the air, you become very ill. In the UK, restaurant owner Mohammed Zaman was jailed for six years after a takeaway from his restaurant containing powdered nuts caused Paul Wilson, 38, to suffered a severe anaphylactic shock and die in January 2014. 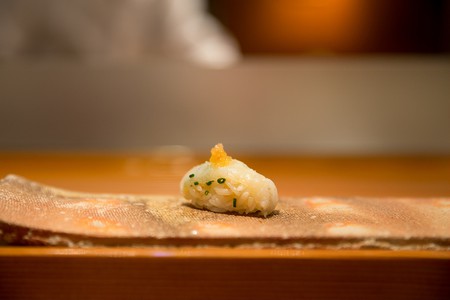 Fugu is a Japanese delicacy, but it can be truly deadly. The pufferfish is more poisonous than cyanide and can cause a fast, violent death. There is no antidote. The liver, ovaries and skin of the fish contain the poison tetrodotoxin, which affects a human’s nerve system. Chefs that work with fugu must train for at least two years and have a special license, but many deaths occur when amateurs try to prepare the fish for consumption themselves. 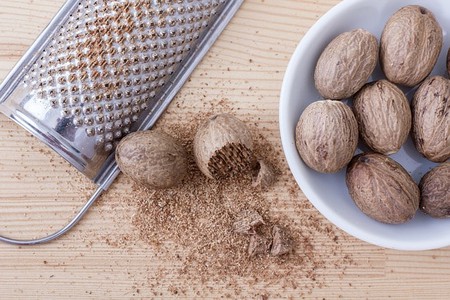 Nutmeg can cause hallucinations | © scym / Pixabay

This Christmassy spice, which adds its delicate flavour to custards, bechamel and rice pudding, is a hallucinogenic if eaten in large enough quantities. It can cause convulsions, palpitations and nausea, not to mention visual distortions and a sense of paranoia. Maybe steer clear of having that 10th glass of eggnog, as it takes only around 2-3 teaspoons of the ground spice to have an effect. It’s also highly toxic to dogs. 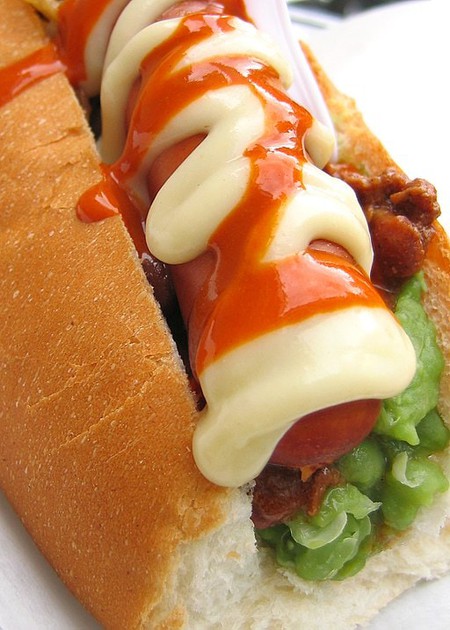 Hot dogs can be a choking hazard | © tedandmiki / Wikimedia Commons

Issues with the dubious meat content found in cut-price hot dogs aside, choking is a very real hazard when eating this American classic. Johns Hopkins University reported that hot dogs are the number one cause of choking-related injuries in children under three. Chew slowly and cut them into bite sized pieces before serving. 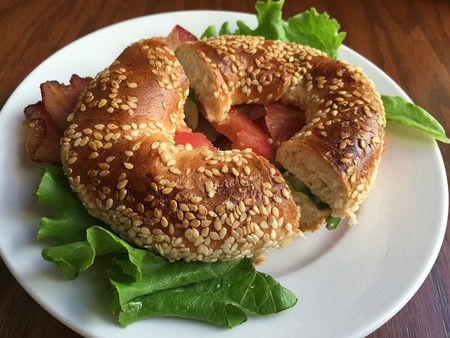 While they’re clearly not poisonous (otherwise you’d have to re-examine your position on all-you-can-eat brunches), the bready breakfast staple is one of the most common causes of knife injuries in the kitchen. Imagine: you’re slicing the bagel, knife in one hand, bagel in the other, and your knife slips sideways… In 2011, around 2,000 Americans went to hospital with bagel-related injuries.

This post was originally written by Andrew Webb, and has been updated.