11 Films That Will Put You off Flying Forever 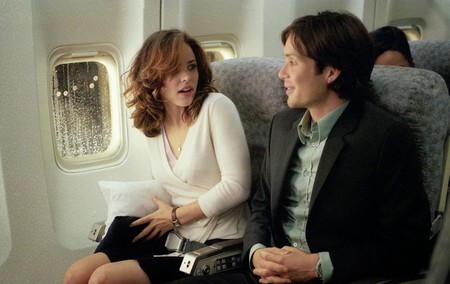 Inflight entertainment is the best way to pass the time on any long plane journey. Modern aircrafts offer a wide variety of choices when it comes to movies, but you won’t find these films available on your next flight… or at least we hope you won’t!

The message here is: don’t ignore airline advice. Broody Idris Elba and chatty Kate Winslet are the unlikely pair who bump into one another at an airport. All flights have been cancelled but our duo decide to get an ageing veteran to fly over a mountainous region as a storm hits. Guess what happens next? 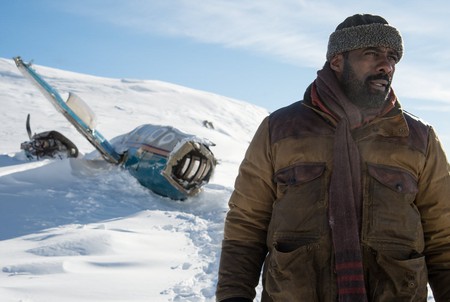 Idris Elba in 'The Mountain Between Us' | © 20th Century Fox

Red Eye is an inventive thriller which somehow manages to stay on just the right side of ludicrous. A seemingly charming stranger (Cillian Murphy) ends up sat next to hotel manager Lisa (Rachel McAdams) on a red eye flight to Miami. The pair hit it off, until the stranger reveals he is part of an assassination attempt and needs Lisa to make it happen. Even more horrifying, Lisa’s father is the leverage being used to manipulate her. This film captures all the paranoia and helplessness that can occur on a plane.

This one was always going to be on our list. The stomach-churning true story sees a group of Uruguayan rugby players flying to Chile on the way to a match. Things take a dramatic turn for the worse when the plane they are on crashes in a remote part of the Andes leaving the survivors stranded… and hungry. As the desperate passengers resort to cannibalism, you might find yourself looking around when turbulence hits on your next flight to see who is the tastiest-looking option. 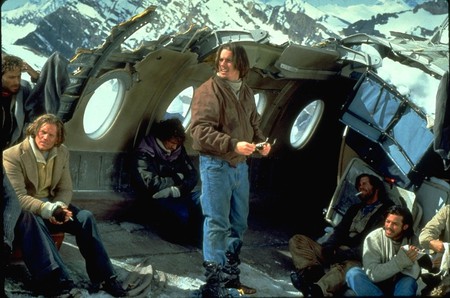 This terrifying scene from Brad Pitt’s blockbuster zombie movie is one of the unlikeliest scenarios on our list, but it’s so well directed that it still manages to haunt us. As the world outside goes to hell when an infection turns normal people into predatory zombies, Gerry Lane (Pitt) boards a flight thinking he will be safe in the air… big mistake.

This surprisingly good survival adventure sees a contemplative Neeson play Ottway, a man suffering from suicidal thoughts. He is jolted back into the fight for life after being part of a dramatic plane crash and subsequently having to fend off hungry wolves to stay alive. The crash sequence is phenomenal and Smokin’ Aces (2006) director Joe Carnahan has fun in getting the gruff Neeson to punch a wolf in the face. Great to watch, a nightmare to experience. 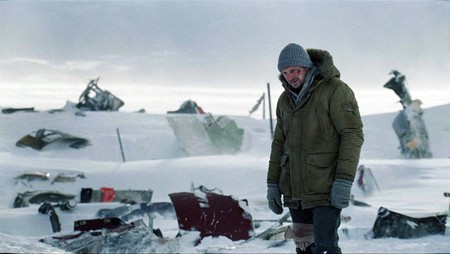 You would have thought that Neeson would have learnt his lesson from a few years before. Back on another plane, this time the burly Irishman plays an alcoholic air marshal (now there’s a recipe for disaster) who receives a text in mid-air stating that a passenger will be killed every 20 minutes until $150 million is transferred into a secure bank account. The passengers and ground staff suspect the air marshal is in on the plot, meaning Neeson is forced to take matters into his own hands. Maybe this is the reason they ask us to put our phones onto flight mode before take-off? 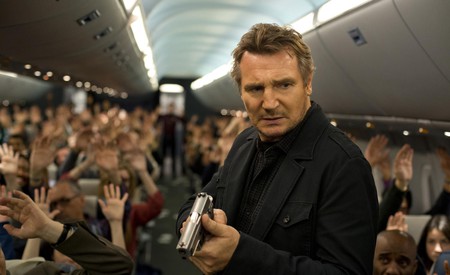 There’s an all-star cast in this action thriller that features Halle Berry and Kurt Russell and a plot about a terrorist plan to detonate a deadly nerve-gas bomb over American airspace. It’s all very scary. And if that weren’t enough, the expected hero of the film – played by Steven Seagal – goes ahead and gets himself killed before the first act is over (and perhaps, if we were to be unkind, we would say that this is one of the film’s strongest attributes). It’s left to a Catwoman and former Disney kid to save the day. 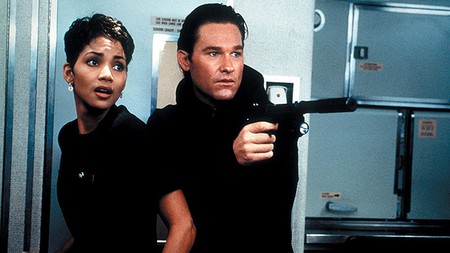 Air travel for all became a reality in the 1970s. To capitalise on this, the film industry decided the best course of action was to make a series of disaster films crammed full of the biggest stars of the day. These films were usually preposterously serious and unbearably dull. Thankfully, at the end of the decade someone made this hilarious spoof of the genre and, in the process, gave the world some of the best one-liners ever. What were they? Punchlines to comedic set-ups, but that’s not important right now… 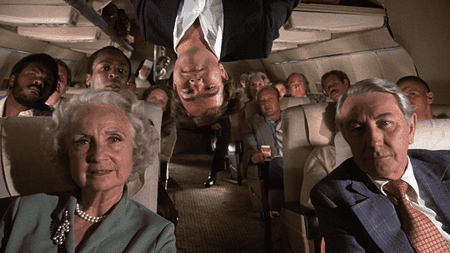 You know that brief moment when you’re buckled up, cramped in your seat and dreading the long flight ahead? It’s just then that a random thought that something terrible is going to happen is likely to pop into your head. For most people that moment passes soon enough, but what if you are convinced that something disastrous is going to happen? And so it is in this superb teen-slasher film, when a premonition of a plane crash turns into reality. That’s not even the worst bit, the ‘lucky’ survivors then have to fend off Death himself. 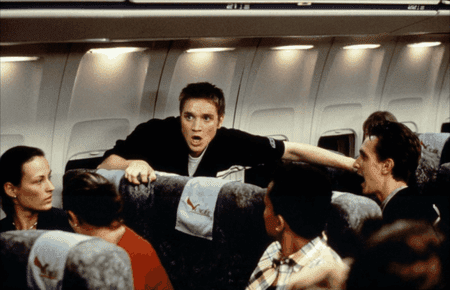 Every mother’s nightmare is played out when Kyle Pratt (Jodie Foster) wakes up from a mid-flight nap to find her young daughter missing. Worse still, no one remembers seeing Pratt with a child and she is suspected of making the whole thing up. The rest of the film descends into a largely forgettable conspiracy thriller, but those early moments will leave you in a cold sweat. 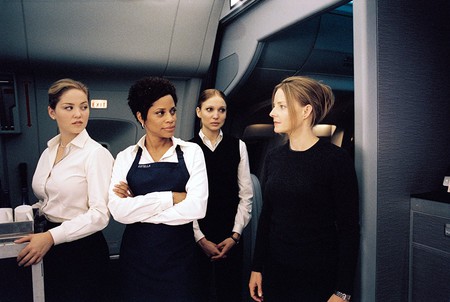 Here we are then. The title says it all. Snakes. On. A. Plane. Let that sink in for a moment… and then think about it this way: you can still watch this movie on a flight if you download it onto a tablet. What will your fellow passengers say if they take a look at your screen?! 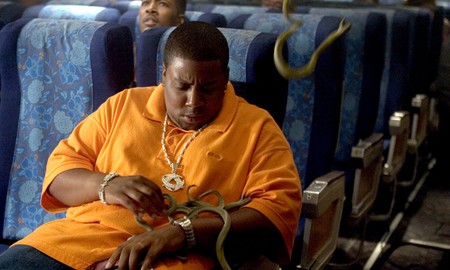 © New Line Cinemas
Give us feedback