11 Dump Month Films That Won't Be Troubling The Oscars 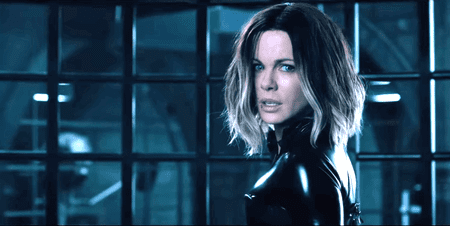 January and February are pretty depressing months, and the film industry loves adding to the misery of this period by releasing movies which they hope no-one will pay attention to. Although the films we’ve picked out below are unlikely to trouble the Oscars, there may well be some gems hidden – that fifth Underworld film could be a hit!

There are some “quality” releases in what is traditionally known as ‘Dump Month’, but these a few and far between. 2016 hasn’t exactly been a vintage year for cinema either. Sure the last few weeks have seen quality releases like intelligent sci-fi film Arrival and this week the wholly satisfying Harry Potter prequel Fantastic Beasts And Where To Find Them, but as we’re about to see, 2017 isn’t likely to get off to a flying start.

I’m not going to write this one off straight away – it does star Michael Fassbender (Shame) after all – but video game to movie adaptations do have a shockingly poor track-record. Based around the hugely popular stealth ’em up series, and directed by respected filmmaker Justin Kurzel (Macbeth, Snowtown) this movie at least has a good pedigree, if not the best of genre to work from.

Brace yourselves for the terrifying nightmare of… The Bye Bye Man? Sounding like a character from kid’s TV show, this horror is typical of the sort of film you get in the early months of any given year. Let’s not forget that we got Pride and Prejudice and Zombies in early 2016 and the dreadful Woman In Black sequel the January before.

In my long career as a film journalist, I have never seen an Underworld film. Is this latest instalment likely to tempt me out of my self-imposed protest? To be fair, it’s not because of any deliberate move on my part, I just never seem to get around to watching Kate Beckinsale strut her stuff as a vampire/werewolf slayer.

This film will see cute singing animals competing in a televised talent event… in 3D! Sold: to the desperate parents in the front row looking to entertain their little ones after Christmas holidays. Featuring the vocal talents of Matthew McConaughey (Interstellar), Scarlett Johansson (Lucy) and British star Taron Egerton (Kingsman: The Secret Service) this could be a hit in the style of Minions, and probably just as annoying.

Oh look, it’s Matthew McConaughey again, and this time he’s going method by putting on loads of weight and thinning out his luscious locks. The main cause for concern here isn’t the cast, the film also stars Bryce Dallas Howard (Jurassic World), but the general lack of buzz. Did you honestly know this film existed?

The Final Chapter. Is that a promise? Somehow this zombie/game series has made it to a sixth movie and we’re not quite sure how. Milla Jovovich (The Fifth Element) has been in from the start, but the only exciting thing about this sequel is the fantastic remix of Guns ‘N’ Roses anthem Paradise City in the trailer.

Remember when I said these months were rife with terrible horror films? Well, here is another one that looks like it will be a bit of a stinker. The original J-Horror Ringu is a classic, and spawned popular sequels as well as a great American remake, but the series has serious lost its way in recent years. At least the concept of cursed VHS videos has been updated to include the true modern day nightmare of cringe-inducing Youtube clips.

I laughed a grand total of once while watching the trailer for Who’s Your Daddy, so if you stick to the tried and tested formula of all the best bits being in the promos then things aren’t looking good for stars Ed Helms and Owen Wilson. Glen Close doing comedy might be worth tuning in for, but otherwise look elsewhere to get rid of the post-christmas blues.

Already controversial for casting Matt Damon (The Bourne Identity) in the lead role, this Chinese epic comes loaded with unwanted publicity. It does look spectacular, and director Zhang Yimou (Hero) knows how to do action, but there’s something that just doesn’t seem right with this movie.

Recently dethroned as the most viewed trailer by Beauty and the Beast, signs are that interest in this sad-masochistic romance trilogy is waning. The first film was a hit, despite overwhelmingly negative reviews, so stars Dakota Johnson and Jamie Dornan will be hoping that a Valentine’s Day release will see audiences flocking to the cinema again.