11 Bizarre Phrases About Animals From Around the World

October 4 is World Animal Day, a chance for people to show appreciation for all the living creatures we’re fortunate enough to have with us on our little green-and-blue dot. We here at Culture Trip want to support this by highlighting bizarre animal idioms. Some of these might just make a monkey’s uncle out of you.

Birds did evolve from dinosaurs with teeth, so maybe some long-dormant DNA will re-emerge. As for pigs? Pretty sure wings will never happen. In France, when something is never going to happen, this is the idiom to use.

Meaning: The person pretends to be nice, but they keep their true selves hidden

Forget cats and dogs, because this Japanese idiom has nothing to do with rain. It means somebody who pretends to be virtuous, but keeps their darker self hidden. Purring to get your hand in, and then out come the claws. Bad kitty. 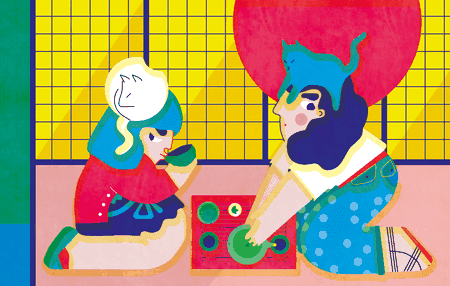 3. ‘When dogs were tied with sausages…’

Meaning: A long time ago…

It’s difficult to imagine the dogs not chewing right through their edible bindings. Maybe it means we tried to leash dogs up with intestines back when we were still learning how to keep our furry best friends nearby. Whatever the backstory, we’ve got better ways now.

In Finland, if you want to tell somebody that they’re ugly, try using this idiom, but don’t complain when they force you into a sauna to listen to death metal as payback.

This brings to mind images of horrified workers crashing through doors and windows as a marauding crocodile wriggles after them. But, for Puerto Ricans, the crocodile should be the nervous one—very nervous, actually. In English, we’d say our blood ran cold. But crocodiles… well, you know. 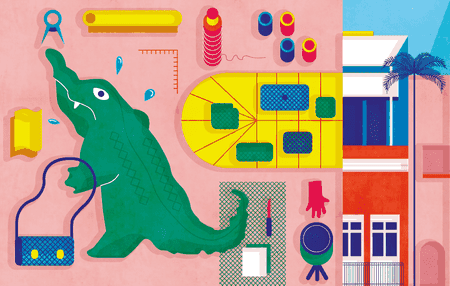 Our sympathies are with the poodle on this one. They know how hard their owners work to make those ornate balls of fur look just right, so of course they look crestfallen after getting soaked. For us humans, we also look sad and disappointed when our mascara starts to run—the horror!

You stagger up to your front door, fumbling with your keys, but it’s like docking a space station, because you’ve had way too much to drink. Uh oh. Here it comes. And splash, you’ve made the kittens all over your welcome mat.

The theme song to the TV show Cops just started playing—criminals hiding under mobile homes, and lumpy K9 officers unleashing their German Sheppards to flush them out. Maybe those officers should try a seductive complement instead, because in Latin America, setting the dogs on someone means to flirt with them. 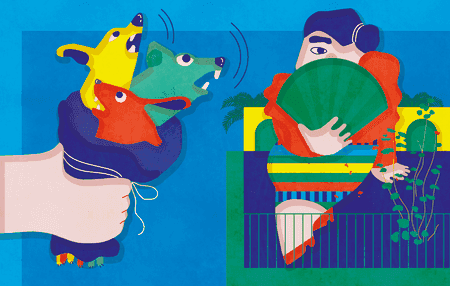 Meaning: Bringing up an old argument

Have you ever thought to push a cow off the road after settling an argument? In the Netherlands, pulling an old cow out of the ditch means to bring up an old argument. So get over it and leave the cow down there.

Meaning: To be reckless

For the Vietnamese, young buffaloes are reckless creatures. They weave erratically through traffic on loud motorbikes, get gangster tattoos, and, worst of all, they disrespect their elders. Somebody needs to teach those lumbering beasts a lesson in civility.

Meaning: Make do with what you have

And if you don’t have a cat, you hunt with whatever other carnivorous animal you can find, because in Portugal, you make do with what you have. Come to think of it, this is probably a great premise for a reality TV show.