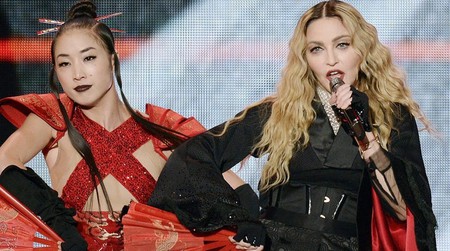 The music industry is still very much a man’s world, but women’s voices are getting louder and louder.

From Joni Mitchell to MIA, there have always been trailblazers determined to make music on their own terms – and their influence has been huge.

Here’s our round up of the most seminal albums made by women.

Often voted one of the greatest albums ever made, Joni Mitchell’s Blue is a beautiful and pensive dissection of the various emotions experienced during a relationship, from infatuation on ‘A Case of You’ to insecurity on ‘This Flight Tonight’.

Her songwriting is sparse and simple, with poetic lyrics accompanied by just a piano, guitar, Appalachian dulcimer and a pervasive sense of tender despair.

Missy Elliott has never sounded as assured and confident as she does on her third album Miss E… So Addictive. Released in 2001, she reunited with long-term collaborator Timbaland.

It’s the best one of her career so far, a thrillingly inventive tour de force that sees her switching up genres, featuring hit after hit including ‘Get Ur Freak On’, ‘4 My People’ and ‘One Minute Man’.

MIA first burst onto the scene with her debut album Arular, but it was Kala, named after the rapper’s mother, that established her as a major player on the hip hop scene.

Combining a kaleidoscope of international sounds, from dancehall, hip hop and world music to beatbox riddims, the album experiments with its many global influences while tracks like ‘Boyz’, ‘Jimmy’ and ‘Bird Flu’ are fierce and playful.

Amy Winehouse – Back to Black

Amy Winehouse’s second and final album, Back to Black, saw her move her sound away from jazz towards vintage girl groups.

The result is a powerful collection of soulful R’n’B as the singer weaves contemporary tales of heartbreak, drugs and depression.

It won her comparisons to the likes of Sarah Vaughan, Aretha Franklin and Ella Fitzgerald.

Already a huge star as part of hip hop group Fugees, Lauryn Hill’s one and only solo album was a massive hit.

The singer was showered with awards, including five Grammys, for The Miseducation of Lauryn Hill.

The modern classic bounces around from R’n’B, hip hop and soul to reggae as she explored her pregnancy at the time and tensions within Fugees alongside themes of love and religion.

It remains one of the best-selling albums of all time featuring monster hits ‘Ironic’ and ‘You Oughta Know’, the latter which has become the anthem for all scorned women.

It was met with mixed reviews when it was first released, but Madonna’s Like a Virgin has gone on to become one of the biggest-selling albums ever.

Featuring pop classics like ‘Material Girl’, ‘Into the Groove’ and, of course, ‘Like a Virgin’, it was the album that propelled her career into the stratosphere and made her an icon to young women in the 1980s.

Beyonce has produced many incredible albums during her career, but Lemonade was by far her most personal – and political.

After taking a stance on feminism on 2013’s Beyonce, she pushed things further on her follow-up visual album, taking on police brutality and what it means to be black woman.

Adele’s second album hasn’t just become the ultimate soundtrack for all lovelorn people out there, but a mega hit that smashed record after record.

Nina Simone – I Put a Spell on You

Considered one of Nina Simone’s best albums, I Put a Spell on You is a jazz masterpiece, with the singer at the top of her game.

It features some of her best-known songs including her spine-tingling version of ‘Feeling Good’.

Icelandic singer Björk’s second album Post was a reflection of her life in London at the time and British underground club culture.