10 Unusual Things To Do In Oxford, England

Oxford attracts millions of tourists from across the globe every year, drawn to see its awe-inspiring architecture, antique colleges and impressive libraries. Behind the gargoyles and gowns however, lies a quirky, unexpected Oxford adored by locals and students. We check out 10 things to do in Oxford which the guidebooks won’t cover. 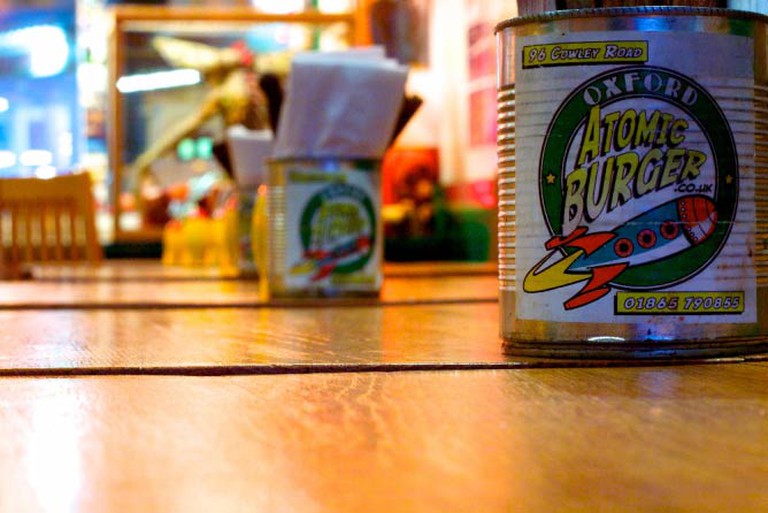 Albion Beatnik Bookstore, Oxford | © Garrett Coakley/Flickr
What better to kick start your Oxford journey than a comforting cup of tea and a good book? Located in Oxford’s trendy Jericho area, the Albion Beatnik Bookstore offers an eclectic range of titles to browse over in a charmingly quirky setting. The space is filled with cosy armchairs and mismatched mugs, which customers can choose from the shelves and fill with a leisurely cup of coffee whilst delving into an exciting new title or a well-loved classic. The bookshop also hosts a regular series of poetry readings, music evenings and literary talks, making the Albion Beatnik Bookstore a thriving hubbub of local interest and cultural activity.

Atomic Burger is both a geek and burger lover’s paradise. A far cry from the traditional pubs and upscale restaurants located in the centre of town, this Cowley-based treasure is a feast for the senses. It’s small interior is plastered with sci-fi posters, Thunderbird models hang from the ceiling, action figures peer out from corners and a screen at the back shows 80s music videos. The extravagant décor is complemented by decadent burgers with quirky themes, from the Boris Karloff build-your-own burger to the Johnny Cash topped with refried beans, hot sauce and cheese. The restaurant gets busy, so if there are no seats available head down the street to Atomic Pizza, Atomic Burger’s bigger cousin, which offers pizzas and video games as well as the usual menu.

Cowley Road is widely known as Oxford’s colourful, quirky neighbourhood filled with students, ethnic food shops and second hand shops, providing a thrifty, vibrant contrast to the traditional, solemn colleges in the city centre. Cowley has also become known for the many stunning murals that spill over its walls, reflecting the area’s bold and dynamic spirit through paint. A mural just off Cowley Road on Stockmore Street depicts a trompe l’oeil scene of a bridge leading over water to a serene temple-like building, with the sun setting dramatically in the background. Other murals use more traditional graffiti techniques to depict psychedelic, dreamlike scenes filled with colour and shapes.

One of the stranger works of public art, the Headington Shark appeared on the roof of an otherwise typical terraced house in the Oxford suburb of Headington on the 9th of August 1986. Commissioned by the home’s owner Bill Heine, a local radio presenter, and designed by sculptor John Buckley, the 25 ft long shark body and tail diving head first into the roof of the house was intended to dramatically reflect the feelings of fear, desperation and helplessness caused by nuclear attacks and accidents, such as those of Nagasaki and Chernobyl. The shark caused great controversy when it first appeared, particularly for the Oxford City Council, but has been allowed to remain and is now a beloved local landmark.

A favourite amongst students and locals, Port Meadow offers all the advantages of the countryside, fresh air, beautiful wildlife and excellent country pubs, just a few minutes walk from the city centre. Running alongside the River Thames northwest of Oxford, the large, flat meadow is filled with gentle grazing cows, wild ponies and all manner of birds, particularly surrounding its marshy areas, making it the perfect retreat for wildlife and outdoors enthusiasts. The meadow also affords excellent views of Oxford and its dreaming spires in one direction and spectacular sunsets in the other, with two cosy pubs, The Perch and The Trout, for refuelling between long walks.

Oxford is an established dramatic centre, with a range of well-known theatre companies and theatres, including the impressive New Theatre and the smaller Oxford Playhouse. For those interested in drama however, the university’s student productions are not to be missed. Both the University of Oxford and Oxford Brookes hold regular productions throughout the town, from small theatres such as the Oxford Playhouse to within the colleges themselves. Although tickets are usually priced very cheaply, the quality of these productions is high, with great emphasis on talent, freshness and experimentation. Enquire at the Oxford Visitor Information Centre, or at specific universities or colleges for details of upcoming productions.

Oxford’s first and currently only board game café, Thirsty Meeples offers two menus, one for food and drink and one for its collection of over 2000 board games. The café is designed around making the business of game-playing as easy and comfortable as possible. Each player pays a small charge and is then free to play as many games as they like for up to three hours. Staff are on hand to give expert advice and guidance and to serve tables so that players need never abandon their game. The café is now also licensed and open most nights until midnight, making it the perfect spot to curl up on a cold winter’s evening and spend a cosy few hours with friends.

A veritable Aladdin’s cave of treasures, Unicorn is a staple of Oxford’s quirky vintage scene. The interior is small, barely admitting more than three or four people at a time, instead, the space is almost entirely filled with stacks of clothes and piles of vintage accessories and shoes. Frilled petticoats, structured waistcoats, 1950s tea dresses and sequined shirts are mixed up together with little order, making Unicorn the ideal shop for the adventurous and determined rummager, and the preferred location for many an amateur Thespian searching for their latest costume. 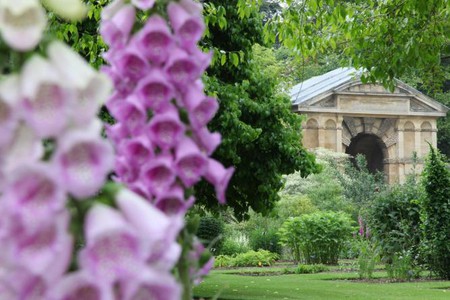 The University of Oxford’s Botanic Garden is one of the city’s most beautiful spots. Despite being located just opposite Magdalen College and the hustle and bustle of the High Street, the gardens are a secluded, peaceful corner of the city filled with rows of blooming flowers, exotic plants in greenhouses and towering trees. The garden is also noteworthy for its roots in Oxford’s literary culture. One of the greenhouse roofs is easily recognisable in an Alice in Wonderland illustration by John Tenniel and the gardens themselves are said to have been a great inspiration to Lewis Carroll while writing. The Botanic Garden played a key part in Phillip Pullman’s His Dark Materials trilogy. The famous bench featured at the end of the novels can be found at the bottom of the Garden, carved with the protagonists’ names.

Cemetery
Facebook
Email
Twitter
Pinterest
Copy link
Share
Map View
On the northern outskirts of Oxford, close to the suburb of Wolvercote, lies Wolvercote cemetery, one of the main cemeteries serving the town. The cemetery contains the final resting places of several key Oxford academics, including the influential 20th century philosopher Isaiah Berlin, the renowned Middle East historian Albert Hourani and the quintessential Oxonian J.R.R. Tolkien. Tolkien is buried alongside his wife, Edith Tolkien, as well as their names, the gravestone bears the inscriptions Beren and Lúthien, characters whose love affair is told in Tolkien’s The Silmarillion. Next to the grave are tokens left by Tolkien fans, including letters of gratitude and admiration and small character figurines, making Wolvercote Cemetery the ideal destination for any Middle-Earth enthusiast.
Give us feedback