10 Unmissable Book Sagas To Delve Into 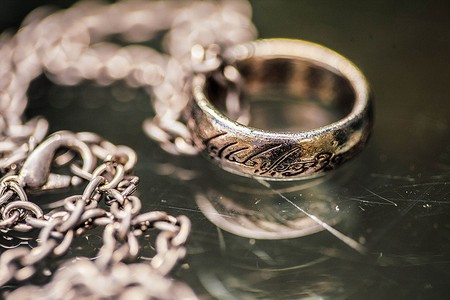 Ring from The Lord of the Rings, Image Courtesy: Sonny Abesamis |© Global Panorama/Flickr

There’s rarely an experience more exciting than exploring the same literary universe in the course of several books, learning something new and interesting every time a new adventure unfolds within the narrative. Be it fantasy worlds, family sagas, or war adventures, we look at 10 of the best book series in which to immerse yourself, familiarising yourself with all your favourite characters and memorising little pieces of trivia about the fictional world they inhabit. 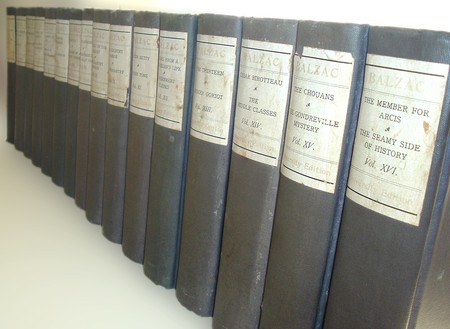 1901 edition of The Works of Honoré de Balzac, including the entire Comédie humaine | © Scartol/Wikicommons

An enormous collection of interlinked stories and essays, this ambitious oeuvre was Balzac’s attempt to investigate the intricacies and complexity of human personality, reaction and interaction in 19th century France. Not a ‘series’ in the strictest sense of the word (though characters do recur in several novels), the scope of La Comédie Humaine has made it a cornerstone masterpiece in the development of Literary Realism. Including ‘Studies of Manners’ such as ‘Father Goriot’ and ‘Cousin Bette’, ‘Philosophical Works’ like ‘The Wild Ass’ Skin’, and ‘Analytical Works’ like ‘Physiology of Marriage’, La Comédie Humaine is a triumph of French Realism. 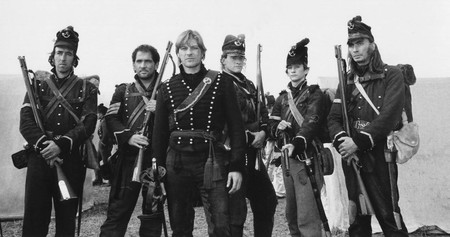 Before Cornwell wrote The Saxon Stories (from which the acclaimed BBC series The Last Kingdom was adapted), he first found fame through his enduring Sharpe novels, which followed soldier Richard Sharpe’s adventures in the British Army during the Napoleonic Wars. Struggling with class boundaries and internal politics, Sharpe is described as a ‘loose cannon’ who resourcefully manages to survive all the horrors of war. Cornwell’s series is a fascinating study into the Napoleonic Wars itself, and the events are told such in a lively and engaging prose that it is difficult to recall where facts end and fiction starts! 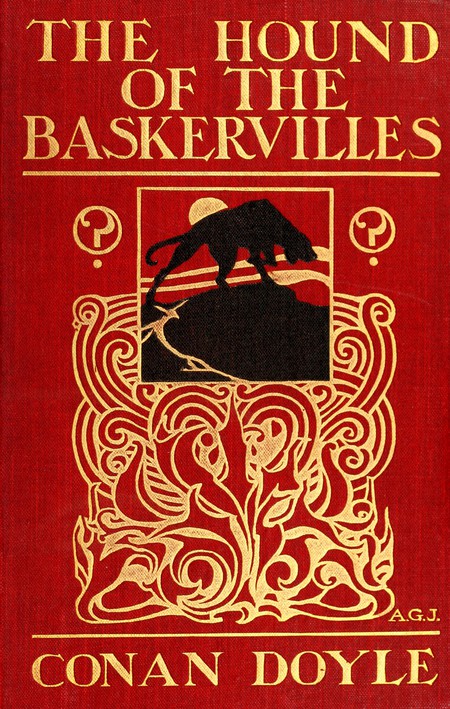 The Hound of the Baskervilles by Arthur Conan Doyle. London: G. Newnes, 1902. First English edition. | © The Special Collections of the Toronto Public Library

A large collection of short stories and novels centering around Holmes’ (the first consulting detective!) detective cases, rather than a formally structured series, these stories detailing Holmes’ professional life have provided us with some of the most innovative and entertaining stories ever to appear in Detective Fiction. From large supernatural beasts to plaster busts of Napoleon – be it mysterious orange pips received in the post or lustrous pearls – Doyle has been very effective in capturing the world’s imagination, and it is often with disappointment when we are reminded that Holmes is a fictional character.

Map of Narnian world as described in The Chronicles of Narnia by C.S. Lewis | © David Bedell/Wikicommons

The Chronicles of Narnia by C.S. Lewis

The most popular fantasy work by C.S. Lewis, The Chronicles of Narnia has become an unforgettable classic of Children’s Literature. Relating the adventures of various children who manage to stumble upon the fictional world of Narnia accidentally (most famously through a wardrobe in The Lion, The Witch and The Wardrobe!), the series is thoroughly entertaining through its proliferation of mythical beasts, talking animals, and magical objects. Nevertheless, Lewis is successful in using this medium of storytelling to weave an extraordinarily powerful narrative of faith, sacrifice and family, making it as much a series for adults as it is for children. 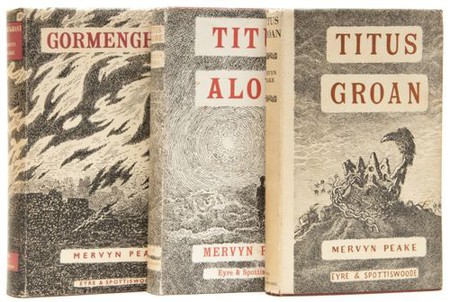 Drawing heavily from Regency and Gothic literature, this underrated fantasy of manners does not actually contain any magical or paranormal elements. Taking its name from the remote earldom ‘Gormenghast’ which provides the books’ setting, the novels focus more on Gormenghast itself than on any protagonist (in a way comparable to Hugo’s Notre Dame de Paris). Describing, through the series, the birth and development of the heir Titus Groan, which runs parallel to the political rise of Steerpike, the series is a valuable read, as it offers a perceptive examination of the themes of social duty, madness, and personal freedom. 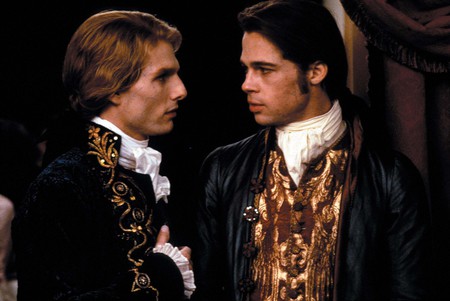 Interview with the Vampire starring Tom Cruise as Lestat and Brad Pitt as Louis | © 1994 Warner Bros./triciawellread

The Vampire Chronicles by Anne Rice

Written by one of the most successful American writers in recent history, The Vampire Chronicles is perfect for those with a predilection for Gothic literature. Though it focuses on aristocrat-turned-vampire Lestat, Rice explores the lives of all her vampiric subjects with sensitivity and skill, using them as a metaphor for ‘lost souls’. The universe she has crafted is so rich and complex that you cannot help but be enthralled from the first page. To date, The Vampire Chronicles has a total of 11 books, as well as two ‘spin-offs’ which are part of the series ‘New Tales of the Vampires’. 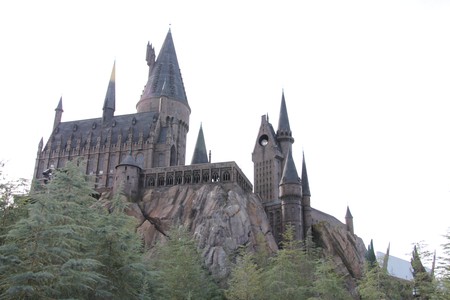 Hogwarts Castle at the Harry Potter and the Forbidden Journey amusement ride in the Wizarding World of Harry Potter at the Islands of Adventure amusement theme park at Universal Orlando in Orlando, Florida. | © David R. Tribble/Wikicommons

It would certainly be difficult to find an aspect of popular culture which has not felt the influence of Harry Potter. Chronicling the life of Harry Potter – a boy wizard known for surviving the Dark Wizard Lord Voldemort’s attack – through his school years, the magical universe created by Rowling is absolutely amazing through its unparalleled detail, including Quidditch, Chocolate Frogs, and Platform 9 3/4 ! Appealing to all readers of all ages, this truly magical series will be sure to captivate you from start to finish. 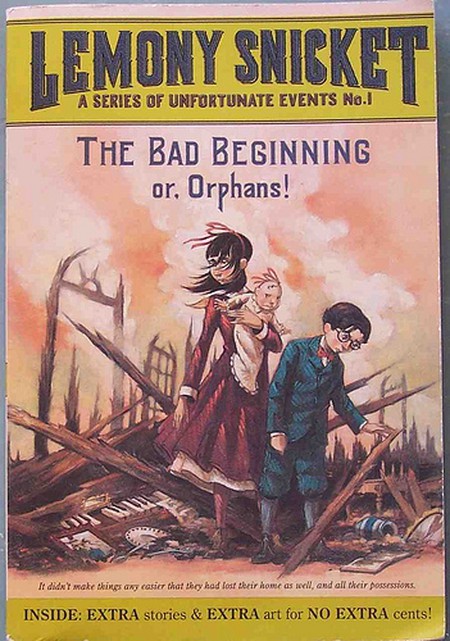 Lemony Snicket's The Bad Beginning, the first book in the series. | © Chris Drumm/Flickr

A Series of Unfortunate Events by Lemony Snicket

Much as the name suggest, A Series of Unfortunate Events recounts the lamentable trials and tribulations of the Baudelaire orphans, who are trying desperately to escape from the danger posed by their relative Count Olaf, an avaricious fortune-hunter. Distinctly black in its humour, digressive in its narrative, and unquestionably melodramatic in its accounts of woe and despair, the series is an utterly enjoyable read, peppered as it with literary references, in-jokes, and constant expressions of love for the mysterious Beatrice, Snicket’s ‘lost love’ who is clearly inspired by Beatrice Portinari herself, Dante’s soulmate in The Divine Comedy.

Ring from The Lord of the Rings, Image Courtesy: Sonny Abesamis | © Global Panorama/Flickr

The Lord of the Rings by J.R.R Tolkien

One of the most enduring high fantasies ever, The Lord of the Rings, filled with epic battles, exciting adventures, and marvellous characters, has become a literary giant. However, focus has been on The Hobbit and The Lord of the Rings, though his posthumously published ‘Middle-earth’ works also include The Silmarillion, and The History of Middle-Earth. This enormous tome of tales, histories, and poems gives a new insight into Middle-earth, allowing readers to relive the magic all over again! All of Tolkien’s ingenuity and creativity can be felt through these works, and reading them is certainly a rewarding and worthwhile experience. 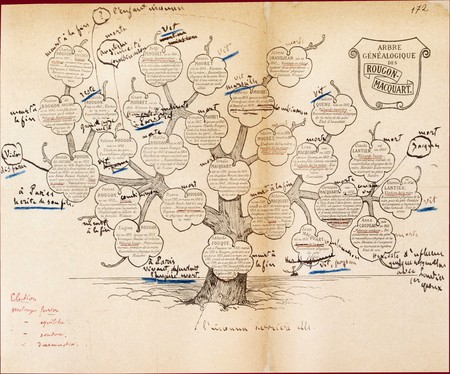 Modified family tree for the Rougon-Macquart. This is the last tree drawn by Zola. It is part of the preparation work for the novel Le Docteur Pascal. | © Émile Zola/Wikicommons

A collective title given to the cycle of twenty novels, this epic follows the ‘natural and social history’ of two families in France under the Second Empire. Spanning generations, the cycle attempts to understand the genetic and environmental factors which serve to shape human personality and action. Heavily influenced by Balzac and Darwin, Les Rougon-Macquart is a fantastic investigation into heredity, societal corruption and criminality, in a prose that is incredibly evocative and powerful. Notable works within the cycle include L’Assommoir, Germinal, and Nana, all of which focus on the Macquart descendants as they descend into penury through excess and alcoholism.