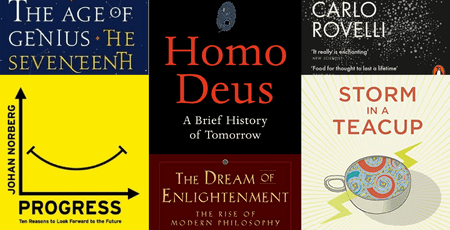 Looking for a present to give the smartest person in your life? Or simply an informative read to lay on your third uncle so he can tell you all about it when you next see him (which will be in a year, if we’re being honest)? Rest easy, we got you: Informative, intelligent, and liable to change your perception of life, these books are the gifts that keep on giving… And if they never get read, we promise that at the very least they’ll also look entirely presentable on the bookshelf. 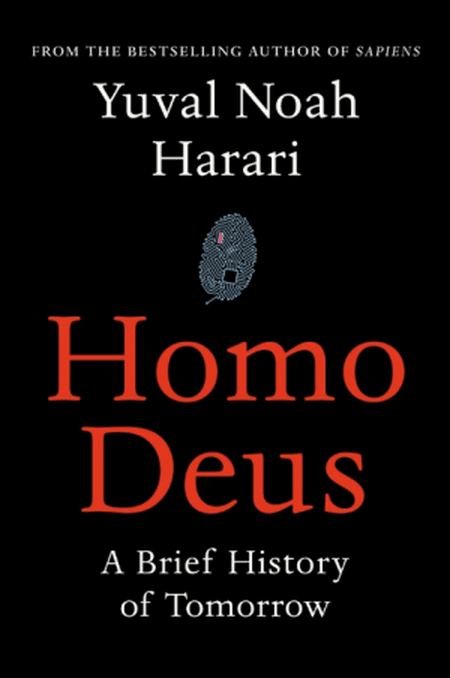 Bestselling Israeli historian Yuval Harari, known for Sapiens: a Brief History of Mankind (released in English in 2014), returned this year with a new title (barely), which argues that humanity is poised to re-engineer itself as a new species—separating the human mind from its biological base. Sci-fi never was so convincing. 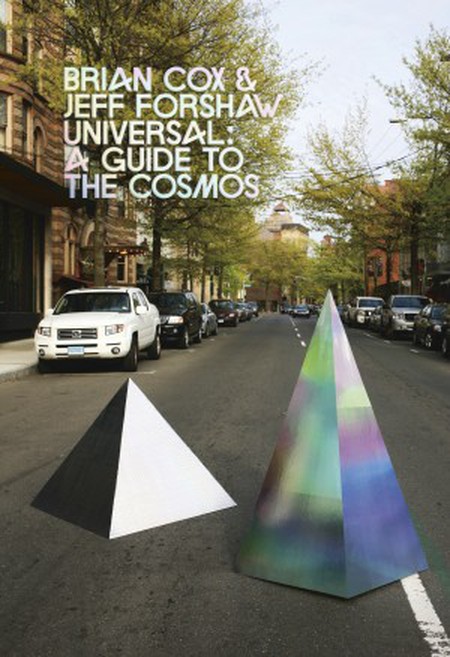 Universal: A Guide to the Cosmos

You can’t get more pop science than Brian Cox, he’s the English physicist who’s made BBC scientific programs sexy again. His latest book, co-authored by Jeff Forshaw, delves into the evolution of scientific understanding of the universe, and is replete with pretty pictures, diagrams, and mathematical equations. Be careful, though, in a bid not to be patronizing, this book refuses to shy away from complex science. 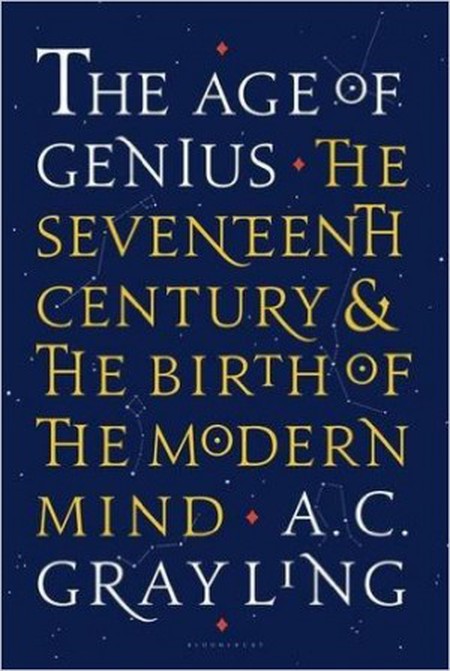 The Age of Genius: The Seventeenth Century and the Birth of the Modern Mind

Popular philosopher, polemicist, and generally articulate individual A.C. Grayling published The Age of Genius this year, a convincing argument on the supreme importance of the 17th century in shaping our modern world (hint: it’s where the secular, humanist mindset was born). An enlightening read, then. 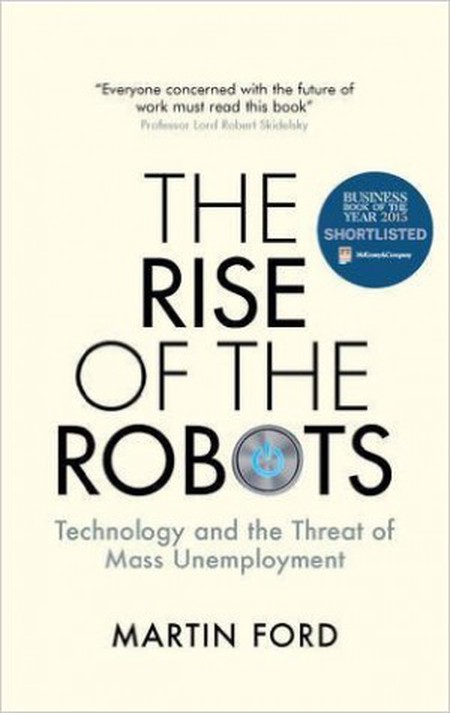 The Rise of the Robots: Technology and the Threat of Mass Unemployment

Because not all possible futures are pretty, futurist Martin Ford’s The Rise of Robots is keen to remind us that the increased automation of the workforce could have some seriously awful consequences on our society—including (you guessed it) catastrophically high unemployment. To gift the annoying optimist in your family. 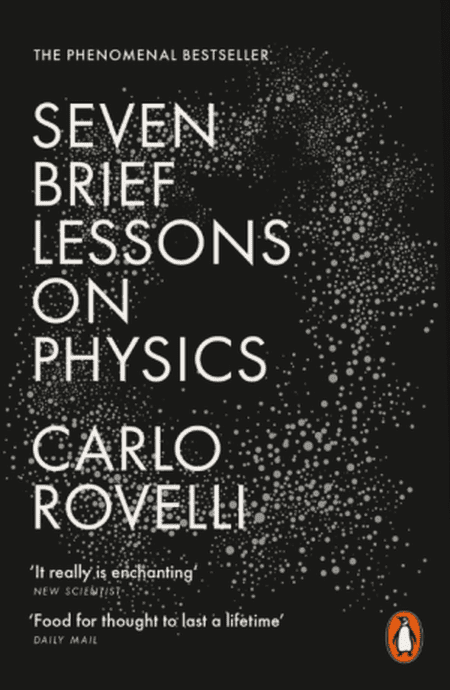 Theoretical physicist Carlo Rovelli has written a short, strange book on physics—more a guide to the beauty of scientific revelations (past and present only exist when there’s heat, etc…) than a straightforward guide to them. Still, though, the prose is clear, and the insights are marvelous. 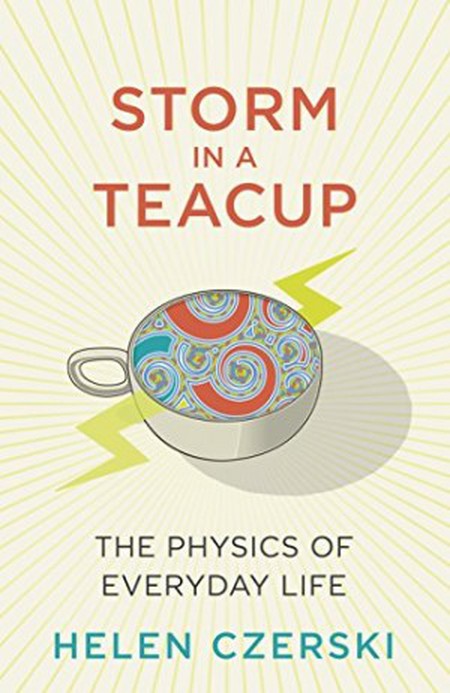 Storm in a Teacup: The physics of everyday life

Why doesn’t ketchup fall straight down on your plate when shake the bottle? Why does air smell different when it’s about to rain? All these questions, and more, are used by physicist Helen Czerski to dive into her profession in a well-written, witty description of the physical phenomenons that rule our daily lives.

Ethics in the Real World: 82 Brief Essays on Things That Matter

Superstar philosopher (well, as much of a superstar as philosophers can get) Peter Singer brings his theoretical understanding of morality to bear on 82 different ethical question, covering everything from smoking bans to the question of whether anything actually matters. Probably the most useful book on this list. 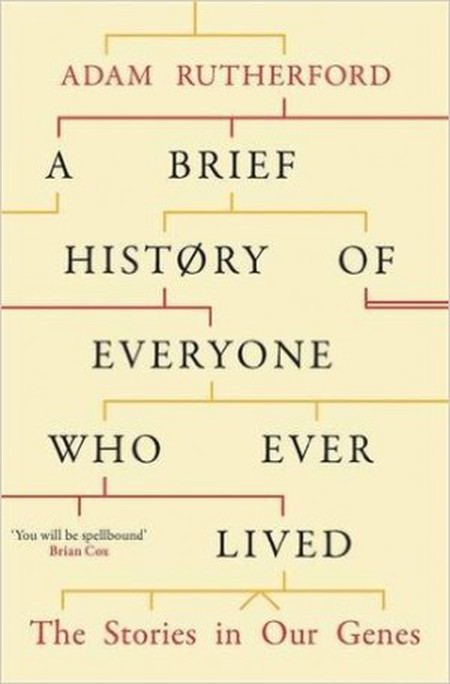 A Brief History of Everyone who Ever Lived: The Stories in Our Genes

If questions like “what are we doing here” should be left to philosophers, ones on how we got here could well be answered by geneticists. That is precisely what Adam Rutherford aims to do in his fascinating new book, revealing what our genes say about our history, all the while answering other important questions such as: why redheads? 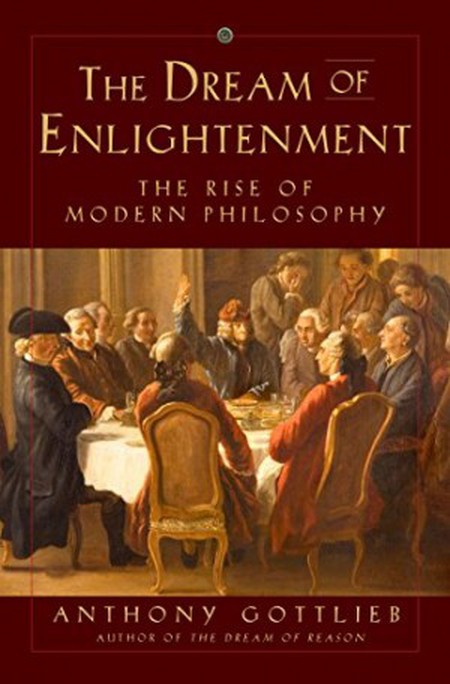 The Dream of Enlightenment: The Rise of Modern Philosophy

With this sequel to the acclaimed The Dream of Reason, British writer, journalist, and historian Anthony Gottlieb examines the thought of various figures that made the Enlightenment: Descartes, Hobbes, Spinoza, etc… A must-read for anyone interested in the development of human thought. 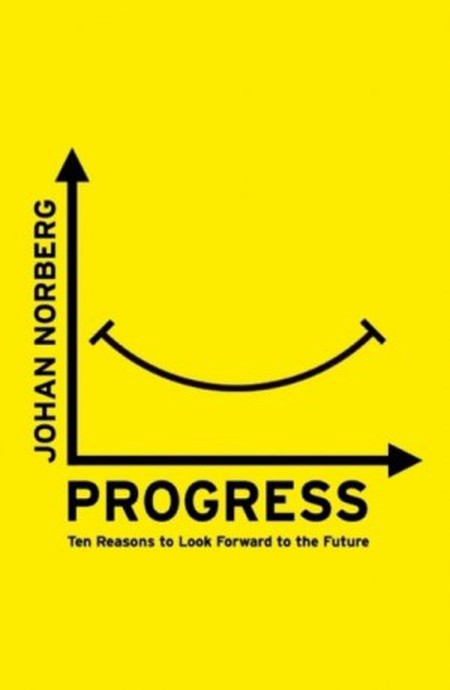 Progress: Ten Reasons to Look Forward to the Future

2016 sure burst the bubble of glib Western happiness, and we know a lot of you may be feeling down about the political state of our dear, dirty, and increasingly authoritarian world. It is to remedy those dark thoughts that the Swedish author and historian Johan Norberg — a fellow at the libertarian Cato Institute (worth pointing out, in case any of you thought our good man was operating in any way close to the real world) — could be of help. His new book makes the convincing case that humanity never had it better. We’re not still unsure about the future, though.