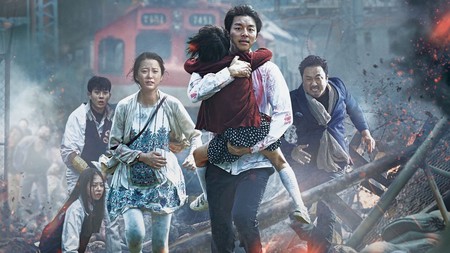 One of the more unlikely – but deeply gratifying – success stories in recent years has been the growing popularity of South Korean cinema outside of its native country. Popularly known as the New Wave, the movement gave birth to a number of startlingly original, daring films in the 2000s. It launched the careers of directors like Park Chan-Wook and Boon Jong-Ho, now in-demand auteurs whose names alone indicate a compelling viewing experience.

South Korea is a nation which is perpetually on the edge – never more so than in the present day – as the threat of devastating conflict always looms. This tension is reflected in the country’s movies, which depict extreme emotional states and are characterised by either thrilling action scenes or horrific violence (and very often both in the course of the same film).

While the South Korean New Wave takes some queues from Western cinema, it is totally unafraid to subvert the formula. Suffering is rife and happy endings are by no means guaranteed. Below are the 10 films which make for essential viewing.

Before he blew the minds of audiences worldwide with his breakout feature Oldboy, Park-Chan wook made a big splash with this, his fourth film as director. JSA is a murder mystery set in one of the most dangerous places on earth – the demilitarised zone separating North and South Korea. An incident leaves two border guards dead and another wounded in a watertight thriller that makes expert use of the ever-present tension between the two nations.

A more brutal take on that ever popular Hollywood trope, the serial killer movie. Director Kim Jee-woon takes the viewer on an unforgettable, stomach-churning chase as a security agent who pursues the serial killer who murdered his fiancee. Shockingly violent, it’s a film that has much to say about what the ways in which the need for revenge can erode the human soul. Be warned; this one will stay with you long after the credits have rolled.

Not just a great Korean film, but also one of the best horror-thrillers of the last ten years, with a premise so ingenious you wonder why no-one brought it to the screen earlier. A divorced salaryman escorts his young daughter from Seoul to the coastal town of Busan to visit her mother. Somewhat inconveniently, the train pulls away in the opening hours of a zombie outbreak, and some unwanted passengers turn the commute into hell on earth. Yeon Sang-ho had made a number of animated and short films before this, his live action debut. His action movie chops are fearsomely accomplished, using the vehicular setting as a sort of mouse trap for our protagonists. You will be on the edge of your seat until the very last second of the film.

A love letter to spaghetti westerns and screwball action comedies, courtesy of arch genre-splicer Kim Jee-woon. The setting is Manchuria, a few months before the onset of World War II. Echoing the most well-known works of Segio Leone, a bandit (the Bad), a bounty hunter (the Good) and a thief (the Weird) are all in pursuit of a map to a whole heap of treasure, crossing paths with Manchurian bandits and the Japanese army en route. A relentlessly thrilling piece of popcorn fun.

By this point the onslaught of action and horror may feel a tad overwhelming, so why not change the pace with this romantic comedy-drama adapted from the Japanese film Crying Out Loud in the Center Of The World. A touching story of love between two high schoolers, the movie wears its heart on its sleeve and is date movie material of the highest order.

Bong Joon-ho (last seen helming the Netflix exclusive Okja) directs this stunning monster movie set in present-day South Korea. A schoolgirl is abducted by a repulsive creature and her dysfunctional family must set aside their differences to team up and save her. Along the way, the film takes sideswipes at American imperialism and South Korean government bureaucracy, complete with one of the most genuinely nasty monsters seen in recent cinema.

Horror of a more subtle variety than the likes of The Host, but no less powerful. The film is adapted from an old Korean folk tale, and its story concerns a recently-released patient from a mental institution who returns home with her sister, only to confront a spectral entity in the family home. Mixing drama and suspense with goosebumps, it received an insipid remake in the United States a few years ago. The original is completely untouchable.

A true original that throws together horror, comedy, science fiction and drama to make up an unforgettable cinematic stew. A pharmaceutical executive is kidnapped by a man who appears mentally unstable, and what comes next is a celluloid roller-coaster unlike anything you’ve ever seen. So inventive it beggars belief, and a magnificent showcase for writer-director Jang Joon-hwan, this is what happens when a storyteller is completely unafraid to challenge story-telling convention.

The greatest Korean movie ever made, from a director who is now the gold standard for cinema in his country. Park Chan-wook’s dark action thriller became a viral sensation when it began screening outside of Korea, and with good reason. Based on the Japanese manga, it follows a man imprisoned for 15 years without reason before being inexplicably released and given the opportunity to find his captors. Little else needs to be said about this film, other than that it holds up to multiple viewings and is a towering achievement for Asian cinema. That corridor fight scene is still one of the most incredible sequences ever put to film.