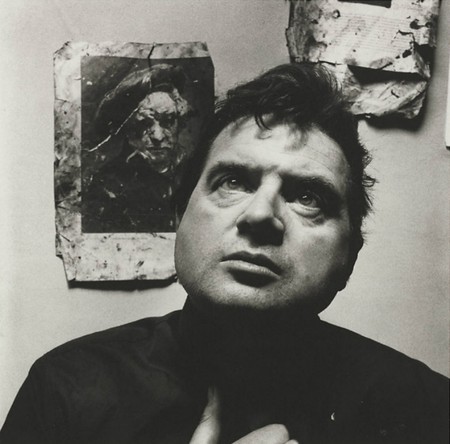 That the British people have artistically influenced and defined the wider world is beyond doubt, but many of its most eccentric and creative persons have yet to be rewarded with the fame they deserve. Here we take a look at some of the best British artists from the last 100 years whose visionary output deserves recognition.

The gifted London-born painter and collage artist is widely regarded today as one of the fore-founders of the Pop Art movement, which would achieve global success from across the Atlantic, due largely to Hamilton’s early influence. Leaving school with no qualifications to his name, his Just What Is It That Makes Todays Homes So Different, So Appealing exhibition in 1955 silently heralded an explosive shift in Western Art and culture that we are still adjusting to 60 years later. 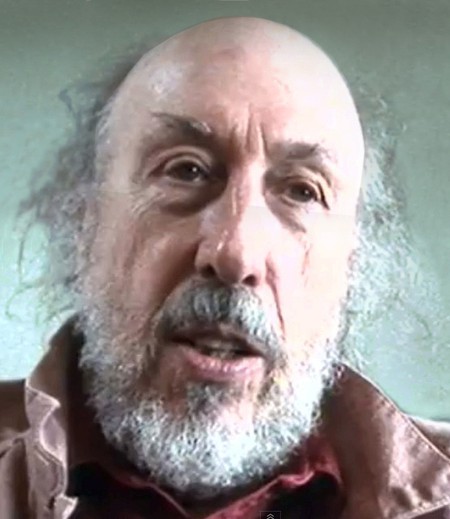 Ayers remained for some time something of an outsider to the abstract British art movement but has of late gained the recognition she richly deserves. Her early work featured thinly applied vinyl textures arranged almost mathematically; setting her apart from the burgeoning 60s Pop Art movement. However, over time her work transmogrified into a blaze of highly vigorous colour, employing thick impasto and large bold shapes which echoed Picasso, but in her own highly individual way, as well as heavily embossed prints. A true pioneer in terms of the use of materials and their application, she has worked tirelessly experimenting in all aspects of abstraction. A Turner Prize nominee, she remains one of our most important female British artists. 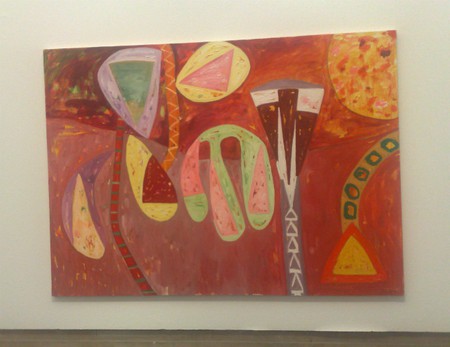 'Sang The Sun In Flight' by Gillian Ayres | © sara~/Flickr

Bacon occupies a special place in British art since his work – which favours the unflinchingly grotesque — is instantly recognisable and has influenced a whole generation of artists. It wasn’t until his late 30s that he admitted to getting down to some ‘serious’ painting and his breakthrough work Three Figures At The Base Of The Crucifixion, although causing the establishment to recoil at its imagery, cemented his reputation as a major force to be reckoned with. Given to proffering a bleak existentialist outlook on life he was nonetheless a highly articulate and charismatic bon viveur whose output was huge and has commanded the highest prices yet recorded for a British artist.

John Egerton Christmas Piper was born in the early 1900s and initially as a painter explored what was considered the new direction of abstraction. However, early on in his career he turned his back on such a path and formed his defined figurative style, which bears his unique hallmark scale and line. An official war photographer in WWII, he experienced war first-hand, which shaped his career and his paintings of bombed churches – the detritus of war occupy a special place in the depiction of the terror of war. From this work he moved into stained glass and his towering 50s work The Baptistry Window, commissioned for the new Coventry Cathedral after its obliteration from bombing during the war is a testament to his vision. 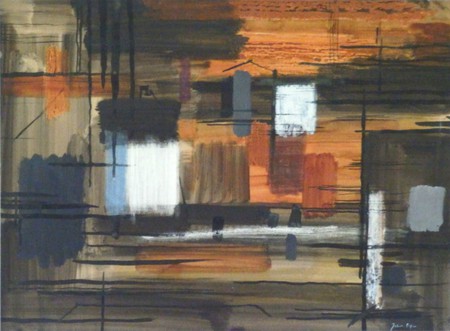 John Piper The Town On The Hill (1954) | © Fillthemill/WikiCommons

Bradford’s finest has now returned to life in Bridlington, Yorkshire after spending half of his adult life living Stateside, largely in California. It was his technicolor depictions of everyday California life that thrust him Main Stage into the 60’s Pop Art arena. Hockney proved no faddist and has manoeuvered effortlessly up the ranks through his consistent and huge engagement with the everyday, to rest somewhere near the top of the all-time pecking order. 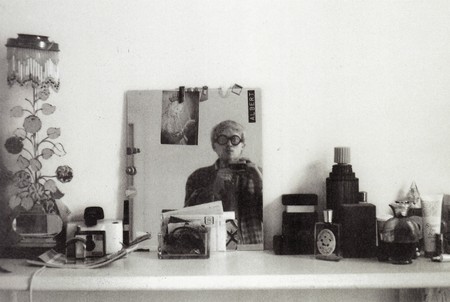 Over a long and distinguished career, Blake has attained almost iconic status in the pantheon of British art, having been at the forefront of the 60s Pop Art movement, which spurned a whole school of innovative British artists. He’s perhaps most well-known for originating the cover of The Beatles album ‘Sgt Pepper’s Lonely Hearts Club Band’ (as well as other album covers, such as Oasis’s ‘Stop The Clocks‘); but his work, although heavily graphic-based, uses form and colour in a highly original painterly way which formed a new language during the 60s, drawing from magazine and filmic imagery. His use of flat colour and line both exemplifies and describes his work whilst demonstrating his fine detailed draftsmanship. He would also play on the work of other artists such as Kenneth Noland and Jaspers Johns, almost as a personal signature. Now in his eighties and described as the “Godfather of British Pop Art” he continues working as vigorously as ever. 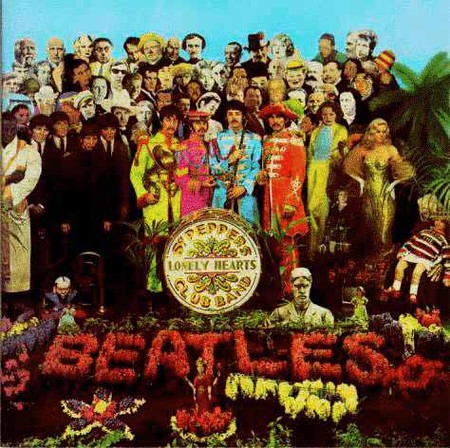 By the age of 53, this Leeds educated, Castleford-born son of a coal miner was turning down a knighthood. By the late 1940s Moore was a world famous celebrity artist, casting a heavy shadow over many of his contemporaries and those who would follow in his wake. The abstract Mother and Child, works most commonly associated with Moore are brooding and intense and continue to be a source of huge influence. A colossus of creative endeavour whose enigma looms large . 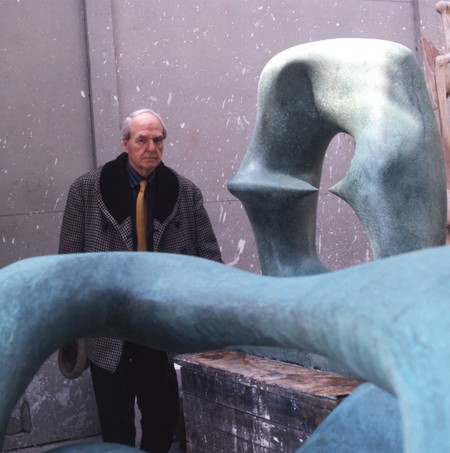 If ever there was a case of ‘what might have been’ it can be applied to the painter Pauline Boty. A highly gifted artist she was very much part of the frenetic ‘Swinging 60s’ and wholeheartedly embraced its sexually liberated culture. She was also an actress and broadcaster. An exceptionally beautiful woman (a facet whose critics would later cite as a negative to slate her work) she stood shoulder-to-shoulder with the likes of Hockney and Blake; and amongst her output completed a work drawn from photographer Lewis Morley’s iconic work depicting Christine Keeler who was at the centre of the 60s Profumo scandal. Art historians have been trying to locate it ever since it was ‘lost’ and disappeared in mysterious circumstances. Like the artist herself who was ‘lost’ to painting having died at the tragically young age of 28. What might have also blossomed had she lived we will never know. 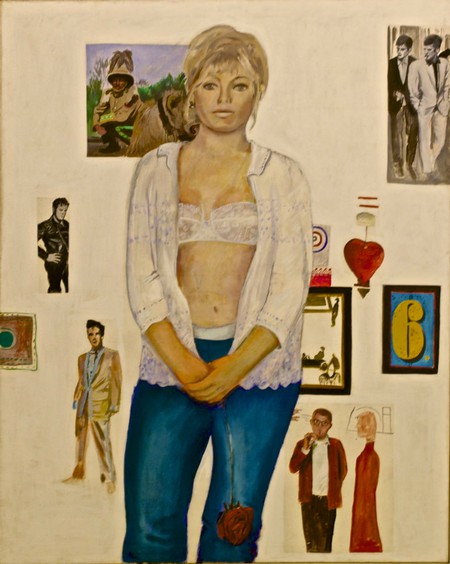 Painter Lucian Freud has been described as ‘an acquired taste’ given the fact that his work, which draws both from German Expressionism and Surrealism is fairly drained of colour and bleak in outlook. However, what is undoubted is his supreme grasp of perspective, figurative narrative and matchless style. Favouring the nude, he worked with layers of pigment over a long intense period of time and demanded much from his sitters. One of his later works Benefits Supervisor Sleeping caused controversy but drew into sharp focus an important debate of what is beauty and how is it, and how should it be portrayed. A debate that continues to this day, being at the very heart of portraiture and its depiction of the nude. 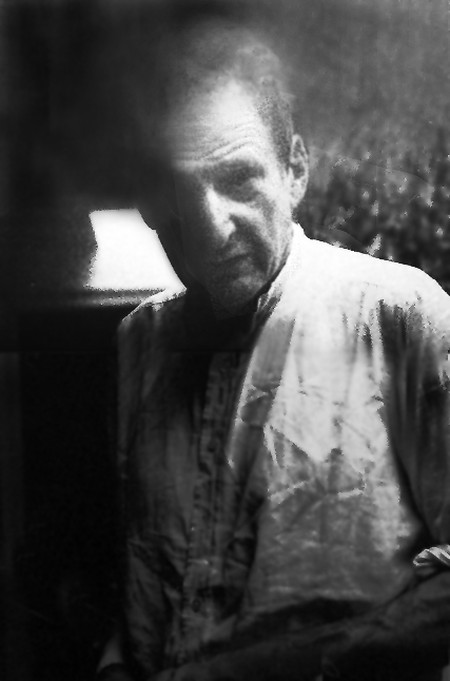 Like Moore, Hepworth originates from Yorkshire (Wakefield to be exact). After graduating from The Leeds School of Art in the 1920’s Moore and Hepworth soon developed a friendship, which would see them spearhead the new movement associated with direct carving. From here, Hepworth developed alongside husband Ben Nicholson into more abstract works, which became the abiding direction of her work – epitomised by her pioneering piercing of the block, coinciding with experiments in collage, photograms and prints. One of the great unsung 20th century talents. 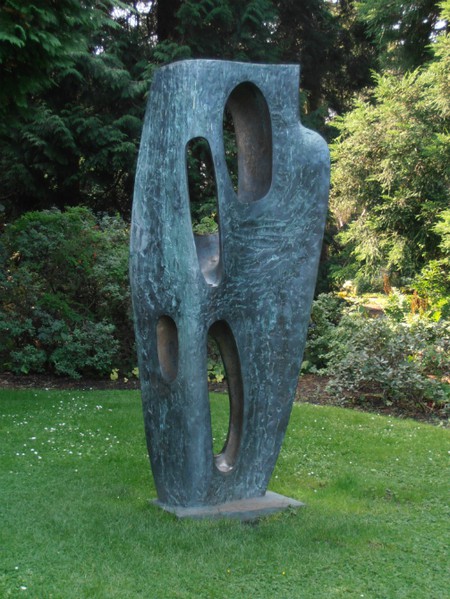