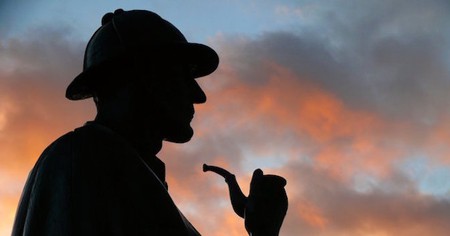 Filled with red herrings, smoking guns, and false alibis, mystery has long been a popular aspect of modern literature. What with the proliferation of detective fiction and detectives on television and in literature, from A Touch of Frost to Endeavour, including Marple and Shardlake, mystery is now more relevant than ever! Here’s our list of the most famous detectives from books. 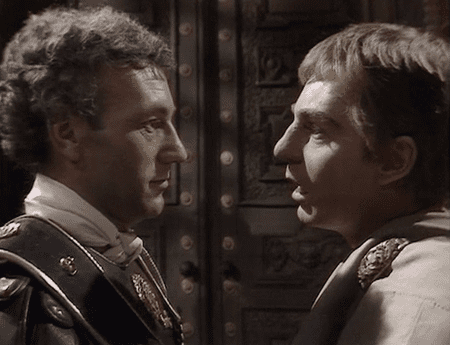 A monk living during the Anarchy (the period of unrest in the mid-12th century due to the power struggles between King Stephen and Empress Maud), Cadfael offers something a little different from the 20th-century gentleman detective. An unusual combination of sensitivity and shrewdness, Cadfael, before converting to monasticism, was both a soldier and sailor, enabling him to have astonishing range of skills that become useful for crime-solving. The Cadfael Chronicles are not only exciting but also seminal, as they popularised the historical murder mystery, thus blazing a trail for writers such as Sansom and Parris.

A late example of the Golden Age staple of the gentleman detective, Dalgliesh has been the protagonist in fourteen James mysteries and also had a starring role in two novels featuring Cordelia Gray (P. D. James’ other detective), many of which are thought-provoking and haunting studies of human psychology and the nature of justice. An intensely private and erudite individual, Dalgliesh is well known for composing poetry (much of which has been published!) and, despite his introversion, being considered attractive to women who, in an allusion to Mr Darcy, describe him as ‘tall, dark, and handsome.’ 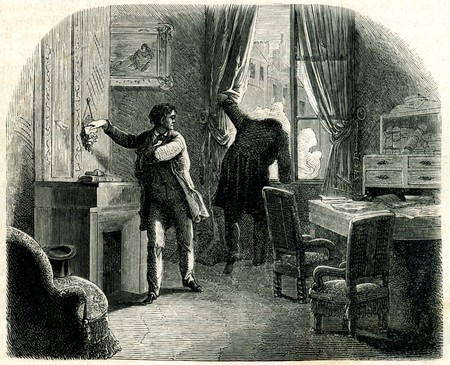 Illustration to "The Purloined Letter" by E. A. Poe. | © Frederic Lix/Wikicommons

Though Dupin is not featured in as many stories as his counterparts, this creation of the infamous Edgar Allan Poe plays a pivotal role in the evolution of detective fiction — as The Murders in the Rue Morgue, in which he first appeared, is widely considered to be the first detective story. Characterised by his almost superhuman abilities of deduction and understanding of criminal psychology, Dupin was, indeed, such an innovation that he was actually created even before the term ‘detective’ was coined, and his character thereby created a model on which other works of detective fiction were based.

Musician with tympanon. Detail of a roman mosaic of a street scene with musicians from the Villa del Cicerone in Pompeii. Ther mosaic is signed by Dioskurides of Samos. Museo Archeologico Nazionale (Naples). | © Mikimoss/WikiCommons

Though Falco was created by Lindsey Davis using the concepts of the modern detective novel, Falco actually serves as the protagonist of a series of historical mysteries set during the rule of Vespasian. Considered to be a ‘delator’ (a ‘private informer’) of plebeian rank, Falco navigates his way through investigations of trading conspiracy, treason and vengeful murder, some of which take him to far-flung reaches of the Roman Empire, such as Britain, Córdoba, and Carthage. An exciting blend of historical fiction and modern thriller, Falco’s attempts to better himself through his work is both entertaining and refreshing.

Sheila recognises a picture of Eva presented by the Inspector, as Gerald looks on. A 2012 production by OVO theatre company, St Albans, UK | © Michael Maggs/WikiCommons

Though Goole initially seems to be the everyday detective, his role in J.B. Priestley’s An Inspector Calls is far more chilling than that of the eccentric but brilliant sleuth à la Holmes or Poirot. When he calls unexpectedly on the Birlings in order to question each of them about the suicide of ‘Eva Smith,’ he does so with the implacability of an avenging angel. Distinctive in his apocalyptic visions for the future and mysteriously elusive in every way, Goole has quite rightly captured posterity’s imagination both as a symbol of justice and accountability and an inversion of the stereotypical detective.

A Scotland Yard inspector described as having perseverance and conscientiousness, Grant has none of Poirot’s flamboyance or Holmes’ idiosyncrasies. However, he is best known as the protagonist in Tey’s The Daughter of Time, which was named by the Crime Writers’ Association as the greatest mystery novel of all time. This not only broke the mould by having a three-hundred-year-old case investigated — the ‘cold case’ of princes in the tower — but also changed posterity’s perception of Richard III through her sensitive and nuanced exploration of the circumstances surrounding the War of the Roses and the Tudor succession. 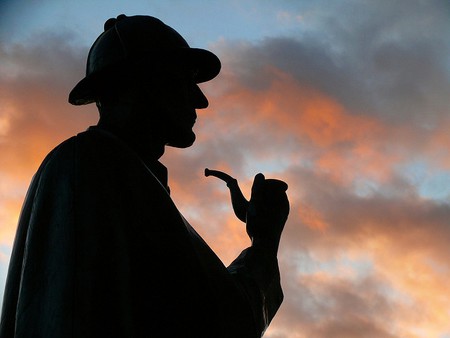 Quite possibly the most famous detective of all, Holmes has been a household name since publication — indeed, he was such a popular figure that when Conan Doyle killed him off in the story The Final Problem, Victorian London was said to have gone into mourning until Conan Doyle revived him! Famous for his brilliant skills in deduction, lodgings in 221B Baker Street, violin playing, and his infamous deerstalker hat and pipe, his brand has reached even greater heights of international cult status since the inception of the critically and commercially acclaimed BBC Sherlock series, starring Benedict Cumberbatch and Martin Freeman.

Fulfilling to perfection the aforementioned pre-set mould of the eccentric yet brilliant detective, Morse became immortalised when he was played by the inimitable John Thaw in the TV series. From absolute refusal to tell others his first name (which is eventually revealed through the cryptic clue ‘My whole life’s effort has revolved around Eve’ in the TV episode of Death is Now My Neighbour) to his inseparability from his Jaguar to his penchant for real ale, Wagner operas, and cryptic crosswords, Morse has been a figure of fascination and delight for his reading and watching audiences. 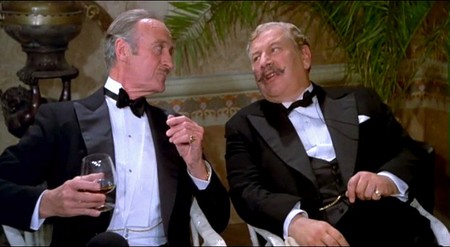 One of two of Christie’s famous fictional creations (the other being Miss Marple), Poirot is undoubtedly one of Detective Fiction’s most delightful contributions to world literature. A fop to the extreme, with his love of absolute symmetry, meticulous order, and fine foods, none of his idiosyncrasies eclipse the brilliance of his ‘little grey cells.’ Tackling all manners of crime with his unflappable cool and easy charm, from high-octane murder to animal kidnappings and theft, Hercule may not match his Grecian namesake in size and valour, but he certainly makes up for this with his acuity and intellectual brilliance.

The epitome of the urbane and charming sophisticate, this Balliol alumnus superficially seems to be a shallow dilettante playing at detective. However, underneath this, Wimsey possesses an unrivalled intellect and vigour. Both athletic and intellectual (Sayers claims that he played cricket for Oxford and still got a First Class), his notable traits include his expertise on fine foods and clothing, and his skill at the piano. As well as being involved in a series of interesting mysteries, Wimsey’s stories have also served to tantalise readers, with the ‘maybe, maybe not’ quality of his relationship with his sleuthing companion, Harriet Vane.

Still need your fix of crime fiction? Check out our guide to The Life and Works of Sir Arthur Conan Doyle.