The world is a creative place, but not everyone shares the same taste when it comes to the arts. Censorship and banning regularly takes place within the art world, whether it is a gallery refusing to host an exhibition or a radio station blacklisting an artist from the airwaves. From China to the United Kingdom, here is a list of 10 famous singers, musicians and visual artists, who have all been banned from various countries across the globe.

British soul singer Amy Winehouse was banned from entering the U.S. in 2007 and 2009. The first ban was the result of her arrest in Norway for drug possession. She was denied a visa to enter America, and therefore missed the Grammy Awards, which she was set to attend and perform. Winehouse sang live by satellite link instead. Despite not being present at the Grammys, she won five awards, including Album of the Year. Her second ban came for further drug convictions and assault. This time, Winehouse was billed to play at the Coachella Valley Music and Arts Festival, but was again denied a visa. Instead, she was ordered to appear at the City of Westminster Magistrates Court to face charges relating to a 2008 incident, where Winehouse reportedly struck a fan who wanted a photograph. 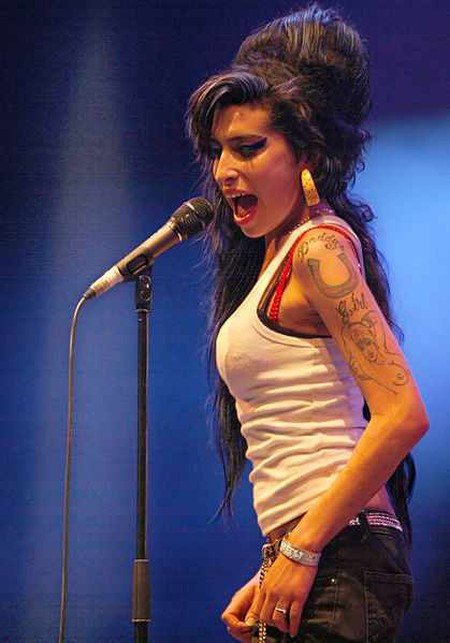 Legendary singer-songwriter Bob Dylanhad two of his concerts cancelled in China due to his links with counterculture. In 2010, the then 68-year-old was refused permission by Chinese authorities to perform in Beijing and Shanghai. This was largely due to his earlier song topics about social protest and revolution. The two cancelled concerts significantly affected the Southern Asian part of his Never Ending Tour, where Dylan performs an average of 100 concerts every year. Other parts of the tour had to be called off, including concerts in Taiwan, South Korea and Hong Kong. However, Dylan was allowed to perform the following year, although Chinese officials asked for Dylan to send them his setlist in advance. 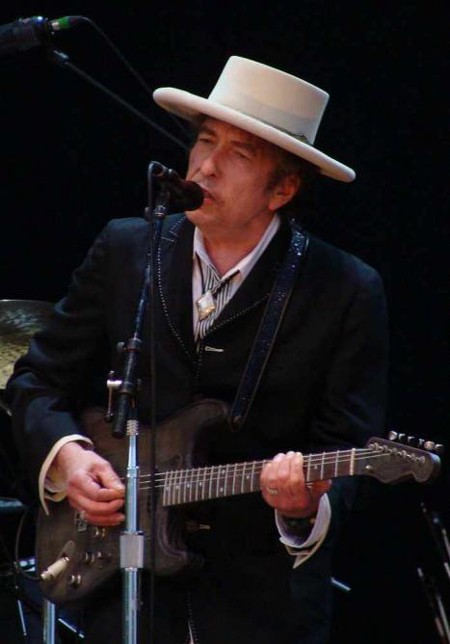 In 2008, while performing her song Declare Independence at the finale of a concert in Shanghai, Icelandic singer Björk shouted “Tibet, Tibet!” and “Raise your flag!” to her audience. The Ministry of Culture in China retaliated by releasing a statement criticising Björk’s comments, and later banned her from performing in the country again. They also stated “any artistic group or individual who have ever engaged in activities which threaten our national sovereignty” during performances would also be banned. Others have also been banned for their support of Tibet, such as Oasis. In 2009, licences to play Beijing and Shanghai were revoked when Chinese authorities learned that Noel Gallagher had attended a Free Tibet concert in 1997. These would have been the first Chinese concerts ever played by the group. 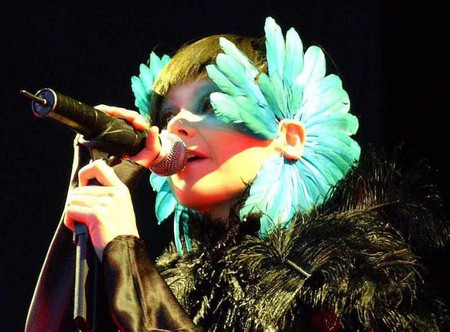 Björk at the Hurricane Festival in 2003 | © Zach Klein/WikiCommons

Founder of The Atlas Group, and an Associate Professor of Art in The Cooper Union, the contemporary artist Walid Raad from Lebanon was banned from travelling to the United Arab Emirates in May 2015 due to his involvement with the Gulf Labor campaign. He is one of a few artists and cultural figures, such as Mumbai-based artist Ashok Sukumaran and New York University professor Andrew Ross, who have recently been barred from entering the country for being members of the labor activist coalition. Raad was denied entry to Dubai on arrival at the airport due to security reasons, despite a long history of working in the region. 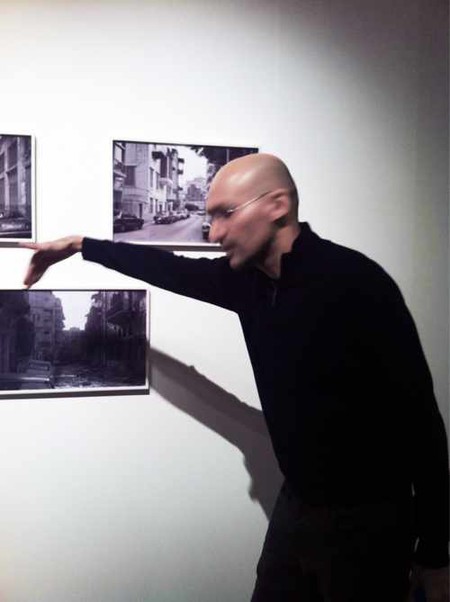 Gloria Estefan, the queen of Latin pop, was banned from performing in her native Cuba. Furthermore, her songs such as Dr Beat and 1,2,3 were blacklisted and could not be played on Cuban radio stations. Estefan was banned from her home country for speaking out against Castro and his regime. Her husband was also barred, and the couple were referred to as terrorists by the government. Estefan and her parents fled Cuba when Fulgencio Batista was overthrown by Fidal Castro in 1959. She returned to Cuba briefly in 1979 when then U.S. President Jimmy Carter lifted the ban on Americans travelling to the country. In 1997, the singer was asked to return to Cuba by the Pope, but she refused due to her political convictions. 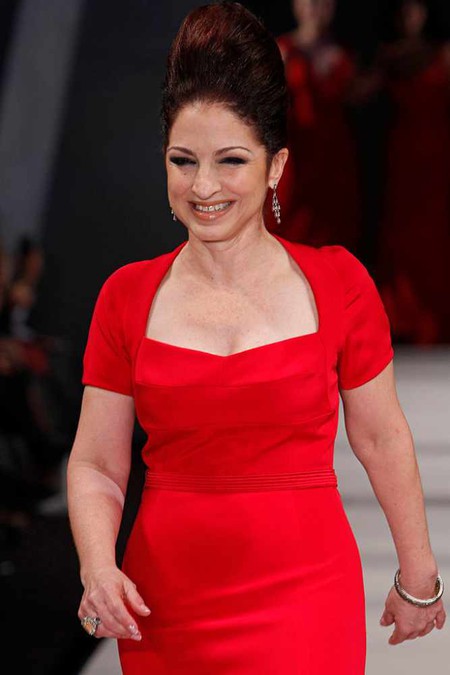 In 1927, Kazimir Malevich was one of Europe’s leading modern artists, with retrospective exhibitions taking place in Berlin and Munich. However, while his artwork was praised in other countries, and his presence welcomed, his own country of Russia did not regard him as favorably. With the rise of Joseph Stalin in 1924, Malevich’s art was declared bourgeois and against the authorities ideals. As a result, he was banned from creating and exhibiting art in his home country, with many of his works confiscated and destroyed.Self-Portrait, Kazimir Malevich, 1908 | © WikiCommons 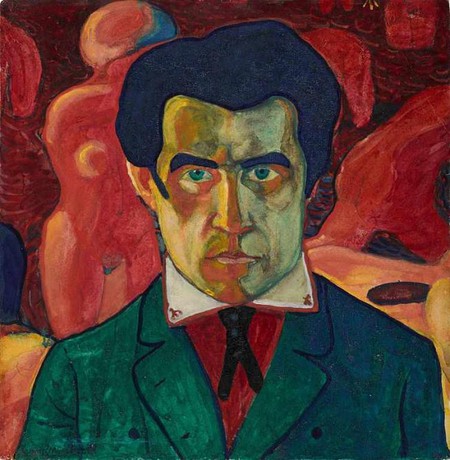 Madonna, the queen of pop, found herself banned from entering Egypt in 2004, as she had previously visited Israel. Members of Egypt’s parliament ordered Madonna be denied entry to the country because of her trip to The Holy Land and her devotion to Kabbalah. They also requested no embassy grant Madonna a visa to travel to Egypt, although she did not have any concerts scheduled for the country at the time. She is not the only recording artist to have been banned from the African country. Following his comments about Jesus in Parade Magazine, Elton John was not allowed to perform a private concert in the country in 2010. 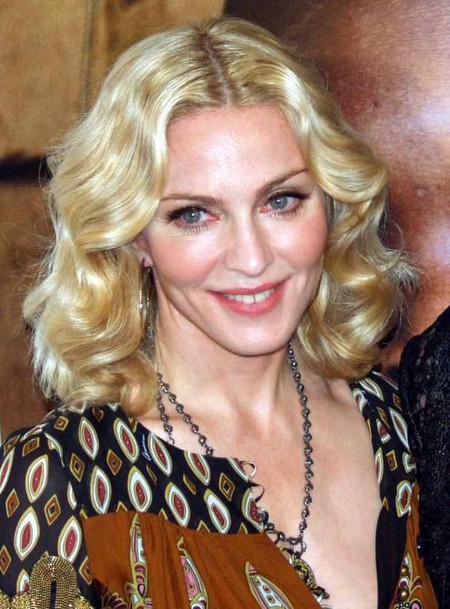 Calvin Cordozar Broadus Junior, aka Snoop Dogg, has been banned on numerous occasions from performing in various countries. In 2006, Snoop Dogg and his entourage were arrested in Heathrow Airport in London after they vandalized a duty-free shop, following members of his crew being denied access to the first class lounge. Because of this, Snoop spent a night in jail, missing a scheduled concert in Johannesburg. In May of that year, the Home Office denied the rapper entry to the United Kingdom. Snoop’s visa application was also rejected the following year. While Snoop has been allowed back into Britain as of 2010, he and his entourage are not permitted to travel with British Airways. Besides having trouble with the UK, Snoop was also banned from Australia in 2007 due to his previous criminal convictions. This resulted in Snoop missing his scheduled appearance at the MTV Australia Video Music Awards. His ban was lifted the following year. In 2012, Snoop was banned from entering Norway for two years due to possession of marijuana. 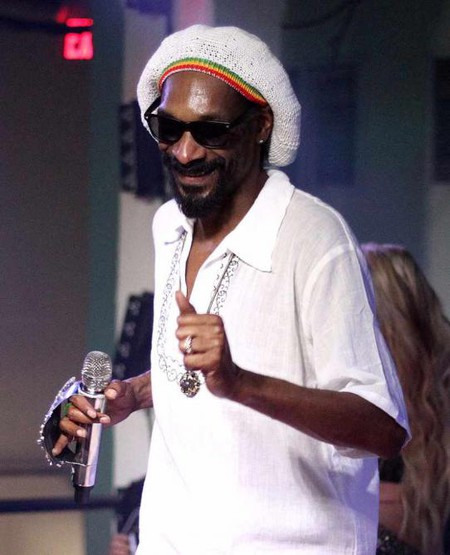 Snoop Dogg Takes the Stage at The Hoxton in Toronto, Ontario on August 2012 | © Courtesy of FameMoose

Israel banned the world-famous British band The Beatles from entering the country 1964 on the grounds that the musical group would have negative influence on the country’s youth. This came after Cliff Richard arrived in Israel the previous year, and was met with a chaotic crowd of crazed fans. Following an investigation into the group, their music and their performances, the committee in charge of hosting musicians and artists banned The Beatles from playing as it would only cause hysteria and mass disorder. In 2008, the Israeli ambassador to Britain penned an official letter of apology for the ban, which was presented to John Lennon’s sister, Julia Baird. 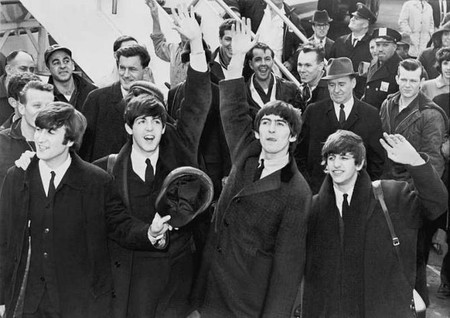 The Beatles wave to fans after arriving at Kennedy Airport, 1964 | © United Press International/WikiCommons

American rapper Tyler, the Creator was banned from entering the United Kingdom in 2015 due to his controversial lyrics, specifically from his 2009 album Bastard and his 2011 album Goblin. He is not allowed to perform in the country for 3-5 years as a result. The Home Office in the UK said Tyler’s lyrics encourage violence and discriminate against homosexuals. The ban has resulted in a number of concerts Tyler was due to play in the UK being cancelled. Similarly, Tyler also had to cancel performances in Australia after being banned from the country. In 2014, Tyler and others from Odd Future were refused entry to New Zealand, where they were due to play at Eminem’s Rapture Tour in Auckland. The reason for the ban came from a 2011 event in Boston where members of Odd Future urged fans to attack police. 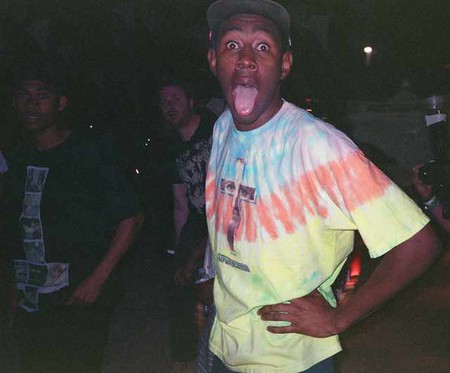