10 Facts About The Tour Of Britain 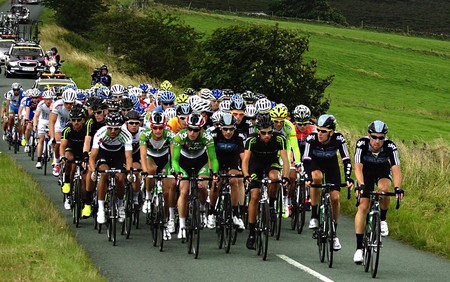 Stage Two of the Tour of Britain 2014|©Simon Harrod/Wikicommons

Taking place every September, the Tour of Britain is a multi-stage men’s cycling race that takes competitors across the varied terrain of the United Kingdom. It is the country’s ‘largest annual free-to-spectate’ sporting event, and today numbers among the world’s top cycling events. Brush up on your knowledge with these little-known facts.

The modern incarnation is only 12 years old

Historically, the Tour of Britain can be traced back to the 1940s, but it has only existed in its modern form since 2004. The event returned after a five-year hiatus, and was originally staged in five parts, before increasing to eight stages in 2008.

It was originally conceived as an end-of-war celebration

The first ever multi-stage cycling race in Britain was held in Kent during the Second World War. Following war’s end, a general desire for a British event to rival the Tour de France was brought to fruition with the Victory Cycling Marathon. Held by the British League of Racing Cyclists (which was formed by cyclists expelled from the National Union of Cyclists in 1942 following their attempts to stage mass cycling events on the nation’s roads), the event saw riders compete in a race between Brighton and Glasgow over a five-day period in August 1945.

It was once known as the Milk Race

In 1958, the Milk Marketing Board — a body run by UK dairy farmers — was approached to be a sponsor of the race. The board paid for the words ‘Drink More Milk’ to be sewn on to competitors’ jerseys, with wins subsequently put down to the racer’s milk consumption. Lasting until 1993, the event’s Milk Race phase represents the longest ever sponsorship of a UK cycling event. However, from 1987, sponsorship alternated with Kellogg’s. 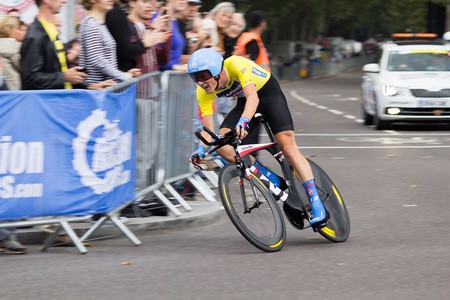 It used to be strictly amateurs only

Today, the Tour of Britain is regarded as one of the world’s premier cycling events, attracting the crème de la crème of cyclists from around the world — but this wasn’t always so. In its earliest days, semi-professional athletes were allowed to compete. However, from 1960 right through to 1984, only amateurs were permitted.

Only one man has won it twice

Norwegian cyclist Edvald Boasson Hagen is the only man to have won the overall competition twice (in its modern form), having won in 2009, aged 22, and in 2015. He competed for Team Columbia-HTC (now defunct) and MTN-Qhubeka (now Dimension Data) respectively. 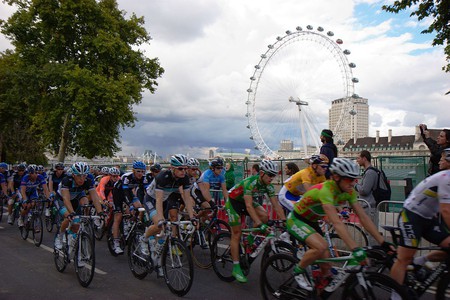 Riders in the Tour of Britain pass the London Eye, 2011 | ©Jun/Wikicommons

Great Britain are the only national team to compete

Although Tour of Britain competitors hail from all around the world, Great Britain is the only country to enter a national team. Others are typically sponsored teams, such as Team Sky, Movistar Team and Team Dimension Data. Team Great Britain, then, does not necessarily contain Britain’s best cyclists, many of whom compete in the other teams — in fact, Sir Bradley Wiggins founded his own team in 2014, inventively named Team WIGGINS.

Bradley Wiggins was the first Brit to win it overall

In 2013, Wiggins won the Tour of Britain for Team Sky, becoming the first Brit to do so in its modern incarnation. Jonathan Tiernan-Locke originally scored the first win for the home nation in 2012, however he was retrospectively disqualified in 2014 amid doping concerns. 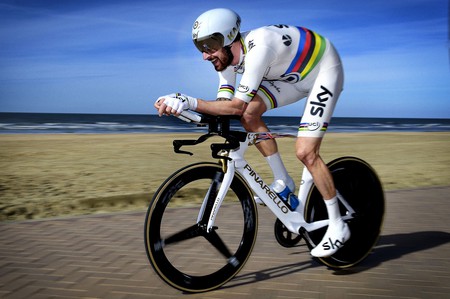 A Brit holds the record for most stage wins

In terms of stage wins, British cyclist Mark Cavendish is the most successful competitor in the modern history of the Tour of Britain, having won ten stages in total. He is one of five riders to have won three stages or more in a single year, although he has never won the race outright.

The length of stages can vary dramatically…

In 2007, the Tour of Britain began with a prologue time trial stage at the Crystal Palace National Sports Centre. At a mere 2.5 kilometres in length, it is the shortest ever stage in the modern event. Conversely, the longest ever stage was the seventh stage of the 2015 race, which came in at a whopping 227 kilometres.

…As can the length of the overall race

In 2005, the Tour of Britain consisted of just six stages, totalling 697 kilometres in length. The longest ever edition was in 2015, during which the eight stages totalled an eye-watering 1,443.4 kilometres.