Ukraine's 10 Best Contemporary Artists And Where to Find Them

Straddling the tumultuous political epochs of Communism and post-Communism and wrapped up in the artistic narratives of Russian futurism, Socialist realism and the European avant-garde, it’s hardly surprising that Ukrainian modern art is now so celebrated, so intriguing and so attractive to collectors. Here’s a look at 10 of the country’s top contemporary artists and where to find them, ranging from surrealist sculptors to the ‘Ukrainian Picasso’. 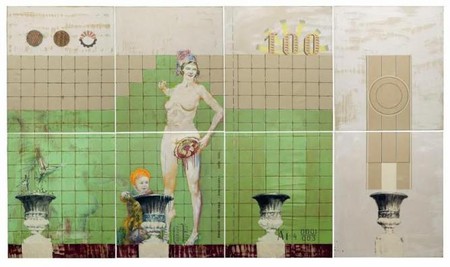 Widely considered to have been one of the formative figures of the Ukrainian avant-garde movement during the middle of the 1980s, Alexander Roitburd’s position as one of the country’s top contemporary artists is entirely secure. Over the decades his works have spanned the mediums of film, installation art and painting, while he is perhaps best known for his seven-and-a-half minute media presentation at the Venice Biennale in 1999, entitled Psychedelic Invasion of the Battleship Potyomkin into Sergey Eisenstein’s Tautological Hallucinations, and his oil work, ‘Goodbye Caravaggio’, which remains the highest grossing painting of any contemporary Ukrainian artist to date.

Born in the Ukrainian Crimea in 1960, Anton Kandinsky studied under Yevsey Yevseyevich Moiseyenko in St Petersburg and at the Ukrainian Art Academy before immigrating to the United States in 1998. There he rose to worldwide fame for his iconic GEMISM style of pop art, which incorporated glittering gemstones into classic portraits of iconic global figures. The artist’s other major works included a range of satirical political caricatures and Grenade (hug me) (2006), which is now part of the collection at the Ukrainian Institute of Modern Art in Chicago. Kandinsky was sadly found dead at his apartment in Manhattan in early 2014.

Known for his distinctive and visceral portraits in the mediums of painting and photography, Arsen Savadov is unquestionably one of the most recognizable of Ukrainian contemporary artists working today. As a self-proclaimed ‘classic contemporary’, his works employ all the grandiose scope and choreography of the old masters and combine it with a kaleidoscopic use of color that’s nigh on psychedelic in effect. His photography pieces have a truly surrealist edge too, like his 1997 work, ‘Donbass-Chocolate’, which shows miners from the Ukrainian east stripped or dressed in tutus and arranged in carnivalesque poses, or the series Love Story—a mind-boggling collage of green parks, conjoined twins and Oriental palaces that’s esoteric in the extreme.

Artem Volokitin is a relatively recent addition to Ukraine’s line-up of top contemporaries, having only graduated from the Kharkiv State Academy in 2005. However, the artist’s already formidable array of awards and accolades—which includes a PinchukArtCentre Prize and a youth art trophy from Non Stop Media—belies a real maturity and skill, while his recent joint exhibition, Fear and Hope, in Kiev, revealed a well-honed style that deals head on with issues of violence, destruction and loss in the context of post-soviet Ukraine.

Museum
Facebook
Email
Twitter
Pinterest
Copy link
Share
Map View
Hailed as the ‘Ukrainian Picasso’, Nikolaj Prokopenko was born in Odessa in 1945. To date, he has held just shy of 60 solo exhibitions and participated in countless biennials, while his pieces are contained in some of the most prestigious art collections on the planet, from Paris’ Pompidou Centre to the Russian State Museum. During the late 1980s and 1990s, his style typified the so-called Odessa Movement, making use of expressionist principles and flamboyant color schemes to recast the female form in a surrealist and sensual light.
Open In Google Maps
Odessa, Ukraine
Give us feedback

Oleg Tistol was born under the Soviet yoke in Ukrainian Vradievka in 1960, before moving to the country’s capital to study at the Kiev Republican Art School and finally to Lviv in 1979, to study at the State Institute of Decorative and Applied Arts. With his distinct style of mixed pop art and retro baroque, Tistol has developed an artistic discourse that has continued to struggle with ideas of identity and nationalism in the post-soviet era. This reached its height with paintings like ‘Reunification’ (1988) and ‘Exercise with Maces’ (1989), which introduced an iconoclastic use of symbolism to the narratives of Ukrainian art and extrapolated on Tistol’s ideas for a new national aesthetic that were first were set out in his joint publication, ‘A Resolute Edge of National Post-Eclecticism’, in 1987. 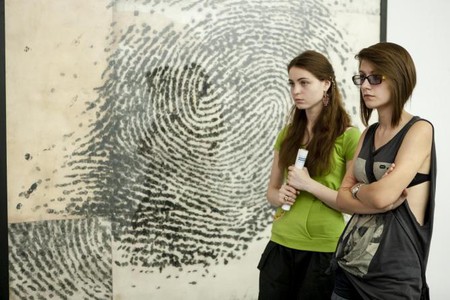 Photographs provided by the PinchukArtCentre | © 2012. Photographed by Dmitriy Baranov

University
Facebook
Email
Twitter
Pinterest
Copy link
Share
Map View
St Petersburg born artist Pavlo Makov has received countless awards for his contribution to the Ukrainian contemporary scene, and now holds a Silver medal from the Ukrainian Art Academy. He has been a guest lecturer at the contemporary culture institute, Izolyatsia, in Donetsk, at London’s Kingston University and at the Art Academy in Tallinn. Some of his remarkable exhibitions include the Garden. Fragments. (2010) presentation at Dnipropetrovsk, and Blanket, Garden, Tower, Cross, Fate (2012) that was hosted in Kiev, both of which are typical of Makov in their examination of memory making and the interfaces between dream and reality.
Open In Google Maps
Kiev, Ukraine
Give us feedback

Petro Sypniak was born in 1959, in the western Ukrainian region of Ivano-Frankivsk. From there, he moved to the city to study in the Lviv State Institute for Applied and Decorative Art. While he was still studying, Sypniak began to gain recognition across the continent and his works were eventually featured in exhibitions from the Czech Republic to Italy. Among other things he is noted for his colorful portraits of bucolic life, which adopt a dreamlike, impressionist and curiously psychedelic perspective to convey an enchanting picture of rural Ukraine.

Vasily Tsagolov’s colorful, dreamlike compositions are renowned for their fearless take on taboo subjects, and have dealt with all the classic sensitive issues from sex to terrorism. The style is instantly striking because of the artist’s unique habit of leaving sporadic blank spots of canvass. It’s as if Tsagolov is trying to obscure his images behind a veneer of imperceptibility; concealing pop art beneath a palimpsest of other artistic movements and forming a finished piece that’s at once reminiscent of Warhol, Picasso and Malevich alike.

School
Facebook
Email
Twitter
Pinterest
Copy link
Share
Map View
Born in Brovary in 1981, Zhanna Kadyrova honed her craft at the Taras Shevchenko State Art School in Kiev, the city where she now lives and works. Since the mid-2000s her exhibitions have been noted for their elevation of mundane material to the artistic sphere and today, Kadyrova is particularly famed for her open space sculpture works. In 2013, she won the PinchukArtCentre Prize and presented a series of pieces entitled Data Extraction in San Gimignano, followed by works alongside Mykola Rydnyi and Gamlet Zinkovsky in the Ukraine Pavilion at the Venice Biennale. There, she showcased her ‘Monument to a New Monument’ sculpture from the city of Sharhorod; a mosaic effigy that depicts a veiled statue and explores the ultimate potentiality of historical uncertainty in the context of the post-Soviet East.
Open In Google Maps
Kiev, Ukraine
Give us feedback
Give us feedback