The Worst Eurovision Songs From Around the World 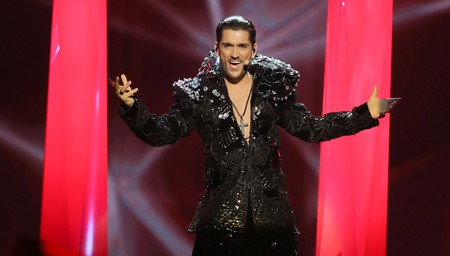 Brexit, Trump, a general election. These are divisive times we’re living in. So, thank God Eurovision has arrived to allow us to indulge in some much-needed escapism from the harsh realities of the world.

Let’s face it – it’s not really about high-quality music. In fact, Eurovision has transformed into something of a joke with some truly shocking entries which have brought shame and dishonour on the countries they’re representing.

In preparation for this year’s final in Kiev, Ukraine, this Saturday, we’ve rounded up the worst ever contenders.

For some reason Greece’s 2002 entry decided it would be a good idea to create a pop anthem dedicated to passwords while dressed up like a boyband decked out in riot gear. Guys, no one gives a damn about passwords. Not even Kevin from IT.

A Eurovision song being called ‘an absolute joke’ is nothing new except this one literally was. David Fernández Ortiz represented Spain as his comedy character Rodolfo Chiklilicuatre, which was originally introduced on a late night TV show.

You think Brexit is making us look bad to the rest of Europe? Scooch got in there first with this abomination of a dance track complete with cringeworthy dance. The song even contains the immortal line: ‘Would you like something to suck on for landing, sir?’. Shocking.

Remember when you were a kid and you used to pretend your bed was a ship that you could sail away on? The ruckus that you made with your friends was preferable to this sorry slab of Euro pop from Latvia that was surprisingly well received.

Children, eh? Usually they make everything cuter except when they’re on the Eurovision stage hamming it up with Kirsten Siggaard and Søren Bundgaard, aka Hot Eyes from Denmark. Let’s not even get started with the haircuts.

Alf Poier’s sorry attempt to get Austria some Eurovision love was bizarre on so many levels. From the cardboard cutout animals on stage and his crazy, wide-eyed stare that made him look like a drugged-up clubber to the fact that he just couldn’t sing, this was plain abysmal.

Looking more like a medieval child-catcher than a pop sensation, Germany’s Guildo Horn brought his performance to a rousing climax by climbing the scaffolding on the side of the stage. His turquoise velvet-trousers were the final nail in the coffin. Miraculously, he finished in 7th place.

‘It’s the Spice Girls meets The Pet Shop Boys,’ Terry Wogan declared in his introduction of Israel’s 2000 entry. If only, Tezza. If only. An appalling pop banger punctured with shouts of ‘be happy!’ from a group who moved with the finesse of a Just Dance avatar. It mustered up a measly seven points, which is seven too many in our opinion.

Yes, it’s the UK again but we couldn’t leave out this humiliating performance from Liverpool’s Gemini, which received ‘nul points’ and earned us last place in our worst result ever in the contest’s history. The duo failed to master one of the key requirements of singing professionally – being in key – and blamed a technical fault for preventing them from hearing the backing track. They split soon after.

Sometimes sending a real-life human being to represent your country at Eurovision is just too much hassle. For some reason Ireland thought sending a puppet would be their best bet in 2008. Yep, it was a turkey, alright.

How to describe Romania’s 2013 entry? How about vampire opera dubstep? Singer Cezar’s falsetto was ear-shattering to say the least. Throw in some half-naked dancers and you’ve got one of the most bonkers performances of the contest.