The Top 10 Things To See And Do In Podol, Kiev

Andriyivskyy Descent | © Jorge Láscar/Flickr
With a history stretching over 1,400 years, Kiev has become one of the most popular destinations in Eastern Europe. Ukraine‘s capital is surprisingly diverse, going from bohemian to medieval in the blink of an eye. Here, we will take you on a journey through Podol, Kiev’s historical district, where craftsmen and fishermen used to live, all in search of some of the city’s top attractions.
Andriyivskyy Descent © Jorge Láscar/Flickr

Kontraktova Square, the compositional center of Podol, is a wondrous sight in itself. Dubbed the oldest square in Kiev, the area dates back to 1798, and got its name from the function it played: that of a place that hosted Russian fairs and served merchants and customers. The square also served as the city center, as the Upper City was devastated following the Tatar-Mongol invasions. Vast and beautiful, Kontraktova Square is surrounded by wonderful buildings, each telling a different story.

Kontraktova Square is also home to the Fountain of Samson, designed by Ukrainian architect Grigorovich-Barsky in 1749 in a typical Ukrainian Baroque style. During the Bolshevik era, the fountain was demolished only to be rebuilt in 1981. Today, the fountain features a pavilion-like circular rotunda with a cupola resting on four piers. The dome is topped by a replica of the original copper statue of St. Andrew. Inside the fountain, an almost life-size wooden sculpture of Samson, one of the last judges of the ancient Israelites mentioned in the Hebrew Bible, stands issuing water. The fountain has been made the object of countless of legends, one of which says that the one who tries the ‘Samson water’ will stay in Kiev forever.

The old district of Kiev houses the National University of the Kiyv-Mohyla Academy, founded in 1632 and dubbed as the center of Orthodox education of Slavonic people. Every one of the historical buildings located on the premises of the academy has its own long and fascinating story, and together they make an ensemble that is of great pride not only for Podol, but for Kiev as a whole. The academy is a classic university that creates, preserves and spreads knowledge in the humanitarian, social, natural and technical sciences, actively influencing the future of Ukraine and its society. Personalities such as Lomonosov and Skovoroda have studied at the academy, so you shouldn’t miss this place. 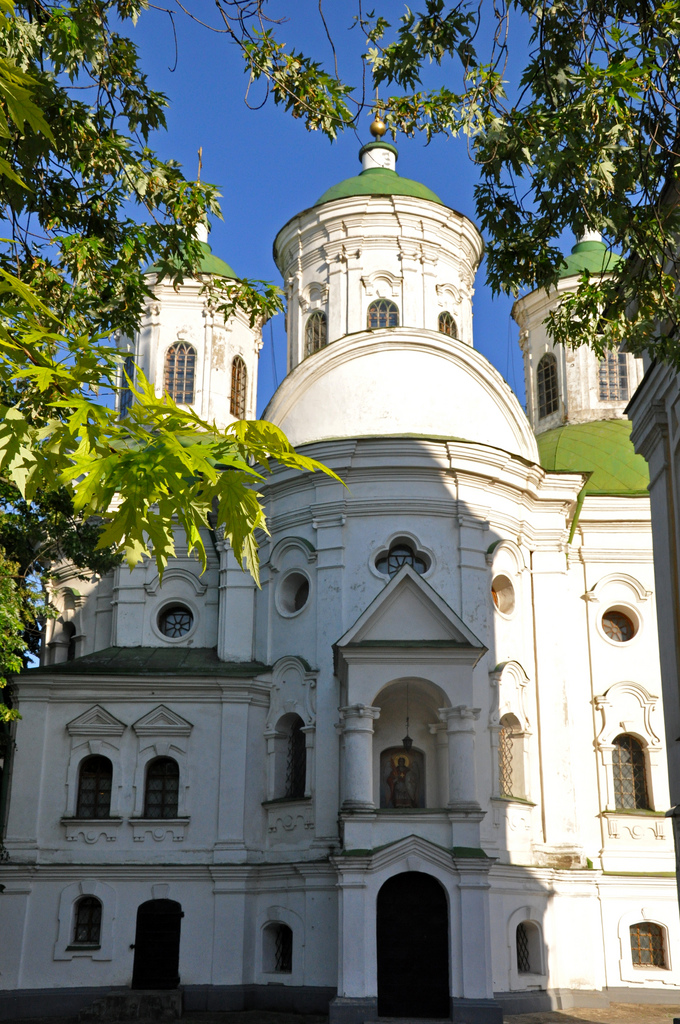 Podol has many things to offer, among which is the functioning Florovsky Monastery, also known as The Ascension Convent, built in the 15th century and restored four centuries later. Build as a complex of churches, the convent is notable for its architecture, but more so for the continuity of its functionality: that of a place of retreat, meditation and worship. It is highly recommended to attend one of their services, as you’ll feel transported to sometime back in the 18th century. Unfortunately, you can’t take any pictures inside the monastery, but there are plenty of postcards in the giftshop for you to take home. 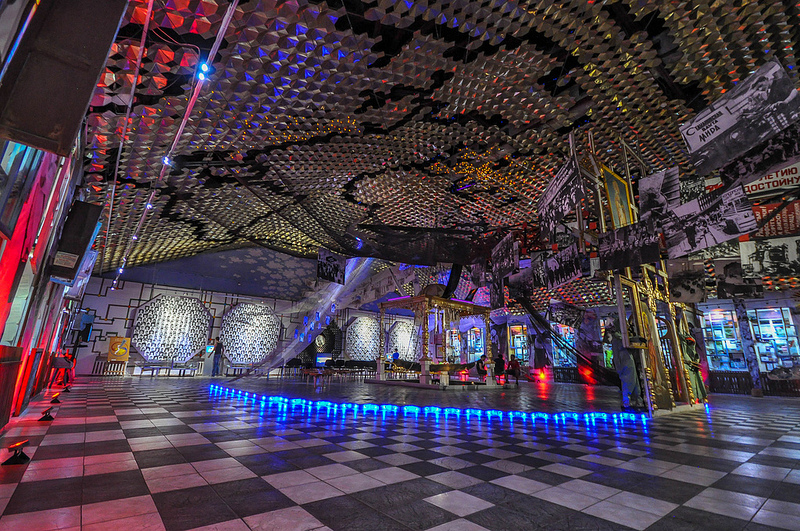 A small and humble museum but with an important and emotional message, this is definitely a place to see if you’re in Kiev. It will take no more than 1.5 hours to go over the exhibits linked to the most devastating nuclear accident to ever take place. The exhibition is big, informative and really well-made, so you will discover items such as photos of everyday life, videos portraying the disaster and the eventual clean up, as well as a documentary telling the story of the Chernobyl accident. All information boards are in Ukrainian, but audio guides in multiple languages are available, so be sure to request one at the beginning of the tour. 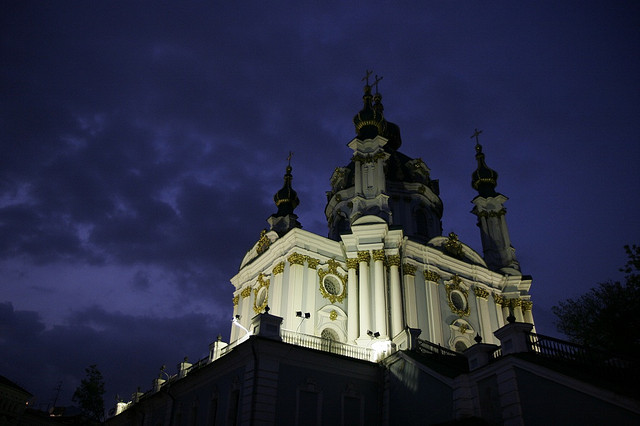 Just a 10-minute walk from Independence Square you will find St. Andrew’s Church, perched at the top of Andrew’s Descent, one of Kiev’s most famous streets. The church, built in a colorful Baroque style, is one of the city’s most popular landmarks. Commissioned late in the 18th century by the Russian Empress Elizabeth and built by the Italian architect Bartolomeo Rastrelli, this building’s architecture is breathtaking to say the least; a striking blue and white facade with green Russian-style turrets. Once you get to the top, the view over the city is absolutely amazing.

House of Peter I

Popularly known as the Kiev Charity Museum, this place is one of the many in Kiev dedicated to charity. This museum is the second permanent exhibiton, after the Magdeburg Museum of Justice, which tell the story of Kiev’s city life, and how life looked like back in the day. Its history is long and full of unexpected turns. Built around the 17th century as a house for the mayor Yan Bykovich, it was later extended and rebuilt to serve as a mental institution for the elites, and it eventually served as a parish school and a childrens’ shelter.

Located in the heart of Kiev’s oldest neighborhood, this courtyard was first conceived back in the 19th century to serve the needs of the city’s consumers. It contained 50 stores with a variety of goods and products from all over the world. Build as a trade complex, the building replaced its older predecessor built in 1760. It was destroyed by the great fire of 1811 and reconstructed under the supervision of Andrey Melensky. The complex was built along with many others in cities of the Russian Empire, and today it is included in the Historical-Architectural Preserve of the Ancient Kyiv project.

Watching over Kontraktova Square, this theater’s history goes back to June 1982, when a decree of the then part of the USSR Ukraine’s Council of Ministers was signed. Working under the name of Kiev State Musical Theatre for Children until 1998, the institution was managed by Ivan Doroshenko, an experienced theatre organizer who also selected management and creative staff for the opening of the theater under its new formula. The theater’s international prestige grows year by year and today its repertoire contains around 50 shows for spectators of all ages: operas, ballets, musicals, symphonies and vocal pieces.

Although Ukrainian cuisine isn’t world renowned, Kiev has what many cities don’t – its own namesake signature dish: the famous chicken Kiev. This Georgian restaurant located in the heart of Podol samples Caucasian cuisine, as well as Kiev’s finest. The restaurant is traditionally decorated, with rustic furnishings and the odd amusing touch. Look closely to spot the unusual depiction of a helicopter carrying a cow, an allusion to Mimino, a Georgian pilot who is the lead character in a popular Soviet film.