EUROPE
/
UKRAINE
/
Things to Do

The Top 10 Things to Do and See in Vinnytsia, Ukraine 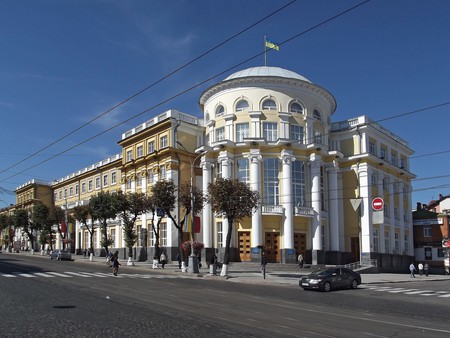 Vinnytsia is a cosy and beautiful city on the coast of Southern Bug River, located in the very heart of Podolia region. It has an long history (existing since 1363), incredible architectural monuments and lively streets. Vinnytsia is a home for unique attractions, such as the Multimedia Fountain Roshen, Adolf Hitler’s military headquarters and the National Pirogov’s Estate Museum.

Wander the city centre of Vinnytsia

Vinnytsia is considered to be one of the wealthiest and most comfortable cities in Ukraine. The charming architecture and tiny courtyards are attractions which give the city its spirit and culture. Thus, one should definitely wander the central area—Soborna Street—the location of the Holy Transfiguration Church, the Museum of Retro Technology Avtomotovelofotoradio and the bridge with the breathtaking panorama over Southern Bug River. 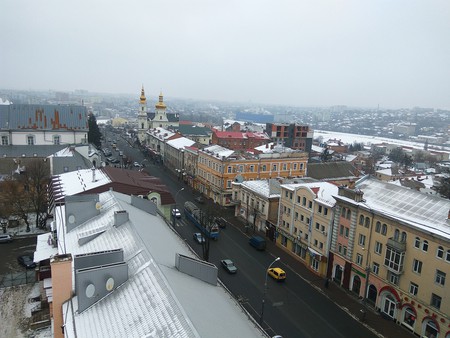 The National Pirogov’s Estate Museum is a large museum complex not far from the heart of the city. The main building is the bright manor house called Vyshnya (Cherry), where the prominent scientist and surgeon Nikolay Pirogov spent the last 20 years of his life. The territory of the complex also includes the Pharmacy Museum, necropolis church, memorial park and another 16,000 exhibits or monuments. Despite the young age of the museum (opened in 1947), it is a valuable object of Ukraine’s cultural heritage and a popular destination for tourists. 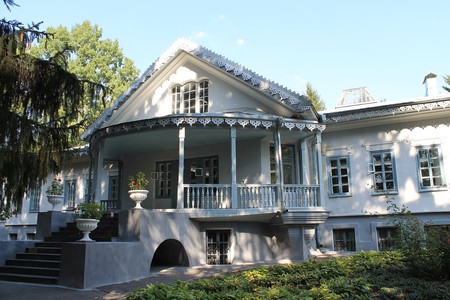 To start with, Roshen is one of the largest confectionery factories in Ukraine and Europe. The departments are spread all over the country, but the major one is located in Vinnytsia. The factory provides children tours, accompanied by adults. So if you are travelling with younger family members, you can book a 90-minute excursion to the world of sweets. You will not only watch a film about confectionery-making but also see the equipment, discover the packaging process and get a delicious gifts at the end. 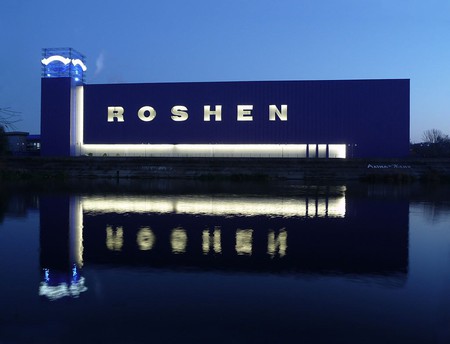 To experience Adolf Hitler’s military headquarters, to the Werwolf. The complex was open from July 16, 1942, to March 15, 1944. It consisted of a telephone station, dining room, houses for officers, bunkers and other buildings. Werwolf was the place where Hitler and other officers gathered to discuss the troops’ issues and develop the Generalplan Ost (German government’s plan). Notice, that the must-see attraction is in 10-minute driving distance from the city of Vinnytsia. 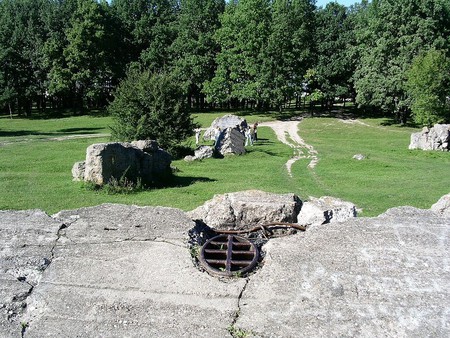 The history of the Holy Transfiguration Cathedral started in 1639 century as one of the Dominican monastery churches. Two centuries later in 1832, the complex was abolished, and the church was rebuilt as the Orthodox cathedral. Its façades are decorated in the Baroque style, while the interior fragments of the 18th-century wall paintings. The cathedral is the main active temple of Vinnytsia, usually visited not only by tourists but also by residents of the city. 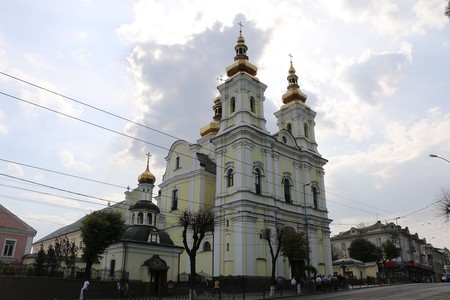 Exploring the city, one wants to see more and waste less. Therefore, the street food stops are useful and quick options to refuel oneself. Artynov is a huge creative space, where one can attend concerts, work, play and spend quality time. Meanwhile, Artynov Bus is an Instagrammable venue outside the building, where you can pop in for a fragrant cup of coffee and a light snack.

Take a photo with the Vinnytsia Water Tower

The 20th-century water tower is the official symbol of the city. Initially, it was conceived as the Vinnitsa water pipe, but during the Great Patriotic War, it served as an observational place. Moreover, the Vinnytsia Water Tower was not destroyed during the war and constitutes the tallest building in the city—28 metres (92 feet) high. Currently, the tower holds an exposition devoted to the Soviet war in Afghanistan. In addition, in front of the tower, you can see a 3D painting and take an extraordinary picture with a view of the local attraction. 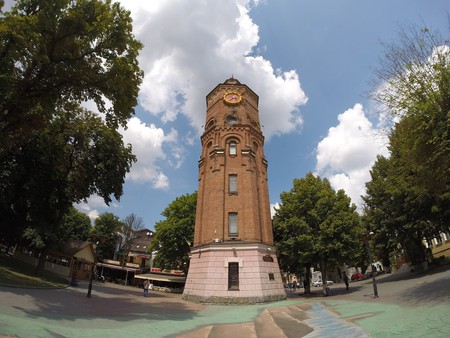 Vinnytsia State Academic Music and Drama Theatre is one of the most beautiful theatres in the country. It is hard to imagine the whole building, columns and the incredible stucco on the façade were constructed in just 11 months. The theatre has a rich repertoire of plays. Therefore, it is a great destination to head to after an exquisite dinner and become acquainted with the classics of the Ukrainian literature. 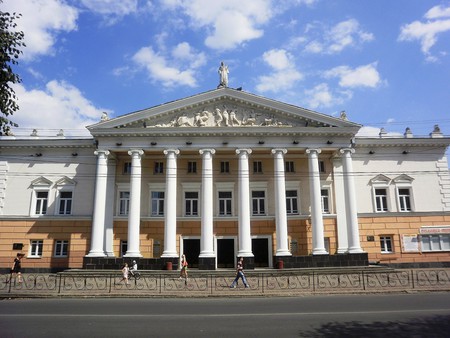 Seize the moment at the Multimedia Fountain Roshen

The Multimedia Fountain Roshen is one of the best attractions in Ukraine. It is the largest floating fountain in Europe, lying on the waters of Southern Bug River. The highest flow reaches 70 meters (229 feet), and the front discharge of water is 140 meters (460 feet). The show is accompanied by music, light and laser effects as well as video projections on a water screen. It is a romantic sight for couples, tourists and fans of unique attractions. However, it works from April to October. In winter, construction is hidden under the ice. 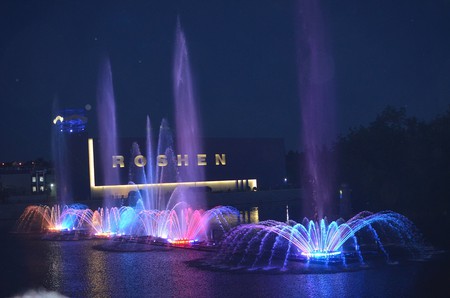 Have dinner at Biblioteka café

Biblioteka café is an extraordinary food venue in Vinnytsia, that amazes with a cosy interior and fine dishes. The guests are offered a range of popular European and Italian dishes along with the large cocktail menu. The heart of the café is the library (biblioteka in Ukrainian), where you will find everything from classics to contemporary literature. It is a nice place for dinner in a homely atmosphere and short-term escape from the city bustle.