EUROPE
/
UKRAINE
/
Things to Do

The Top 10 Things to Do and See in Poltava, Ukraine 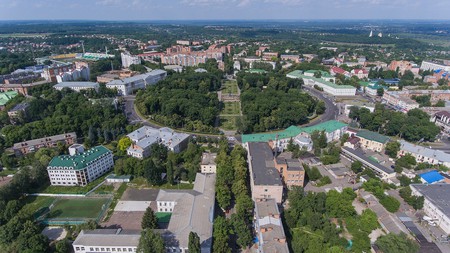 You’re lucky if you have time to spend in Poltava. Archaeologists say this ancient city on the banks of the Vorskla River has existed since before the eighth century. However, the most memorable site – the field of the Great Poltava Battle – is younger dating back to the eighteenth century. Come and see these impressive landmarks and explore Poltava.

The best way to learn the history of Poltava is to go to the Field of the Great Poltava Battle. It is a well-known tourist destination that should definitely be explored with the help of a professional guide. The huge territory and its museum will mean nothing if you’re unfamiliar with the details of the battle that took place in 1709. There’s also a mass grave of Russian army soldiers, a burial place of the Swedes, as well as monuments honouring both sides of the conflict. 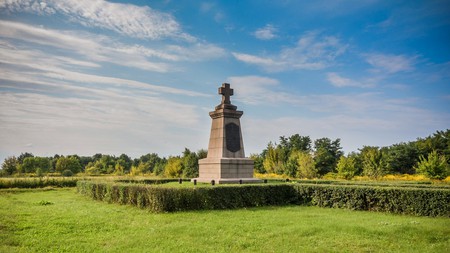 The Field of The Great Poltava Battle | © Nataliya Shestakova / WikiCommons

Built in the Byzantine style, Saint Sampson’s Church looks like a symbol of hope in the middle of the Field of Battle of Poltava. It was constructed in honour of the victory of the Russian army over the Swedes in 1709 and was consecrated on July 15, 1856. The rectangular stone building is crowned with a dome and four decorative corks in the corners. It has a marble iconostasis adorned with carved ornaments and colourful mosaics. Not surprisingly, this architectural masterpiece is recognized as a historical place of value and cultural heritage site for the region. 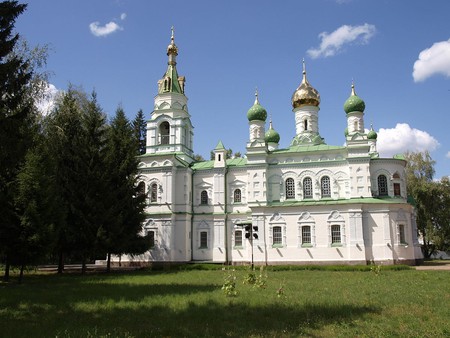 Buy souvenirs at the Museum of Pottery

The National Museum of Pottery was established in 1986 in Opishnya – one of the villages where you can experience the real Ukraine – and is the centre of local pottery. The museum has the largest collection of pottery, numbering more than 40,000 exhibits. Apart from the museum, the settlement has a pottery library, archive and a local publishing house called Ukrainske Narodovedenya (Ukrainian Ethnology in English), which produces catalogs of the various collections. 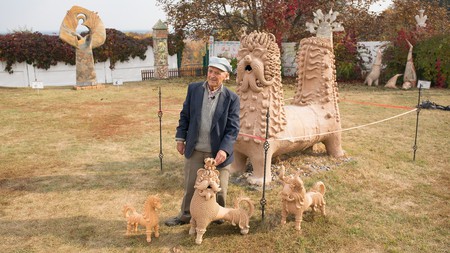 Traditional Ukrainian halushky (dumplings) have roots in Poltava. The basic version of the dish is a plate of boiled dough, served with sour cream, cottage cheese or crackling. Recently, more and more ingredients have been added to the mix like grains or potatoes. Halushky is served on the table instead of bread, and be sure to eat it when it’s extremely hot. The taste of halushky has impressed not only tourists, but also popular authors like Alexander Pushkin and Nikolai Gogol, who mentioned it in their works.

Climb the Ivanova Gora for the breathtaking view

Ivanova Gora is a historical landmark and the most beautiful viewpoint in Poltava. From the top, you will marvel at the panorama of the Vorskla Valley, and the seventeenth century Holy Cross Convent. The main attraction of the hill is the white Rotunda of Peoples Friendship, which was established in 1909 as a celebration of the 200th anniversary of the Battle of Poltava. It’s considered to be the city’s icon. 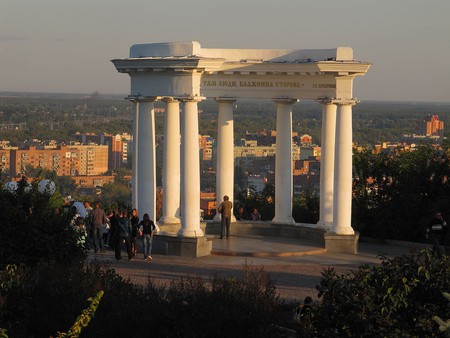 The central square of Poltava isn’t a square at all, it’s a ring-shaped park called Korpusnyi Sad. The Column of Glory can be found in the middle of the park. Around the park, there is a nineteenth century construction of the Poltava City Hall, as well as the cinema building, Poltava School of Arts, and many others. Luckily, most of the buildings that were damaged during the Second World War have been restored to their original form. 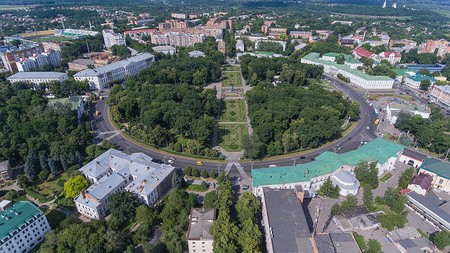 Ponder the strange monuments in Poltava

There are a few strange sculptures to behold in Poltava, but one of the most unusual monuments is the monument to halushky (the regional Ukrainian dish). Erected near the Ivanova Gora’s viewpoint, the sculpture was made to celebrate the birthday of the prominent writer Nikolai Gogol, who was quite fond of the dish and described it in his works. 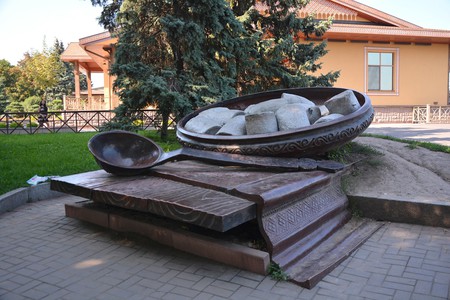 Other strange art pieces include two monuments to pigs. The first one (a sow with piglets) can be seen at the Pig Breeding Institute named after O.V. Kvasnitsky. The second monument (a boy and a girl chasing a huge pig with a twig) is situated near the Poltava State Agrarian Academy. On the pedestal hangs a sign that reads, ‘The eternal nurse of the Ukrainian people’. Judging by this, you can probably guess how much Ukrainians love and appreciate salo (pork fat).

Travel to the main setting of Nikolai Gogol’s novel

The village of Dykanka, located 12.4 miles (20 km) from Poltava, became a popular tourist destination because of the writer Nikolai Gogol. Evenings on a Farm Near Dikanka is a collection of stories in which the author skillfully conveys the local colour of the tiny Ukrainian village and its inhabitants. The story was such a success that Ukrainians and Russians created numerous movies and plays, based on the book. 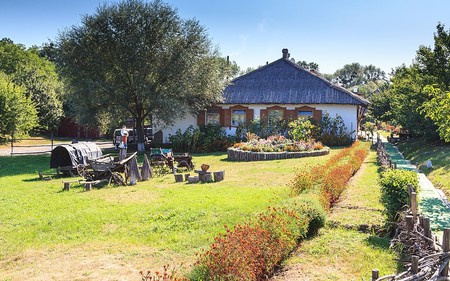 Spend a morning at the Poltava Dendropark

Poltava Dendropark is a wonderful oasis in the city, where you can admire Ukraine’s landscape art. Interestingly, during the years of German occupation, the area was completely destroyed for tactical reasons. The new laying of the park began in April 1962. Twenty-five years later, the new Dendropark had a modern look and was covered in more than 150 different kinds of trees and plants. Nowadays, there’s no better place in Poltava to escape from the city and relax. 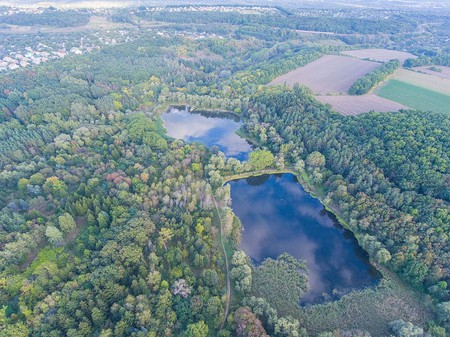 Enjoy the best spa experience at the Verholy Relax Park

If you have a free couple of days, plan a trip to Verholy Relax Park in Poltava. The hotel and spa complex is a perfect place for a weekend getaway. Cosy and minimal chalets and cottages are surrounded by a vast pine forest. Not to mention, their delicious signature dishes will have you feeling incredible in no time. However, the real gem of the hotel is an unforgettable spa, wellness and beauty centre that offers a wide range of services like massages, saunas, facial treatments and even a fitness camp. 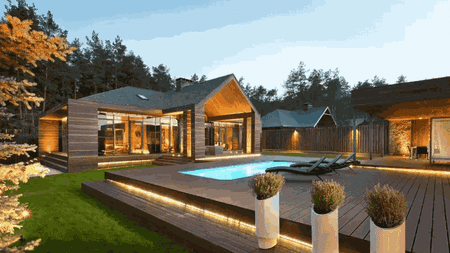