EUROPE
/
UKRAINE
/
LVIV
/
Things to Do

The Top 10 Things to Do and See in Lviv, Ukraine 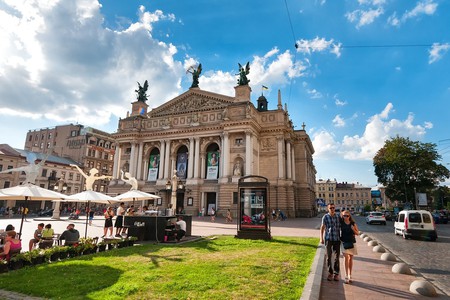 With a history tracing back to 1240, Lviv can be compared to an open-air museum that never ceases to amaze those who visit. Buildings and monuments with subtle moldings, numerous museums, and cosy ancient courtyards are genuine architectural masterpieces. Here is our guide to the top ten things to discover in Lviv.

Market Square, located at the intersection of eight bustling streets, is the most popular place for tourists and residents alike. It is imbued with the spirit of history, roughly paved with cobblestones and rimmed by exquisite buildings and refined antique sculptures. In the middle of the square lies the Town Hall – the seat of local authorities and beautiful viewing point in the city. 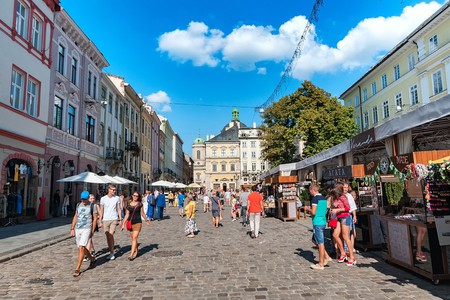 The Town Hall of Lviv is the highest one in Ukraine – 65 meters (213 feet). This architectural monument is included in the UNESCO World Heritage List. The building is currently occupied by the local authorities, but is also open to the public, at least those willing to climb the four hundred steps to enjoy a wonderful panorama of the ancient city. There is also a city clock in the Town Hall, which locals still use to get the exact time from the mechanism that has been working for centuries. 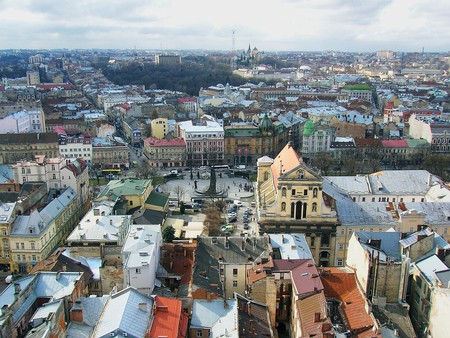 When in Lviv, a must-activity is to climb the High Castle. But do not expect to see the ancient fortification there. Nowadays, it is just a deceptive name of the ruins left there. It has been four centuries already since the castle was destroyed by Swedish troops. Why climb then? For the delightful view, which opens out from the top of the 413-meter-high (1354 ft.) mountain. 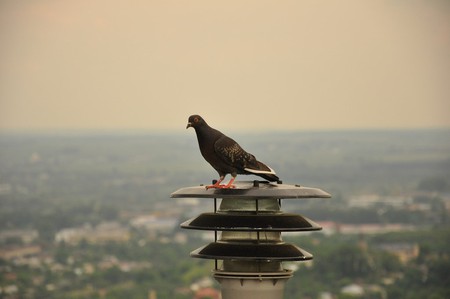 Get inspired at Potocki Palace

A beautiful palace in the style of Classicism was built in the 19th century by order of Count Potocki. The interior decorations were preserved in the style of Louis XVI: stucco moulding, gilding, colored marble. The beauty of the Mirror Hall, which holds various ceremonial events, concerts, and art exhibitions, is of special attention. Recently, the palace was rearranged into the Lviv Art Gallery, where visitors can admire the paintings of European artists. 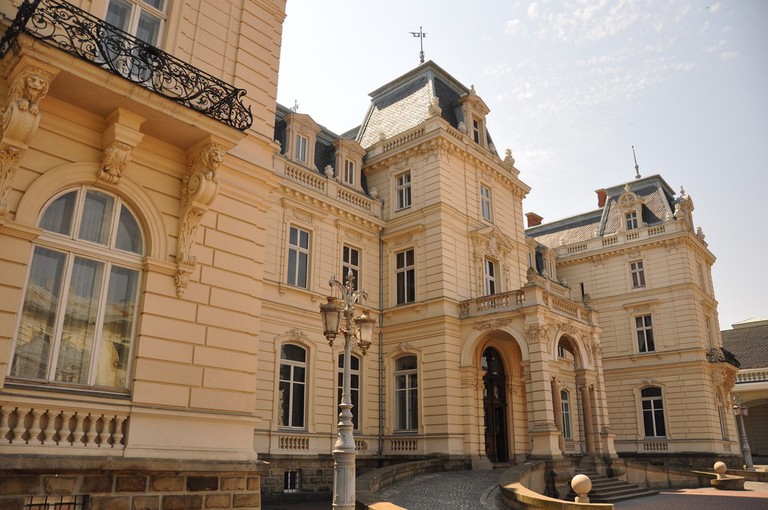 Get into the Baroque at the Bernardine Church

The church and monastery are a complex that is now an architectural and historical monument. Construction on the Bernardine Church began in 1660, and it took 60 years to build. Despite the modest exterior, the interior of the church is impressive: there are 16 altars, ceilings are painted in the Baroque style, and the benches are perfectly carved. Behind the church are buildings with cells, which now belong to the state historical archive. 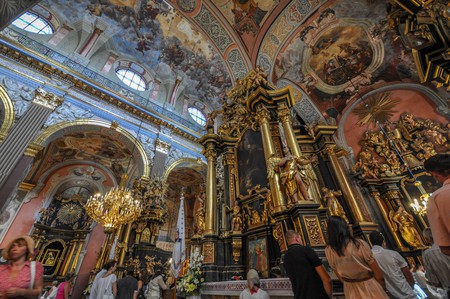 Take a walk through the Lychakiv Cemetery

Lychakiv Cemetery is not only a burial site but also a popular architectural monument and cultural preserve. There are more than 300,000 graves that date back to the end of the 18th century. The most renowned people of Ukraine are buried there. Among them is Ivan Franko (writer, poet, and political radical), Solomiya Krushelnytska (a prominent opera singer, after whom the Lviv Opera was named), Markiyan Shashkevych (a priest, poet, and translator). For the courageous ones, there are guided night-time excursions. 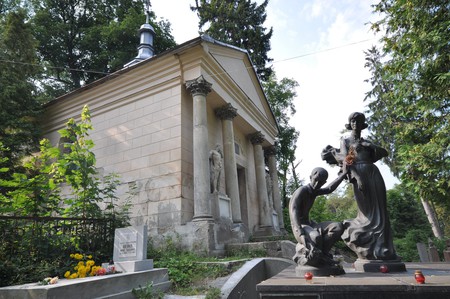 The Cathedral of St. George is a whole complex of buildings, which is included in the UNESCO World Heritage List. It consists of the temple itself, metropolitan chambers, and the bell tower. This Greek-Catholic cathedral is one of the most beautiful examples of Lviv architecture. The building was built in the Rococo style and decorated with various balustrades and sculptures. St. George’s Cathedral is full of the spirit of freedom, as throughout its existence it was a symbol of Ukrainian Lviv. 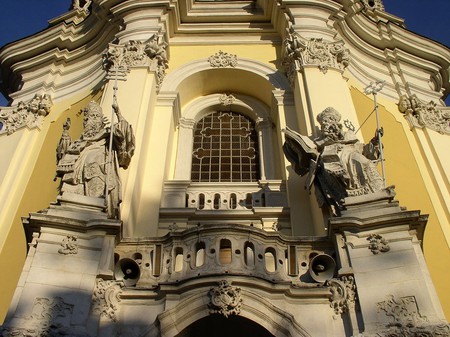 Visit the Lviv Theater of Opera and Ballet

The building of the Lviv National Academic Opera and Ballet Theater in the name of Solomiya Krushelnytska was built in the style of the Viennese Renaissance and is usually compared to the Vienna Opera House. It was constructed in the 19th century, according to the project of the famous European architect Zygmunt Gorgolevsky. The halls of the theater are decorated with sculptures and decorative paintings. The Theater is a calling card of Lviv city. 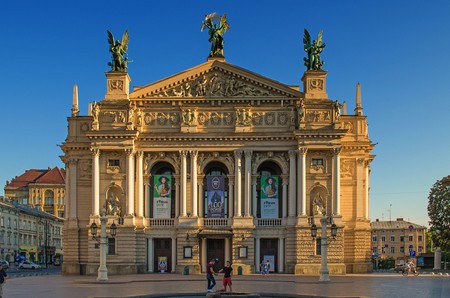 Stop in the Cathedral Basilica of the Assumption

The Cathedral is the main temple of the Roman Catholic Church in Lviv and the only temple in Ukraine, which is awarded the honorary title of a basilica. Cathedral Basilica of the Assumption, or Latin Cathedral, is one of the only cathedrals in Lviv, which was built over a hundred years ago and preserves within it the patterns of different architectural styles and construction periods at the same time (Classical, Baroque, Renaissance, and Gothic). The walls are covered with rich frescoes dedicated to the history of the city of Lviv of the past 700 years. 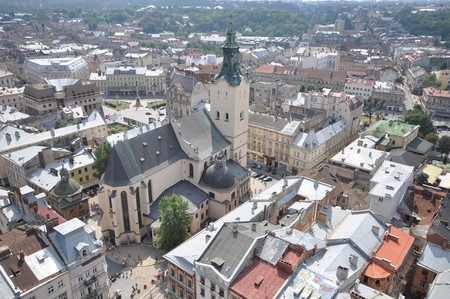 Admire the façades of the Dominican Church

The majestic architectural monument of the late Baroque style has original sculptural decoration and tall wooden statues of the apostles at the altar. The most striking feature of the cathedral is its Latin inscription on the façade: Soli Deo Honor et Gloria (To the One God, Honor and Glory). During Soviet times, the church performed the functions of a warehouse of building materials, then it transformed into a Museum of Atheism. But with the independence of Ukraine, the museum was renamed into the Museum of the History of Religion, which offers an engaging exhibition for visitors. 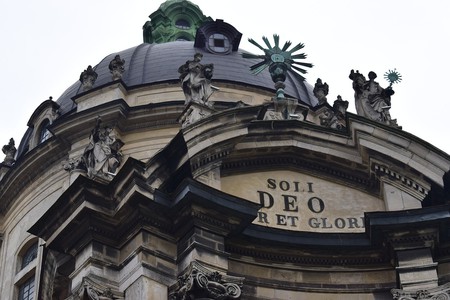