The Secret Guide to Lviv's Undergrounds 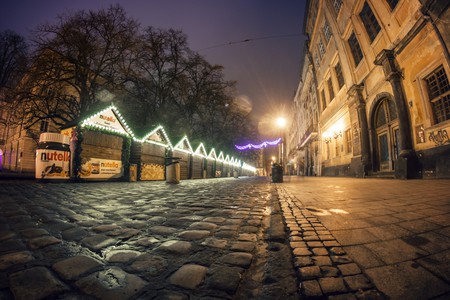 It seems as if all the main attractions of Lviv are located in the city centre: famous Market Square with hundreds of cafés and restaurants, cosy courtyards and ancient churches nearby. However, the true explorers know that cities are like icebergs. A lot of interesting things are hidden in the underground, which, by the way, are 62 miles (100 km) long.

The Dominican corridors, that constitute a part of the Dominican church, are the most well-known undergrounds in Lviv. A number of stories about them are impressive. For example, in ancient times it was a treasury, and later a princely prison. At first, you may think that you see the gallows along with the corridor, but the mechanism is much more complicated. In fact, it was a set of torture equipment that checked whether women were witches.

Jesuit dungeons or the Jesuit Church of the Saint Apostles Peter and Paul, is a historical sight. It has preserved the remains of the 13th-century construction, household ceramics of the 16th-century, a series of 17th-century murals and a sarcophagus from a solid stone of the 18th-century. In addition, in one of the premises, you can see how the real debt pit looked. The Jesuits were lending money to the poor, but not everyone could give it back. Therefore, those who did not have the opportunity to return the necessary amount were chained to the wall and held until their relatives or patrons could cover all the debts. In addition to borrowed, relatives had to cover the detention and nourishment expenses.

If you want to discover a more extreme venue than coffee mines, the Left Bank restaurant is a perfect choice. It occupies the dungeons of Lviv Theatre of Opera and Ballet on the banks of the River Poltva. In the middle of the 19th-century, the river flooded the basement of the Opera building. For this reason, a 93-mile (150-km) long sewer was constructed, to prevent the spread of various diseases and to hide the disgusting smell of the river. Locals still remember the existence of the Plotva, although it does not leak on the surface. At some days, in the Left Bank, you can watch the water flow of the river online (thanks to the cameras, installed in the sewer) and enjoy your dinner. 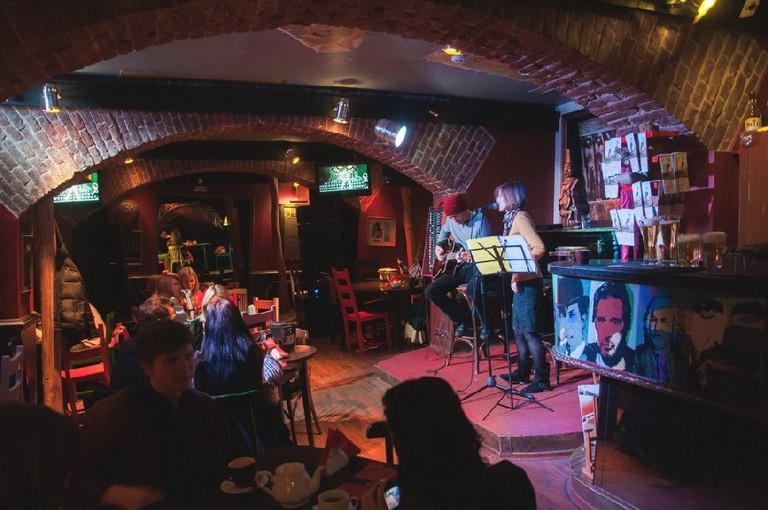 The Church of the Transfiguration, located in the Old Town of the city is named after the monastic Order of the Holy Trinity, founded by priests in 1198. Their purpose was the redemption of Christians from Muslim captivity, among which was even the author of Don Quixote by Cervantes. These are the largest halls in Lviv, connected with other undergrounds. Inside you will find basement chapels with altars. The myths say that the footprints on the walls along the corridors were left by wild animals.

One of the dives can be carried out in the Market Square (main square of the Lviv city), where the “tasty” undergrounds are situated. In the mines of the Lviv Coffee Manufacture, most of the legends are invented by the guides and embedded into the hard data about the impact of coffee production on the state-building. A short walk through tunnels in miner’s helmets is, actually, an engaging activity, complemented by the enchanting show of coffee preparation.

An architectural building with underground passages called Arsenal is an interesting place to visit. In the 15th-century, Arsenal was a fortification. During the Habsburg state, the museum was turned into a prison. Since 1800, there was a military warehouse, and then a food warehouse. Nowadays, its dungeons have a vast collection of weapons from 30 countries of the world. Just imagine walking through the corridors, which silently conceal a centuries-old history. 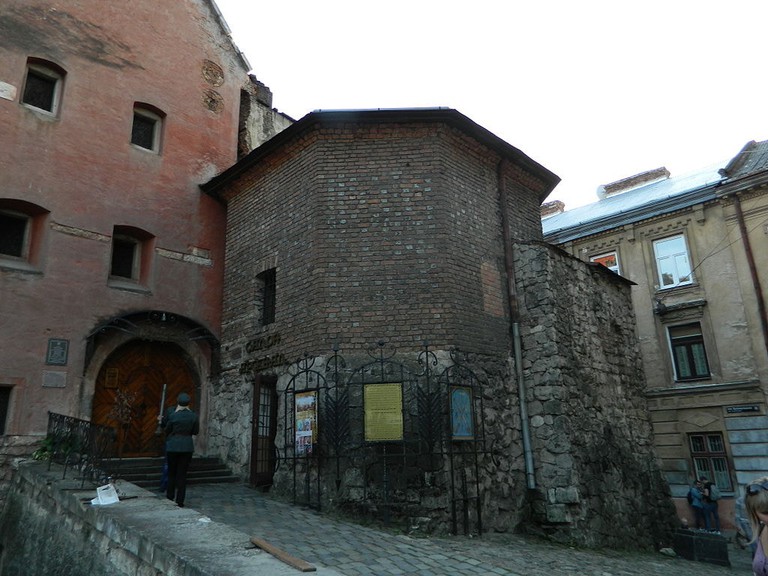 Museum
Facebook
Email
Twitter
Pinterest
Copy link
Share
Map View
Every trip to the city of Lviv implies visiting the Pharmacy Museum, which has already been operating for almost three centuries. Its history traces back to the Middle Ages. The museum exhibits old levers and cash registers, utensils, books with ancient recipes, a laboratory of the medieval scientist-alchemist and its equipment for the manufacture of medicines. Pharmacy dungeons are of special importance. It is a place where not only pharmaceutical products used to be produced, but also make-up, coffee and cakes. Later, having received the right to sell alcoholic beverages, the pharmacy served wine.
Open In Google Maps
Stavropihiiska Street, Halytskyi District L'viv, L'vivs'ka oblast, 79008, Ukraine
+380322355656
Visit Website
Give us feedback
Give us feedback