The Best Things to See and Do in Lutsk 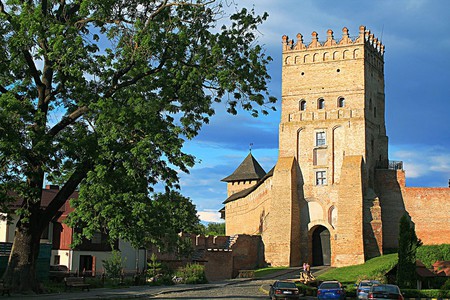 The lovely city of Lutsk is an important destination for those who want to explore the history and regional particularities of Ukraine. Located in Western Ukraine, it is one of the country’s spiritual centres, with a large number of churches, cathedral and monasteries. Not surprisingly, it is also called a little Rome.

Lubart’s Castle is the most well-known attraction in Lutsk and one of the greatest castles in the country. The 14th-century fortification is a monument of the Grand Duchy of Lithuania epoch in Ukraine. Built by Russian-Lithuanian Prince Lubart, it is also referred to as the High Castle. On the territory of the fortress, there’s also a cultural complex consisting of several museums: the Art Museum, the Bells Museum, the Books Museum (more on this below) and the Weapons Museum. 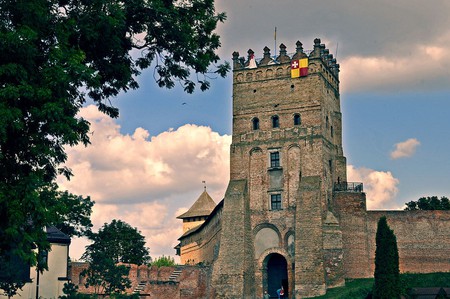 Saint Peter and Paul Cathedral is a Roman Catholic church. This remarkable Society of Jesus (Jesuit) legacy appeared in Lutsk in the 17th century. It is built in the Renaissance and Classicist styles and, luckily, has been preserved in the pristine fashion to this day. Moreover, Saint Peter and Paul Cathedral is considered to be the highest Jesuit church in Eastern Europe, which rises 26 meters (85 feet) into the sky. The Lutsk Dungeon, located under the church, is a must-see spot and is free to access (see below). 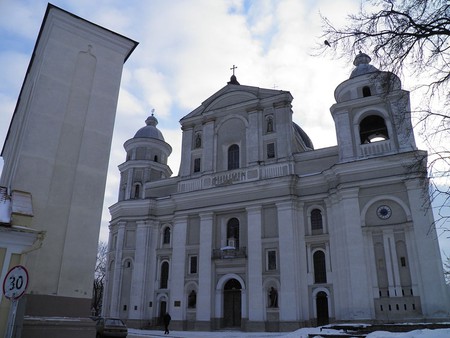 Descend into the Lutsk Dungeon

In addition to the regular streets and avenues, Lutsk’s underground passages are no less interesting. Their roots trace back to the 15th and 17th centuries. During Jesuit times, they were used as a jail, as cellars to store goods and a place for sacred objects. Meanwhile, during the Second World War, the dungeon became a bomb shelter. Nowadays, these unusual three-story dungeons, located under Saint Peter and Paul Cathedral, are draped in mystery and legends, which you can hear during the guided tour to these underground areas.

Lutsk is an ancient city that has a typical Old Town. There are historical monuments and souvenir stalls, cobblestoned streets, beautiful fountains and green spaces. Among the main attractions are Lesya Ukrainka Park (a favourite destination of locals), Chartoryiskykh Tower (a Lutsk fortification), the central market with traditional Ukrainian goods like salo (pork fat), the Pharmacy Museum and the Choral Synagogue (an old synagogue with a defence tower). Located close to each other, these sights will help you get a general idea about the city’s history and everyday life. 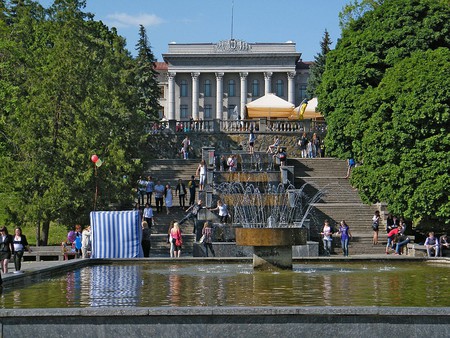 Cascade of fountains in the park | © Борис Мавлютов / WikiCommons

The Volyn Icon Museum (Volyn is a historical region in Ukraine) is an interesting venue for fans of the sacred art. It features an impressive collection of more than 1,500 items: icons of the 17th–19th centuries, crosses, liturgical books, sacred sculptures and utensils. There’s also a unique chapel hall, where visitors come to see the Kholm Icon of the Mother of God, whose origin dates from the 11th century. The museum holds presentations, meetings, concerts of chamber music and spiritual singing performances.

Wander around the Lutsk Zoo

If you’re travelling with children or would like to get away from the crowded city, the Lutsk Zoo is a lovely place to visit. It was established to preserve rare species of animals in Ukraine and to acquaint locals and tourists from all over the world with the unique nature of Volyn. In total, more than 40 species of fauna, 88 animals and 35 birds can be found here. In addition to the overall zoo space, there’s also a small contact zoo, where kids can touch and feed the animals.

Get inspired by the Books Museum

The Books Museum in the Lutsk Castle is a venue that everyone, from children to adults, will enjoy. The majority of the collection is composed of antique books, the oldest of which is over 350 years old. There are three rooms with different exhibitions. The first one goes into the publishing history of Europe, showcasing the 15th-century printing press. Other rooms have a variety of printed editions of the six most famous printing houses of Eastern European countries. Special attention should be paid to the rare exhibits like the 1644 Gospel book.

Marvel at the house of architect Golovan

Located on the banks of the Styr River, the so-called House with Chimeras (similar to the one in Kiev) is the most unusual attraction in Lutsk. The architect Mykola Golovan has been working on it for over 30 years. Currently, it is adorned with about 500 sculptures in a variety of styles, from Gothic and Renaissance styles to classic and fairytale pieces. The greatest object is the bas-relief depiction of all the sculptor’s family members on the pediment of the house. 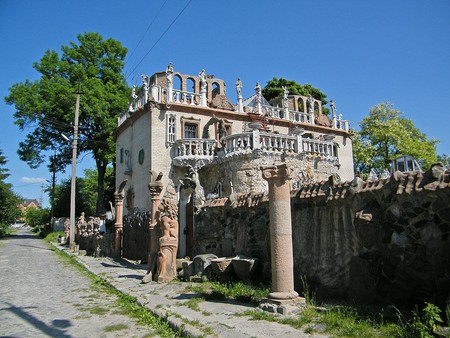 Gaze at the greatness of the Lutheran Church

The Lutheran Church is one of the city’s youngest attractions, which was built in the early 20th century. Completed in the Neo-Gothic style, it has the same name as the street on which it is situated. In Soviet times, the church was used as a secular building, and after the collapse of the Soviet Union, it was handed over to the Baptists. Thus, it is a Baptist church at the moment. It is located some distance from the city centre of Lutsk, yet its spire makes the church an easily visible attraction from afar. 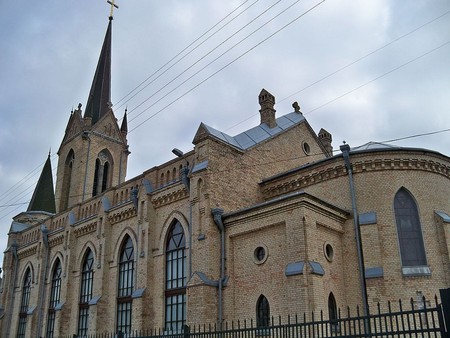